Every country and every city has its specialities. When visiting the MEININGER cities, not only the most famous buildings and museums should feature on the sightseeing tour, the culinary offerings of each city should also be sampled, too. Here’s a brief overview of the very best foods and drinks on offer in our cities.

Fish is pretty much unavoidable in Hamburg! Whether from the River Elbe or North Sea, nothing but the freshest fish is served here. And it is best bought directly at the fish market. The tastiest fish can be purchased on Elbstrasse in the city’s Altona district every Sunday morning. However, many restaurants also invite visitors to indulge in a typical Hamburg meal. Hamburg is renowned for its beer culture, too. Astra is one of the most popular beers in the city, and is well known thanks to the company’s major advertising drive. 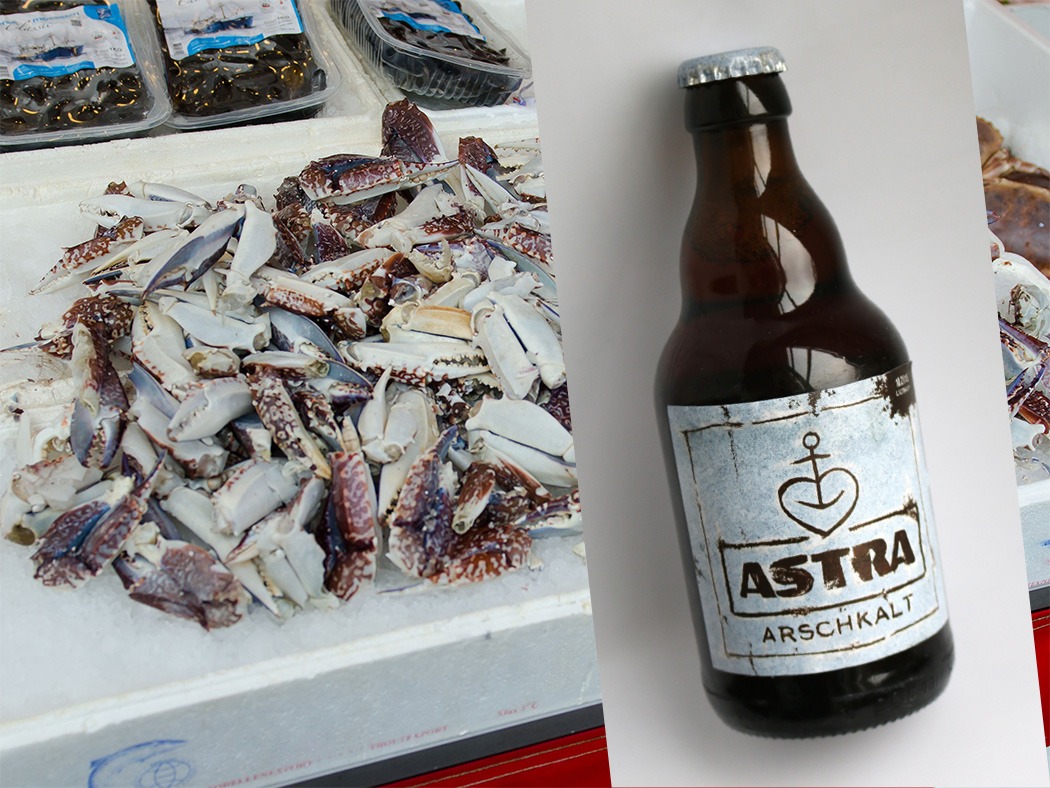 Brussels also looks back on an eventful brewing history. Indeed, it is not without reason that the MEININGER Hotel Brussels City Center is housed in a former brewery. And what could be better than sampling a Belgian beer in our hotel bar – a Leffe, perhaps? Those visiting Belgium simply must try the waffles. Whether plain with just a sprinkling of icing sugar, fruity with cherries, or drizzled with chocolate sauce for a real sugar high, the Belgian waffles are an absolute must-eat! 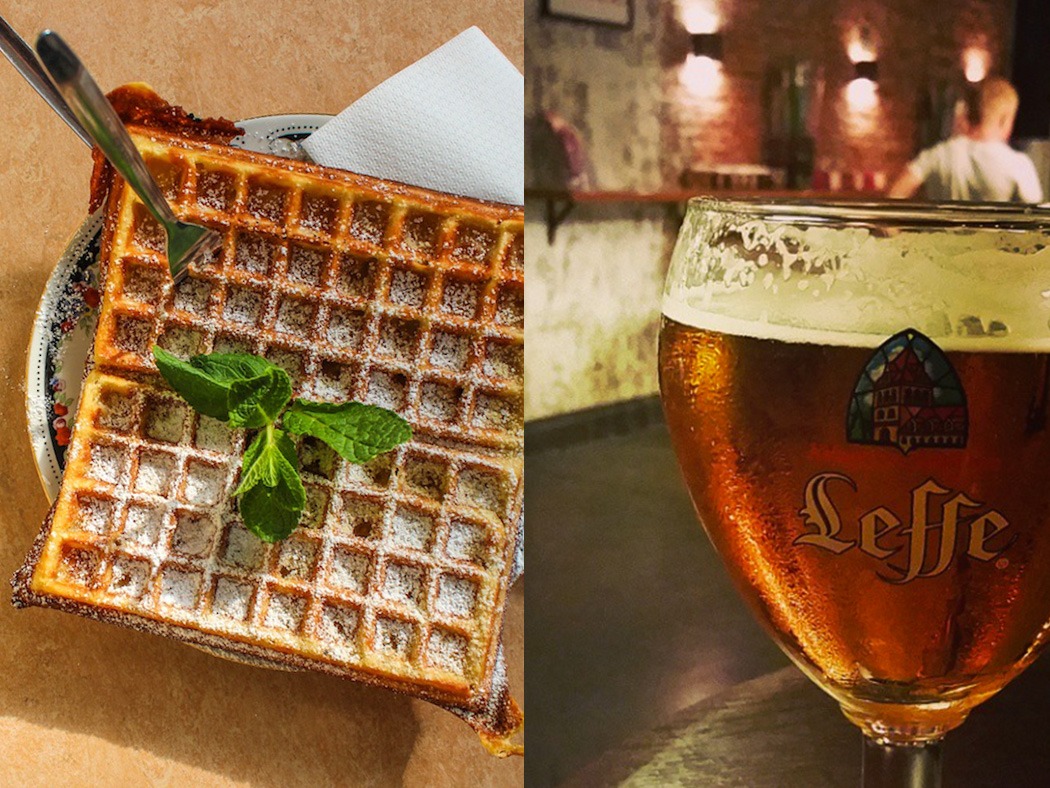 Besides a classic English breakfast with beans and bacon, traditional fish ‘n’ chips should definitely feature on the menu when visiting London. This national dish is served in countless rustic pubs and restaurants – and the opportunity to sample it should by no means be missed. Teatime is also a typically British phenomenon. And nowhere can a cosy cup of Earl Grey better be enjoyed than in London on a rainy afternoon.

Viennese cuisine is renowned the world over. Indeed, alone the coffee culture makes a visit worthwhile. Be sure to visit one of the many coffee houses during your stay. We recommend a Grosser Brauner, which is a coffee with a dash of milk and a slice of the world-famous Sachertorte. The confectionery by Manner naturally also shouldn’t be forgotten – in fact, there is an entire shop devoted to these sweet treats in Vienna. 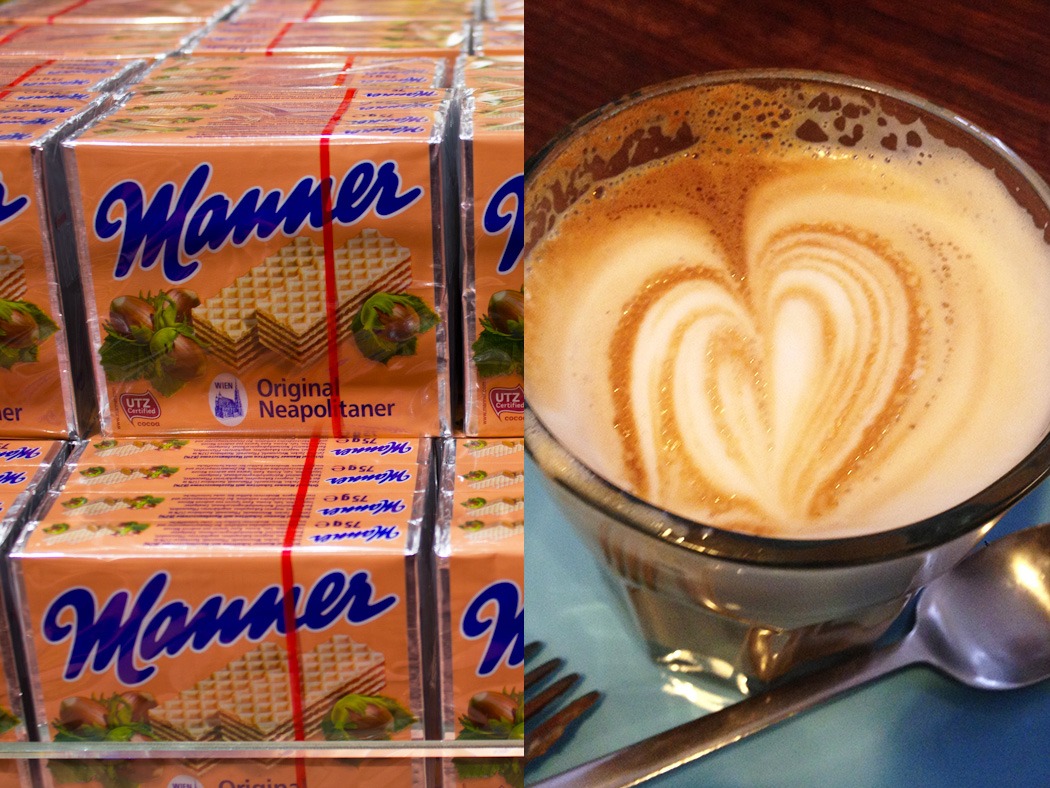 A Stiegl beer in Salzburg is an absolute must. The breweries are worth a visit, and the many beers should definitely be sampled. Special beers such as chocolate beer also attract curious visitors. A wide range of offerings are available for visitors both young and old. Ideally, you should go to one of the regional markets to sample the many Austrian specialities, such as Käsekrainer cheese sausages. 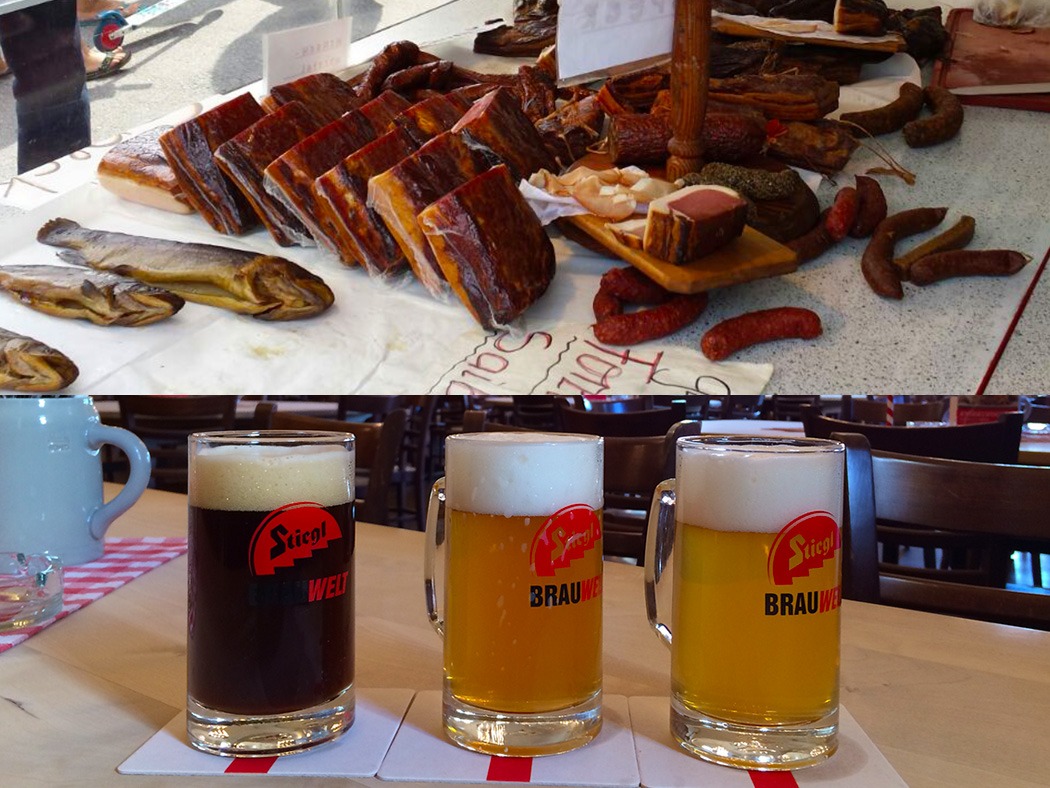 Munich is the epitome of Bavarian specialities. A great many breweries await visitors – whether Löwenbrau or Augustiner, there is definitely something for everyone. Under no circumstances should you leave the city without first having drunk a Mass litre mug of beer. The tasty beer is best enjoyed with fresh pretzels and Obatzda cheese, or Schweinshaxe roasted ham with dumplings. 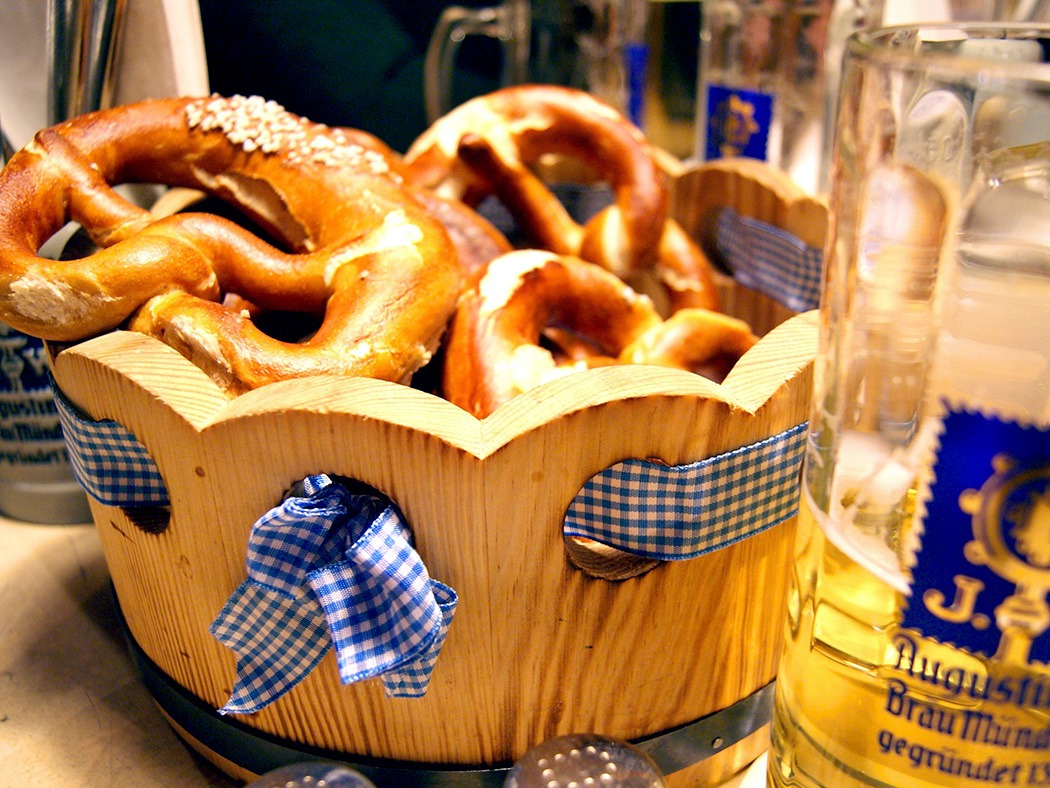 According to the local saying, “Kölsch is the only language you can drink”. Kölsch is the most popular beer in Cologne and is served in narrow little glasses. It is traditionally enjoyed with a halver Hahn – which literally translates as “half a chicken”, though not a chicken but rather an open sandwich with cheese is meant with this. Those who prefer something sweet should visit the city’s chocolate museum.

Frankfurt is not only renowned for its banks but also for its many specialities. A glass of Apfelwein (apple wine) is an absolute must during your visit. Lovingly referred to as Äppler, Ebbelwoi or Stöffche, Frankfurt’s traditional drink is served in special glasses with a ribbed texture featuring a diamond pattern, and are a much sought-after collectors’ item. Apfelwein is best enjoyed with gruene Sauce (green sauce). Prepared using fresh herbs that lend the distinctive green colour, the sauce goes perfectly with fish. Don’t let yourself be put off by the colour though, and make sure you to try this local speciality when in Frankfurt. 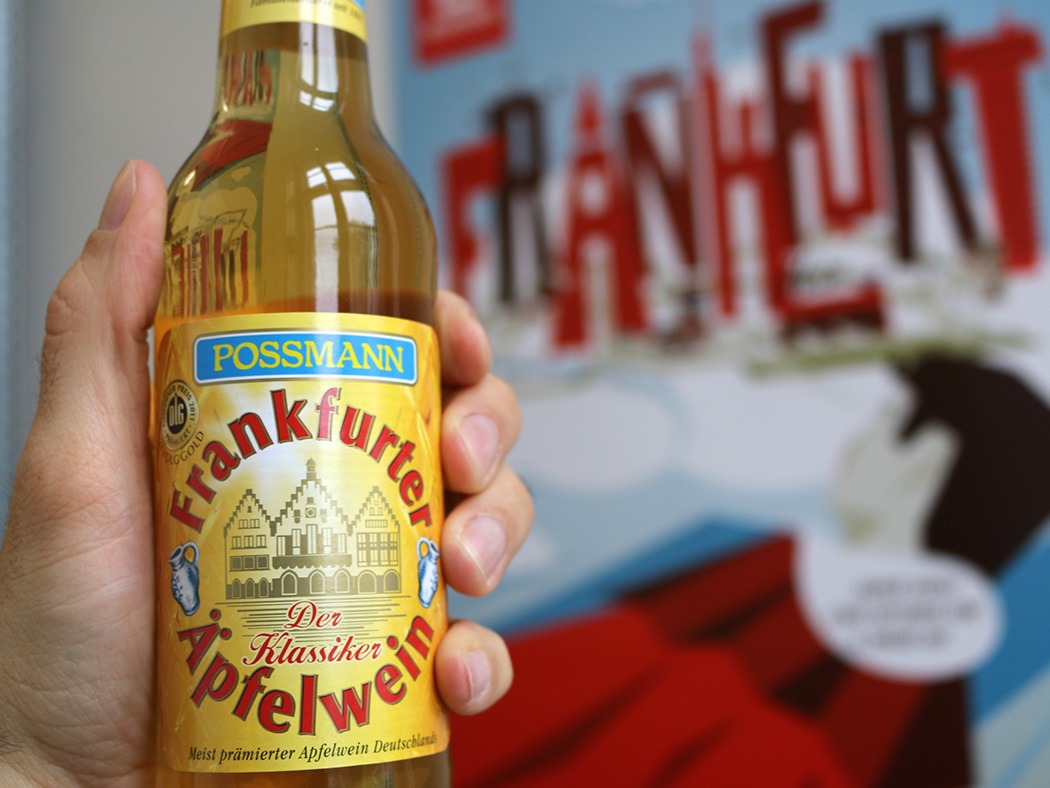 Amsterdam, the city of diamonds, and above all flowers and canals. No culinary wish will remain unfulfilled in the city either. Visitors should be sure to visit a dairy to sample the many different types of cheese. The Heineken show brewery is the best place to enjoy a freshly tapped beer. 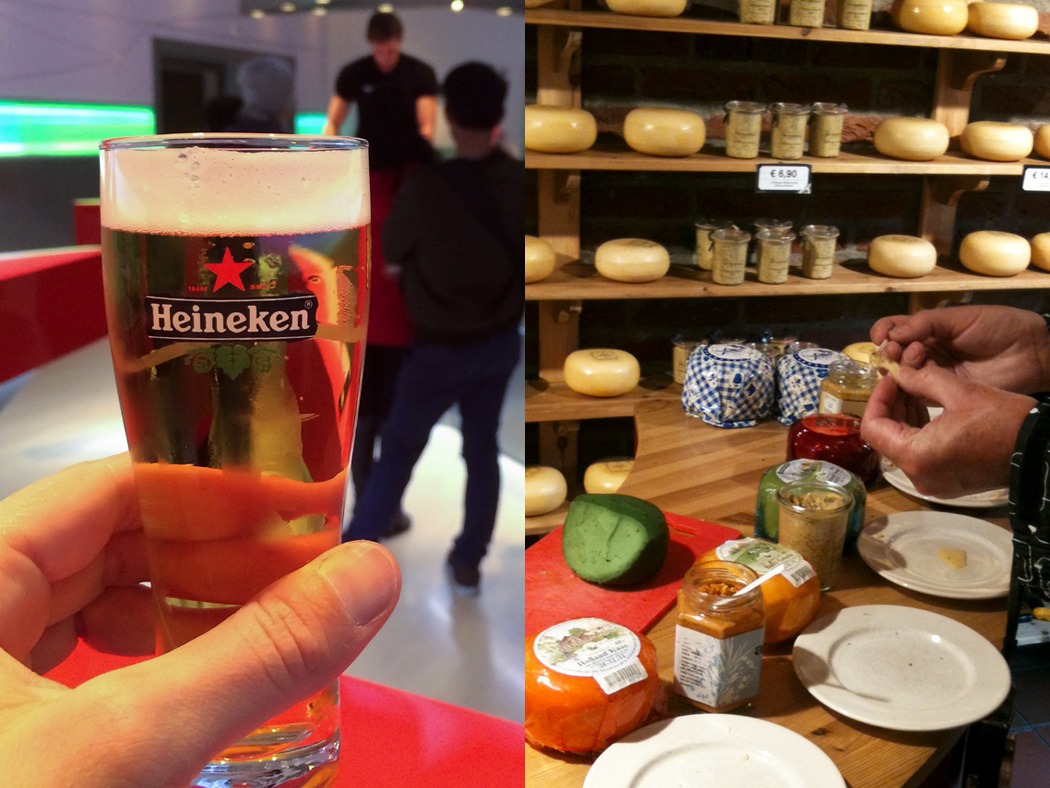 Countless culinary offerings can be enjoyed in Berlin, and visitors to the city will also be able to quench their thirst whilst enjoying the many flavours. A Currywurst is an absolute must when in Berlin. This fast food dish consisting of tasty pork sausage with curry ketchup was invented in Berlin by Herta Heuwer back in 1949 and has been an absolute hit ever since. There is even a museum in Berlin dedicated to nothing but the Currywurst! Alternatively, you can opt for a Döner (doner kebab). There are in fact over 1,600 doner kebab shops in Berlin – that’s more than there are in Istanbul! This is perhaps unsurprising though, given that the Döner was invented in Berlin. These tasty snacks are best enjoyed with a cloudy Berliner Weisse wheat beer – either the classic version, or flavoured with a shot of raspberry or berry syrup. Berliner Weisse is very much a piece of Berlin culture. 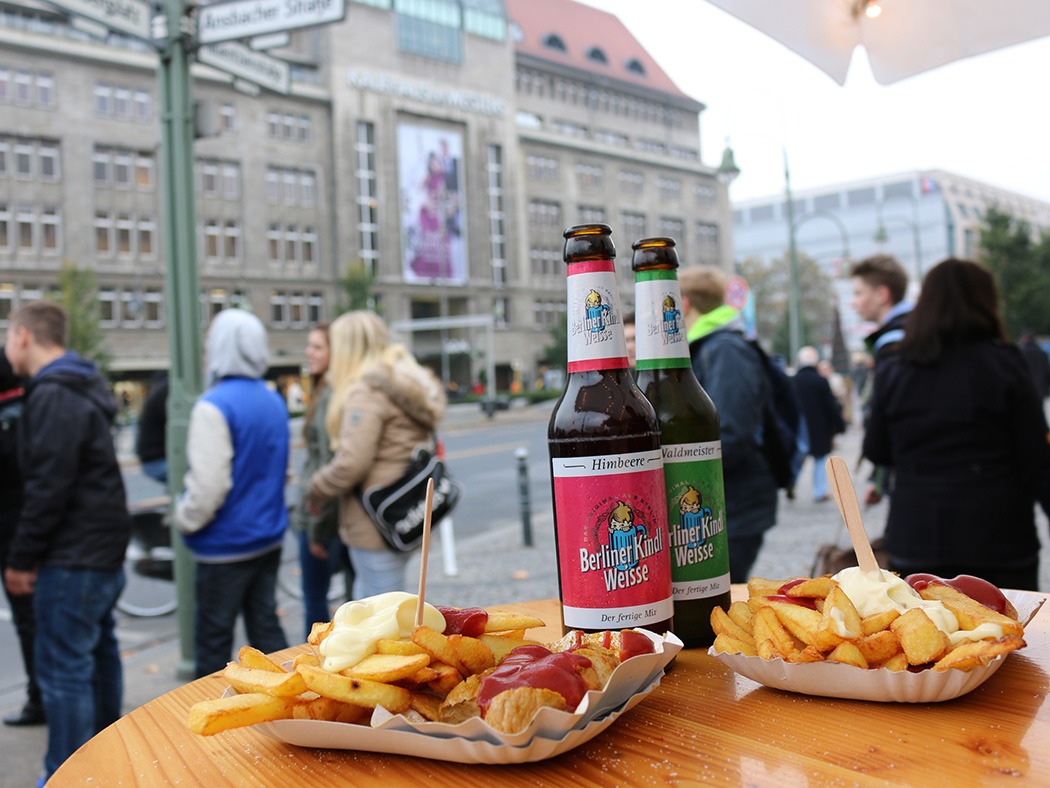