Anna Heinrichs designs pyjamas that are almost too nice to sleep in.

So, Miss Heinrichs, when was your last pyjama party?
I don’t think I’ve ever been to one! It’s funny, because today I couldn’t imagine a life without pyjamas.

It’s unusual for a young designer to specialize in nightwear. How did that come about?
When I was looking for pyjamas for myself, it became clear to me how little choice there was. Blue, stripes, checks – that was it. Everything looked so old-fashioned and drab.

In complete contrast to your collections. They display such vibrant colours and distinctive prints, reminiscent of old master paintings.
I draw inspiration from Victorian-era design and art. Art historians later coined the term “horror vacui” for that particular aesthetic, filled with detail and embellishment. 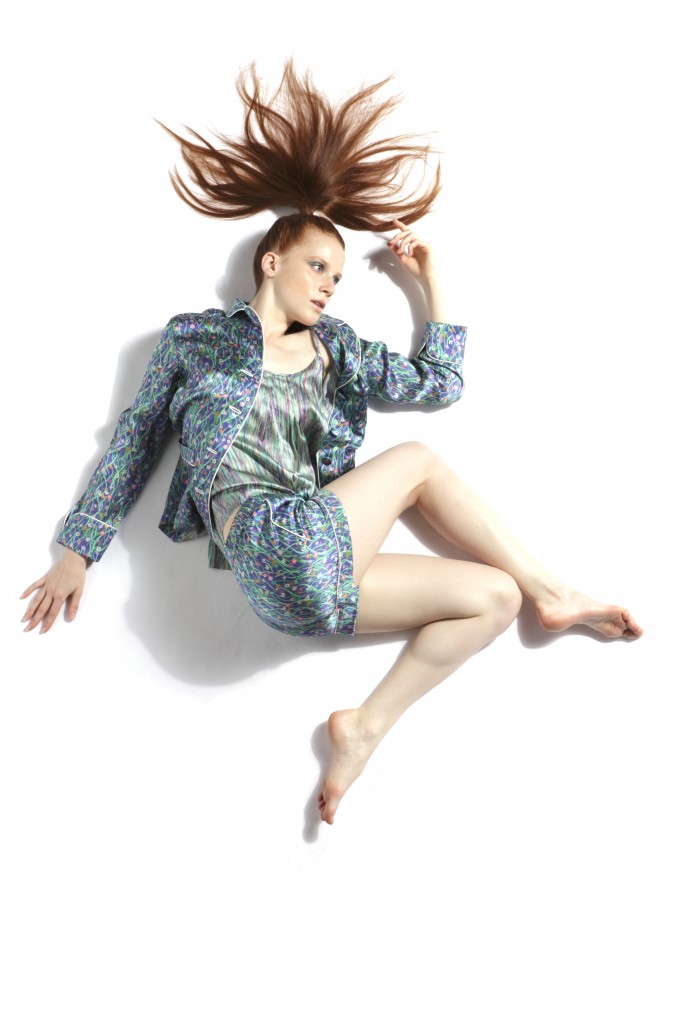 Horror Vacui is also the name of your label. What does the term mean exactly?
It comes from Latin and means “the fear of emptiness”. In terms of the art of the time, it refers to the need to fill every surface with colour and drawing.

Most young people today sleep in their underwear. Do you find that unstylish?
I think that there’s something dignified and ceremonial about putting on good quality nightwear.

In that respect, wearing two-piece pyjamas was long deemed unseemly – at least for women.
That’s true. A hundred years ago, women were only meant to wear negligees with lace trimmings. Until Coco Chanel arrived on the scene and said, I think I’ll make myself comfortable and sew some silk pyjamas.

Coco would even wear her elegant pyjamas during the day. Do you?
Of course! With the right accessories, pyjamas can be styled to many different effects. On their own, pyjama tops can be worn as a blouse or a blazer. This summer, one of my clients wore Horror Vacui pyjama shorts paired with a tank top and heels. She looked fantastic!