Artisan blends and passionate baristas: Britain’s independent coffee scene is blossoming. Over the course of the last decade, the British café scene has been on an exciting journey. Last year, as a nation the UK spent just over £370 million on coffee. Yet a recent report also shows that ever fewer of us are lapping up lattes and casually consuming cappuccinos, with coffee sales taking their biggest slump since 2006.

This aside, there is an increasing cluster of independent coffee shops popping up on the British high street, with more and more people choosing to support their local baristas and shun the giants. This has led to a wealth of exciting, artisan coffee artists who are creating their own innovative signature blends and making their unique mark on the coffee market.

The city of Norwich in East Anglia claimed the coveted title of British High Street of the Year 2014 and is also home to three coffee vendors that could be said to embody the spirit of the new café movement in Britain. With their individual characters and differing approaches, On the Move wanted to find out more and sent me in to quiz the experts. 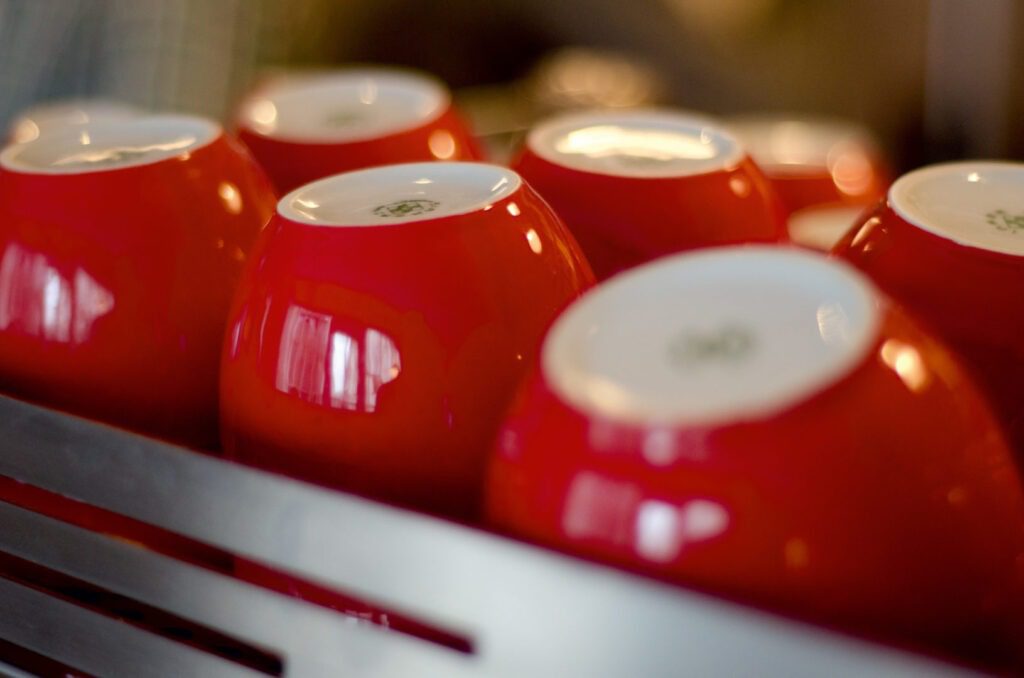 The Little Red Roaster has been an exciting player on the scene for the past thirteen years. Starting as a humble stall in Norwich Market, owner Darren Groom claims that some of the world’s foremost coffee knowledge comes from the UK, and he has just opened his third premises in the city.

“Speciality Coffee can be daunting for people. We wanted to make a place where everybody can come and not be intimidated. We try and create a relaxed experience in our shop, an experience that is not too alien.” 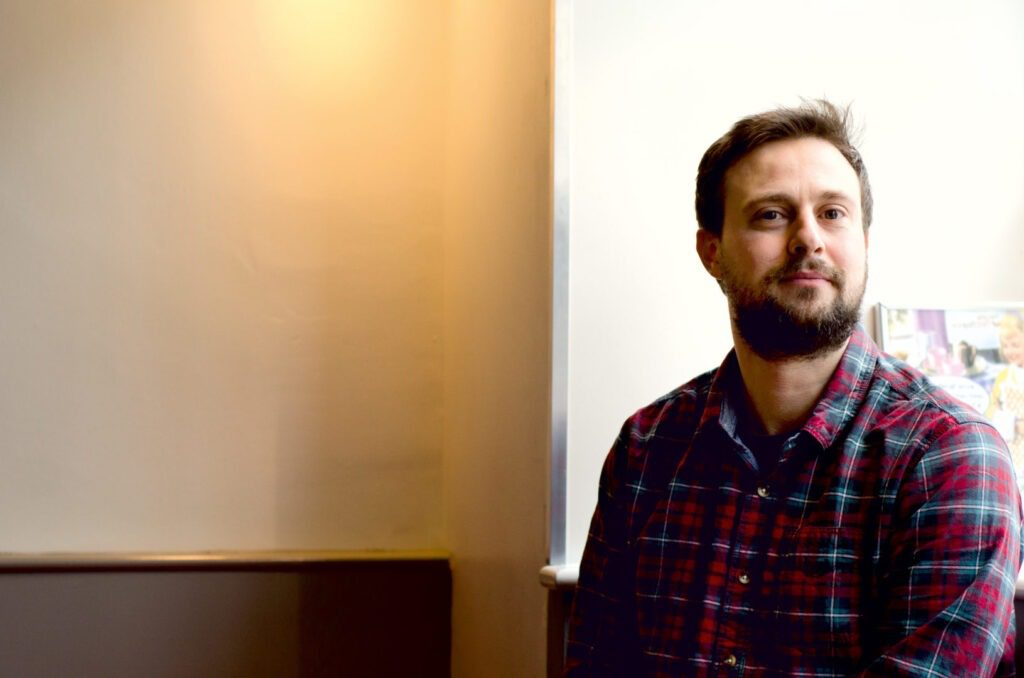 When asked how he started in the coffee industry, Norwich-born Darren spoke of his time living in Australia. “Coffee was a new thing for me when I got to Australia. A guy in a pub offered me a job and I started working in a café that he owned. Back in the UK, my best friend and I started selling coffee on Norwich Market. Basically, the move was based on not being able to get coffee to a standard anywhere near the stuff we were drinking in Australia.”

The more I spoke to Darren, the more apparent it was that he takes a really exciting and passionate yet highly technical approach to his craft. Each day, Darren and the team refine their blends by varying the ratios and recipes. For The Little Red Roaster, the search for the perfect coffee begins with the bean farmer, then to the roaster. Next, the quality of the precisely filtered water in the shop is followed by the creativity and expertise of the team.

I asked Darren about his views on café culture in the UK. “It is growing and growing. People will always need a meeting point for socialising and for work. The Little Red Roaster aims to combine the perfect café with the perfect coffee.” 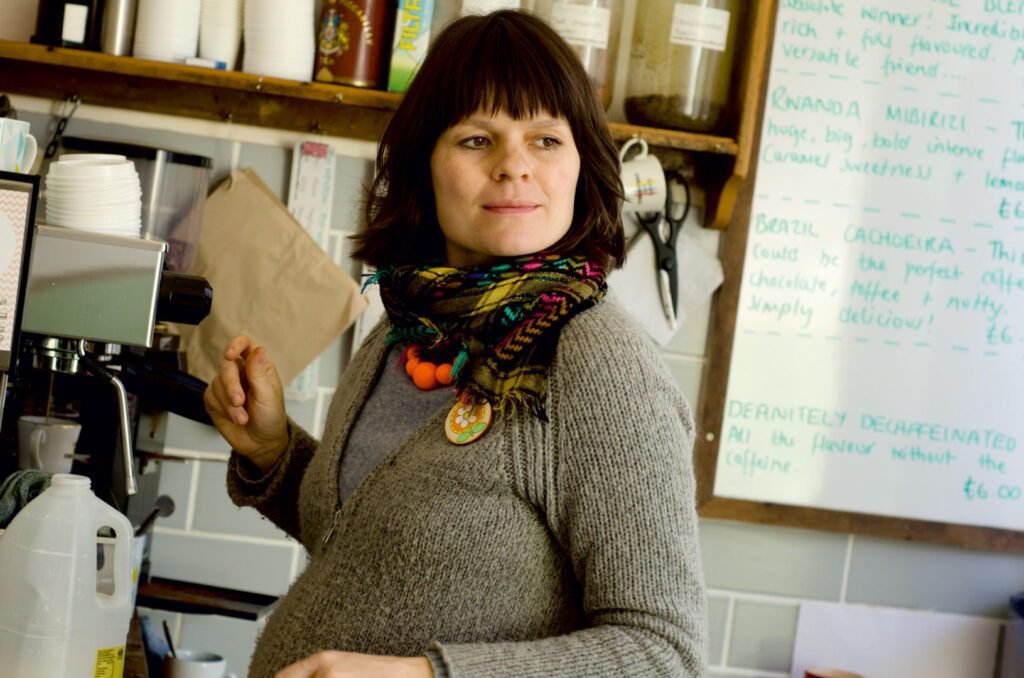 Hayley Gosling opened The Window coffee shop in 2010 and, to her surprise, quickly earned the title of smallest café in the world. She started in the industry at the age of fourteen and has recently been touring the world on what she calls a ‘café crawl’. Her little shop greets you with charmingly steamy windows that slowly reveal tempting sweet edibles the closer you get to the door. She claims her approach to coffee strays away from exact science and is led by something far more person-centred and almost spiritual.

“For me it’s all about happiness and wellbeing, although the coffee has to taste bloody good too! There was a lack of artisan coffee in Norwich, I felt frustrated that people had to put up with inferior brews. I saw it as my mission to educate and share the beautiful world of coffee with the people of Norwich.” 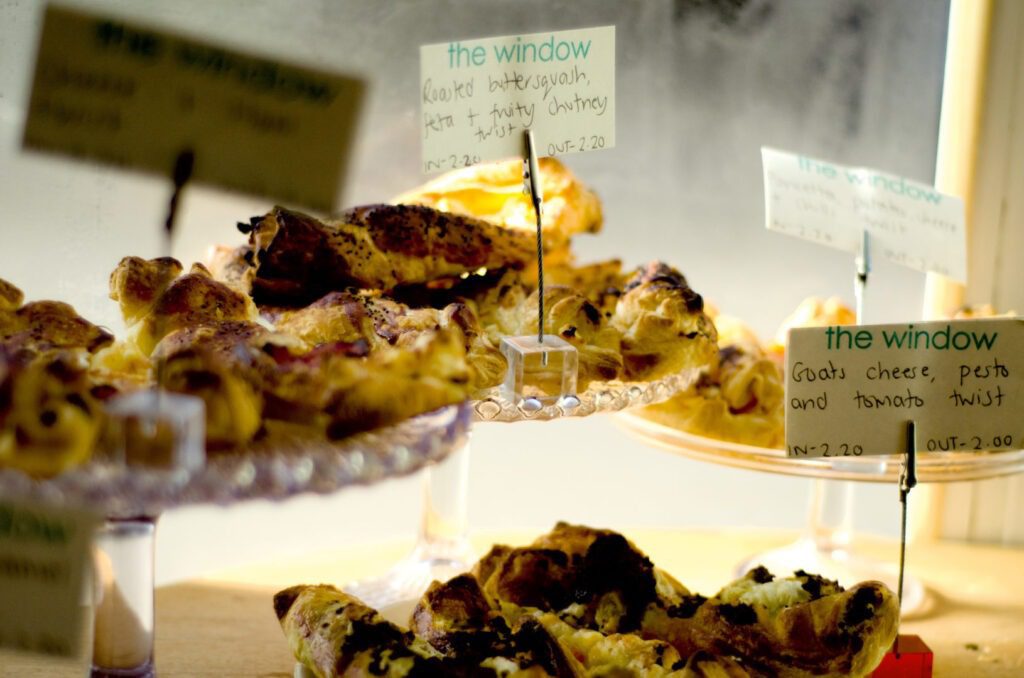 As I drank my delicious light roast ‘stretched espresso’, I saw firsthand the sense of community that Hayley is aiming to build. Strangers gathered around the single, intimate table, happily sharing conversations about their favourite films, books and of course coffee. I asked her why people should support their local specialist coffee shops rather than go to large chains.

Kofra, Speciality Coffee Brewer is seen as the ‘new kid in town’. Ex-chef and total coffee enthusiast José De León opened his shop in 2013 and represents a very new and exciting side of the industry. Serving nothing but coffee and a very limited range of carefully sourced pastries, Kofra takes what you know about coffee and spins it on its head. Upon arrival, I was casually asked questions about my coffee preferences. As a result, I was handed a cup of light, amber coffee with a refined citrus acidity from, what he calls, The Monstrosity, Kofra’s large, industrious filter machine. I expect all filter coffee to be drab and burnt, but this was special! It had a depth and range of intelligent flavour that suited my taste buds perfectly. The Kofra team tailor-make individual coffee experiences for each customer who walks through the door. 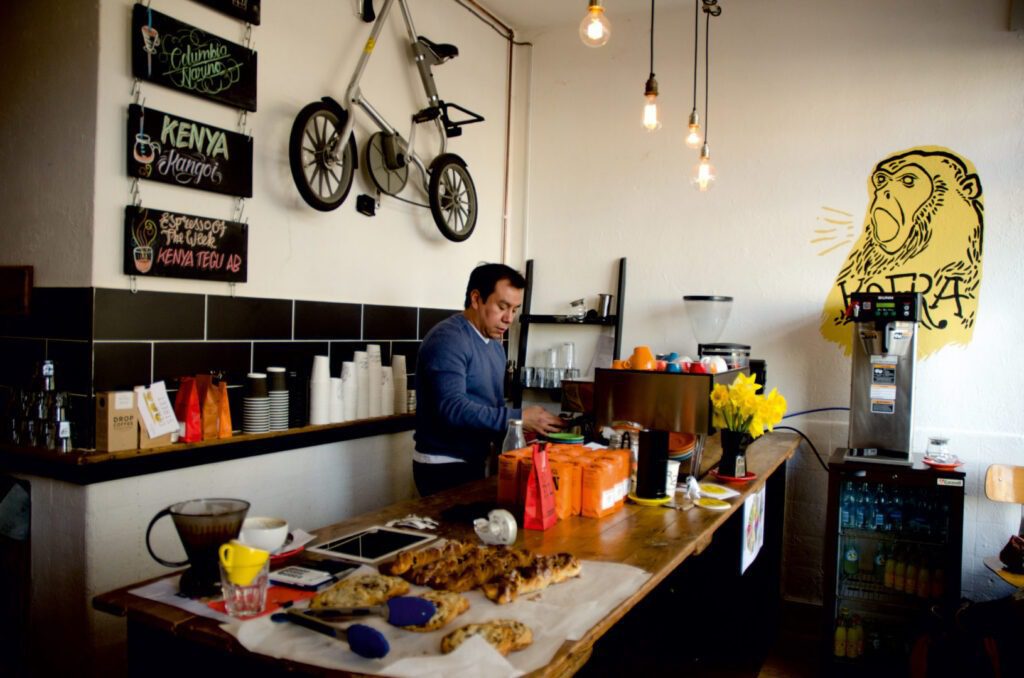 “Coffee is personal to you as a consumer, but is very personal to me as the way I choose to present it and the experience I try to give you. With coffee you can either go the Italian way or the American way. We look to the Scandinavians for inspiration. It’s a lighter blend of coffee, I believe it’s more exciting.”

Asked about the term ‘speciality coffee’, José explained that this is a title awarded by the Speciality Coffee Association of Europe, whose rigorous panel of experts ranks coffees on a taste rating of zero to one hundred. Any blend awarded over eighty-four is deserving of the speciality qualification. This status can be of huge benefit to farmers, giving them the means to charge a fair price for their produce and create an ethical, sustainable business. 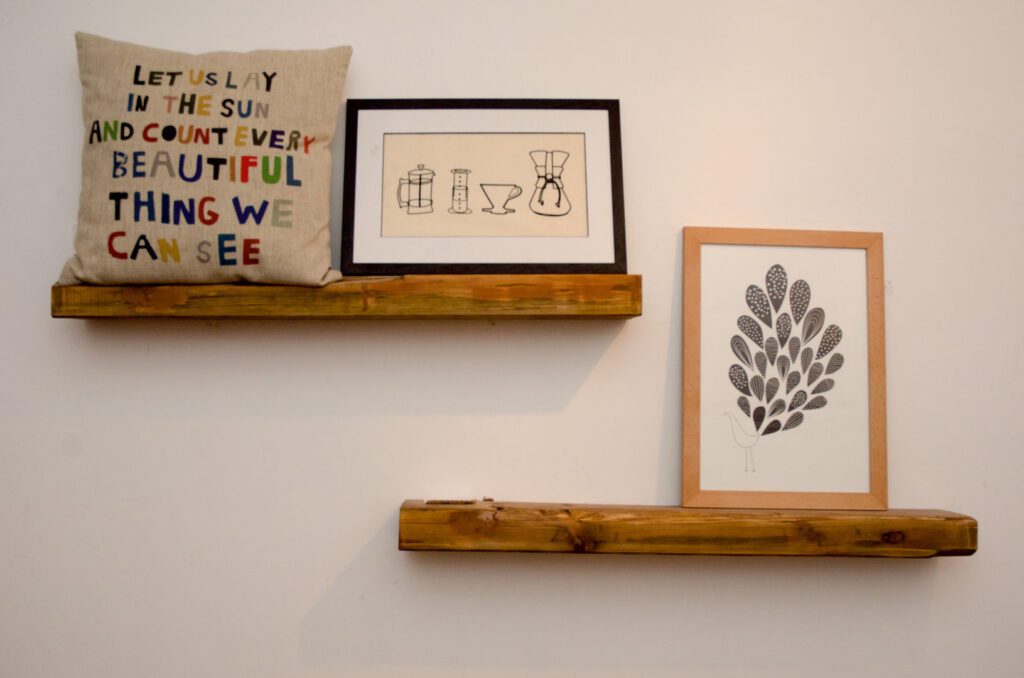 According to the Kofra team, café culture is evolving daily. “Our main customers are internet savvy young people. They know when coffee is in season, where it is grown and how it should taste. There is a whole generation coming up after us who will take the industry to a really exciting place.”

The UK coffee scene is blossoming, hot on the tails of coffee capitals like Australia and New Zealand. Following the advice of all three experts, any budding baristas out there should get their hands on some scales and a thermometer, find a good local supplier of fresh coffee beans and start experimenting! 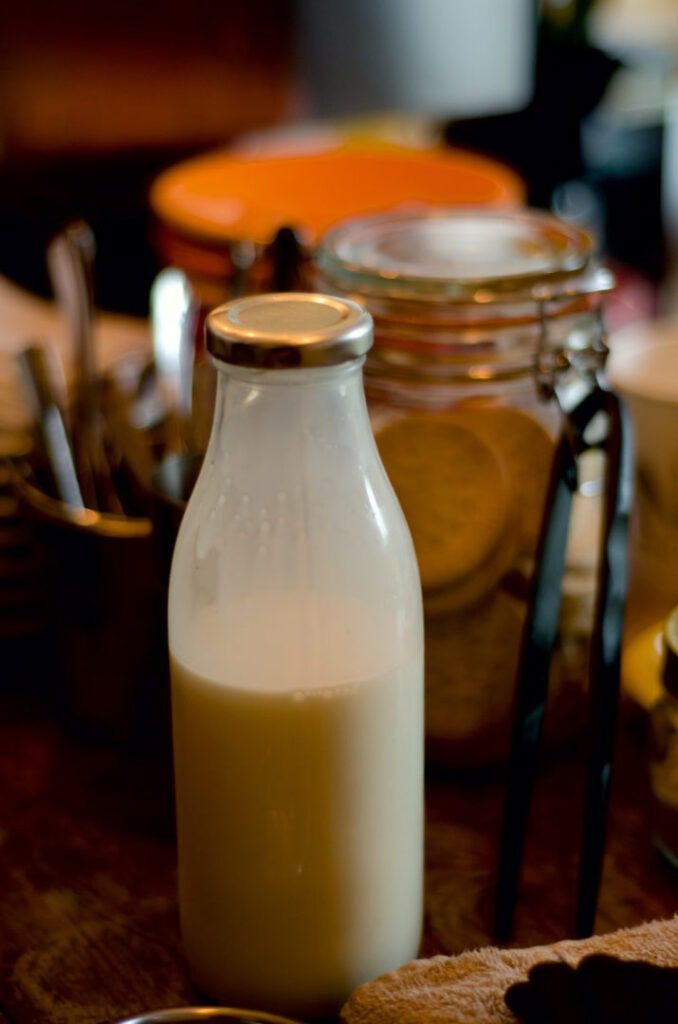