For four weeks this summer, half of Europe will be at risk of getting sunburn while they sit glued to a big screen for a good 90 minutes. Yes, the time has once again come: the 2016 UEFA European Championship will take place in France on 10 June to 10 July. It will be the first time in the tournament’s history that a total of 24 teams participate – and the last time that it will be hosted by one single country.

Reason enough to present some of the best places to watch football on a big screen.

“Das Nord2” in the Ostend district of Frankfurt has long been a popular venue among North Germans and fans of the German coast. The North German enclave in the apple wine capital offers Frisians in exile and their sympathisers full coverage of all the matches of Germany’s northern clubs, and particularly Werder Bremen. The North German speciality of Küstennebel aniseed schnapps with Astra beer is served here in an authentic style, helping the traditional establishment to successfully instil the cosy-warm feeling of back home in every North German. People from other regions are also very welcome in the smokers’ bar during the football tournament. Though none of the national players due to play in the EURO 2016 hail for northern clubs, it can still get very crowded in the living room style bar when Germany is playing. The Hessian cosiness should therefore be left at home when you head for Nord2. More information: www.dasnordhochzwei.de

Typical specialities such as Frankfurt style schnitzel with green sauce washed down with a glass of apple wine. Just such dishes can be enjoyed in the tradition-rich “DEPOT 1899” located at the centre of Frankfurt, just ten minutes’ walk from the River Main. The establishment’s name already hints at the historic past: built in 1899 as the first depot of the city’s tram company, it was used for this purpose up until 2003. Today the largest restaurant in the metropolis on the River Main impresses with hearty cuisine and beer brewed in-house. Centrally located close to Südbahnhof railway station, the restaurant situated in the new nightlife district on Textorstraße is above all packed with football fans cheering on Eintracht Frankfurt at the weekends. Fans of other clubs will also head to the Depot during the EURO 2016 though to cheer on the German team whose matches will be shown on the sun terrace on big screens. More information: www.depot1899.de

“Die Berliner Republik” is located less than ten minutes’ walk from MEININGER Humboldthaus, directly beside the River Spree. The city pub is renowned for its unique beer exchange: the haggling begins every day at 5 p.m. The fixed beer prices in the Republik fluctuate, with less popular tipples vying for drinkers’ favour with lower prices. The screen at the entrance displays the current beer prices for the 18 different beers offered here. Enthusiastic beer speculators are able to distract their excited minds with a tasty knuckle of pork or other traditional dish. All EURO 2016 matches will be shown here on screens both inside the bar and on the riverside terrace. It is well worth reserving a table in advance. More information: www.die-berliner-republik.de

Every single resident of the alpine republic, from Tirol to Burgenland, celebrated Austria qualifying for the final tournament for the first time. The atmosphere is particularly jovial at the “Müllner Bräustübl” beer tavern in Salzburg, whose large beer garden makes it the largest alehouse in the country. The amber nectar is traditionally brewed fresh in the adjacent brewery and stored in wooden barrels before being served up in traditional stein beer mugs. Large screens both indoors and outside in the beer garden allow football fans to enjoy clear views of all matches. And should the Austrian team not make it through to the next round despite the high hopes, fans can take a break from the football by taking a tour of the adjoining brewery. More information: www.augustinerbier.at 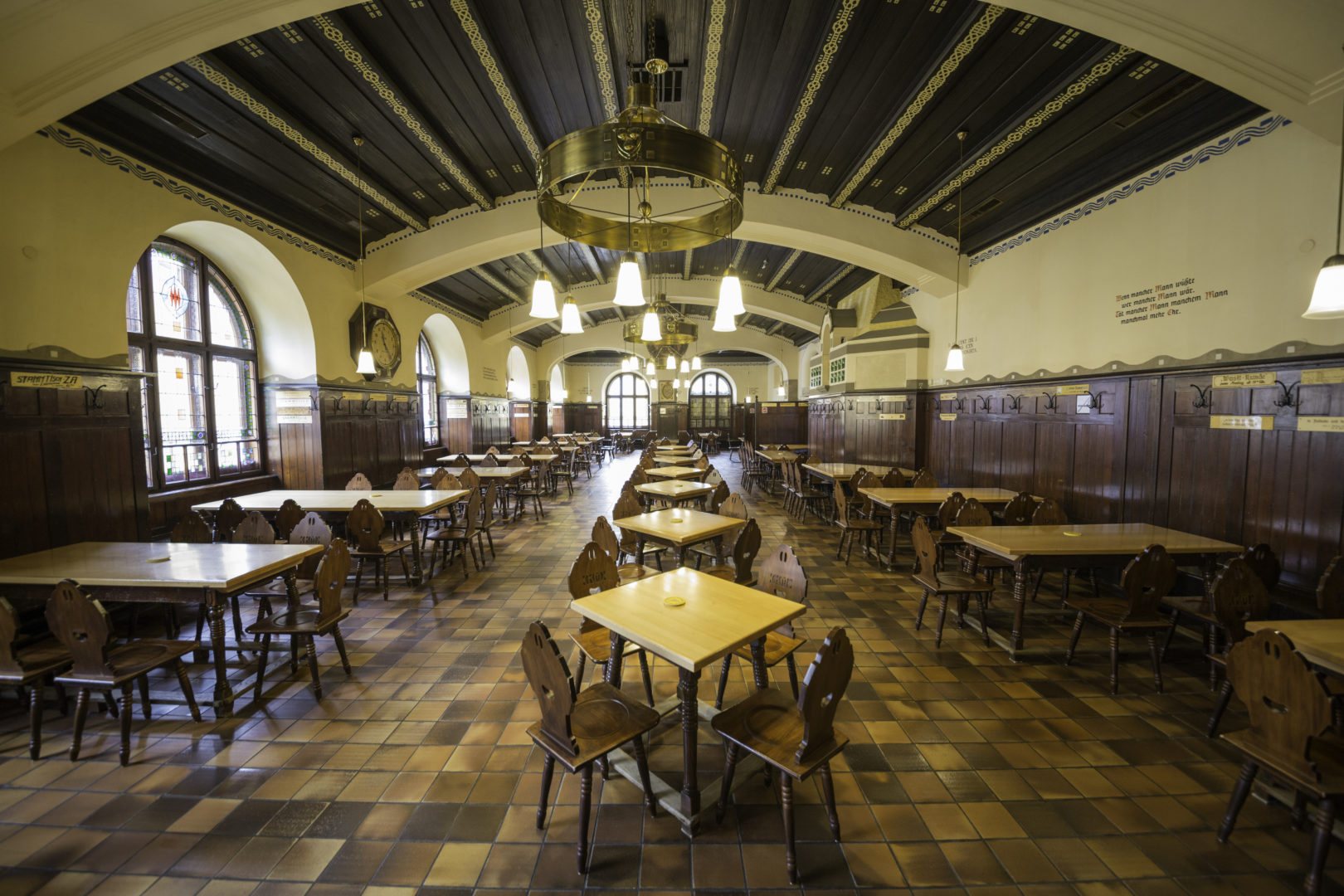