My Impala Mornings: A Road Trip through South Africa

It all started with a sea of white and pink flowers in Free State. We were on our way to the first stop, the Golden Gate Highland National Park, just south of Johannesburg near the border to Lesotho. We had to pass through the gates of the park before 6pm, otherwise we wouldn’t make it to our camping site for the night. The warm wind blew through the car as we drove through the picturesque and rocky landscape into the evening sun with its intense orange glow. It was beginning again: that fluttering feeling in my stomach, just like the first time I visited South Africa. Back then, I fell head over heels in love with this beautiful country. 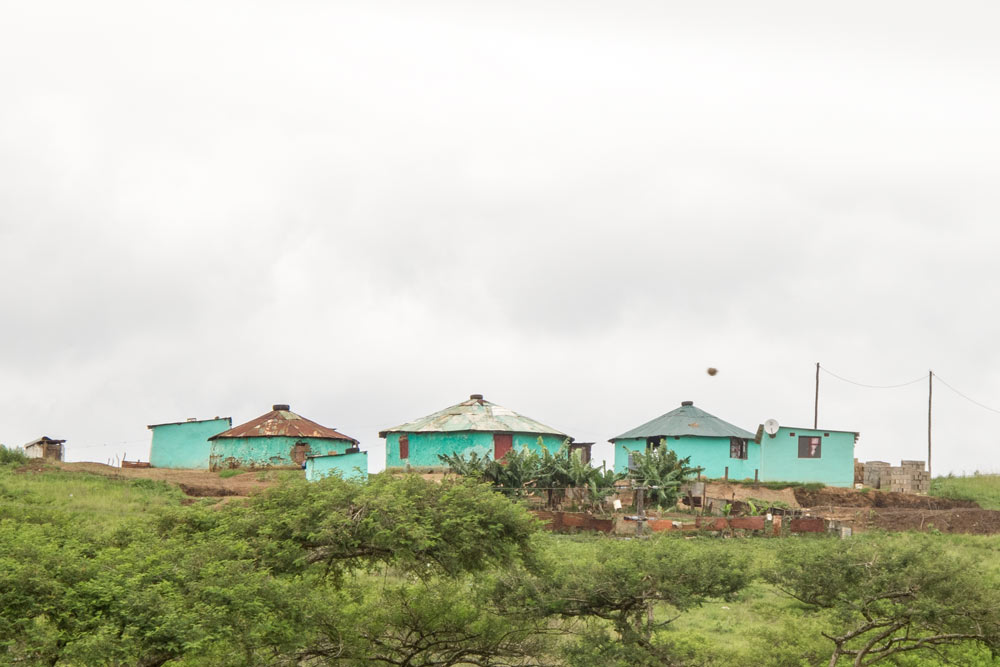 This time we set out to experience the country’s eastern regions, cruising the roads in a car with a roof tent and steady four-wheel drive. We reserved the car at KEA Campers, and it was suitably equipped with a gas stove, refrigerator and all sorts of cooking utensils. The roof tent had an integrated mattress, and the amenities even counted sleeping bags and pillows. Before heading off to the national park, we made a small break at a supermarket to get stocked up with provisions (food and drinks), practical stuff (detergent and toilet paper), comfort articles (candles for the evenings) and last but not least: barbecue gear… Because you can’t go camping in South Africa without barbecuing. Braai is the South African term for the traditional BBQ, and it is an important social event. You can see the smoke rise from campsites everywhere.

The next morning we moved on towards the Caledonspoort border control, because we decided to visit the small and independent nation of Lesotho, which is encircled by South Africa. Since it is located on a plateau, Lesotho is also known as ‘The Kingdom in the Sky’. All of a sudden, everything looked different. As we twisted and turned our way through the alpine-looking landscape, we saw the indigenous inhabitants coming towards us on horseback or on foot, wrapped in traditional Bashoto blankets. The villages are scattered over a large mountain area, flocks of sheep sometimes block the road, and without the four-wheel drive we would probably have gotten stuck in the mud on our way to Sani Pass.

Crossing eastern Lesotho gives you a real sense of adventure, and the spectacular view from Sani Pass (2874 metres above sea level) and the beautiful trip along the Drakensberg escarpment certainly make the effort worthwhile. This is one of South Africa’s definite highlights! 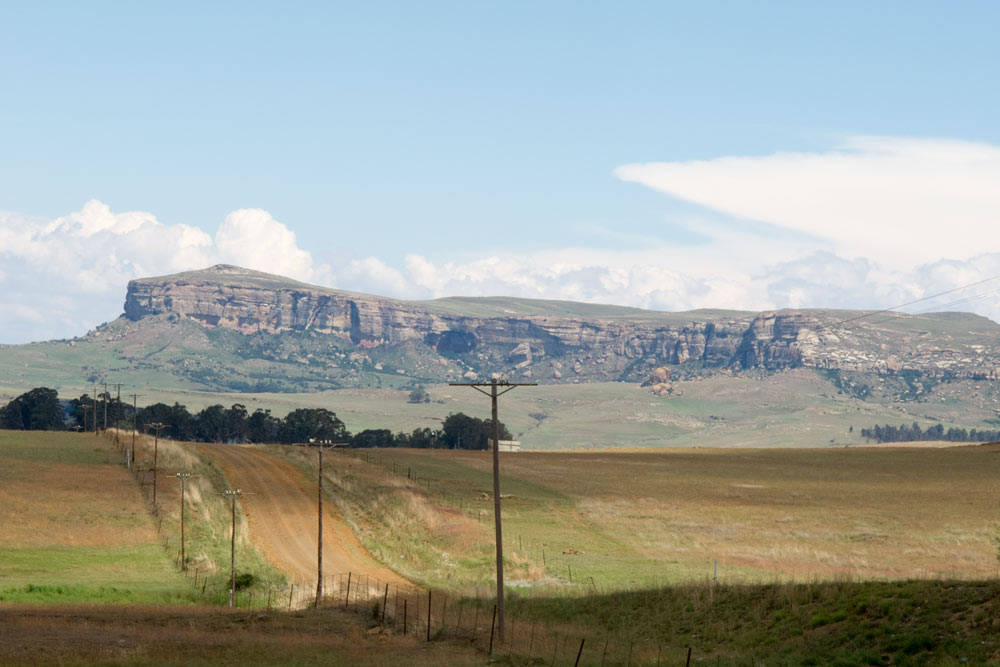 We were still overwhelmed by the scenic landscapes as we continued our trip towards the coast, and instead of taking the popular Garden Route we were now heading for the lesser-known Elephant Coast further east towards Mozambique. After having checked the website of Kwazulu-Natal Wildlife (www.kznwildlife.com), we spontaneously decided to camp at the Amatigulu Nature Reserve. And this turned out to be a marvellous idea! It has just five sites for camping, all of which are located in the jungle and some have a direct view of the sea. The countless foreign-sounding noises kept me awake at night. We saw a few antelope in the thicket as we arrived, but then darkness fell. It wasn’t until the next morning when we took off in our 4×4 that we really grasped the full extent of this natural park. We had been camping in the middle of an area full of antelope, zebras, giraffes and monkeys. You can also rent a canoe to explore the Matigulu River estuary from the water and enjoy a lovely picnic on the riverbank.

Not all campsites are as safe and beautifully located. Further up the coast in the iSimangaliso Wetland Park, signs with the text “Beware of hippos at night” reminded us of another South African attraction that shouldn’t be underestimated: hippos! They may seem friendly and laidback, but woe to he who gets too near. Hippos are responsible for far more deaths in Africa than predators such as lions. The camping sites in the more unsafe areas are thus protected accordingly. In the mornings, when we had our breakfast in the Cape Vidal Camping site, impalas were our only guests: while sleepily sipping our rooibos tea in the roof tent, the small antelope calmly examined our camp.

We finally arrived at the Elephant Coast, which probably has the most gorgeous beaches in South Africa. The empty, endless sand beaches stretch all the way to Kosi Bay. Leopards are allegedly spotted by the beach now and then, but we weren’t so lucky in this regard. Instead, we saw two rhinos in the Ndumo Game Reserve, and when the sun rose at 6am we were awoken by a pack of playful monkeys doing their morning shenanigans. Our daily rhythm slowly adapted to the natural light of day. Here the sun sets already at 6pm. We gathered around the campfire and wondered which animal could be the source of the glowing eyes staring at us from the bush, and were relieved to discover that it was only a kudu antelope.

We didn’t encounter lions until the Kruger National Park – accompanied by an armed ranger. What a wonderful country! 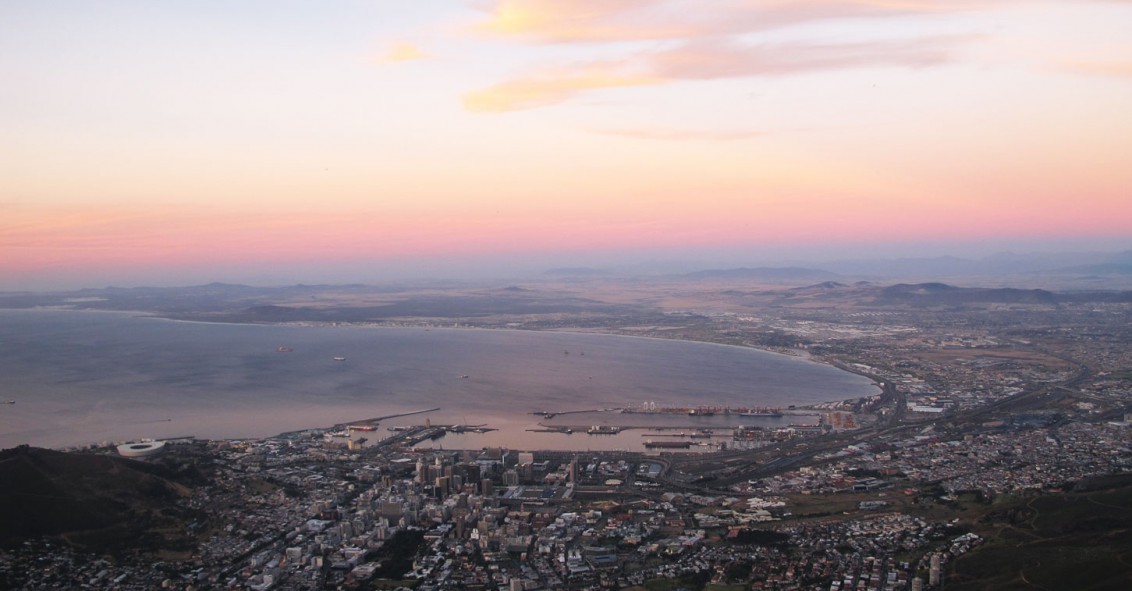