Andras, our Feasibility Manager at MEININGER Hotels, has climbed Mount Kilimanjaro, Africa’s highest mountain, and somehow MEININGER accompanied him. 😉 Of course, we had a lot of questions to ask. 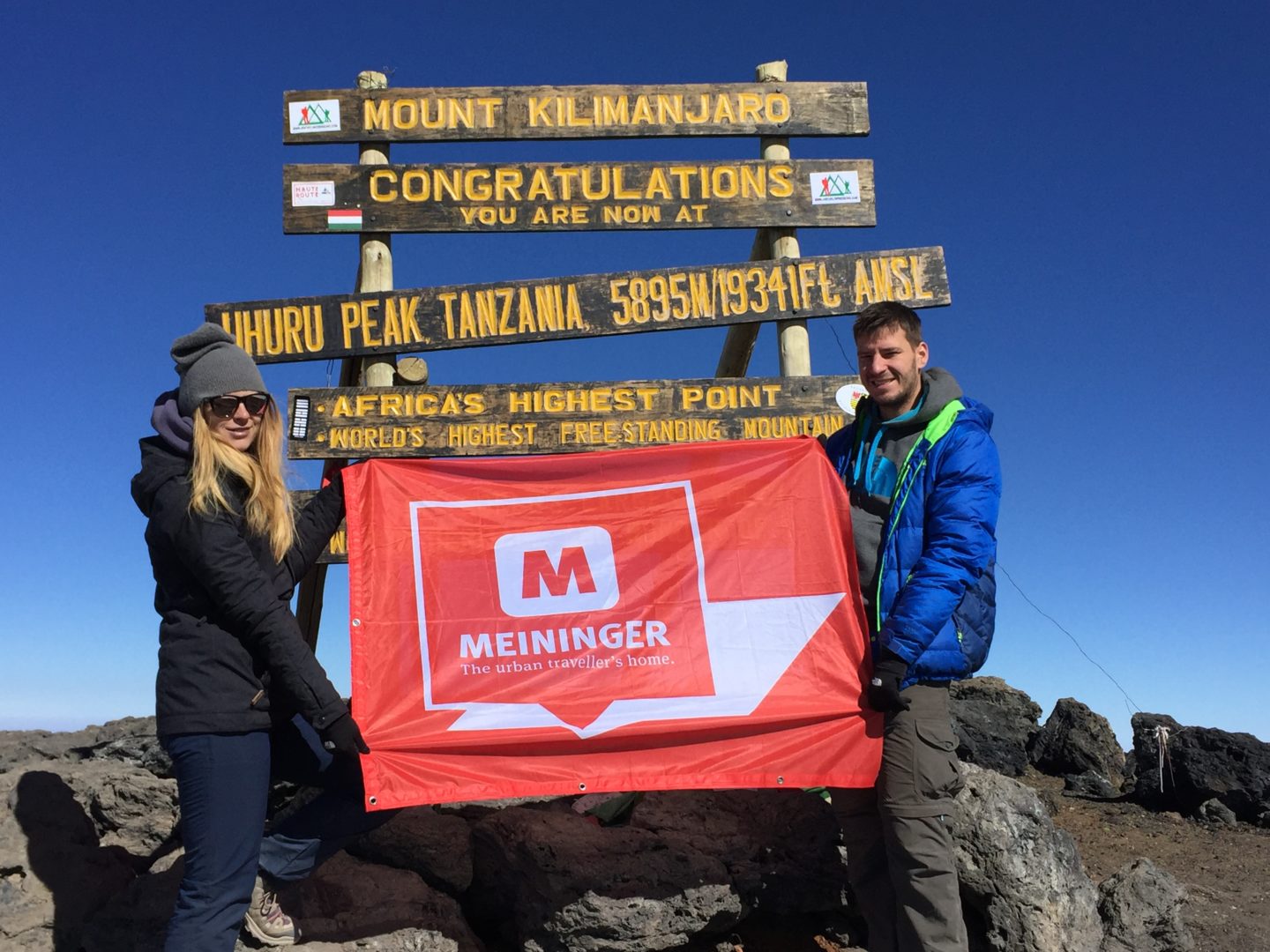 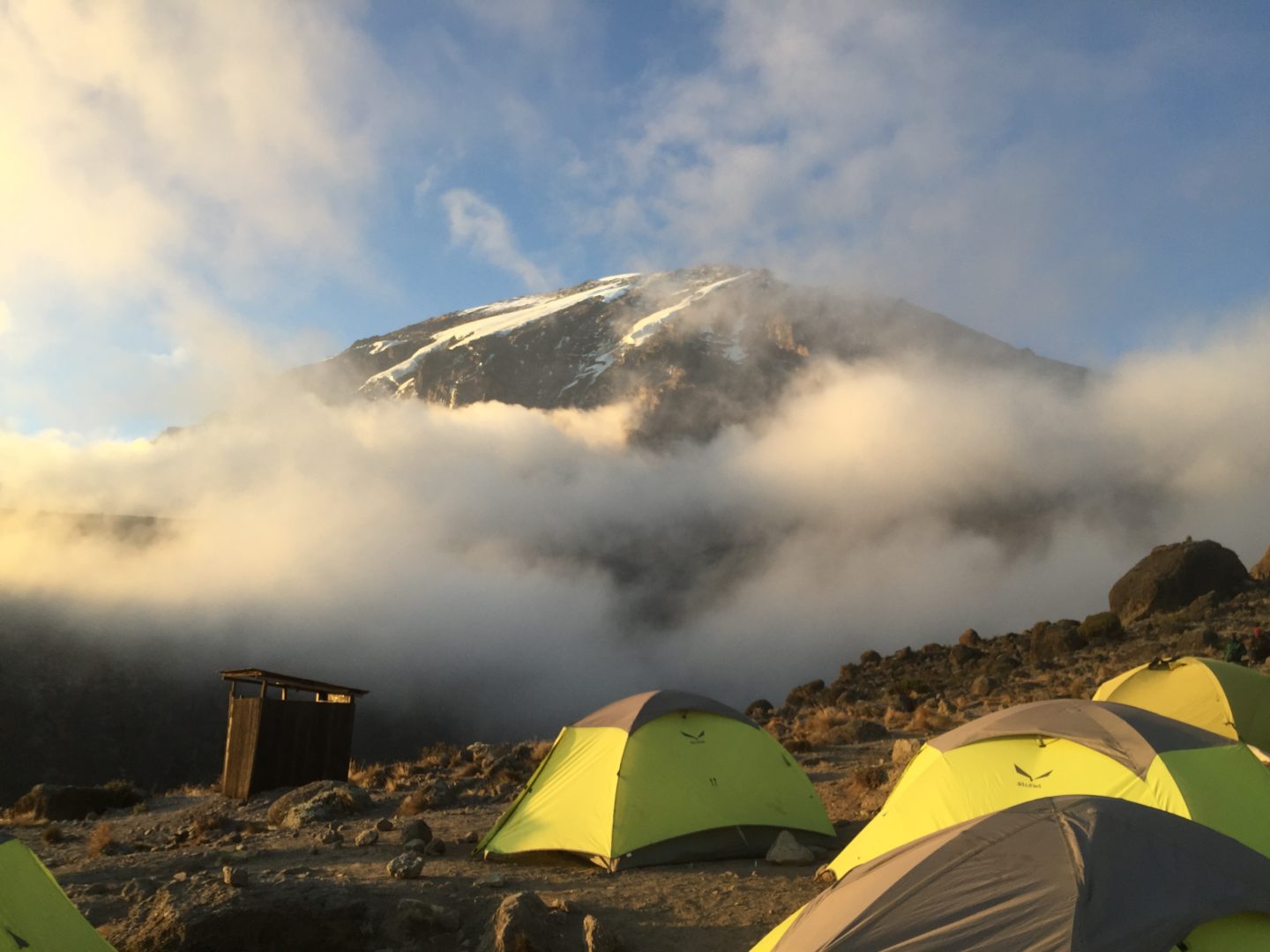 I can’t give you a definite answer. I grew up relatively close to the Alps, plus my parents were and still are very active hikers, therefore I spent quite some time on high altitude, first I was carried on the back, than on my on foot, later on I discovered that you can also ride on a mountain not just walk, so I joined a mountain bike team and I have been competing for 16 years. You can sell me anything with mountains, from chocolate to washing powder.
Joking aside, the love for mountains was kind of pre-defined and never faded. Why? I think people are naturally bent towards curiosity. We desire to climb to the top, to explore, and to challenge ourselves constantly. Let me share you Reinhold Messner’s oft-quoted words:

“I have been accused of going to the mountains to show what a big man I am. The reality is I go to be reminded just how small and insignificant I am.”

Absolutely agree, mountains have sheer mass and are utterly massive, they show both your possibilities and limits at the same time. 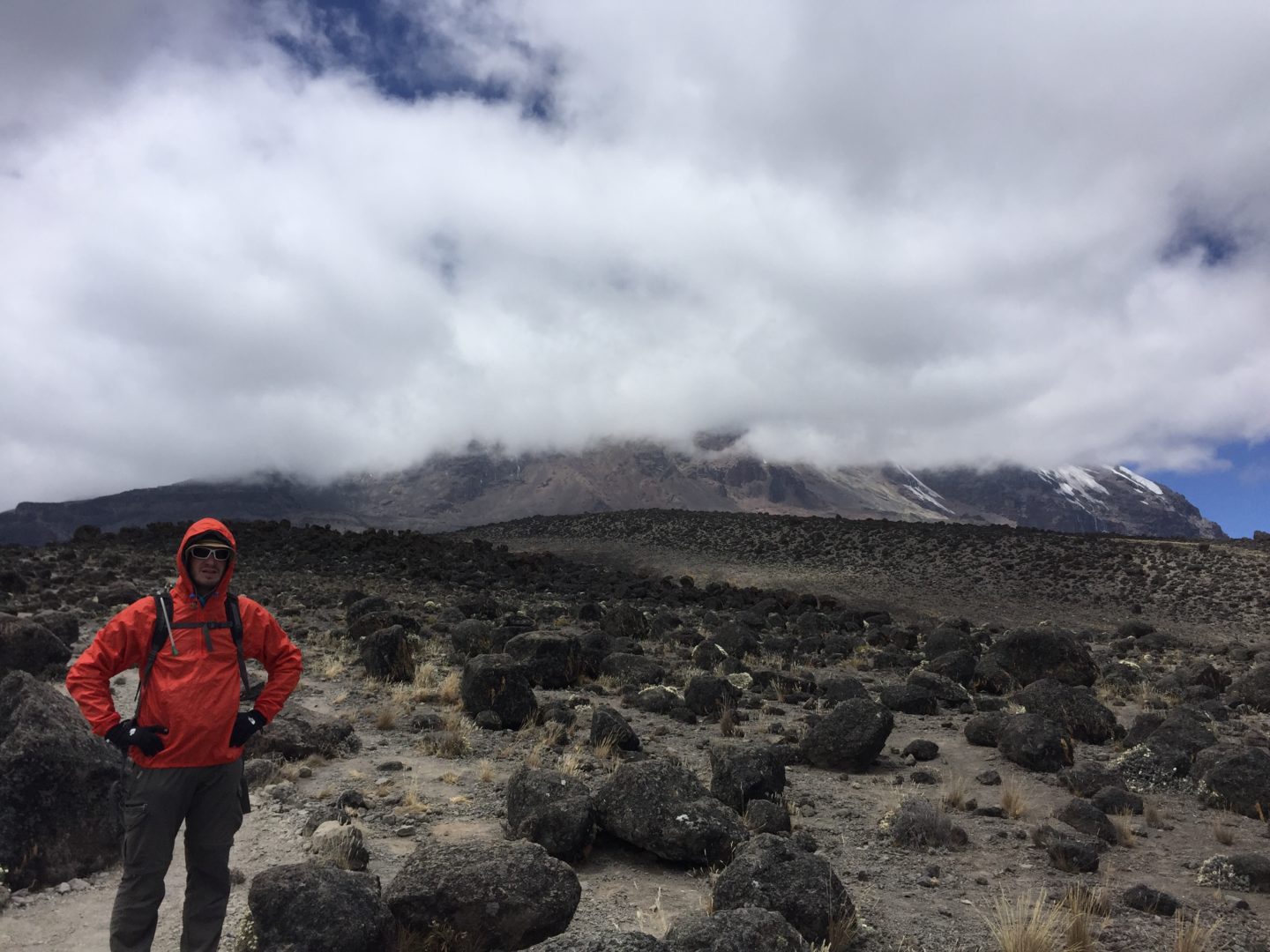 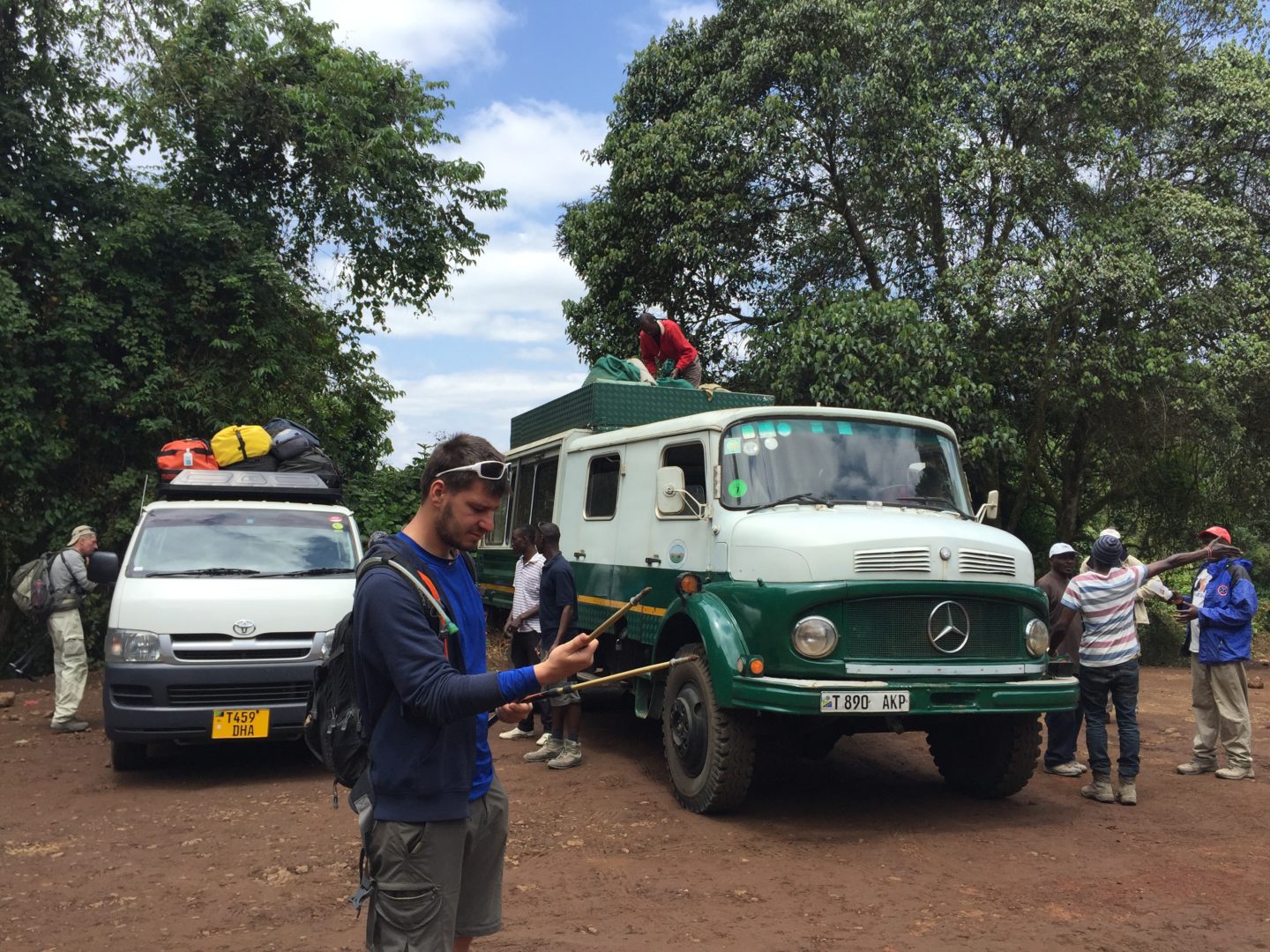 The biggest challenge is the low pressure, for that you can’t really prepare on Berlin level. You need to have a general fitness, good health and safe technical equipment, that’s all. I underwent a medical checkup, to make sure that everything is all right, because the risk of getting a stroke and heart problems increases on high altitude. To enter Tanzania, a handful of vaccinations are recommended, visa needed, and ready to roll. 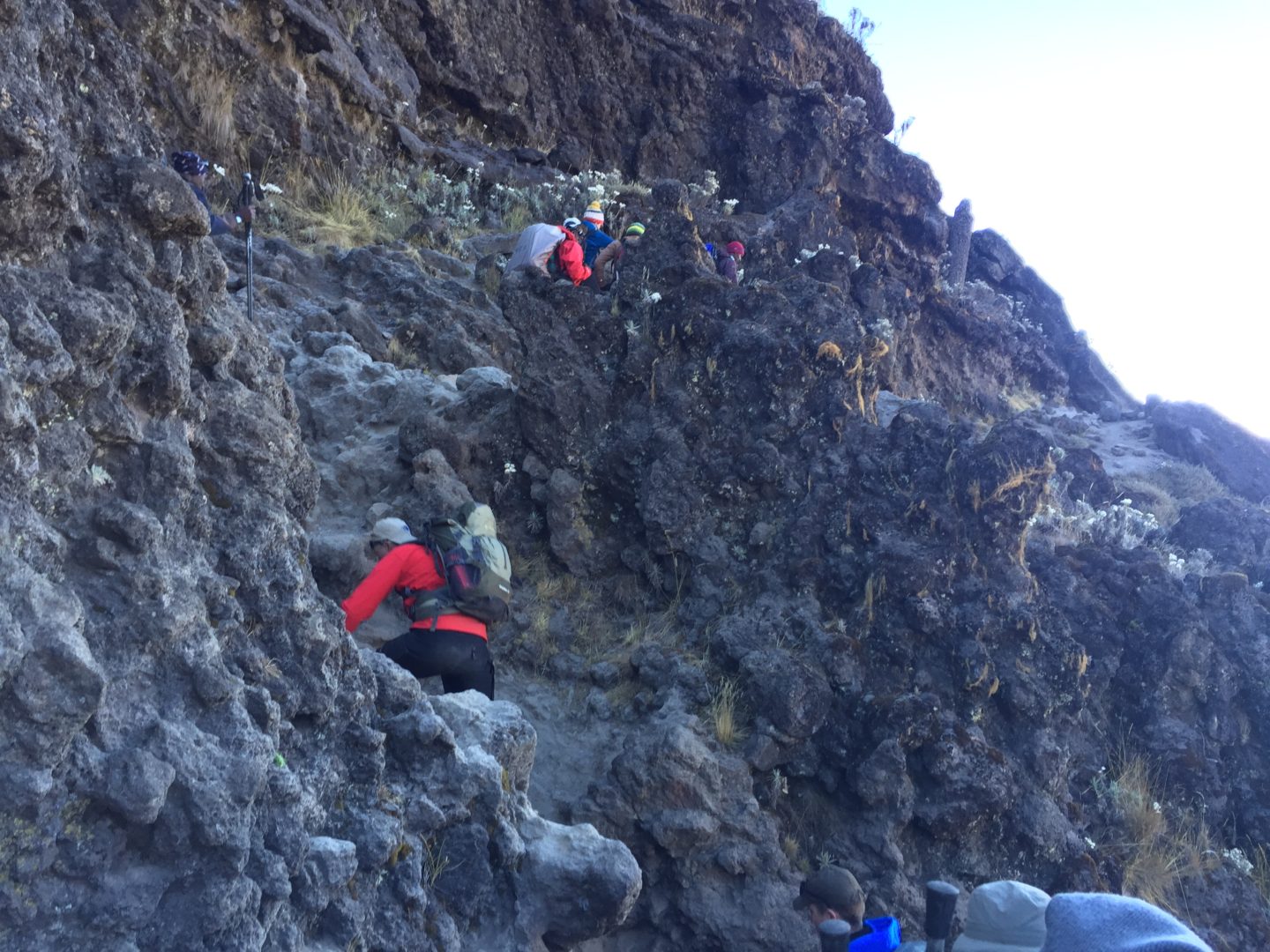 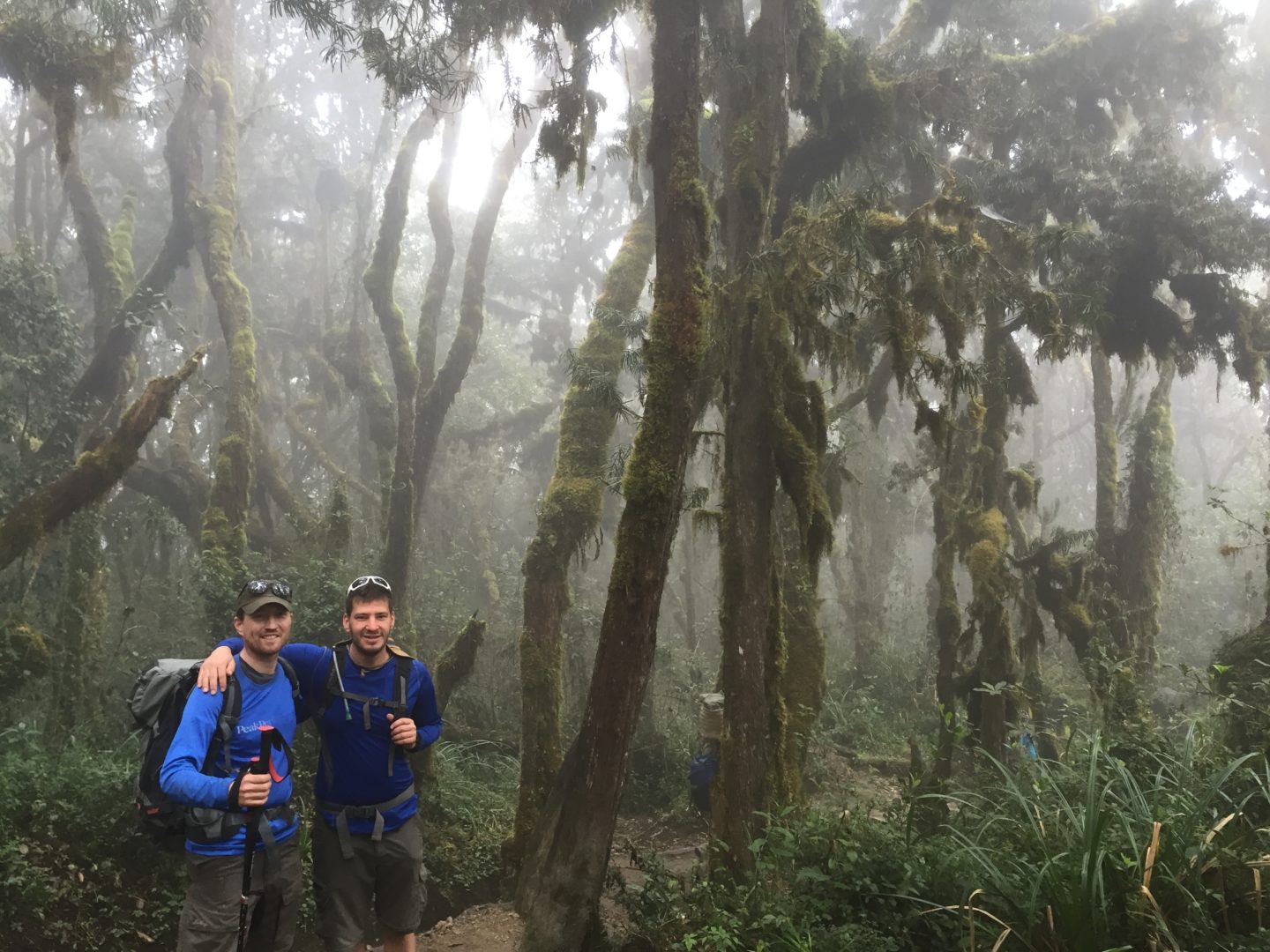 We were a group of seven, which turn out to be the perfect size: not too many to slow you down, but enough to feel safe and not get bored. Last but not least: it´s in odd number so we were always able to vote when it came to decisions. 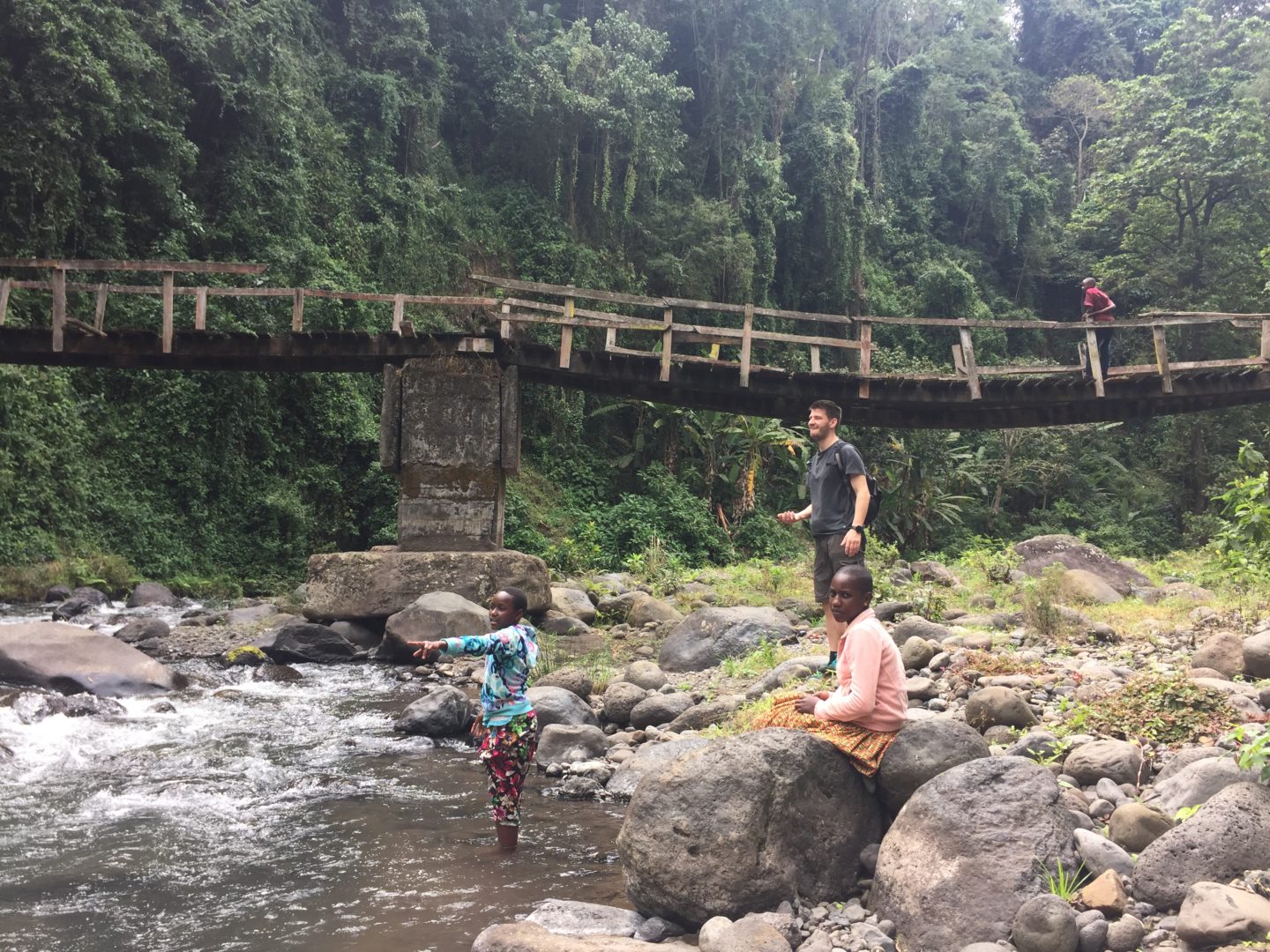 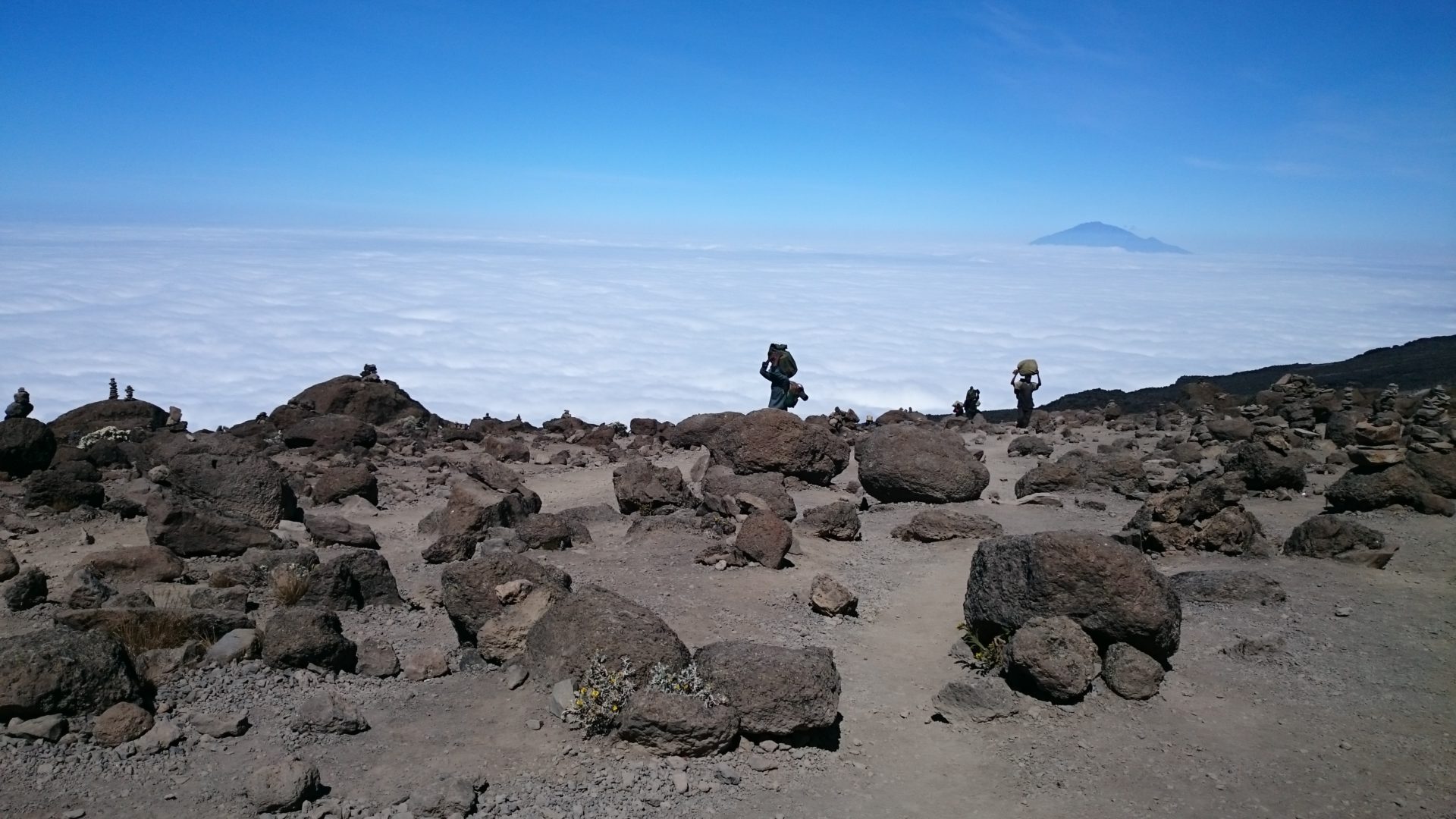 We were very lucky with the weather, during the day it was never colder than -5 °C, however, on the summit the temperature can go down to -30-40 °C this time of the year. The Kilimanjaro is a technically very easy, but that’s the trap, because you gain altitude too quickly, and that’s the source of all troubles.

It is often said, that there is a lack of oxygen at the summit, that’s not exactly true – oxygen still makes up 20% of the air. So the problem is not lack of oxygen – but the low air pressure. More precisely, atmospheric pressure drops by about 10%  for every 1000m of altitude. Therfore the air pressure at the top of Kilimanjaro is approximately 60% lower of that found at sea level, i.e. 60% less oxygen per breathtaking.

Symptoms began at around 4500m and feels like a massive hangover (unbearable headaches, dizziness and fatigue), which became worse as you ascend. In addition, while you are going you can see more and more people being carried down in oxygen mask, this is certainly quite demotivating and worrying.

I also wanted to return at 5300m, but a guide convinced me to continue at least until the sunrise, that warmed me up a bit and then I could see that the top is getting closer. This moment was definitely the highlight of the trip, I am very thankful that he did not let to return. 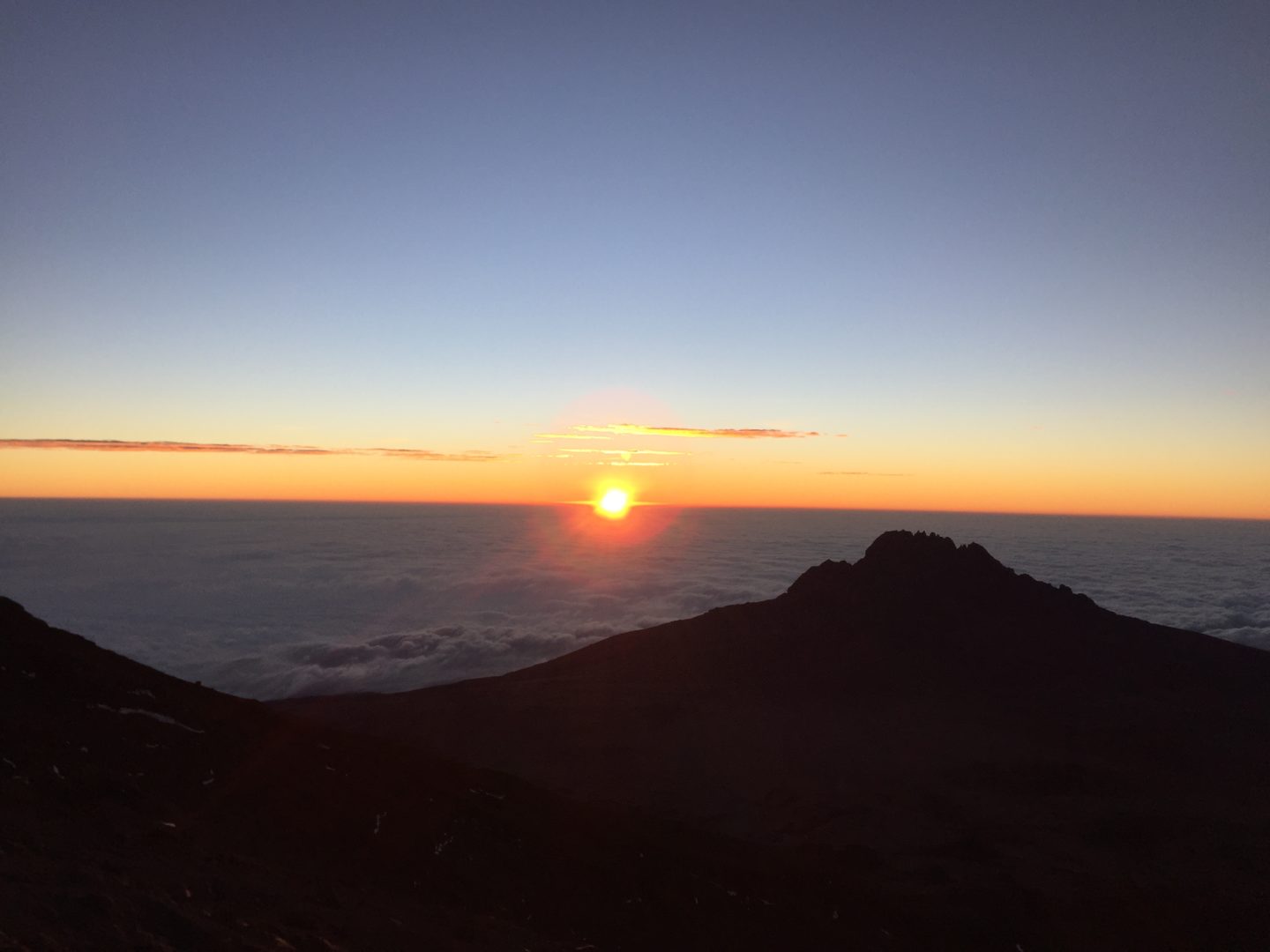 Timing was very tight. Generally, 9 days are recommended for the Kilimanjaro but we had only 7 days.
Day started sharply at 6:00 with compiling your daypack, pull down the tent, fetching water. Although we slept a good 10 hours every day, it never seemed to be enough, mainly because we did not have a quality sleep. Partly because of the cold and the howling wind, but mainly due to the lack of pressure (i.e. oxygen), our sleeping hart rate never went lower than 100 bmp, which is like a low cardio jogging.

Climbing began every day at 8:30 after a hearty breakfast. The pace was very slow, almost inconveniently slow but without breaks in order to avoid cooling down. Usually we arrived to the camp at around 6 in the afternoon. Then we had a dinner together followed by a briefing for the next day. Soon after we had to climb down around 500m to have a better sleep.

The summit day is quite different, we had to leave and arrive to the base camp the same day to minimize the time spent on 5000m+, that day started around midnight and we arrived to the camp ca. 18 hours later.
It might sounds horrible, but on the mountain every sticky energy bar and chlorine flavored water tastes marvelous. Marvelous, because it is spiced with accomplishment, the sense of completion 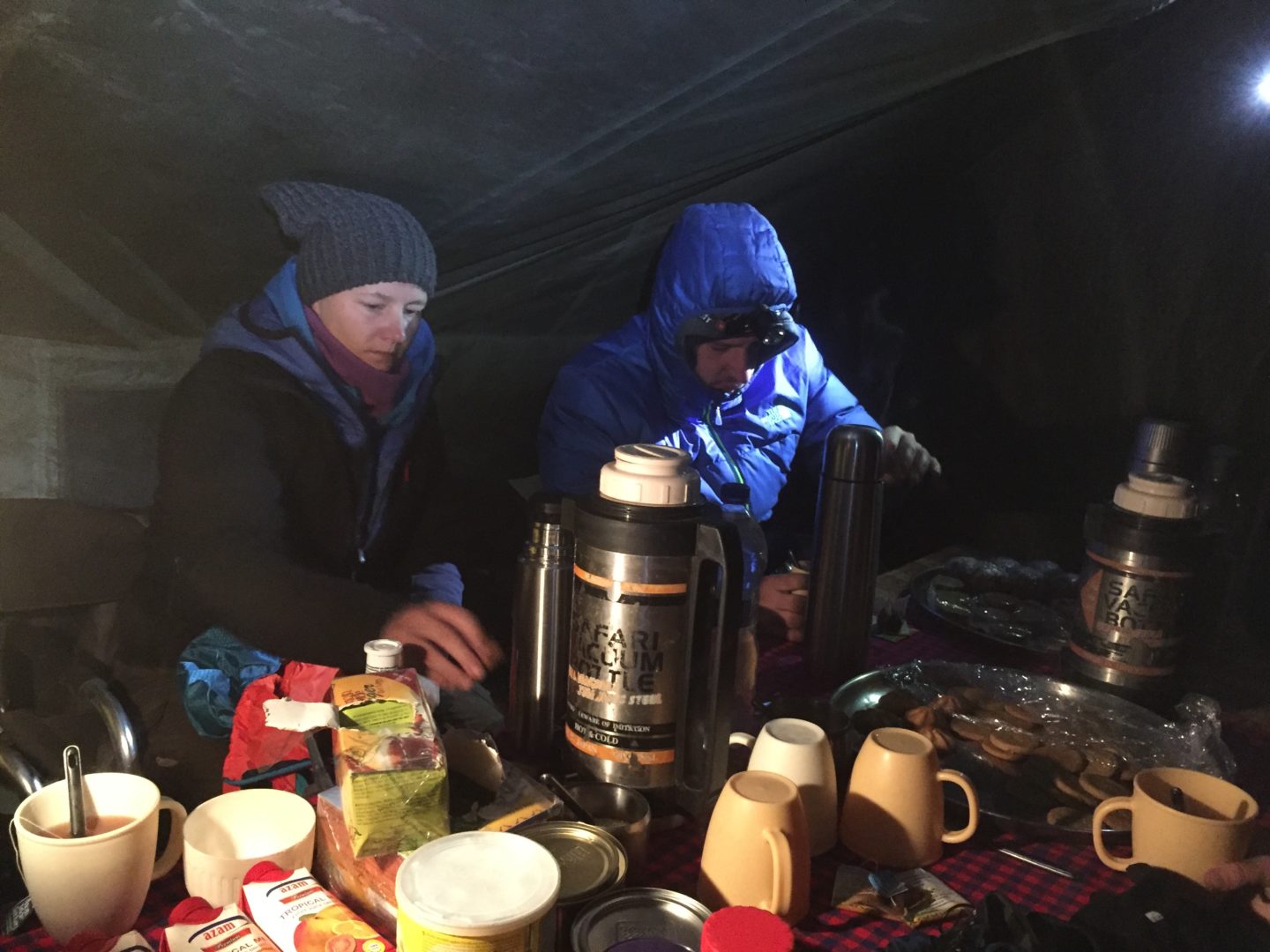 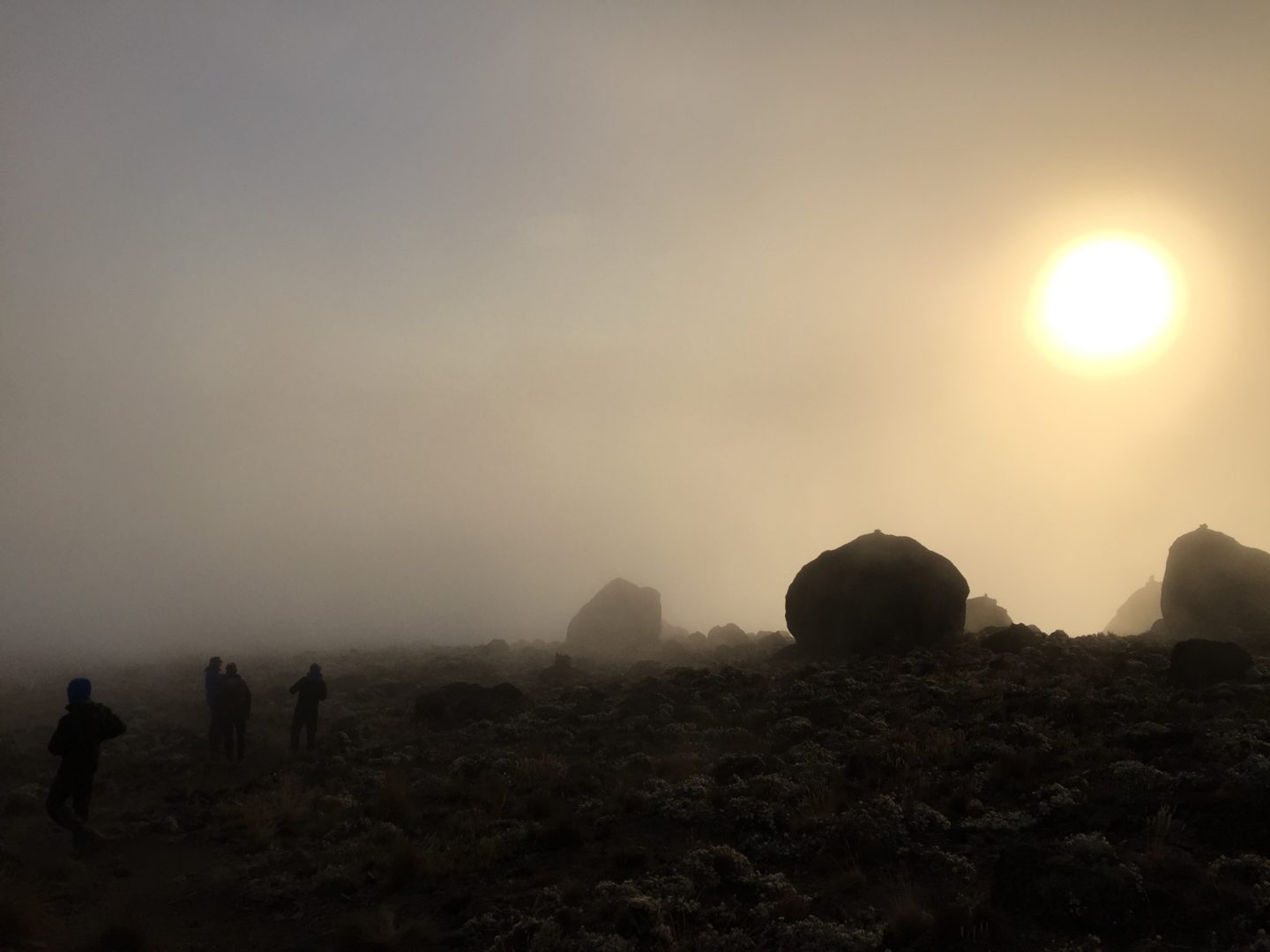 Well, my goal was to tick off one of the Seven Summits, which is done by climbing the Kilimanjaro. The next logical challenge would be the Mount Everest, but it is definitely not my ultimate dream, too many people did not return. Plus, it requires a good 50 days, which can prolong to 80 if you have to wait for suitable weather conditions, I think I have to discuss this with my line manager 😉 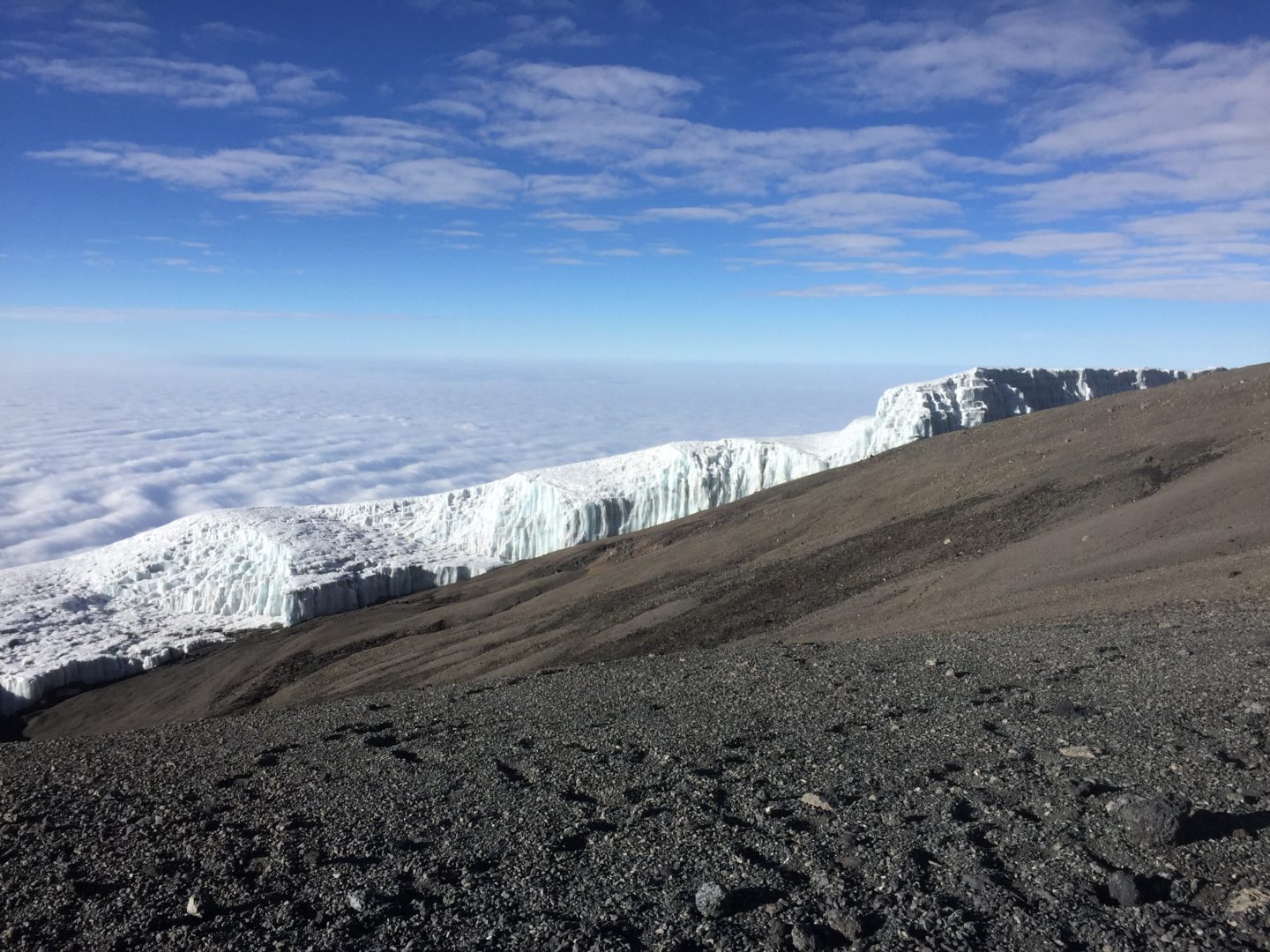