How to Spend 48 Hours in Leipzig

“This is where Luther disputed, Bach composed, Goethe studied and Napoleon capitulated”

Leipzig is young. Leipzig is creative. Rather like Berlin 10 to 15 years ago, Leipzig can boast what these days is no longer possible in other cities in Germany on account of constantly rising rents. The creative scene is booming, Start-ups are springing up like mushrooms out of the ground, the city is trendy – this being backed up not merely by the influx of numbers into the city in recent years. Leipzig is a lively and bustling city and hungry for the new. It is not least due to the top-class universities and colleges of higher education that attract a large number of young people to the city. The alternative scene here is one of the biggest in Germany. Not without reason is Leipzig famous as the city of books, the city of art and the city of heroes. It offers space for people to develop, to be creative, to try things out and to experiment.

Leipzig is somehow incomplete, rougher than other cities. There is so much space available here for everybody to develop and participate. The city is much more personal than other German cities. Here there are clubs, bars, pubs and cafés to be found in abundance. The night life enjoys a good reputation – which is reason enough for many to come to the city.

But Leipzig is also an exceptionally family-friendly city. There are a wide range of mother-child activities on offer, plenty of entertainment programmes for children and families. Even though the Reichsmessestadt (“the exhibition capital of the Reich” – its official title since 1937) only covers an area of < 300 km² – rather less than other cities, the Eastern German metropolis is simply teeming with attractions. For all those who do not have time to spend a whole week in the city, here are the most important attractions in 48 hours.

Let’s begin in the historical old town – the heart and soul of the city.

Those who arrive at the Main Railway Station will immediately notice the pompous architecture of the building. Although a historical eye-catcher in itself – an awe-inspiring sight with its magnificent façade and impressive ceilings, it also houses more than 140 shopping facilities and service providers on 3 floors. In 2015, it celebrated its 100th birthday and its 80,000 m² area makes it the largest railway terminus in Europe. On platform 24, a historical locomotive can be viewed alongside miniature reproductions. There are also regular tours, in which interesting facts are provided on the history of Leipzig’s Main Railway Station. 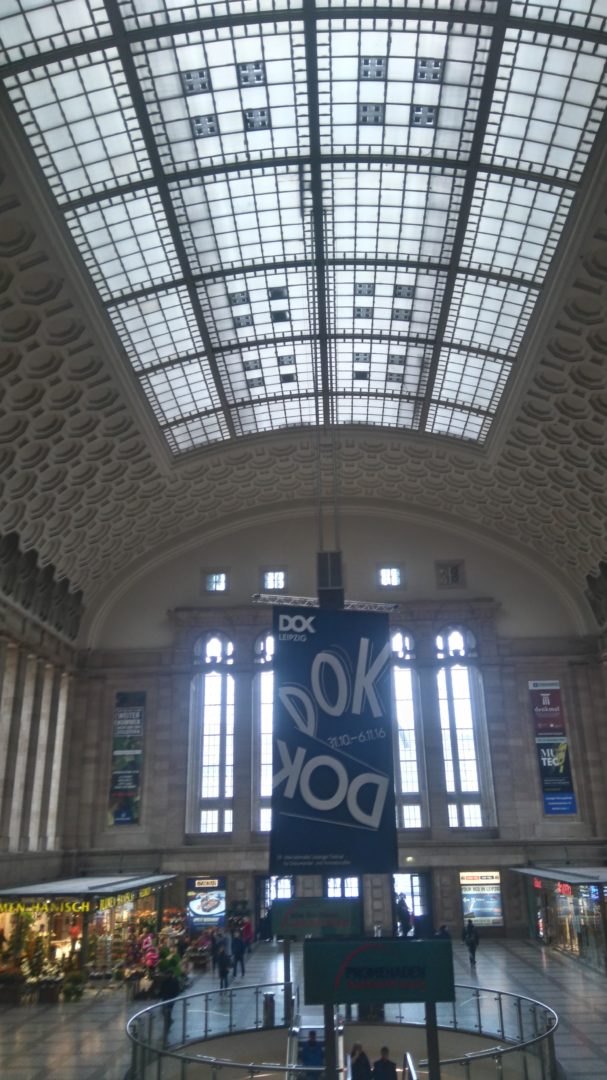 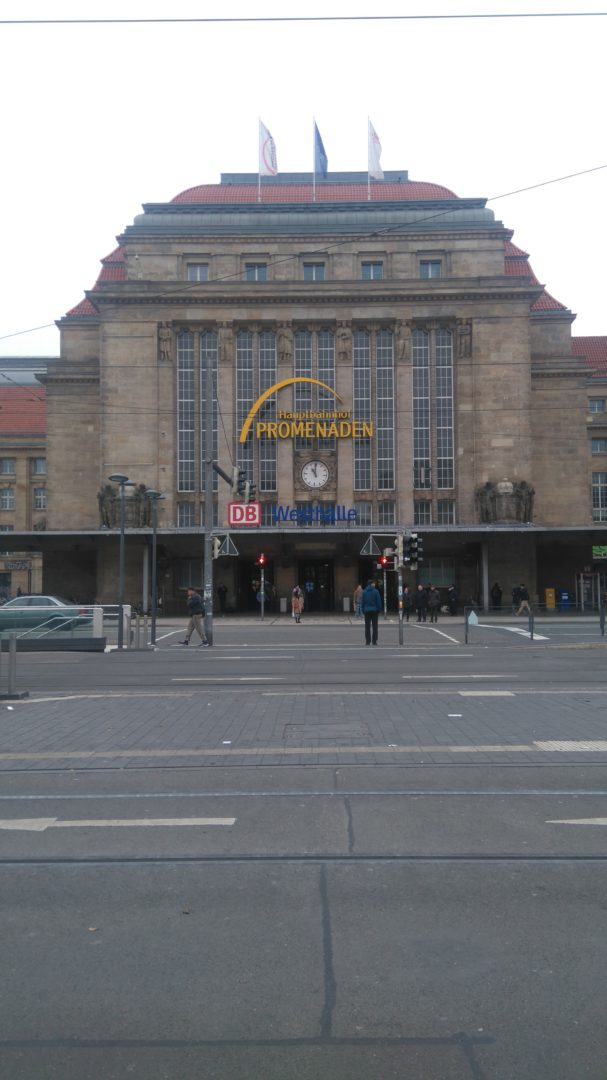 If you walk along Goethestraße for a few minutes, you will reach Augustusplatz, where the Gewandhaus, the Leipzig Opera House, the university building and the City-Hochhaus skyscraper are located.

The city can proudly look back on a music theatre tradition dating back nearly 320 years. The Leipzig Opera has been at Augustusplatz since 1960. The building is both externally and internally a real eye-catcher and stands out with its distinctive acoustics and good viewing possibilities from each of the 1,273 seats. The façade of the sandstone building only comes into its own at night when the sandstone building shines in all its glory – whereas in the daytime it looks rather bland. The Gewandhaus, the former trade-fair building used by textile merchants, is today home to the Gewandhaus Orchestra, considered to be the greatest professional music orchestra in the world. Directly in front of this is the Mende Fountain, the largest, most magnificent and also oldest preserved fountain in the city. If you stand in front of the Gewandhaus and let you gaze wander to the right, a shimmering blue façade is immediately noticeable. This is the Paulinum – Aula and University Church of St. Paul – and the Augusteum of Leipzig University. The Paulinum is situated exactly on the site of the former Pauliner Church, which was destroyed in 1968. 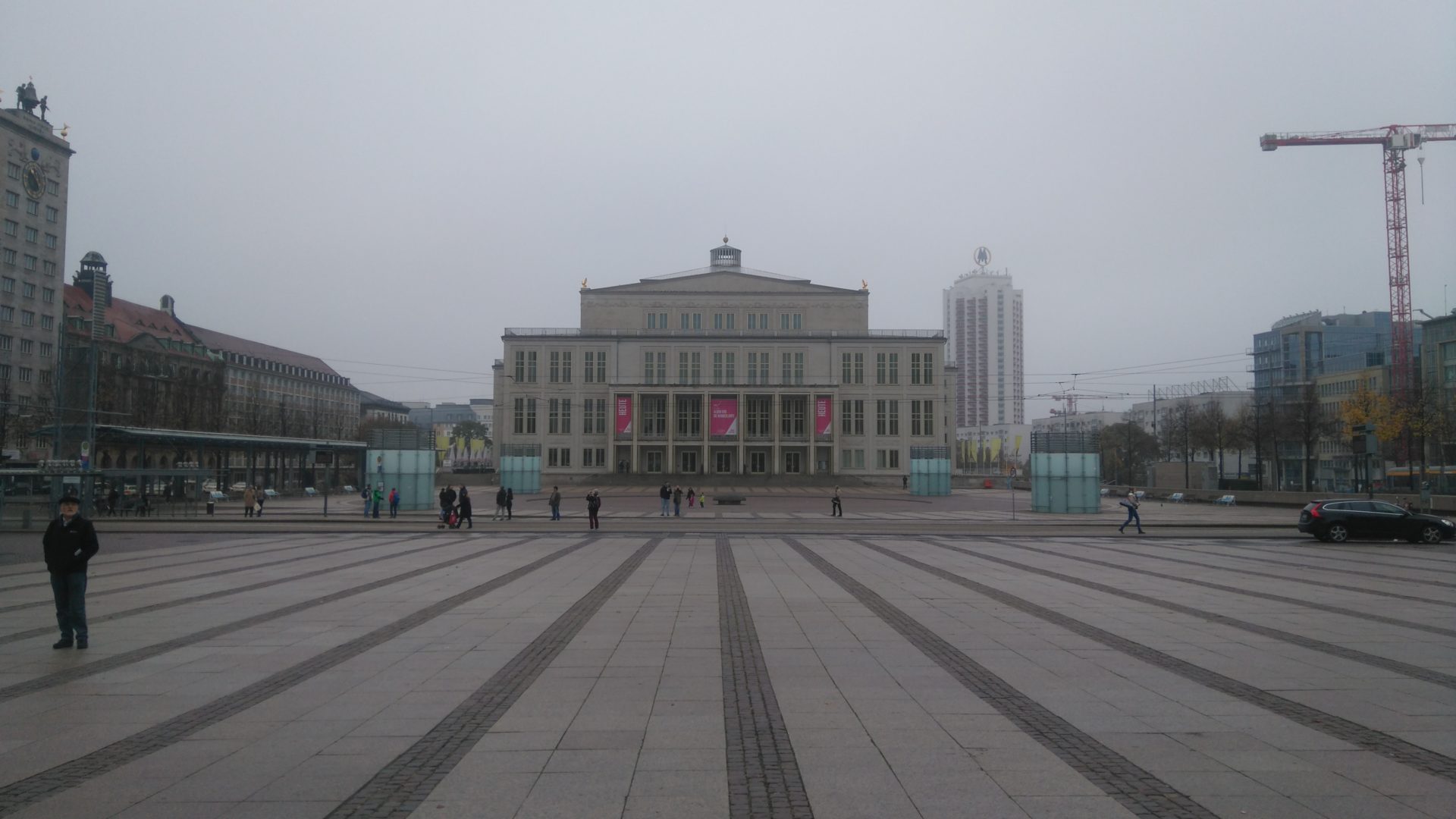 While in the cultural metropolis of Leipzig, then you should treat yourself to a little bit of culture. What more enjoyable way to do that than with a light lunch and a glass of Prosecco above the roofs of the city?

The City-Hochhaus skyscraper was completed in 1972, at which time it was the tallest skyscraper in the whole of Germany. Besides the MDR (Central German public broadcaster), the building also includes the “Panorama Tower – Plate of Art” restaurant. From a height of some 120 metres, there is a fantastic all-round view. The restaurant and viewing platform (admittance 3 Euros) are open everyday. 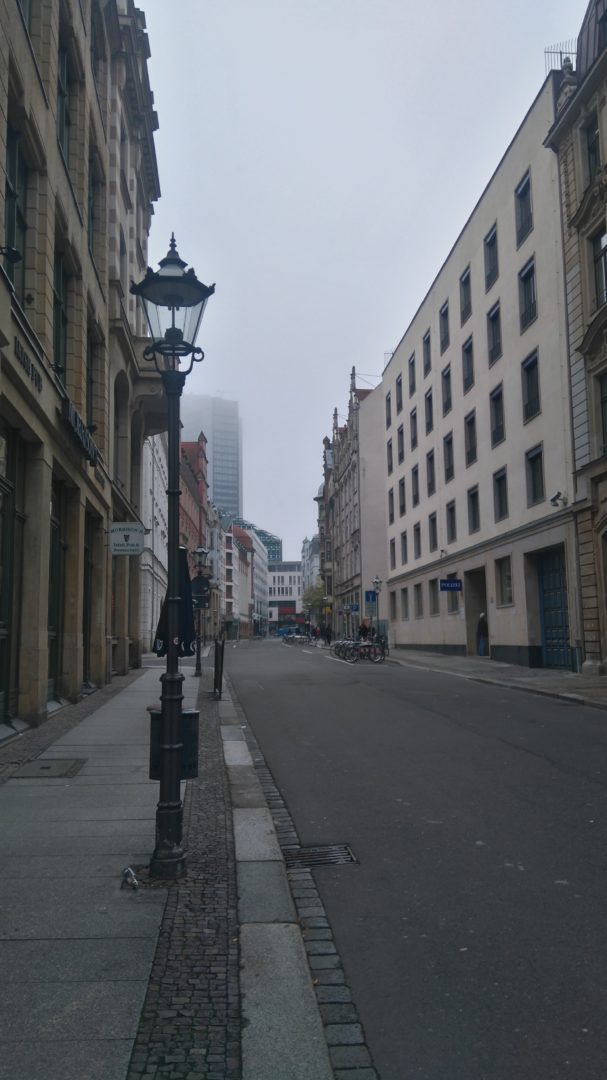 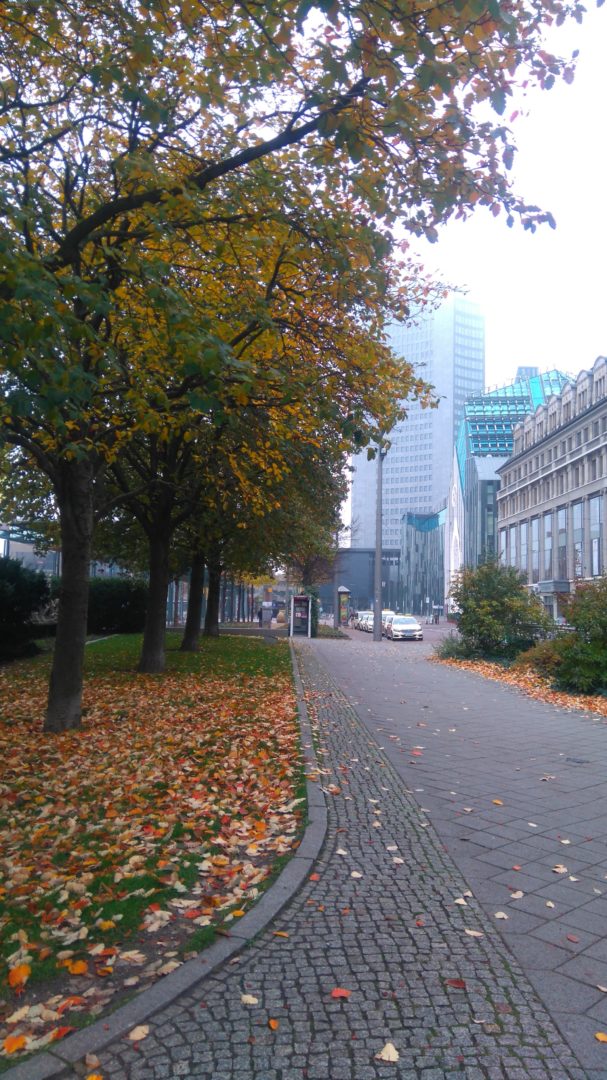 If you take a stroll from Augustusplatz along Grimmaische Straße, past St. Nicholas Church (also an eye-catcher!), you will soon notice a large square on the right side, and beautiful old baroque buildings on the left side – the Market. Here there is a lot to see and discover – including the attraction of the Market Place itself, some 10,000 m² in size. The annual Christmas Market held here is one of the most traditional and most beautiful in Europe. The underground station situated here is also an important stop of the City Tunnel Railway, built in 2013. On the eastern side of the square is located the Stadtgeschichtliche Museum (Museum of the City’s History) in the Old Town Hall, open daily (except Monday) from 10 am to 6 pm. Directly behind it is the Naschmarkt Square with the Old Stock Exchange, the Goethe Memorial and the Lion Fountain. On the opposite side of the street, directly next to the Forum of Contemporary History Museum, is the entrance to the Mädler Passage. Here you can find Auerbachs Keller, a wine bar with a long tradition. It was made particularly famous by Goethe, who during his studies (1765-68) in Leipzig often visited it and even named one scene in his world-famous work Faust 1 after the wine cellar. Its history, however, actually dates back to the 16th century. The wine bar claims to have served over 100 million guests since its establishment. A total of 90,000 litres of wine are poured out every year. It is well worth taking a break here – not only because of the good wines and delicacies offered here, the rooms themselves are a real head-turner! 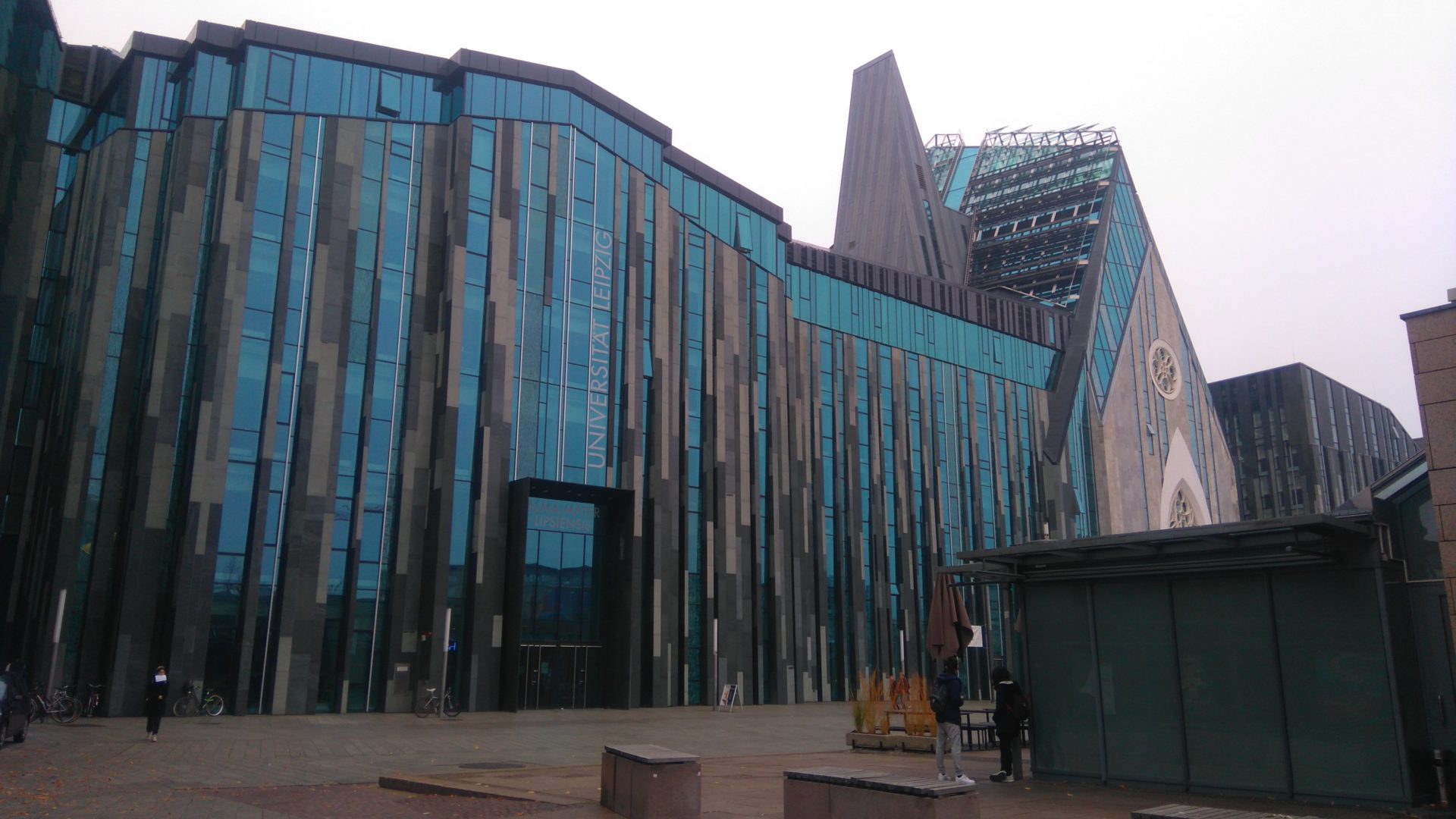 The heart of the city is particularly well suited for winding down in as an eventful day in Leipzig draws to a close. Some parts of the historical city centre, steeped in tradition, give a hint of how densely built the city used to be. Narrow alleys, baroque façades, cobblestones – all this gives the heart of the city that special charm. The west side of the Market Place leads you directly into the colourful hustle and bustle. The Barfußgässchen is famous and popular as a restaurant mile and is a hive of activity. Founded in 1996 by a dozen Leipzig restaurateurs, today traditional restaurants alternate with fashionable bars, making something suitable for all tastes to be found. The alley is popularly known as “Drallewatsch” – an Old Saxon word, meaning to amble from bar to bar and experience something. As the name implies, this is where you can round off an eventful day. 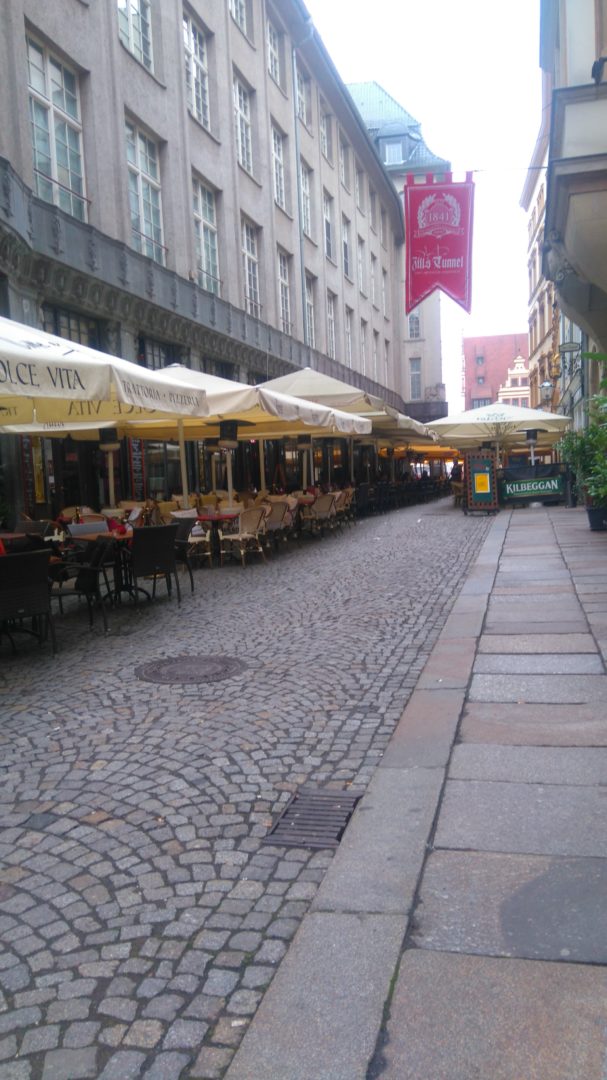 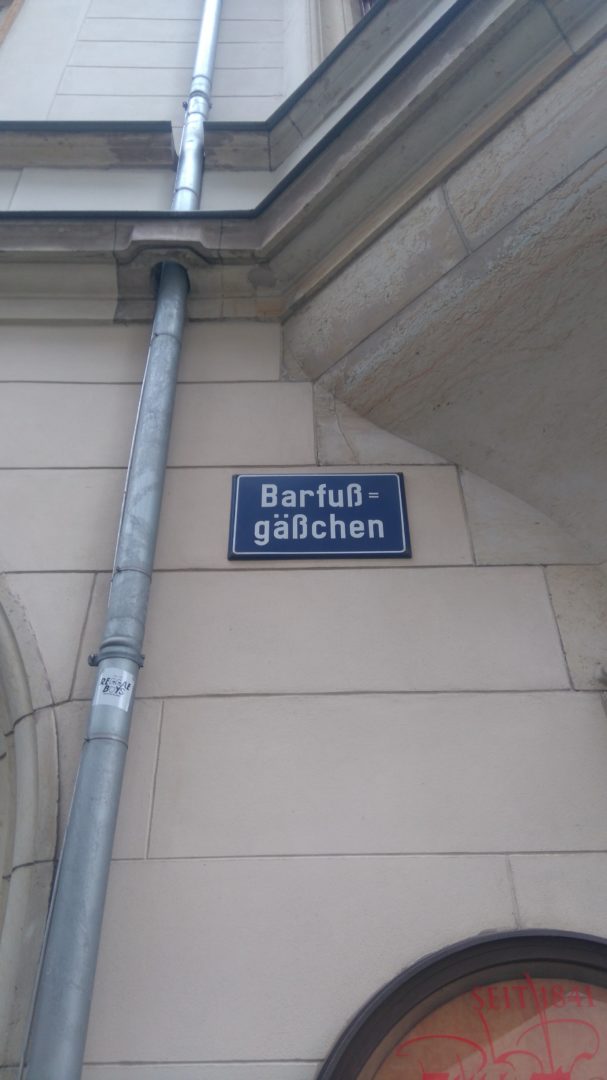 Leipzig is an absolute dream city for artists and art lovers. The rents here are still affordable. And there is a lot of space. The fact that young and creative people live here becomes particularly apparent on the outskirts of the district of Lindenau. The Leipzig cotton-spinning mill, once one of the biggest of its kind, is today home to over 100 artists, several galleries, gastronomic pleasures and charitable initiatives (as in Hall 14) offering plenty of space for development. This alternative flair attracts a large number of art enthusiasts from the four corners of the world. 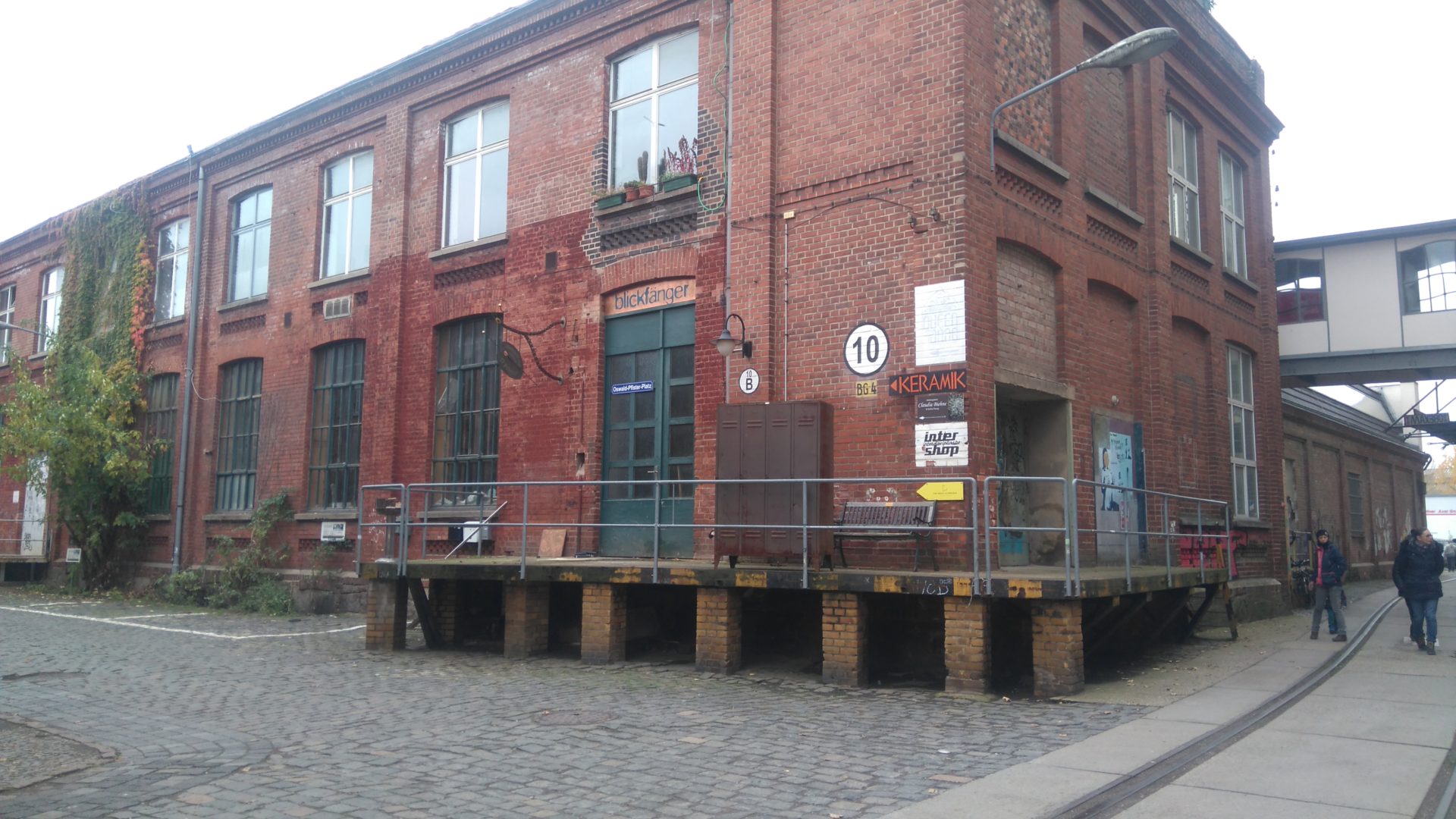 In contrast to many other European cities, Leipzig offers outstanding and varied possibilities for vegan lunches. The city is famous for its many cafés, restaurants, snack bars and supermarkets, which partly or exclusively offer vegan delicacies. For example, within walking distance from the Fockeberg is the “Symbiose” in “Karli” (Karl Liebknecht Straße). Open everyday (except Monday) with a delicious brunch on Sunday.

Having charged up your batteries with lunch, in the afternoon you set forth in an easterly direction (S1). The Monument to the Battle of the Nations (popularly referred to as “Völki”) commemorates the first great mass slaughter in human history (1813) and is a memorial for understanding among nations and peace.
Here not only is there a magnificent view to be enjoyed from the platform of the 91-metre high monument (once you have conquered the 500 steps), but you can also feel history and discover the place where Napoleon capitulated. On the inside of the dome are depicted the four virtues (bravery, strength of faith, self-sacrifice and national strength) of German soldiers in the wars of liberation, in the form of almost 10-metre statues of the Watchers over the Dead. Hands-on history to be experienced. The small lake in front of the Monument to the Battle of the Nations is known as the “Lake of Tears” – in commemoration of all the fallen soldiers and the tears shed.

One of the most famous and most popular pub miles in Leipzig is undoubtedly the Karli. Karl-Liebknecht-Straße in the district of Connewitz is particularly popular with students. Here there are countless numbers of restaurants (including many vegan ones) and bars, cafés and concert venues – in a nutshell “the place to be” for an unforgettable evening.

At the Connewitzer Kreuz, you will find Werk 2, a cultural centre that often hosts live appearances of German and international artists. There is something going on here almost every evening. It is well worth having a look at the website – you should also book in good time. 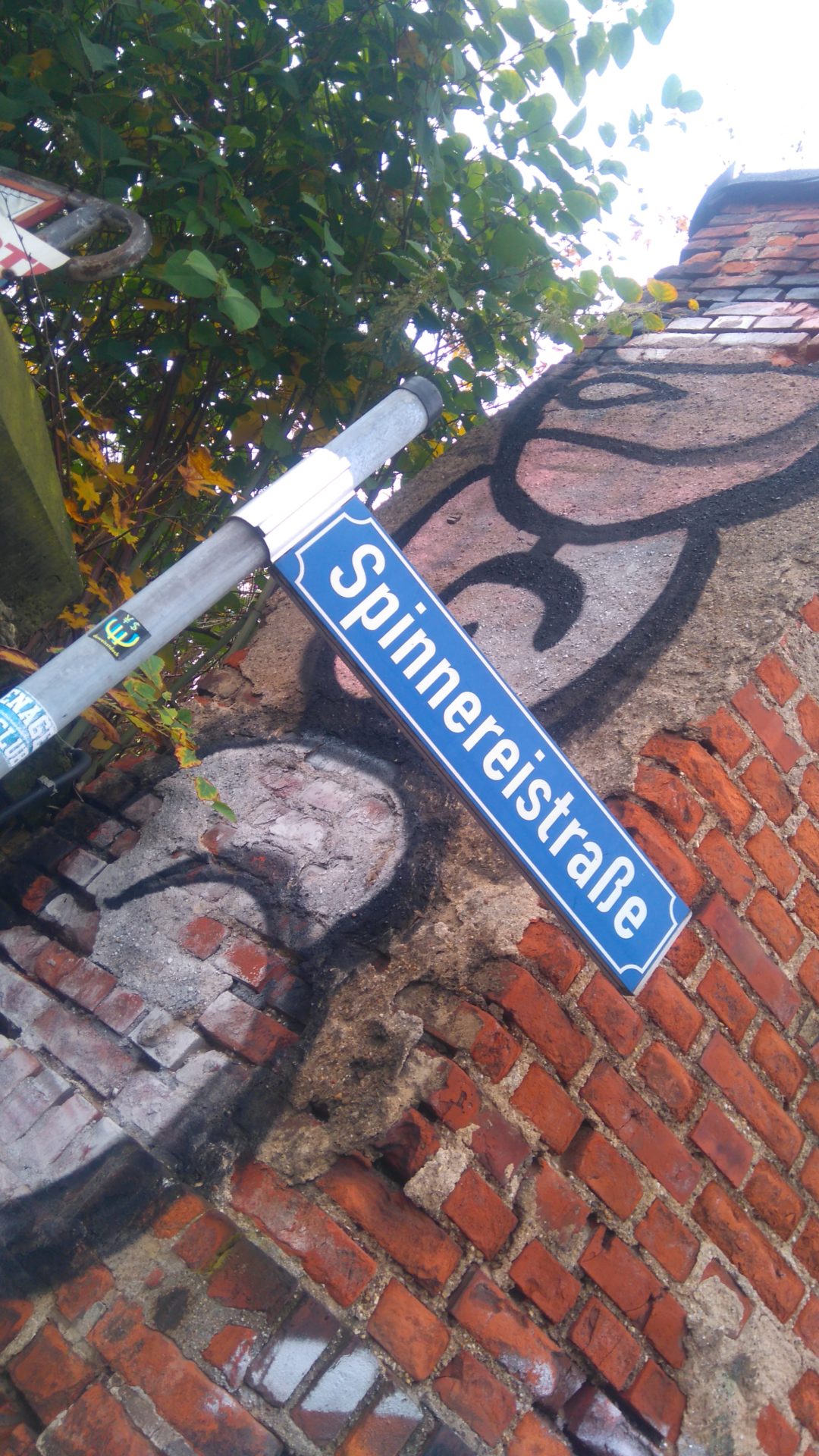 here you can find our hotel in the center of Leipzig.