Are you in Munich and interested in skiing? Do you fancy a trip to the mountains? Then get ready! You can take the train from Munich central station all the way to the Zugspitze ski region.

Snow crunches under my feet, the air is clear and the sun tickles the tip of my nose. A beautiful mountain panorama opens up before me and I put on my skis. I have arrived. I’m back in the mountains! I can hardly wait to ride the first slopes of the year. 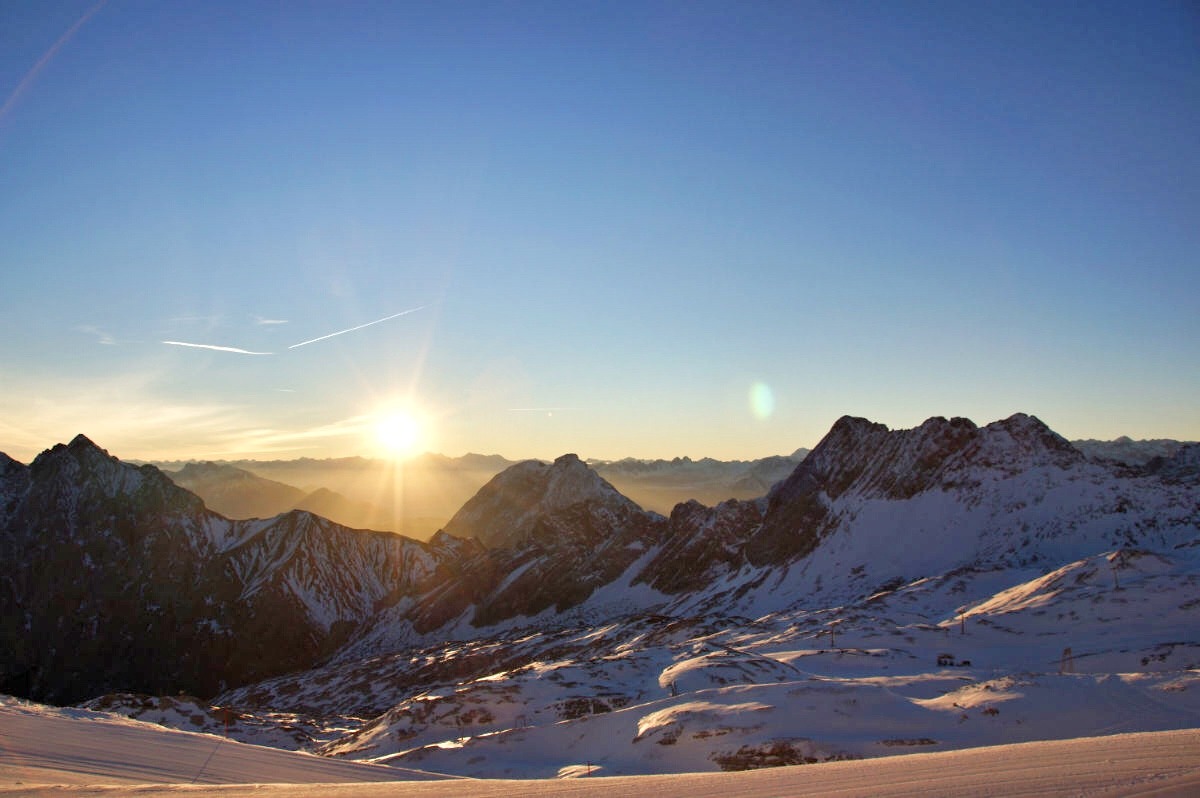 It takes just a little more than an hour to reach the mountains from Munich. So why limit yourself to a city break when it’s so easy to combine it with a ski trip? And you don’t even need a car! Just head to the main station, step onto the train and arrive in a relaxed way. No transfers, no stress. The best part? You can ski at Zugspitze from December to May (!!!). 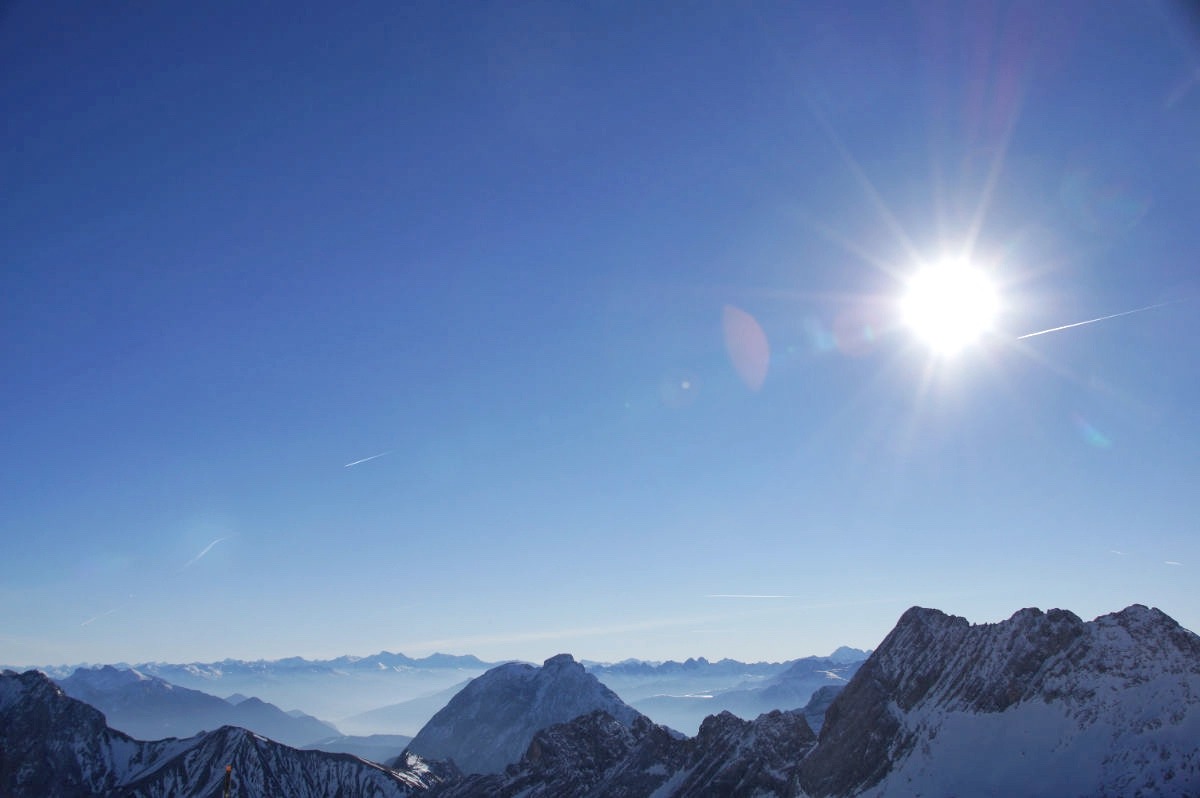 Do I have to forgot my city trip?

Yesterday I was drinking at the bar. I even danced a little. Electro was playing, people were dancing. The usual. And now I am standing at the top of the mountain. It is 10 a.m., the air is fresh, and my feet make their first tracks in the snow. I feel free as a bird. The slopes are completely empty (it is Friday) and perfectly groomed – this is the way to enjoy skiing! At the sight of the mountains, I completely forget that I was a little hung over. That is the best medicine for a hangover, if I may say so.

When you plan a trip to Munich, you won’t miss out on the city if you go to the ski resort for a day. The best part: you don’t have to concentrate on the traffic. You can sleep 😉 Or find the best party for that evening. The trip begins between 6:30 and 7:30. Then you head back to the city between 14:30 and 15:30, so that you are back at Meininger Hostel between five and six thirty. That gives you enough time to freshen up and head into the city for dinner. 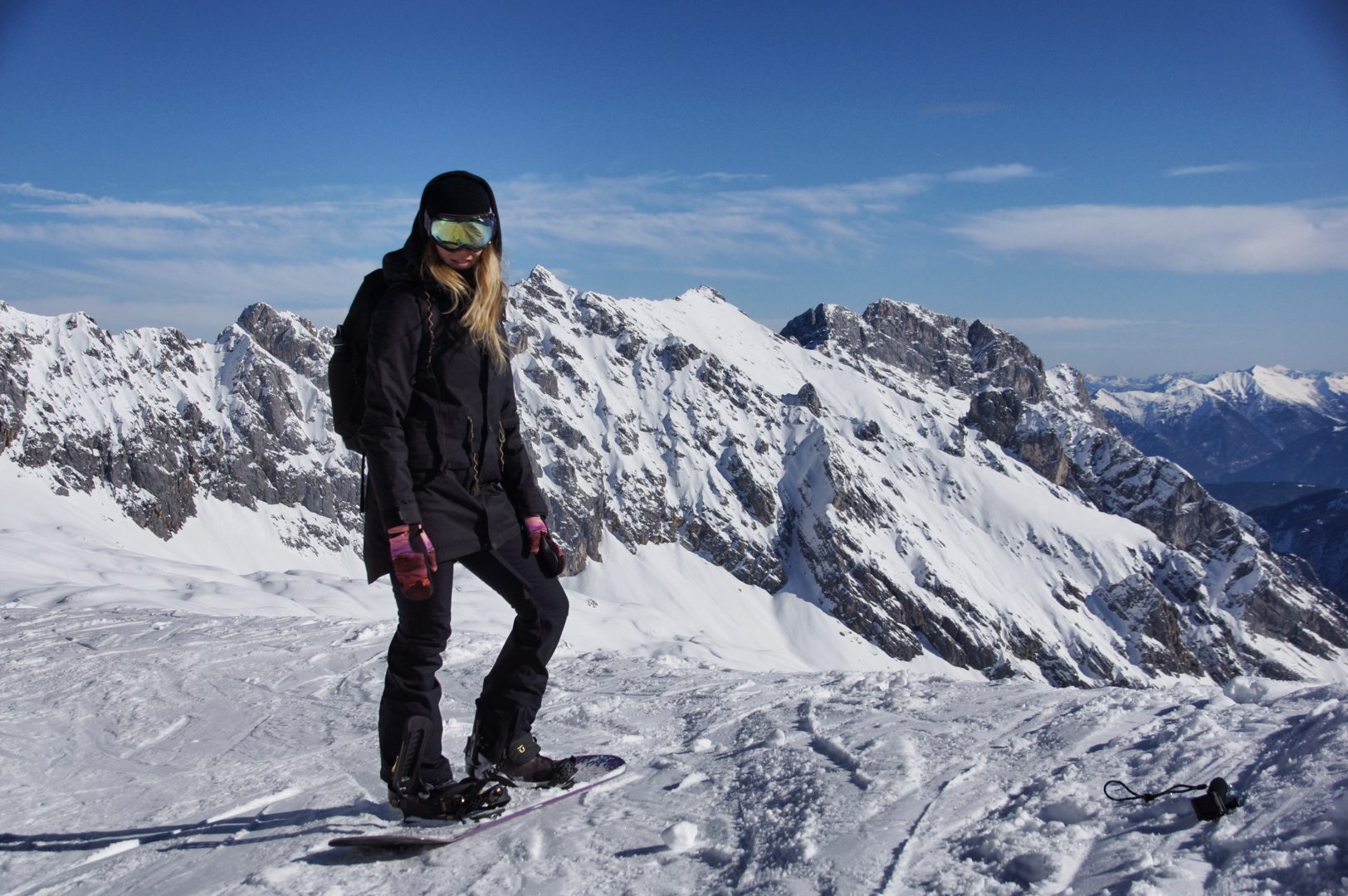 Spending two or three days in Munich? You will enjoy them even more if you go skiing in the mountains for a day. No one will be able to take those memories from you! J

Take the train to the ski resort: Who or what is Zugspitze?

Zugspitze is Germany’s highest mountain. It is a straight shot with the train from Munich’s main station. At 2,962 metres above sea level, not only can you enjoy a great view and wonderful Kaiserschmarrn (Bavarian funnel cake) or yeast dumplings, you can also enjoy great skiing and snowboarding. There is the Garmisch-Classic ski resort, with the popular, steep Kandahar ascent and the Zugspitze resort on the Zugspitz Plateau. It’s the highest ski area in Germany, and it is open until May. You can reach both of them with a direct train from Munich central station. If you don’t have skis, you can hire them in the valley or directly on the mountain. Alongside the slopes, there is even a sledging track. Hop on your sled and off you go!

Good to know: the town of Garmisch-Patenkirchen, at the foot of Zugspitze, was the location of the 1936 Winter Olympics. Since 1970, World Cup events have been held there annually, and the Alpine Ski World Championships were held here in 2011, along with the famous Kandahar Races – one of the most challenging racetracks in the Alpine Skiing World Cup. 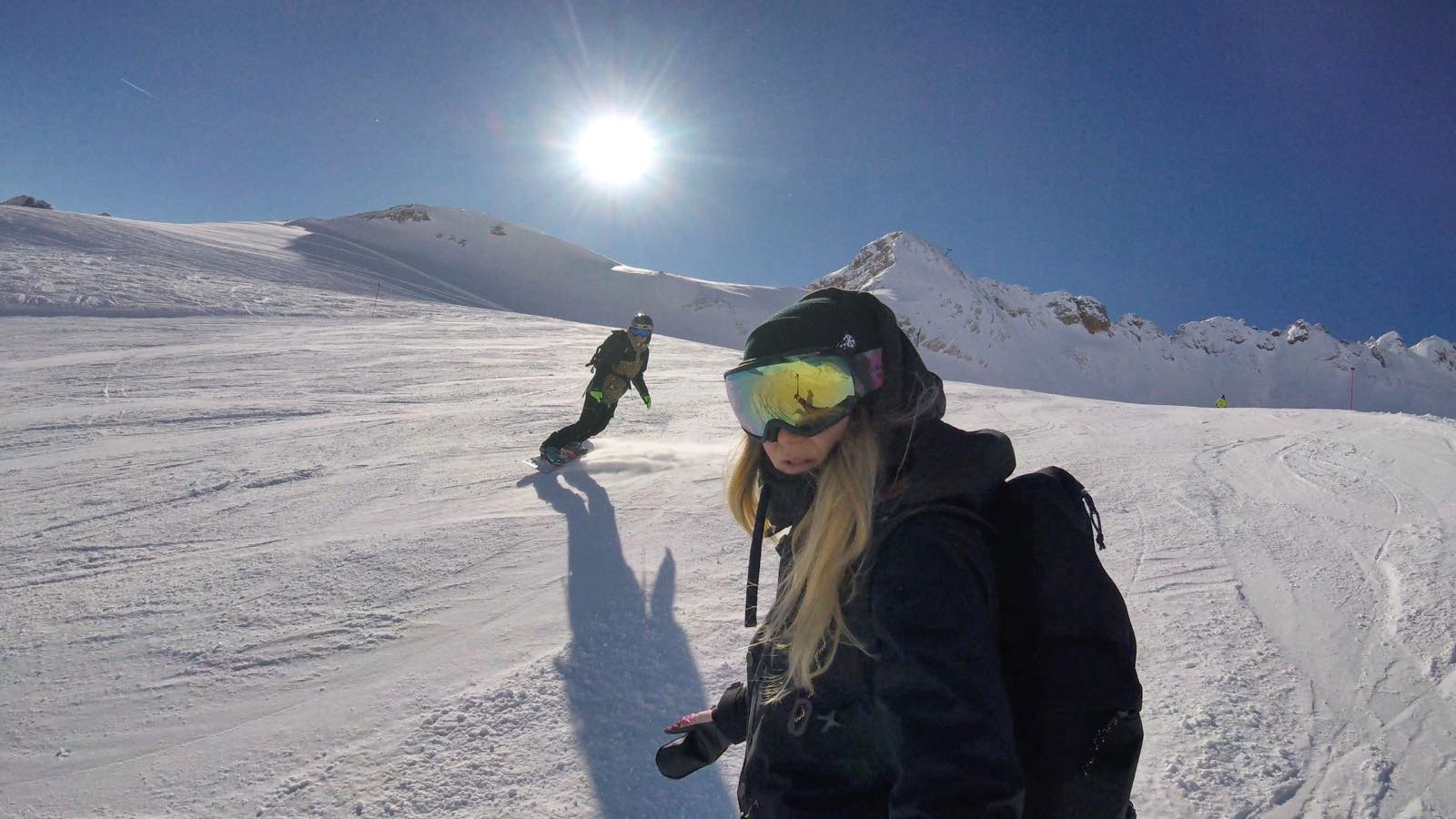 You can ascend with the 6-person chair lift ‘Wetterwandeckbahn’, from which we ski down the blue slope number 4. That is the perfect way to start the day, and the breath-taking mountain panorama is always in sight – that is my favourite part of skiing at Zugspitze! You can continue down the mountain via red slope number seven, where the cool kids set up a couple of table football sets next to the slope. Of course I give them a try! After a few wild descents and photos, it’s time for lunch at the glacier restaurant Sonnalpin, where you can enjoy hearty soup and sweet Kaiserschmarrn. You can eat on the terrace, since the sun shines reliably up here. After all, I want to return to the city a little tanned. 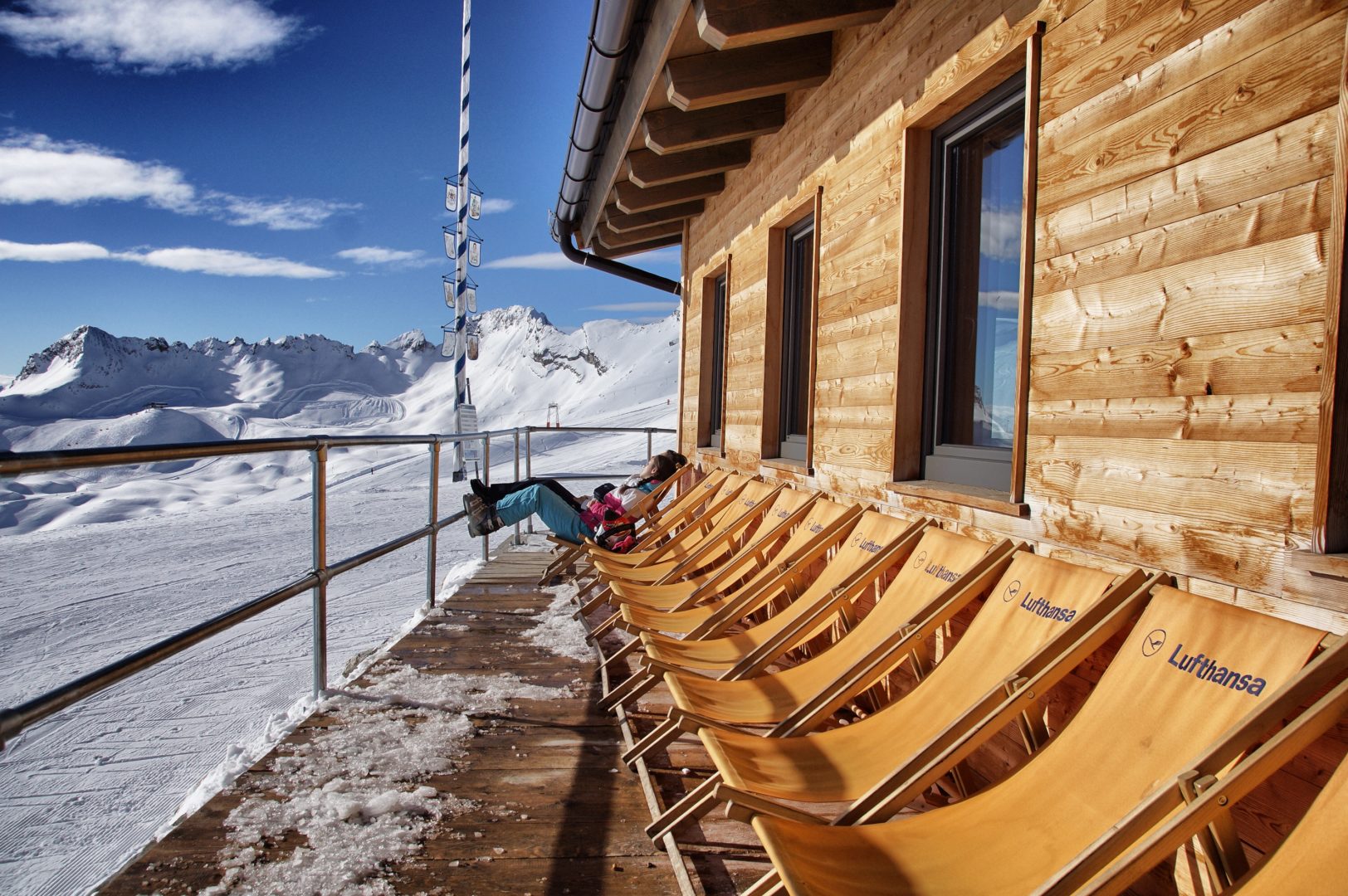 Good to know: up here, at over 2,500 metres, the sun is stronger and the weather is usually better than in the valley! Grey fog in the valley? Up here you will find radiant sunshine! 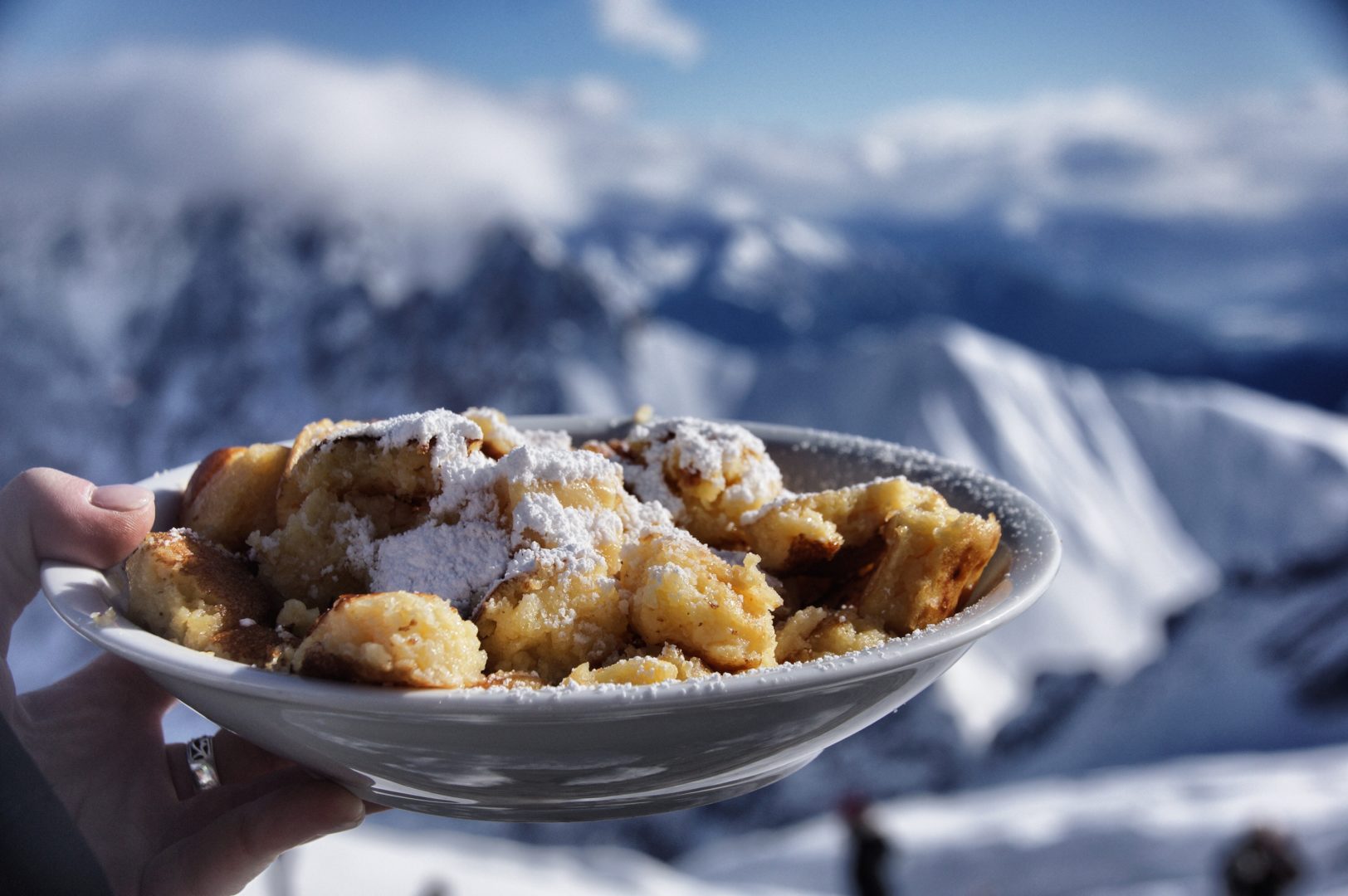 Kaiserschmarrn: Shouldn’t be missed in the mountains! 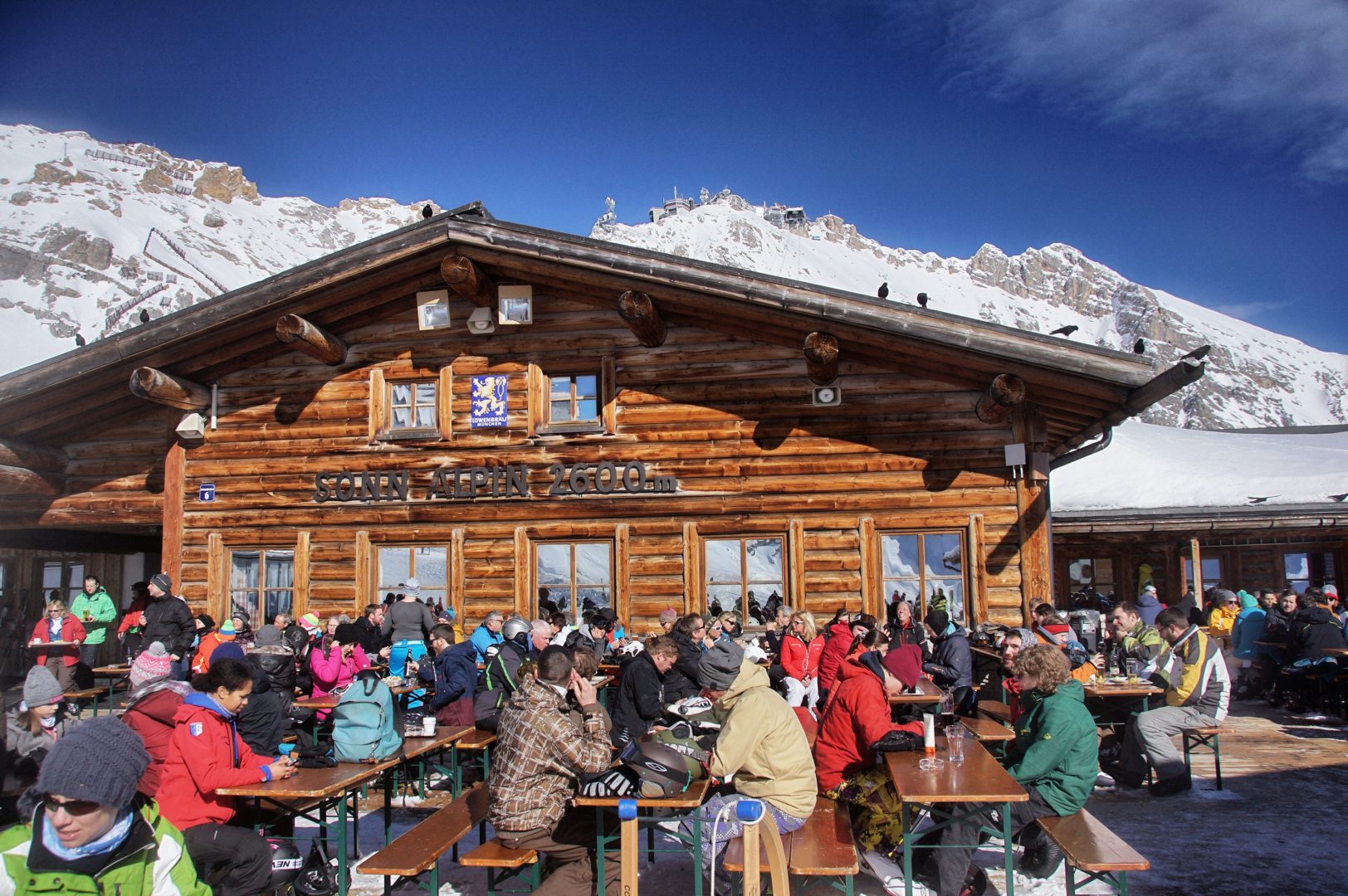 Take the train to the ski resort: How do I get there?

I love to go all the way to the top of Zugspitze, to the separate Zugspitze ski resort, to enjoy the gorgeous views, the wide ski slopes and the good weather. I get off the train at Garmisch-Patenkirchen and transfer to the rack railway, which goes straight to the ‘glacier train station’ Zugspitzplatt. 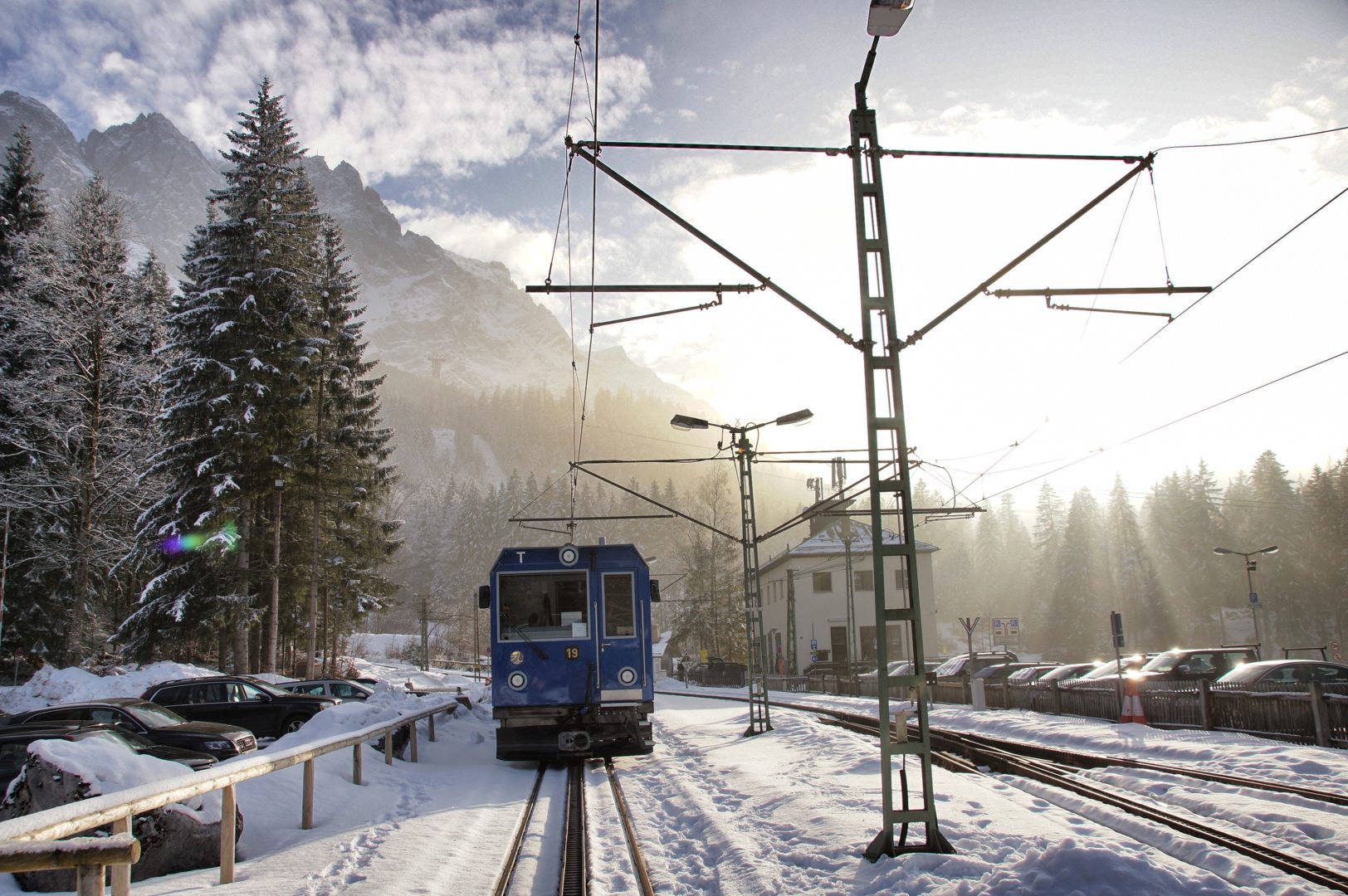 Take the train to the ski resort: Prices, tips and tricks 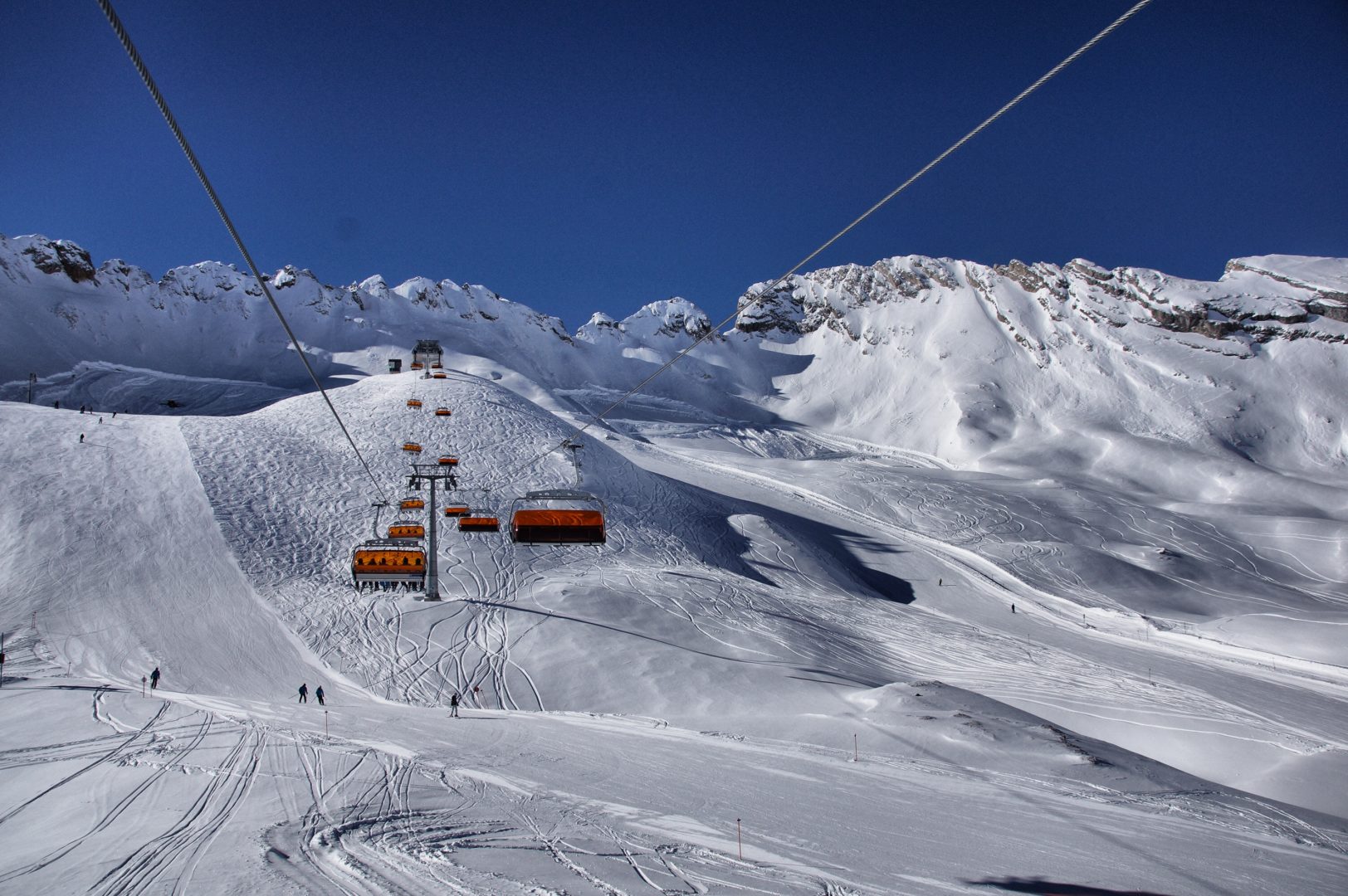