The Most Important Historical Sites in Amsterdam

With more than 7,000 officially recognized historical buildings and monuments, Amsterdam is a city with a rich history and countless stories to tell. Just take a walk in the city centre and its historical heritage will unveil to you step by step.

Beurs van Berlage is the third stock exchange building of Amsterdam and it hosted, among others,  the marriage of King Willem-Alexander and Queen Maxima. It was designed by architect Hendrik Petrus Berlage and built between 1896 and 1903. At the time of its construction, Beurs van Berlage was an innovative building, which unlike all important city buildings erected in Amsterdam at the end of the 19th century, did not try to imitate the ghotic or renaissance style. Instead it proposed a new aesthetic, austere and imposing at the same time, which brought international recognition to its creator and influenced other architects in the Netherlands, especially from the Amsterdam School architectural movement. The building is nowadays used as an exhibition and concert hall. Climb the 156 steps – there is no elevator – of the Beurs tower for fine views of Old Amsterdam. 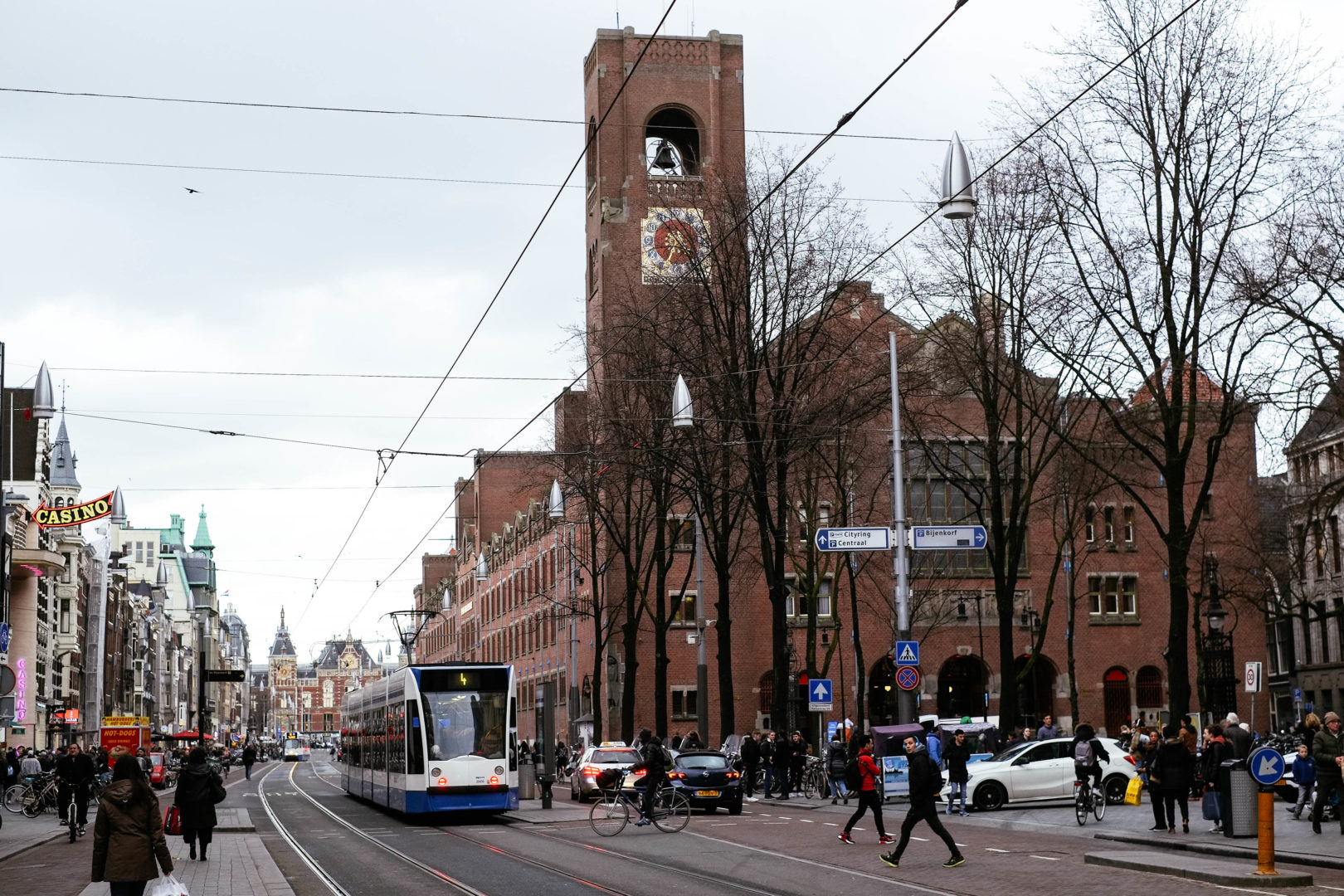 Dam Square is the place where Amsterdam started, with the building of a dam in the river Amstel. It is nowadays the beating heart of the city, the place to feel the rhythm of Amsterdam and do some people watching at the same time. On the west end of the square is the neoclassical Royal Palace, which served as the city hall from 1655 until its conversion to a royal residence in 1808 by the brother of Napoleon. Given the opulent beauty of its interior, the palace was referred to as the Eight Wonder of the World. Beside it is the 15th-century gothic Nieuwe Kerk (New Church), where royal coronations and weddings take place, as well as art exhibitions. On the opposite side of the square stands the National Monument, erected in 1956 in the memory of the victims of World War II and also a symbol of peace and tolerance in Amsterdam. There is always something happening at the Dam Square. 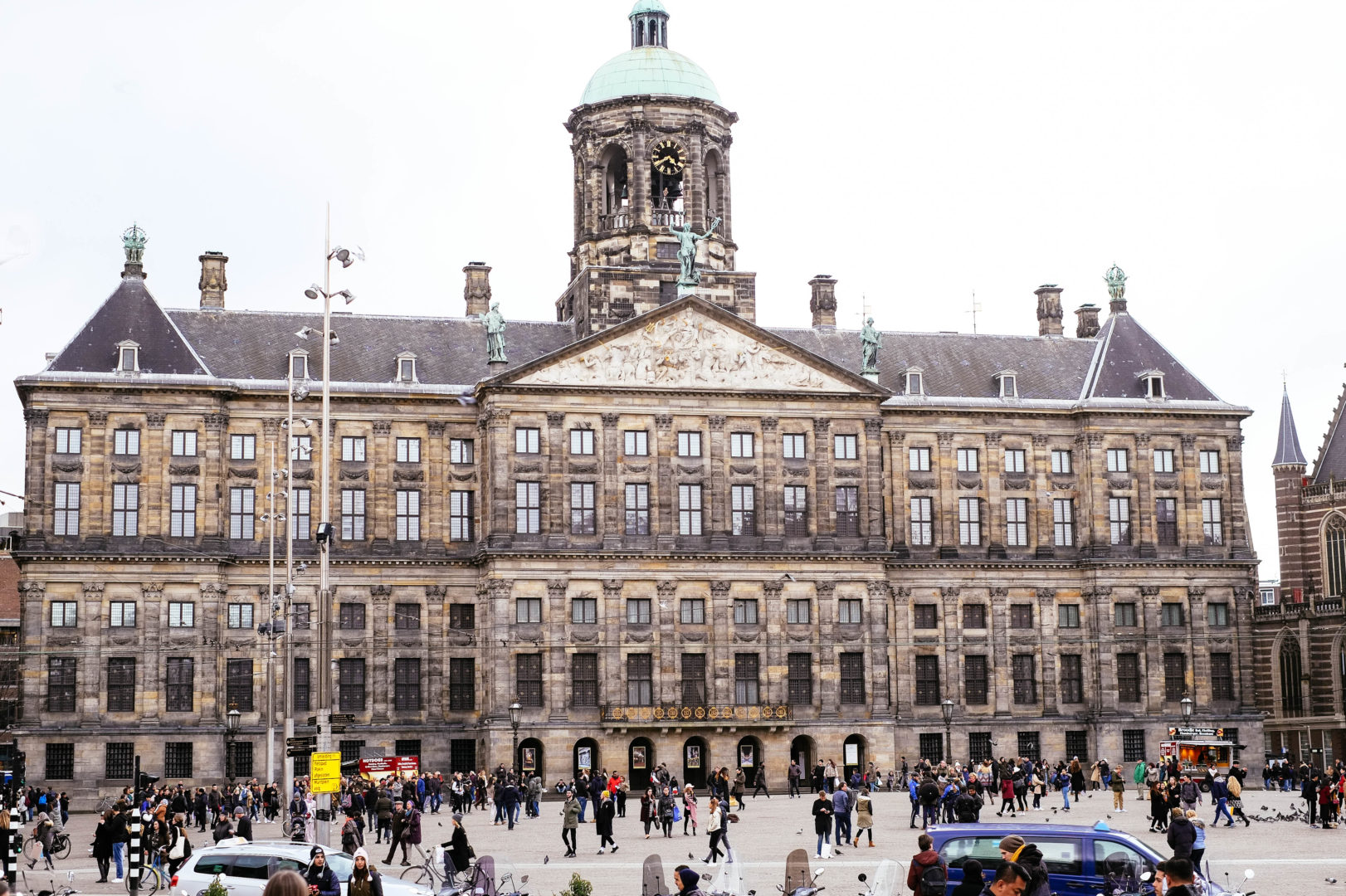 A visit to Museum Van Loon is a chance to step into an original canal house dating back to the late 17th century. The house was purchased by Van Loon family in 1884 and filled with their portraits, furnishings, and art objects. It is as if time stood still in this gracious residency in Amsterdam’s canal belt area. Turned into a museum in 1974, the house was carefully restored, and it is nowadays a treat for design and architecture aficionados. Personal tours are available on request.

Amsterdam’s Golden Age was a result of trade. Most of Dutch trading activities were controlled by the Vereenigde Oostindische Compagnie (V.O.C.), with its premises at Oost-Indisch Huis (East India House). Dating back to 1606, the V.O.C. is considered the world’s first multinational corporation and certainly one of the most powerful companies in history. No wonder that the architecture of East India House exuded wealth and luxury. The building, declared a national monument in the meantime, belongs now to the University of Amsterdam. Sit in the quaint courtyard or take a walk throughout the corridors to admire the numerous paintings depicting the 17th century Dutch trading settlement of Batavia – today’s Jakarta, Indonesia. 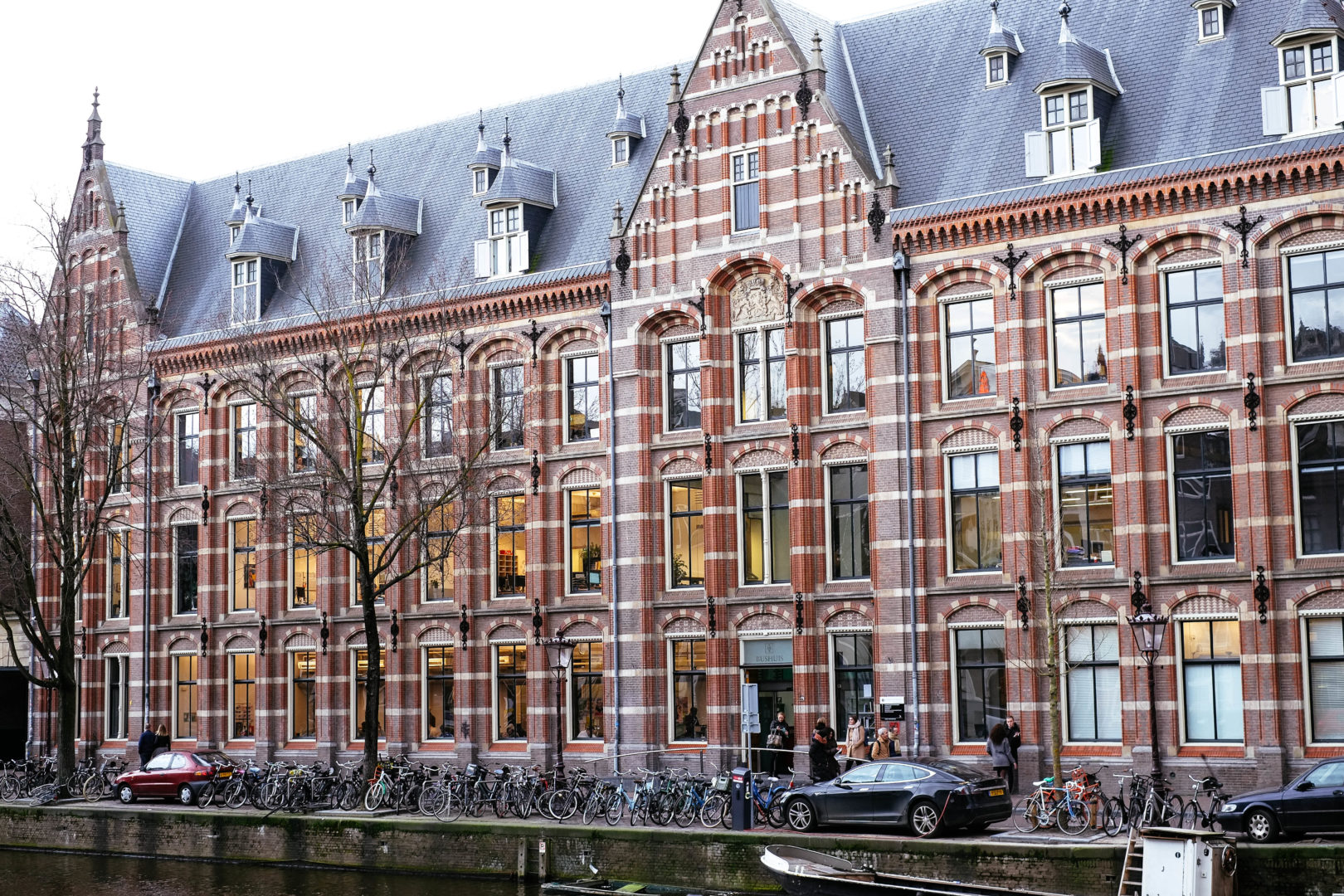 Located in the red light district and dating back to about 1250, the Oude Kerk (Old Church) is the oldest church and the oldest building in Amsterdam. Although its original interior was lost, the building itself being refurbished and expanded many times throughout the centuries, the hand-painted wooden roof remains intact after all these years. Today, exhibitions and concerts are frequently hosted in the building.

De Waag – Medieval fortifications in the centre of Amsterdam

The 14th-century De Waag (Weigh House) is the city’s only surviving medieval fortified gate. Like many of Amsterdam’s historic buildings, De Waag has served multiple purposes throughout the centuries: from gate for the city’s fortified walls to the place where overseas goods were weighed, to guild house for local professions, museum, and fire station. De Waag now houses a cafe-restaurant and a space where various types of exhibitions are held. Located in the Nieuwmarkt square, De Waag is the perfect place to start exploring Amsterdam’s Chinatown. 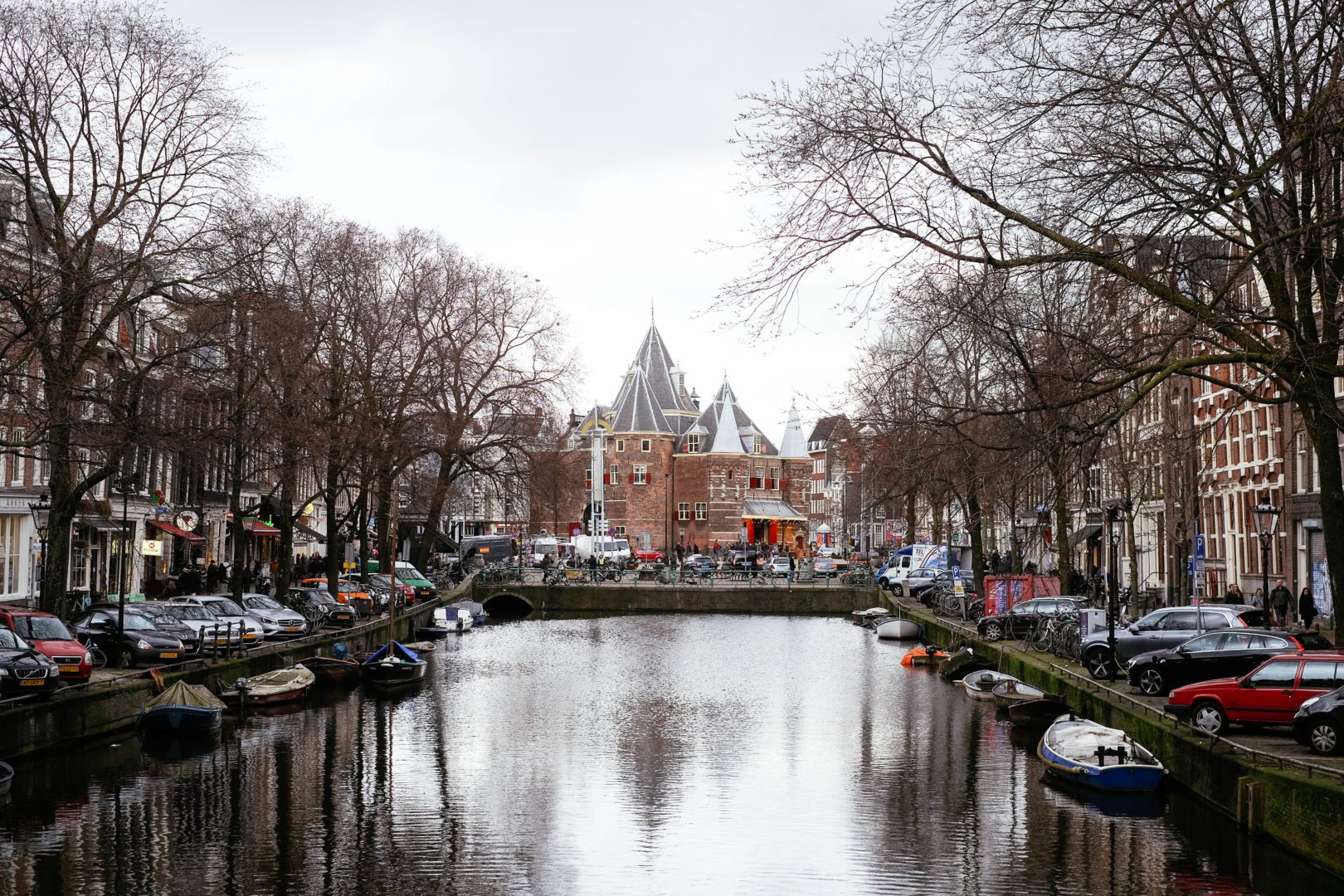 Painter Rembrandt van Rijn purchased this house in the centre of Amsterdam in 1639, and this is where he worked and lived until he went bankrupt in 1656. The house is now a museum, aiming to give visitors a full Rembrandt experience. It was refurbished, so as to show what it would have looked in those days. Along with Rembrandt’s etchings and his collection of objects from all over the world, works of his predecessors, contemporaries, and pupils are also on display.

Before the Holocaust, the Jews made up more than 10% of the population of Amsterdam, where they enjoyed a religious tolerance unheard of in the rest of Europe. Located in what is today known as Amsterdam’s Jewish Quarter, the Portuguese Synagogue is one of the most important legacies of the vibrant Jewish community in the city. The building was inspired by the Temple of Salomon in Jerusalem and was completed in 1675. It was the largest synagogue of those times and one of the biggest buildings in Amsterdam. 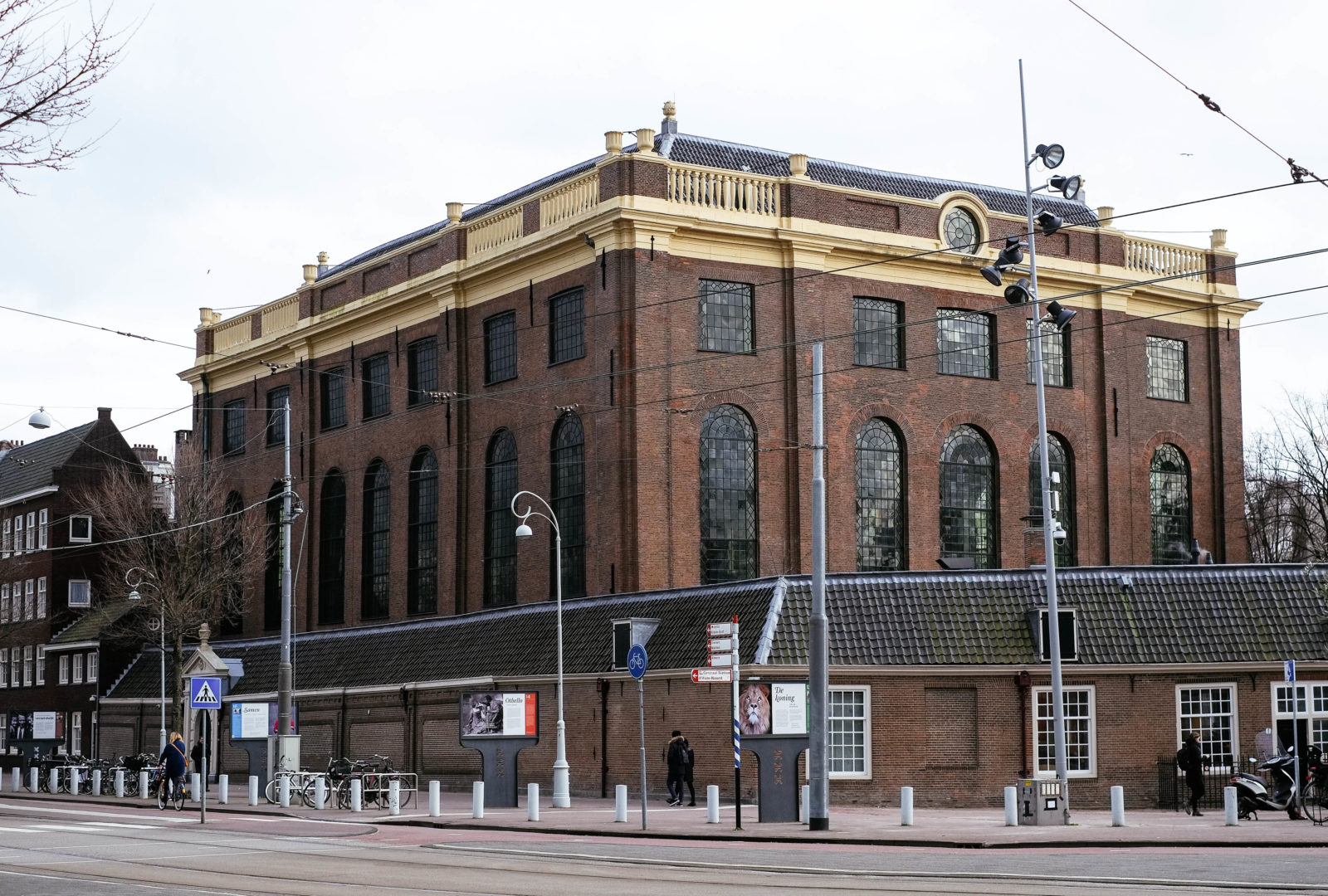 Anne Frank Huis – Hiding from the Nazis in an Amsterdam house

Anne Frank Huis (Anne Frank House) aims to share the life story of Anne Frank, a Jewish teenager hiding from the Nazi, dreaming of freedom, and writing a diary about this. Visitors to the building where Anne and her family lived during the German occupation will find themselves face-to-face with haunting reminders of those painful times. Anne Frank’s experience is now shared with the world and will hopefully never be forgotten. Waiting lines at this site are long, so make sure to arrive early or in the evening.

Almost every visit to Amsterdam starts at Centraal Station (Central Station). One of the Netherland’s main transportation hubs, the Central Station was built between 1881 and 1889 on three artificial small islands on the IJ, supported by 8067 wooden pillars sunk into the sandy soil. The building was designed by Petrus J.H. Cuypers – one of the biggest Dutch architects. In the Eastern part of station there is a special pavilion enclosing Koninklijke Wachtkamer (Queen’s Waiting Room), with a place for Queen’s carriage. 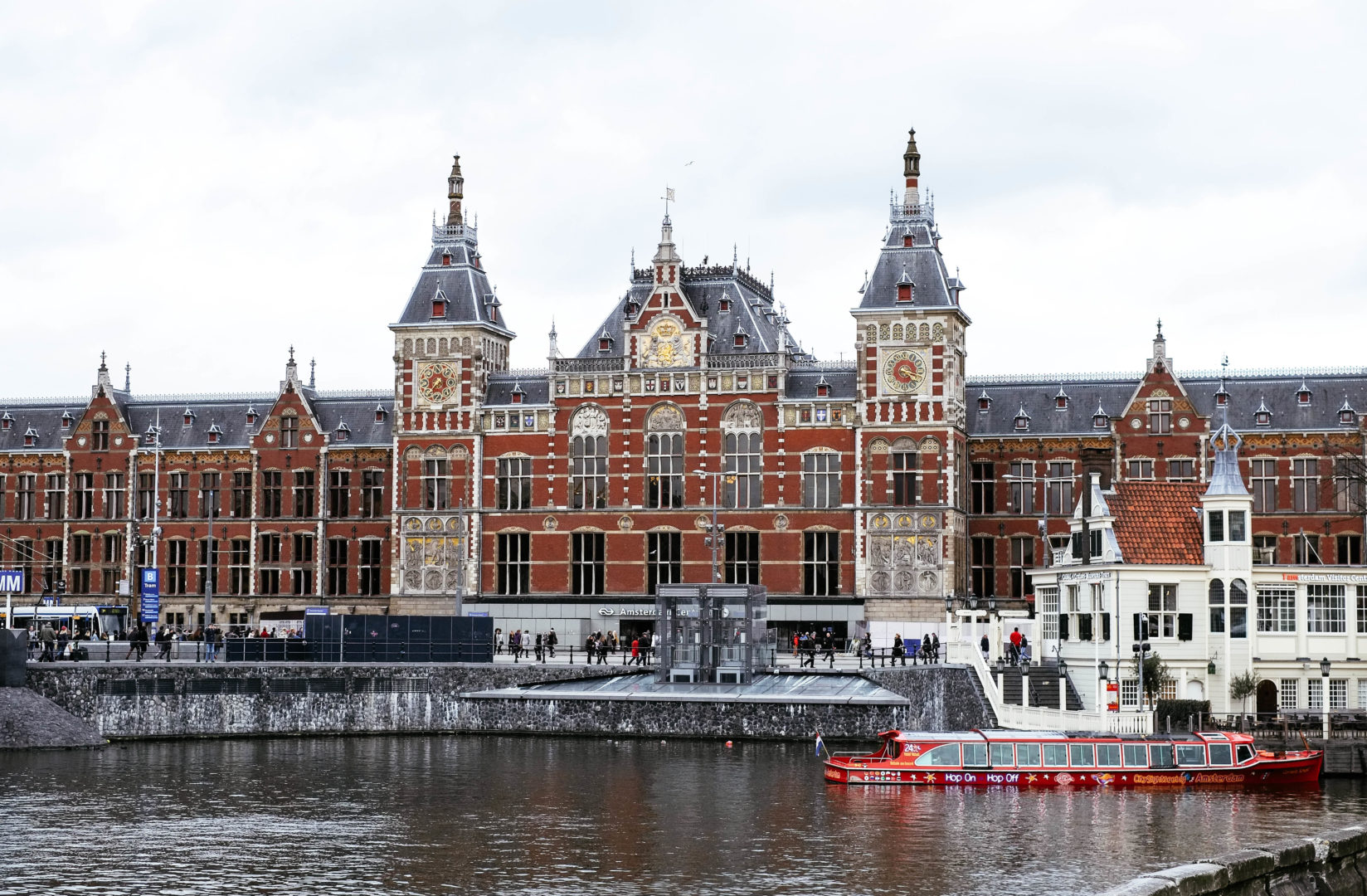 Here you can find your hotel in the center of Amsterdam.