Kensington is a great area of London. The buildings are grand and historic, the streets are wide and leafy and the hustle and bustle of London can often seem far away.

MEININGER Hotel London is the perfect walking distance from many beautiful spots within Kensington so if you’re staying here this is how I’d suggest you see some of the key, iconic London spots but also some lesser known hidden gems of West London. 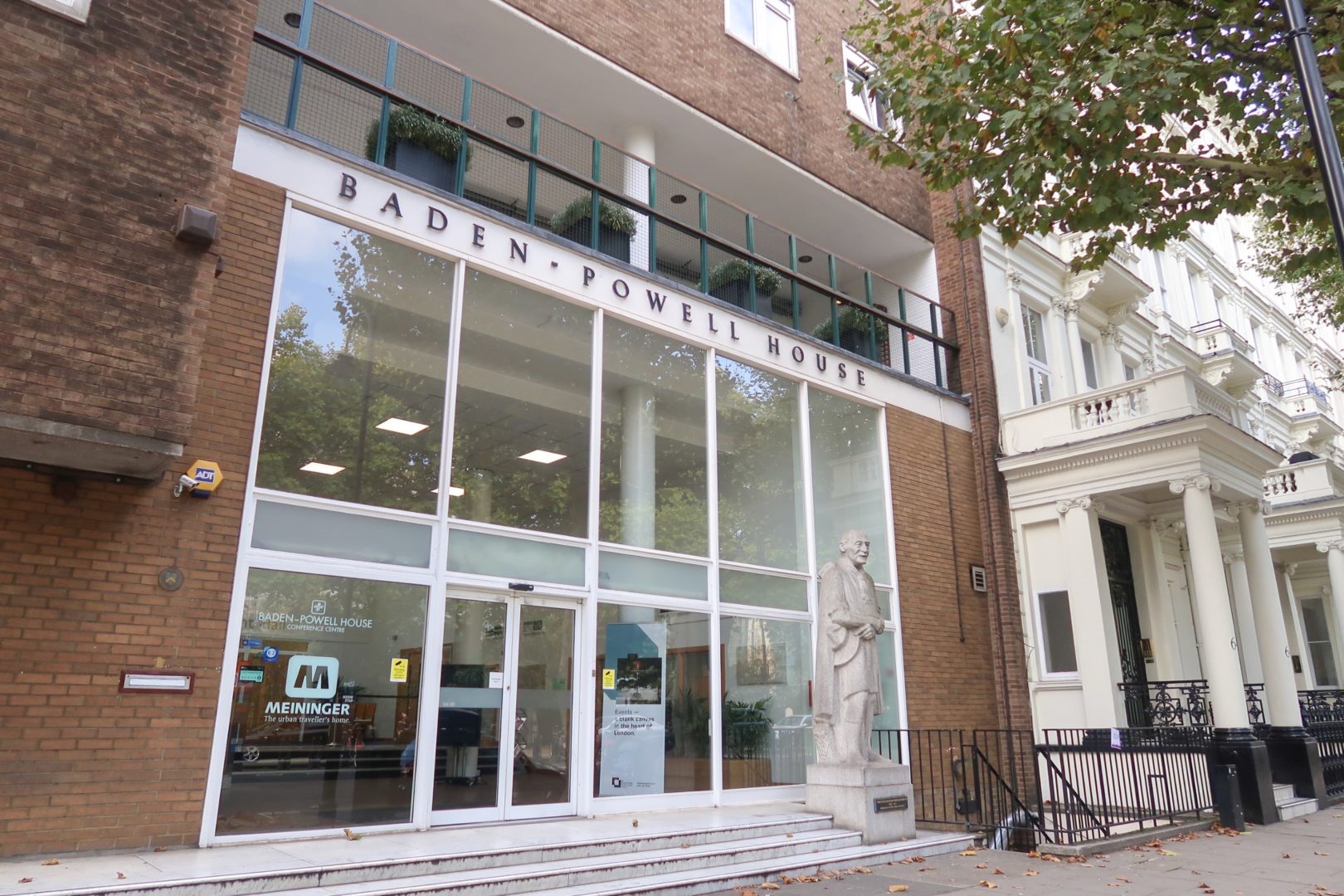 First off head to the museums that South Kensington is home to. The Natural History Museum, the Science Museum and the V&A all sit within a few meters of each other and are as iconic and interesting from the outside as they are from inside. The museums are all free to enter and open at 10:00am. There is often a queue during the day, especially for the Natural History Museum, so if you want to go inside I would suggest being at the gates for 10:00am to miss the crowds!

After you’ve finished at the museums walk North up Exhibition Road in the direction of Hyde Park. Just before you get to Hyde Park be sure to take the last street on the left – Prince Consort Road as this will take you to the front of the famous Royal Albert Hall where many big events take place.

Then head into Hyde Park. Hyde Park and Kensington Gardens together create one of the largest parks in London and on the map you really can’t miss it due its rectangular shape right in the middle of the city. It’s home to gardens, memorials, cycling tracks, ponds and a Palace! 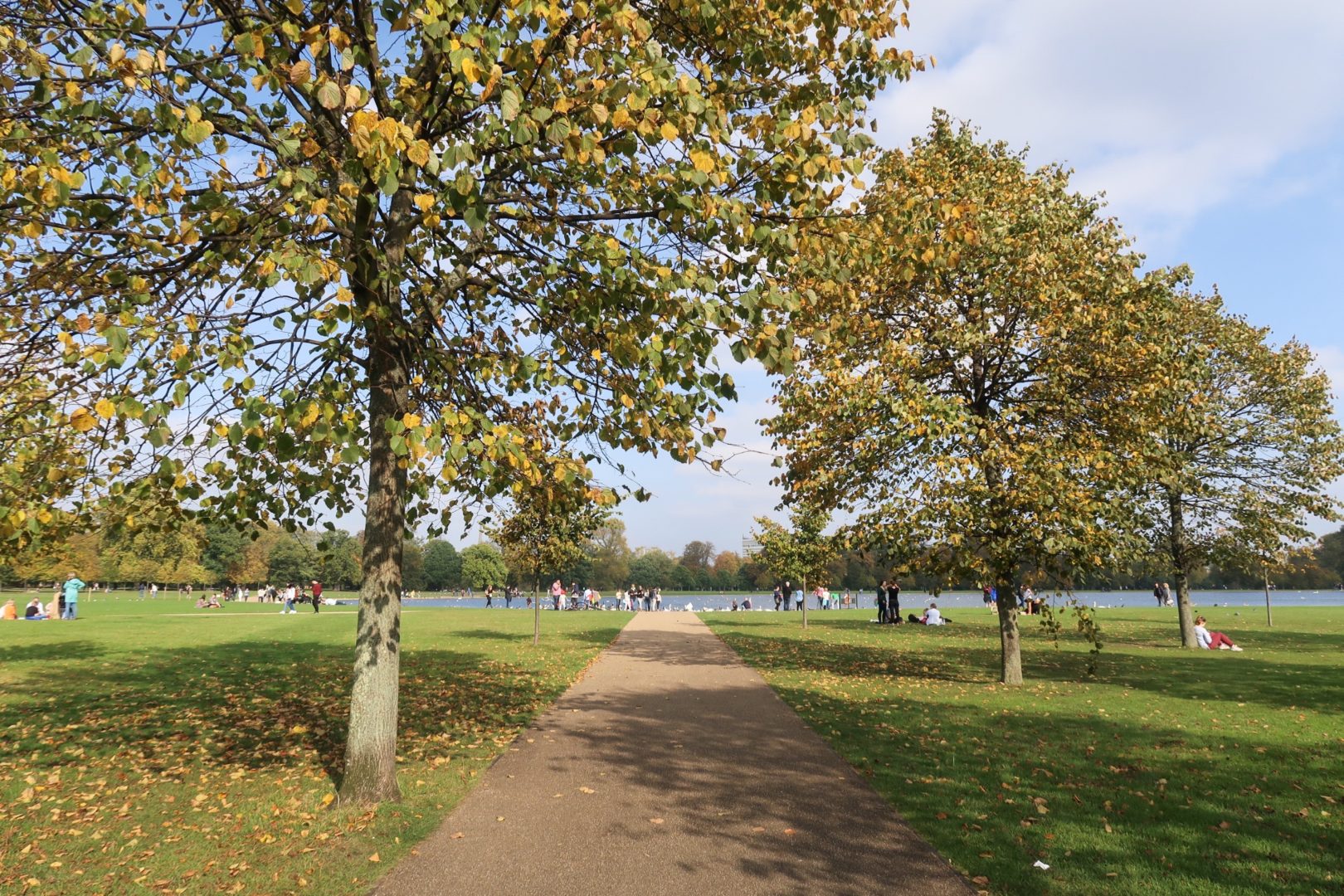 Take a slow walk around the park but be sure to end at Kensington Palace which has been a palace since 1689! You can pay to go inside or you can admire the palace and it’s gardens from the outside. The Palace has become even more popular in the last 20 years as Princess Diana who died in 1997 lived here for a while. Personally I really love walking around the Round Pond that is in front of the Palace and is usually filled with ducks. 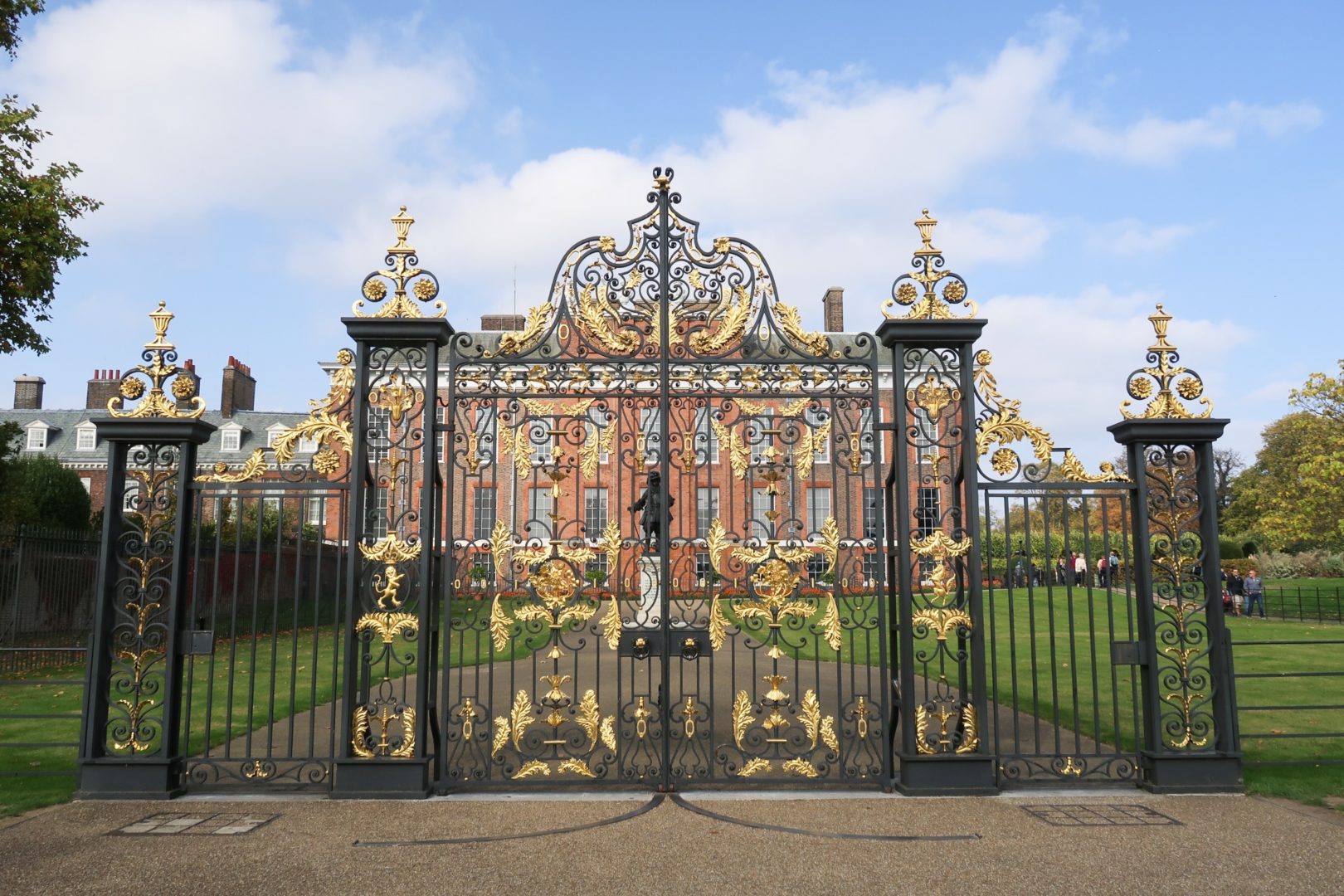 From here, head North West out of Hyde Park towards Notting Hill Tube Station. Notting Hill is incredibly busy and touristic these days but when in West London it really can’t be missed!

Head to Portobello Road which on a Saturday hosts the famous Portobello Road Market. On Sunday-Friday although the market isn’t on it’s still worth the visit and the plus side is that the streets aren’t as busy. Here you can discover the colourful houses of Notting Hill and wander around the many independent shops. 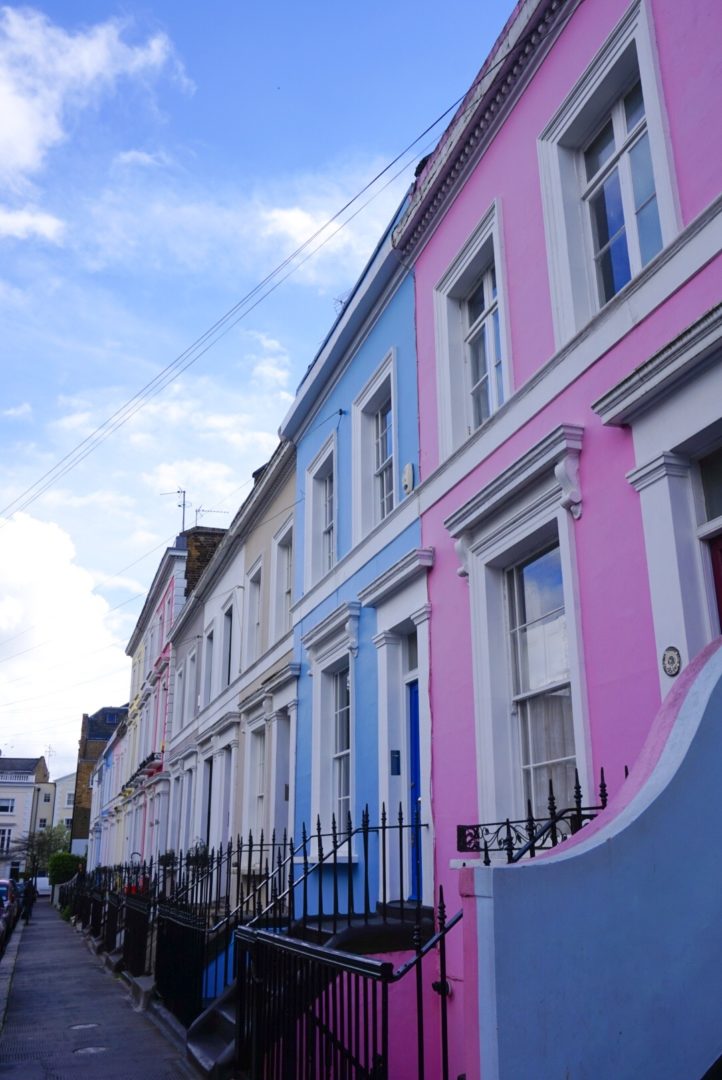 Next head to Holland Park walking down Ladbroke Grove, crossing the main road and heading up Holland Park road until you see an entry point into Holland Park. On route be sure to look out for the grand and affluent Victorian townhouses that make West London so fancy!

Holland Park is another beautiful area of green in London home to woodland, play areas, the ruins of Holland House which was badly damaged during World War II and a very unique garden – Kyoto Gardens which is a Japanese garden donated to the park in 1991. 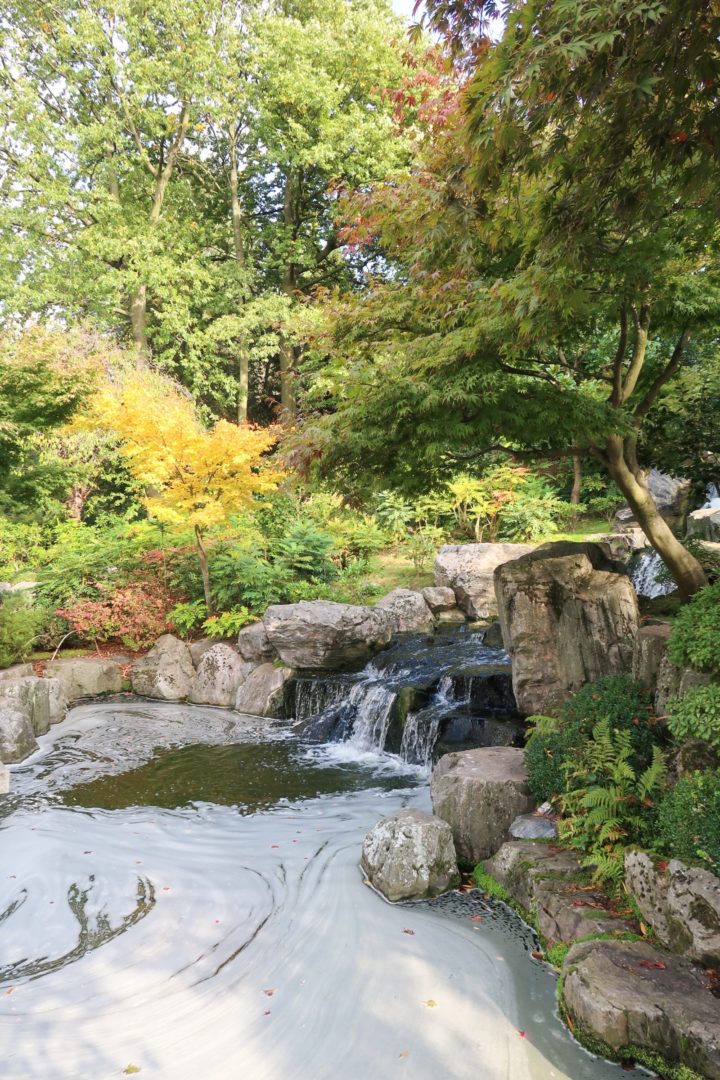 The garden can get quite busy but it still feels very serene. There’s a waterfall going into a pond, steps crossing the bottom of the waterfall and the pond is full of huge fish. Although not very Japanese there are also a number of peacocks that call this area home too which are interesting to see. Holland Park also has a cafe and free bathroom facilities if needed.

Walk to the Southern Part of Holland Park and then head East along Kensington High Street. There are plenty of high street stores a long here as well as a few fancier stores too and lot’s of places to eat. Again, it is filled with huge Victorian Buildings and it does feel very grand and posh!

Walk past Kensington High Street Tube Station and continue straight until you see the corner of Hyde Park. On your right you’ll see Palace Gate road, take this street which then turns into Gloucester Road.

London is known for its mews houses and there’s is no where better to explore the mews than off of Gloucester Road! 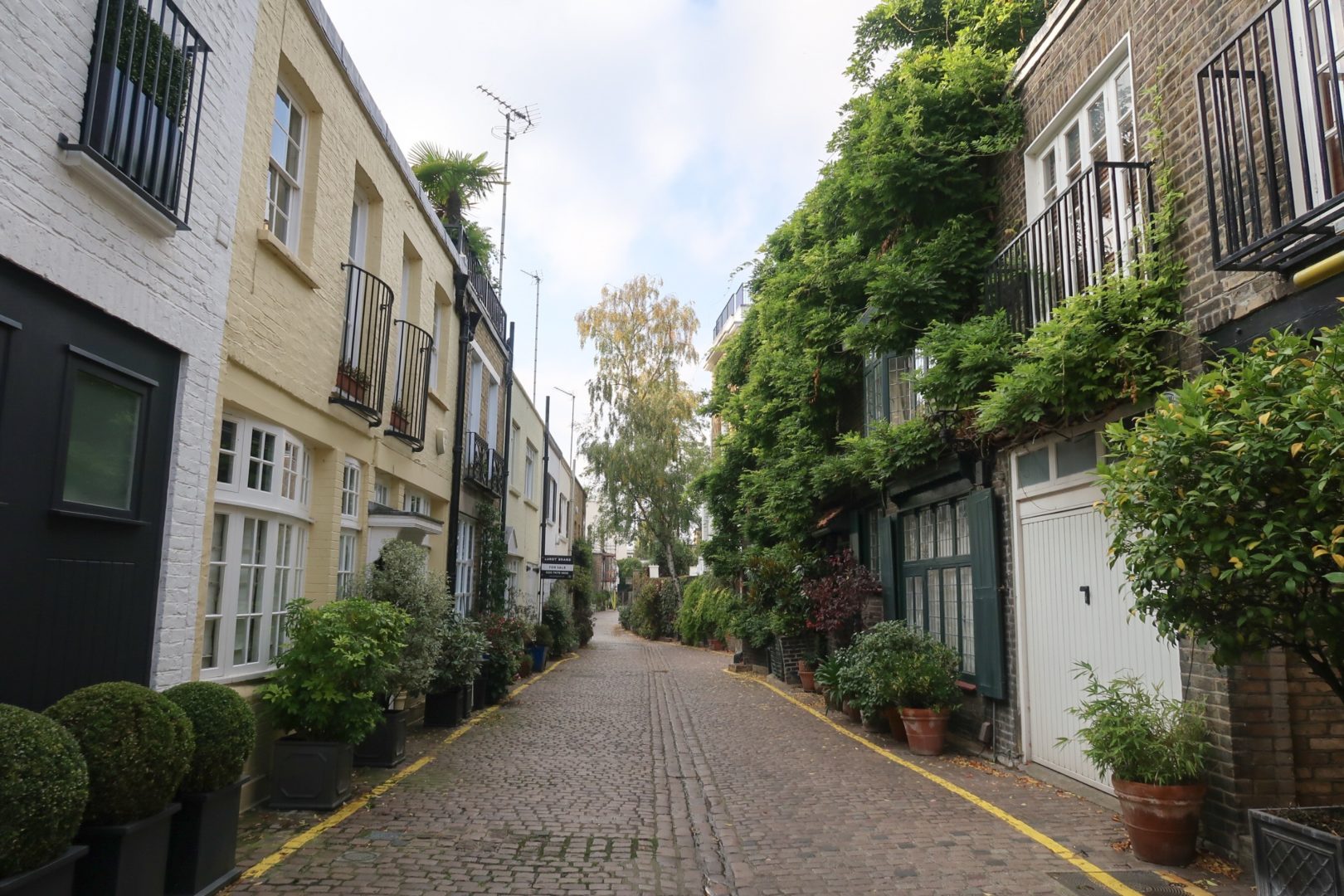 The mews used to be rows of stables when horse and carriages were used and the living quarters were on top. The roads are only small and tend to be just off of a main road. It’s quite funny because back in those days I’m sure no one wanted to live in them but fast forward to the present day and the mews of London go for a huge amount of money, are very popular and very pretty. It’s not uncommon for celebrities to live in a mews property!

Kynance Mews will be on your left after a few hundred meters. These mews are particularly popular on Instagram during the Autumn due to the low hanging red vines so take a walk a long this street and then come back on yourself back to Gloucester Road. 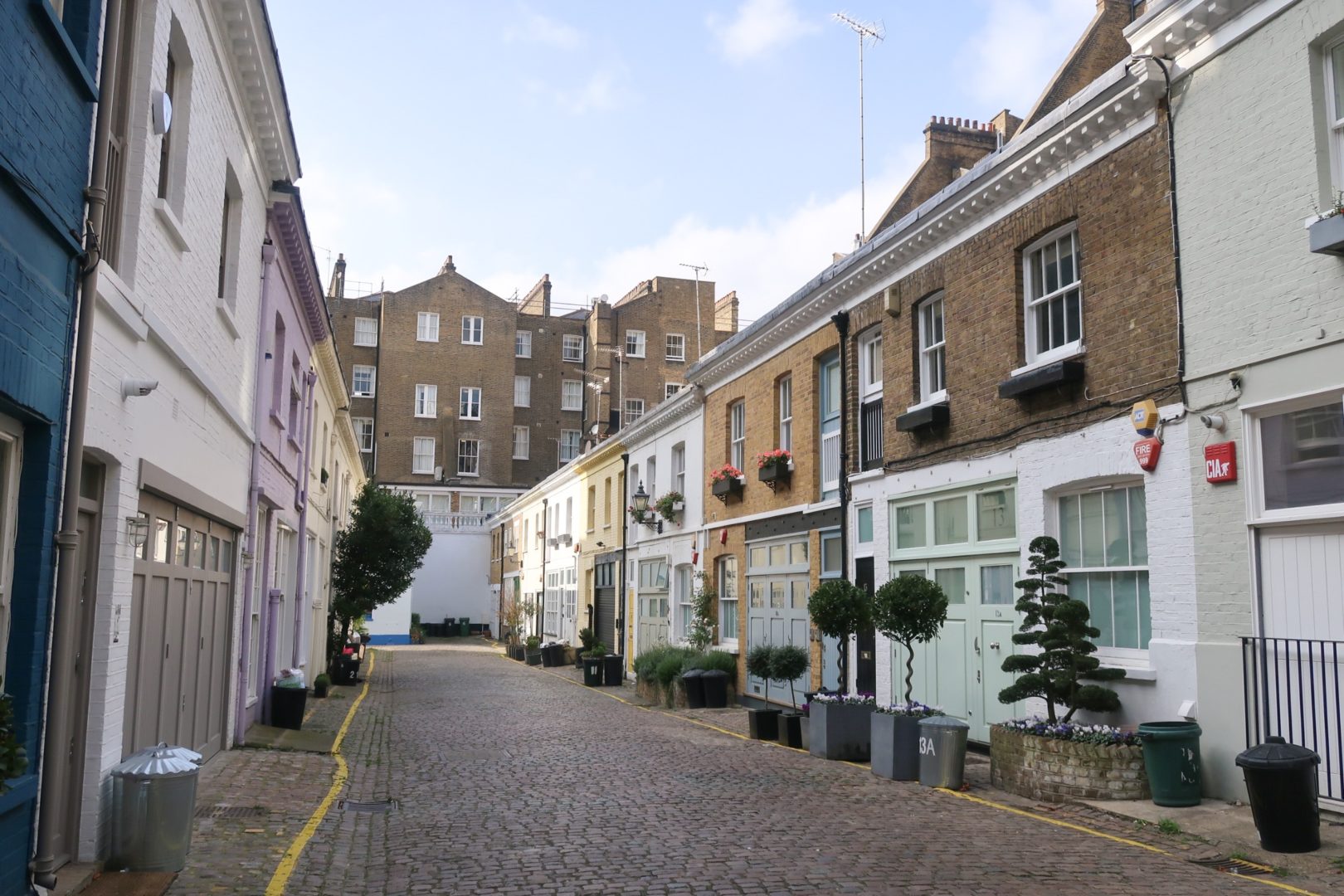 When you get to the crossroads of Gloucester Road and Cromwell Road turn left. Meininger Hotel is just up the street but first, take the first left into Atherstone Mews and follow it round until the end. Turn left up Queens Gate Gardens road and then right along Queens Gate place and on your right you’ll see Queens Gate Places Mews. Walk all the way down this street full of colourful mews buildings and then you’ll be back at Cromwell Road and Meininger Hotel is right in front of you! 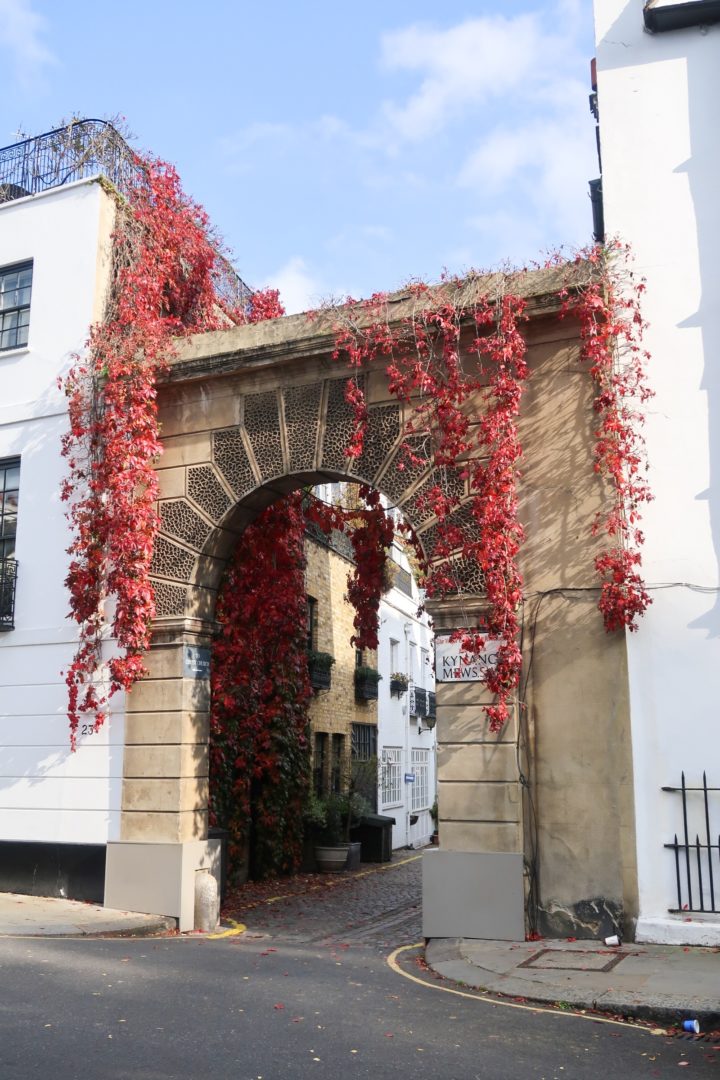 From this walk I hope you’ll get a good idea of what West London and Kensington in particular has to offer, all for free and without having to get on the tube!