Salzburg, Austria’s third city is a great place for a Vegan day out. With beautiful natural landmarks, loads of fascinating history, and great art and cultural scenes to experience, you’d be hard pressed to see everything the city has to offer in one day.  However, here is a suggested itinerary for a day out in Salzburg, with a vegan twist!

A Vegan day out has to start breakfast at Heart of Joy, a vegetarian cafe with lots of vegan options. Breakfast items from their menu (with vegan options highlighted in green) are served all day and consist of porridge, fruit salads and more.  If you’re getting started a bit later in the day, their lunch menu with soups, salads, sandwiches and main dishes is mostly vegan too. 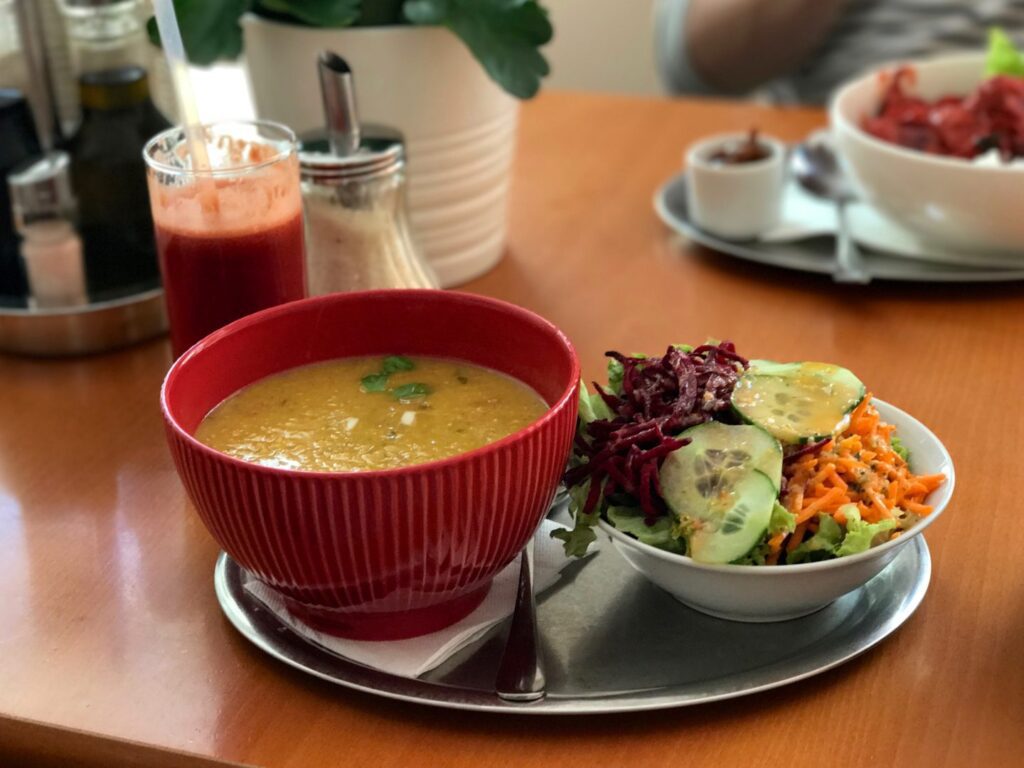 After that, take a wander through the nearby Mirabell Gardens. The gardens of the eponymous palace which is a UNESCO World Heritage Site and one of Salzburg’s attractions made famous by the Sound of Music. The gardens were originally laid out in the late 17th century with mythologically inspired statues added several decades later. They are free to walk through. They also offer a great look at the peak of the classical style that much of the city was built in. 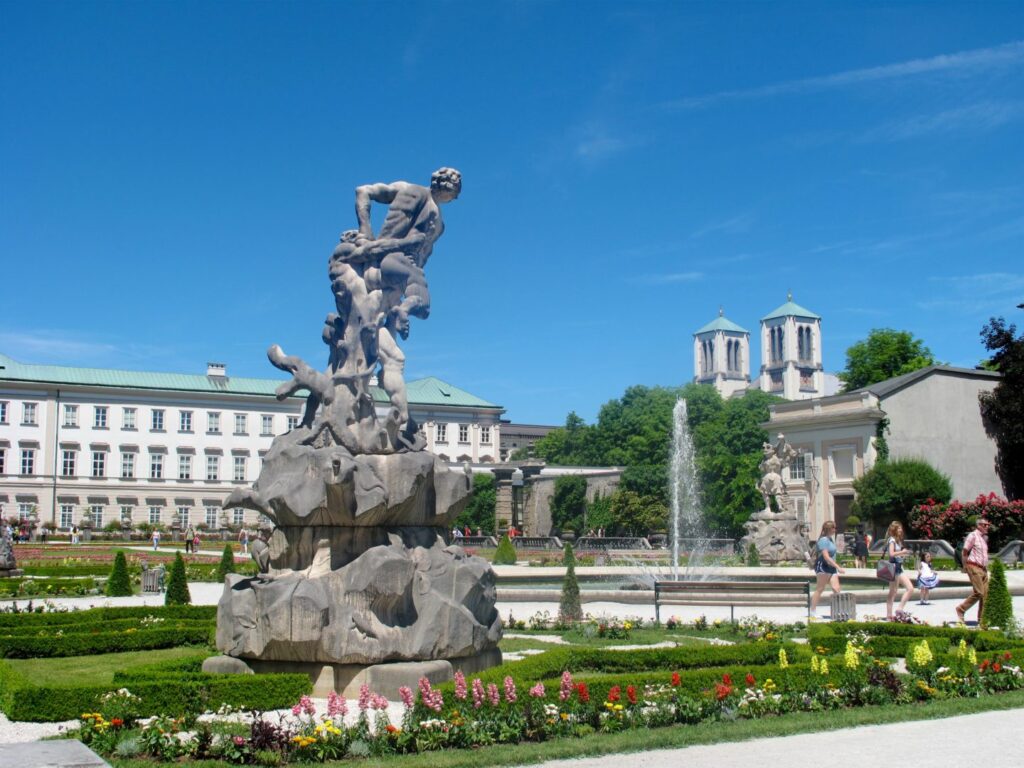 Walking down from the gardens towards the Salzach river, you’ll pass the house where Mozart lived which is now a museum. On the opposite side of the river, there are two other museums very close to each other worth visiting. The Haus der Natur and the Haus der Moderne. The Haus der Natur, an interactive science museum is a great place to go with kids, while the Haus der Moderne, a modern art museum perched on the Mönchsberg with panoramic views over the city is ideal for art lovers. 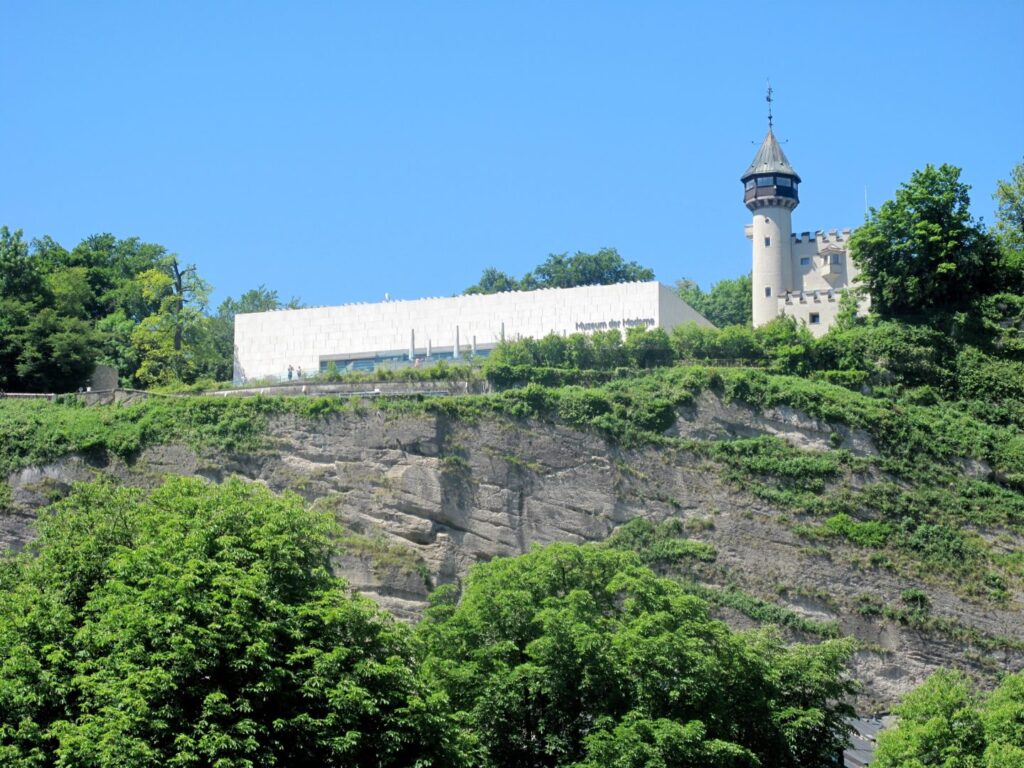 From there, walking east along the south bank of the river. You will pass near by the house where Mozart was born, which houses a smaller museum than the previous one. The walk along the river itself is quite lovely, and offers some iconic views of Salzburg. If you’re feeling peckish by now, head over to Residenzplatz to visit the Manner shop. The typically Austrian Manner waffles with a hazelnut filling just happen to be vegan. 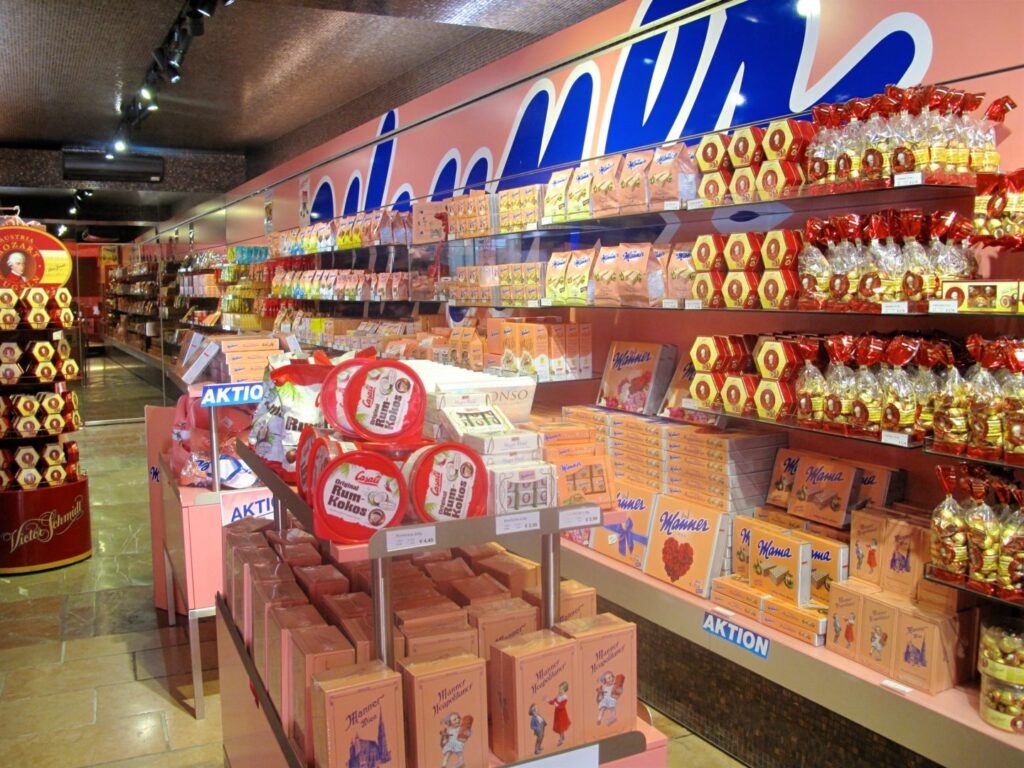 After admiring the impressive Cathedral just opposite the shop, head north again across the river. There you can stop in to of the many independent art galleries along Linzergasse. This includes Galerie Weihergut and Art Let. They both of regularly exhibit work from contemporary local artists.

Vegan Salzburg: Towards the End of the Day

By the evening, you won’t be far from GustaV, the city’s only fully vegan restaurant. It’s relatively small and can get busy in the evenings. Serving soups, salads, sandwiches and lovely homemade cakes, the food has some international flavors. However, it is mostly typically Austrian style food made vegan. If you’re not ready for a full meal, it’s also a lovely place for a coffee and piece of cake to keep you fueled. 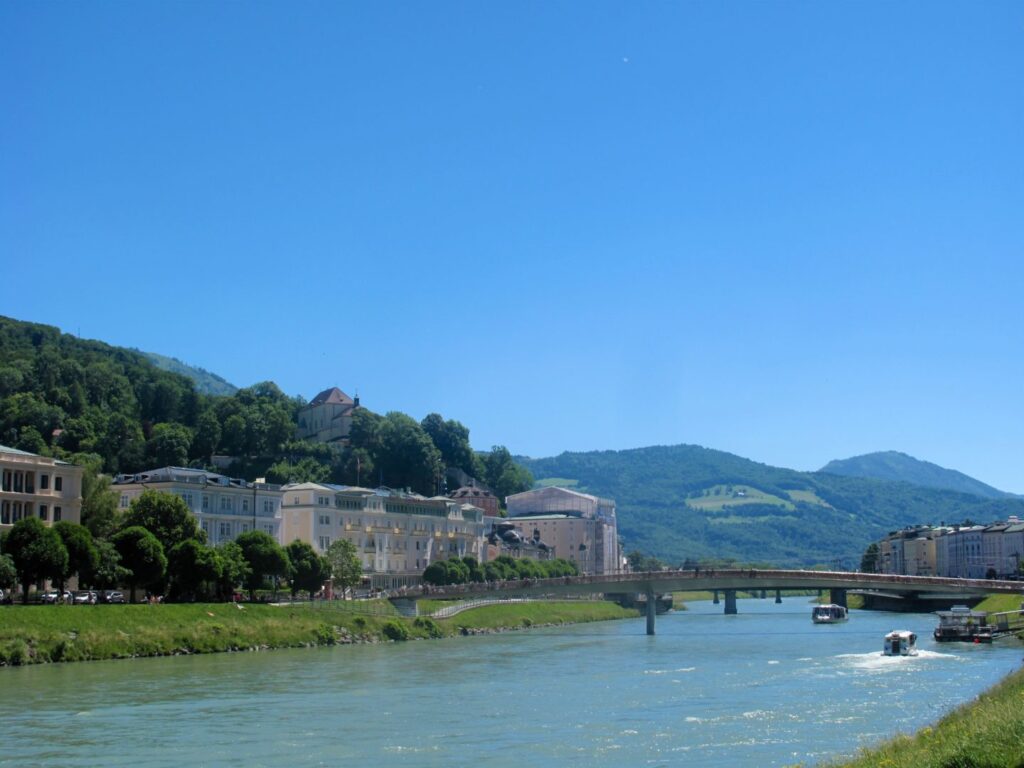 You could also take a river cruise to get a different point of view on the city. You can explore the castle or indeed going on a Sound of Music tour! Whatever takes your fancy.

A great base to explore the city from is our hotel in the center of Salzburg.

Located centrally, the MEININGER Hotel Salzburg City Center receives all the visitors who want to follow in the tracks of the child prodigy, Wolfgang Amadeus Mozart. Only 2.5 kilometres away are the most famous attractions of the city: the birthplace of Mozart in the Getreidegasse, the Mozartplatz and the Festival Hall.