The Top 6 Shopping Areas in Rome

Take a break from sightseeing and hit up Rome’s shopping scene. From well-known high-street brands to haute couture and everything in between, here is the guide for the best shopping in Rome experience.

Where to go shopping in Rome

The mile-long Via del Corso runs between Piazza Venezia and Piazza del Popolo, bisecting Rome’s historic centre. The closest thing that Rome has to a high street, it is lined with well-known clothing chains, big name brands and sports stores, as well as the beautiful art-nouveau shopping arcade, Galleria Alberto Sordi. Stroll up nearby Via del Tritone to get lost in the 6-storey luxury department store, La Rinascente, and experience the shopping in Rome at its finest.

The main thoroughfare of the affluent Prati neighbourhood, Cola di Rienzo is a slightly more upscale version of Via del Corso, with c. Don’t miss the glamorous Coin Excelsior department store which sells designer names in clothing, perfumes and cosmetics. 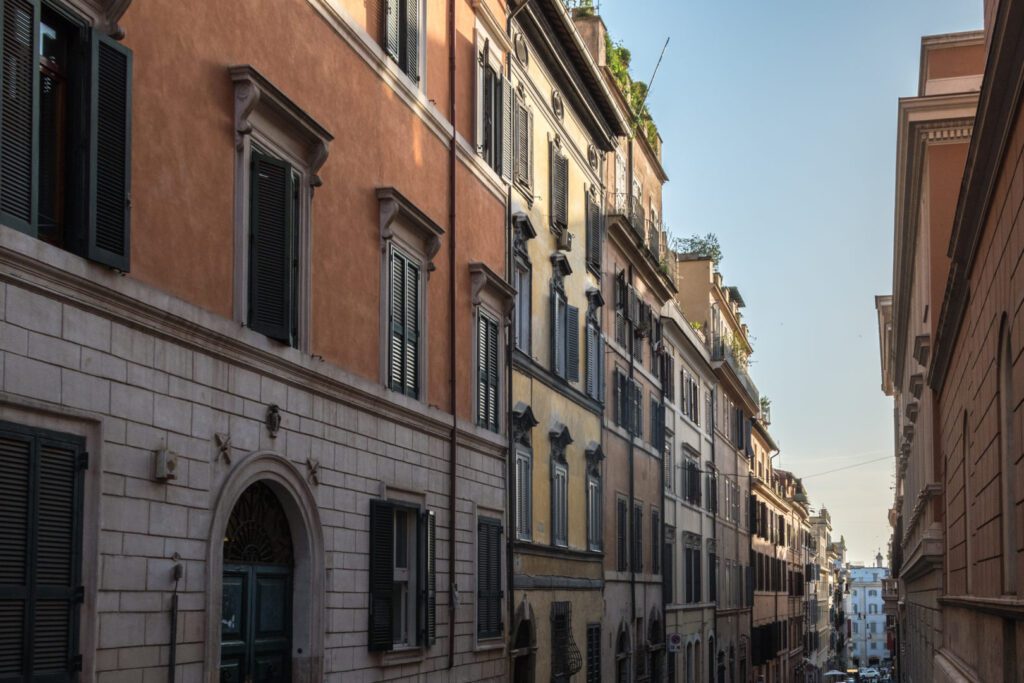 #3 The Spanish Steps & Via Condotti

The main haunt of Rome’s elite, the network of streets around Via Condotti and the Spanish Steps make up the most exclusive shopping area in Rome. All the big international designer names are here and even if it is out of your budget, it is a worth a visit just to look at the dazzling window displays and rub shoulders with Rome’s upper class. 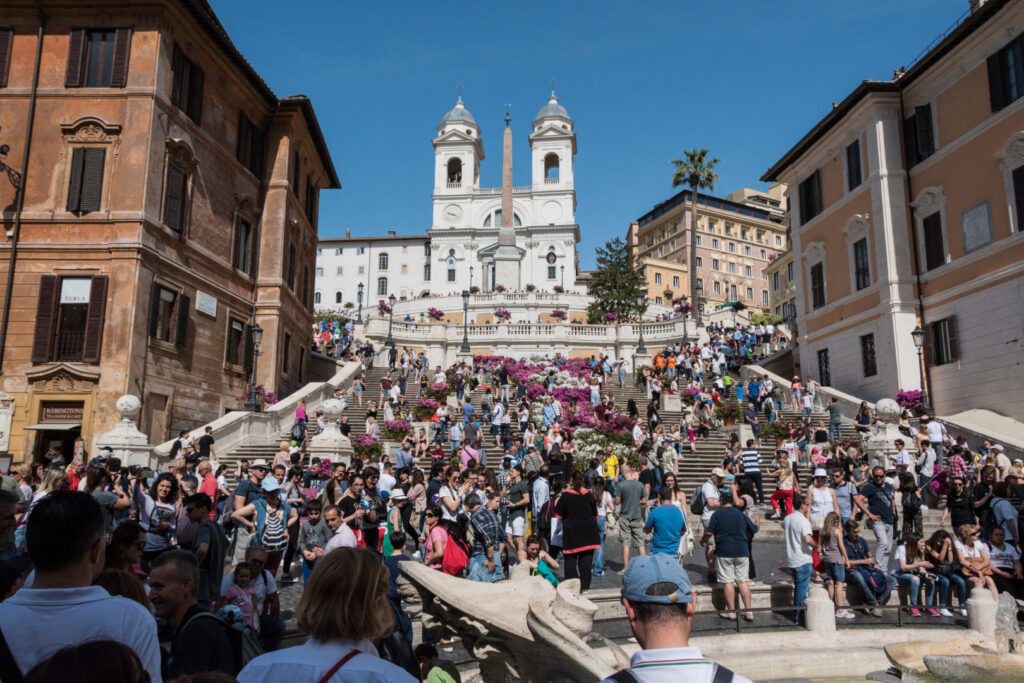 The pretty enclave of Monti, situated a short stroll from the Colosseum, is the place to go for independent shops selling quirky, quality goods. The streets of Via Urbana, Via del Boschetto and Via dei Serpenti are lined with tiny boutiques and jewellery-makers while every weekend up-and-coming designers sell clothing, accessories and homewares at the trendy Mercato Monti on Via Leonina.

The streets around Campo de’ Fiori have historically provided the base for Rome’s craftsmen and, despite becoming more commercialised due to tourism, there are still a few places selling goods handmade on site. Wander the backstreets around Via dei Chiavari and Via del Pellegrino to find smaller artisans selling leather, shoes and jewellery. 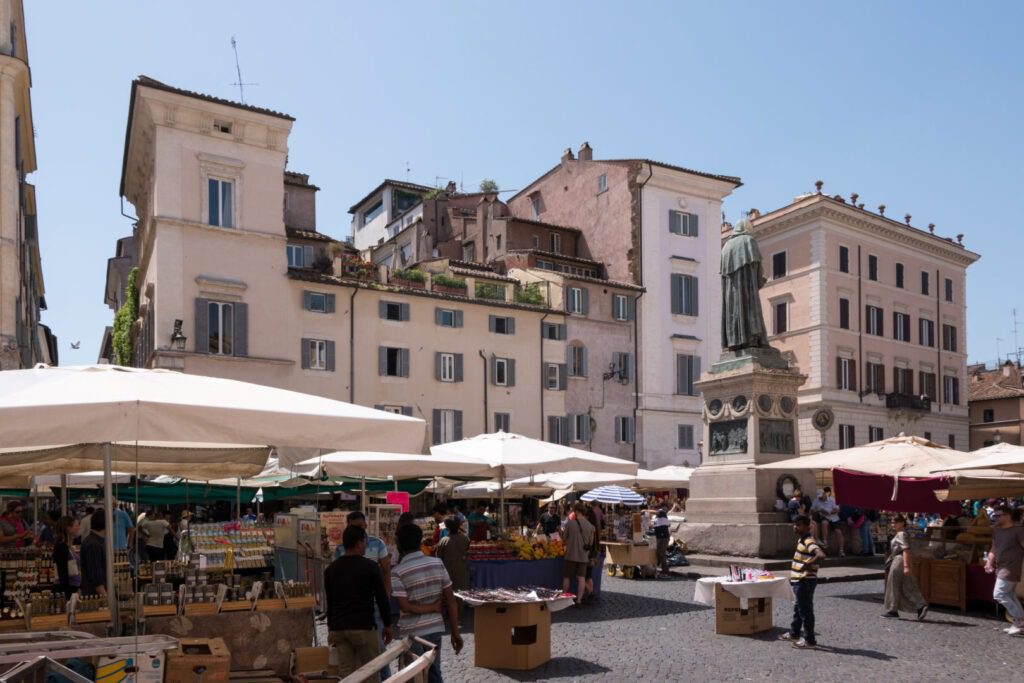 Just off Piazza Navona, Via del Governo Vecchio is a favourite for vintage-lovers with a selection of dusty emporiums piled high with second-hand clothing and trinkets from every era. For something more modern, there are also several chic boutiques selling stylish Italian fashion and footwear. 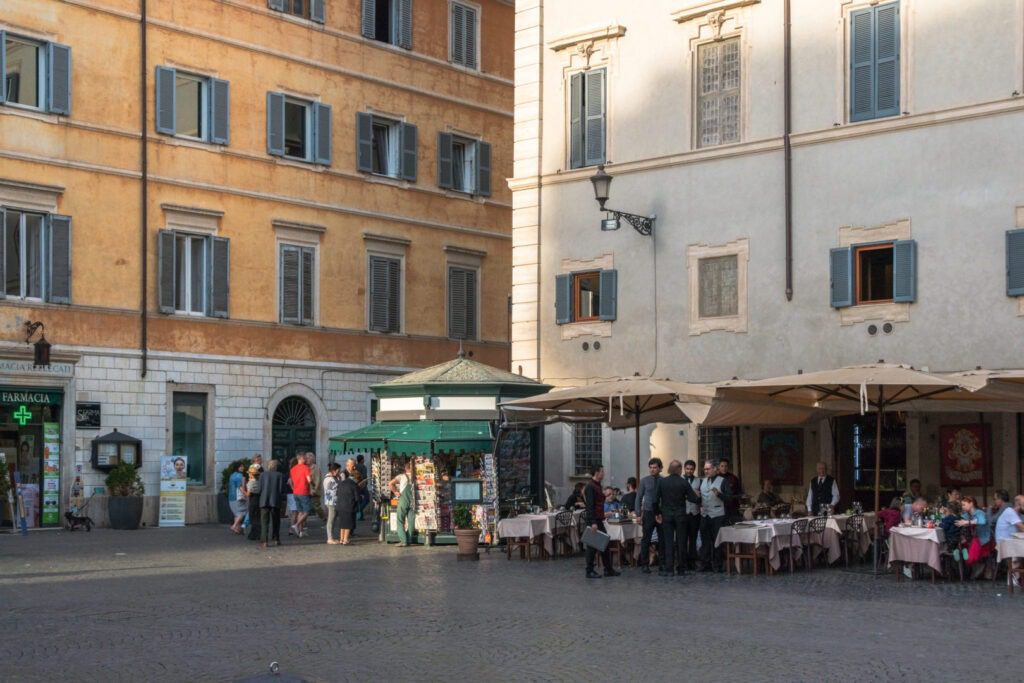 Staying at our hotel in Rome city center gives you the opportunity to have the best shopping in Rome experience.

Born to Italian parents, Maria always knew Rome was her destiny, although she was raised in Melbourne. With a formal background in political science and history, she is now a food and  travel writer and contributes regularly to USA Today, The Telegraph, Condé Nast, CNN and Fodors. She has worked with major brands including Dubai One TV, Etihad, Marriott, Rocco Forte Hotel Group, Baglioni Hotels, Pullman, Paris Tourism Board and many others.

Her popular and award-winning lifestyle blog, HeartRome is read in over 100 countries, has been featured in BBC and Vogue among others and boasts a 30,000 strong social media following. Her first book, I Heart Rome (Smith Street Books / Rizzoli) is a collection of recipes and stories and was released worldwide in November 2017.  In Rome you’ll find her walking the streets of Trastevere, checking out the latest bar for an aperitivo or dining with friends.