Each and every year Berlin continues to pull in tens of thousands of travellers from across the world who want to explore the ever changing landscape of the city, and with new buildings replacing the old each and every day from the centre to the city limits, there’s no end to the amount of things to see and do. Between the city’s most photo-worthy attractions and forever-popular fashion and design scene, music community, and international food choices; there’s an abundance of things to do but how much of Berlin can be seen on a budget? Surprisingly, though many of Berlin’s attractions require an entrance fee, there is an abundance of activities to choose from, that’ll teach you not only about its unique modern and mixed history, but also its thriving sense of community. Below is just a small collection of the free things to see and do in Berlin on a budget after you’ve booked your stay at one of the MEININGER Hotels in Berlin.

This fascinating brick building was once one of fourteen similar indoor markets that once were focal points of Berlin daily life, but today stands as the only reminder of those times due to the combination of World War 2 bombings, post-war restructuring, and 20th Century gentrification. Once hundreds of people would gather each morning to purchase necessary grocery items, what remains today still sees a large community of shoppers, but spread across the weekends and special days throughout the week. What’s so special about this market is its range of differing little stores selling both imported and luxury German Bio products, and with produce picked and paid for, you can sit on one of the many tables that fill the central communal space where you can sip a beer and feast on food with your friends, or with new ones made over a mutual love for the finest Fair Trade coffee beans. 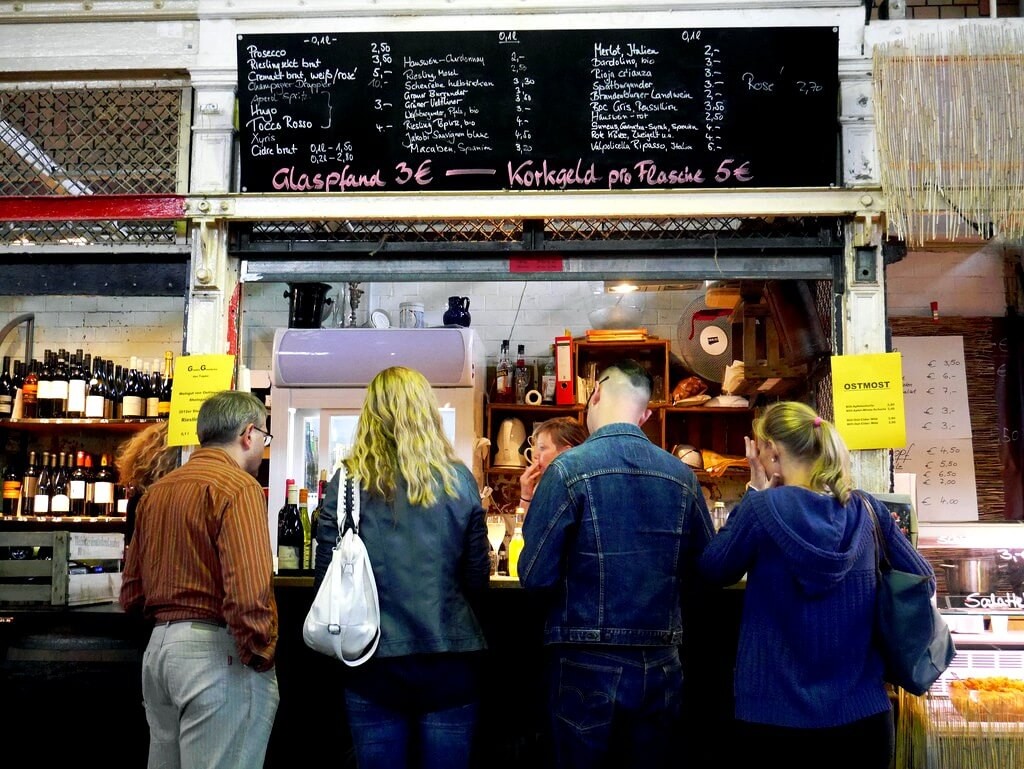 Hear a Free Concert at the Berlin Philharmonie

Within a five minute stroll from Potsdamer Platz and the new Mall of Berlin is one of the most interesting architecture sights from the Berlin city skyline., but it’s underneath the gold roof and through the doors to this modern art space where you’ll find some of Germany’s finest upcoming musicians putting on free concerts every Tuesday. The lunchtime concerts are no secret to the locals of Berlin so arrive early if you want to find somewhere nicer to sit, but as people sprawl themselves across the floor and stairways you’ll soon realise that being able to see is no importance and that quietness is the only thing on anyone’s mind, and not the cold concrete floor their sitting on. Arrive early for a better view, but it doesn’t matter. What matters is where the sounds will take you.

Although the train ride to reach the town of Oranienburg may set you back a couple of Euros for a return ticket, it’s worth it to visit the free to enter former concentration camp of Sachsenhausen. Event though much of the original camp no longer exists, there are a few buildings that are preserved. They contain small exhibitions containing both information recovered from the camp and personal accounts by those fortunate enough to survive the horrific conditions in which they were forced into. By far the most emotionally-striking parts of the former camp are the recently preserved execution rooms. Walking through the same chambers in which people were examined and murdered will no doubt move you. It is as important as ever that we do keep the memories of those who died alive in order to prevent history repeating itself. A sobering place, but one we thoroughly recommend to see.

The Sowjetisches Ehrenmal (or Soviet War Memorial) within Treptower Park in the south-eastern district of the city is a remarkable place to visit. Stuck in time, this monument to “the fallen who sacrificed their lives to defeat fascism” recalls a whole different era to the modern Berlin which many are so used to today. With classic Soviet imagery found across the murals, monuments, and statues; it’s a chilling reminder of not only Berlin’s past, but also the present. A great off-the-path find to see for history buffs. 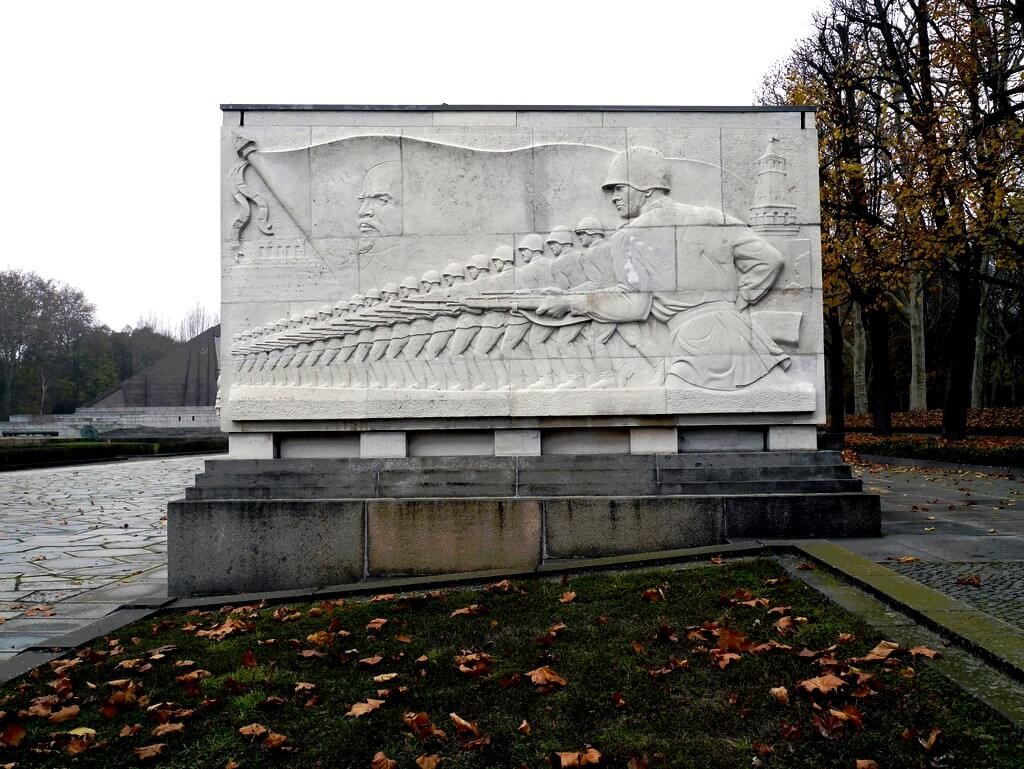 The abandoned buildings of Berlin have since the 1990’s been loved by one and all for a number of different reasons. For some they’re a blank canvas to practice their street art and graffiti, for others they’re exhibition spaces for anything from fashion shows, and to some they’re the sites of some of Berlin’s best live music venues and nightclubs. As Berlin sees its past and abandoned buildings torn down and rebuilt as luxury apartments, there are still some who continue to use and reshape these former warehouses into urban exploration areas and community projects. The most popular recent addition to these re-discovered projects is Neue Heimat, just one part of the former railway maintenance buildings at the ever popular complex at Revaler Strasse. Neue Heimat is an ever-changing eating space where the theme is not always the same, shifting from international cuisine focus to the next every couple of weeks or weekend; and what they’ve done to create a space inside whilst still preserving the art and “exploration” quality about makes it all the more worth visiting. A great place to see for free, but don’t be surprised if you suddenly feel like paying for some of the delicious food on offer. 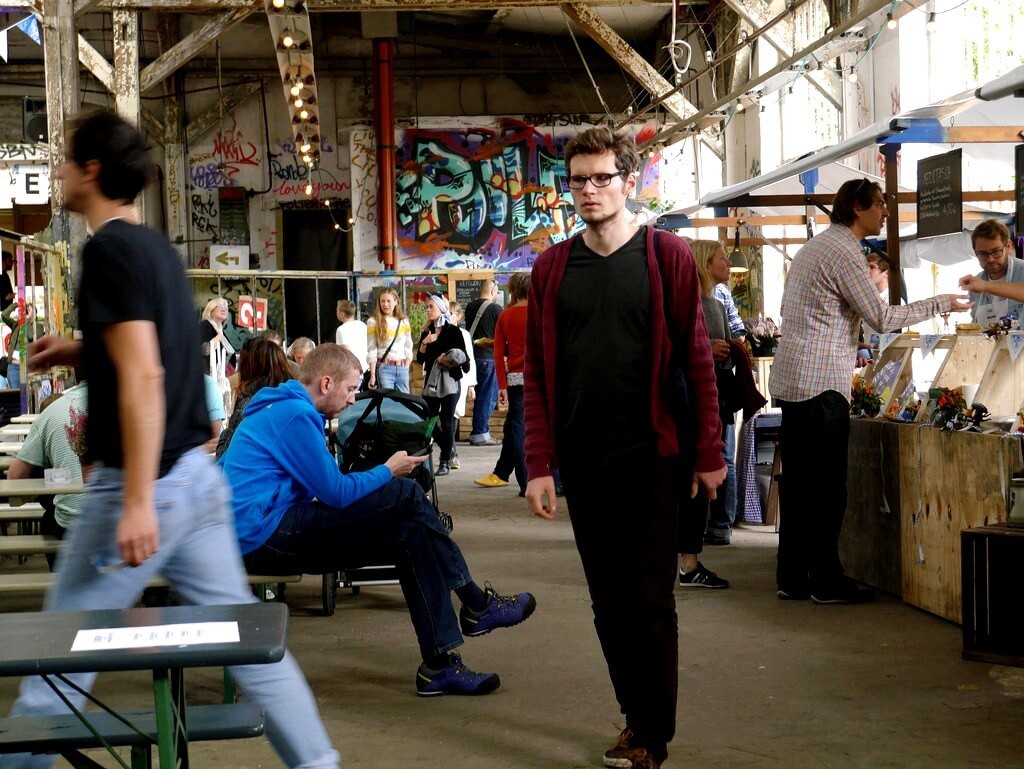 Hunt for Banksy in Berlin

The words “street art” and Berlin are cemented together after so many years where street art and graffiti has flourish with universal admiration across the city, and still with it many street artists continue to paint and paste many of the messages that the communities of Berlin would like to convey to the world. Free entry to Berlin’s street art exhibition is best started at one of the alleyways in Rosenthaler Strasse, before heading and following the railway bridges at Alexanderplatz towards Hackescher Markt, before heading off and out to explore the rest of the city. 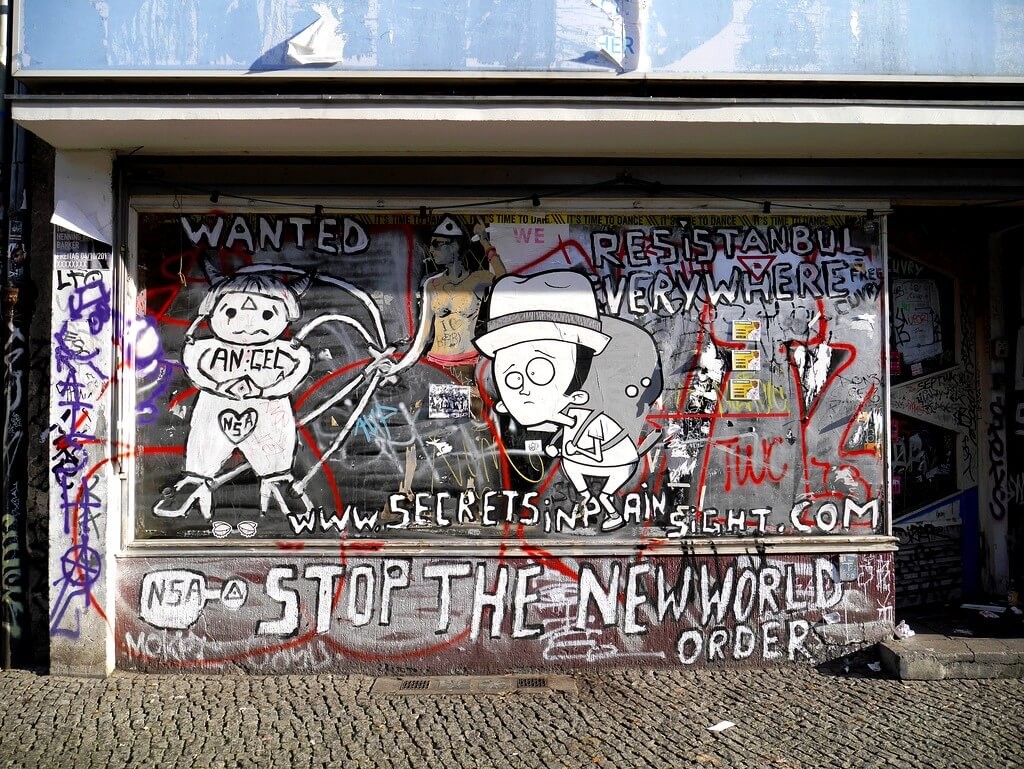 One of the best things to do in Berlin is to join one of the many free walking tours that have been running in the city for the past ten years, and each year a new free tour arrives each summer to provide an alternative to the rest. Discovering one of them is as easy as typing “free walking tour Berlin” into Google to discover half a dozen different companies with free tours on offer, with reviews easily available for most of them on TripAdvisor. Though joining the tour is free, be advised that most – if not all – tours will ask for a tip at the end should you feel that the tour was both worthwhile and engaging. Even the price of a cup of coffee is another of a token tip should your travel budget be really low, but don’t feel obligated to tip if you are unsatisfied with how the tour has gone. 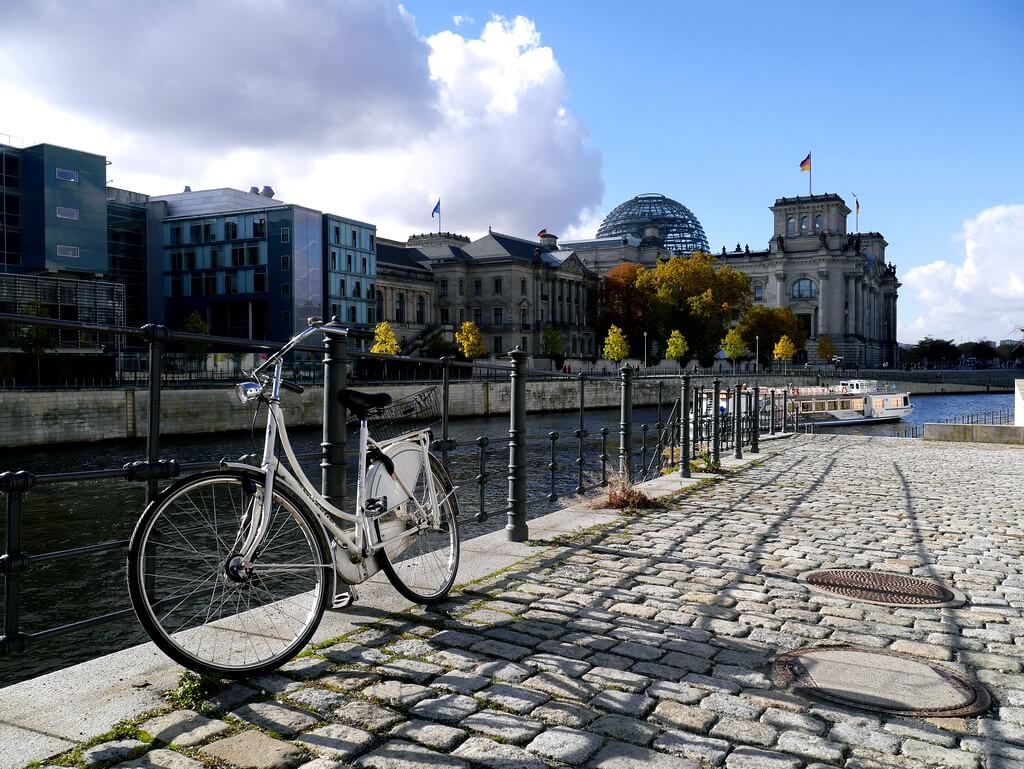 One of the biggest draws for visitors to Berlin is the high quantity of boutique clothes shops on offer in both the city center and ‘hip’ districts like Kreuzberg, but there’s a shopaholic’s paradise for every type of buyer. From collectables and antiques, the latest household design, and high value bicycle shops; there’s something for everyone – and being on a budget doesn’t mean you should miss out. Go for a wander through Berlin’s best shopping streets and get some ideas for what you’d like to buy one day when you’re not travelling on a budget. 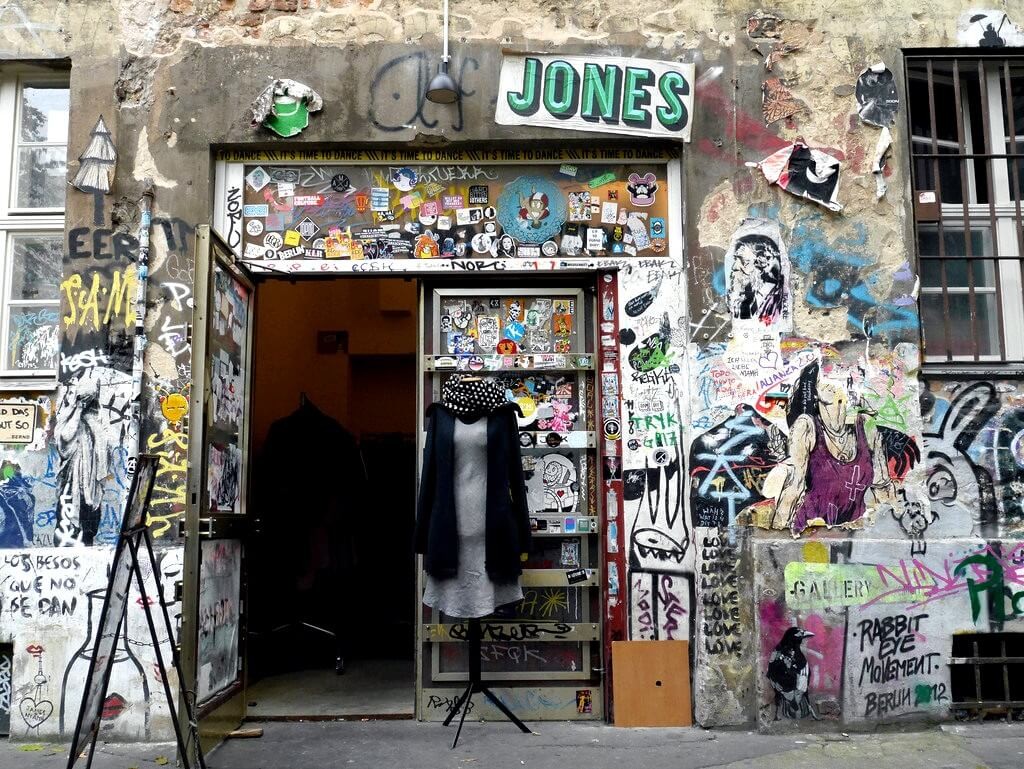 Walk the Wall and See the Berlin Wall Memorial

In 2014 Berlin and the entire of Germany were united in celebration of the 25th anniversary of the German reunification and throughout the year there were both celebrations of the accomplishments of the country since the Berlin Wall first fell, plus remembrance of the time before the fall when families were separated and lives were lost. There’s no better way to remember those years than to walk along the path where the wall once divided the city, with no better ending point than the Berlin Wall Memorial on Bernauer Straße. The memorial is free to all and contains a great number of monuments and relicts from the wall itself, culminating with the visitor centre where stories can be read and remembered. 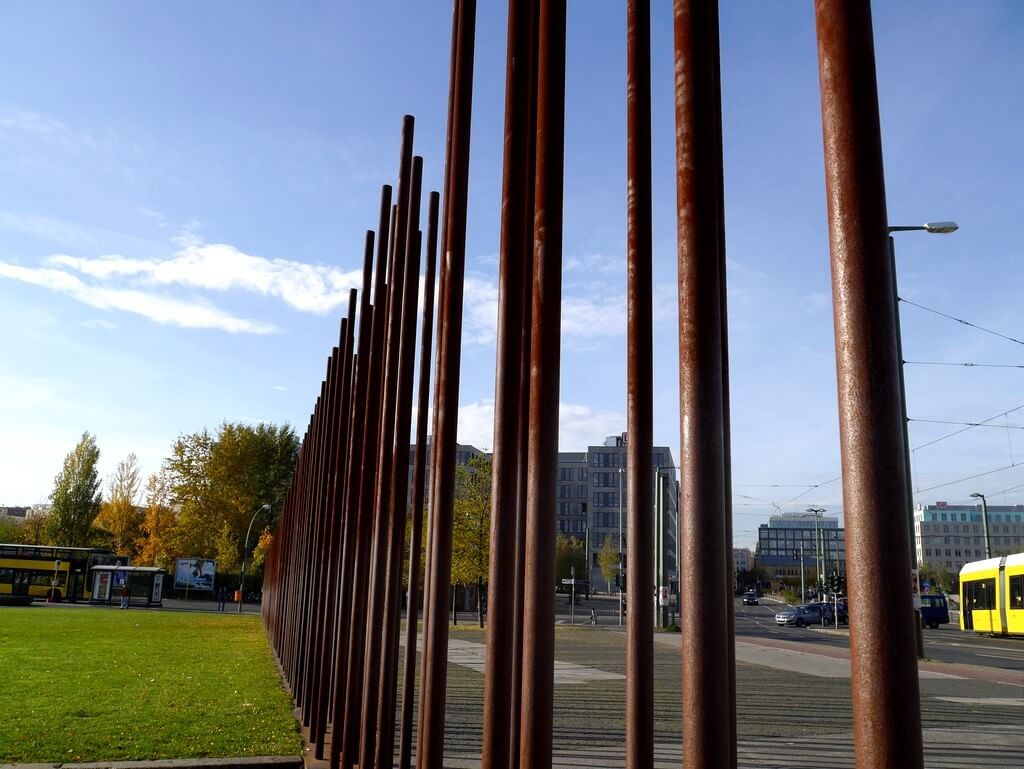 Remember at the Gay Memorial

Located in the beautiful and vast green space of Tiergarten Park is the minimal, yet striking Memorial to Homosexuals Persecuted Under Nazism. Almost hidden away from the world this large granite art piece has been at the centre of much controversy ever since it was commission due to the video content it contains with in it. It’s better seen rather than described, but one monument that certainly deserves a moment of your time. 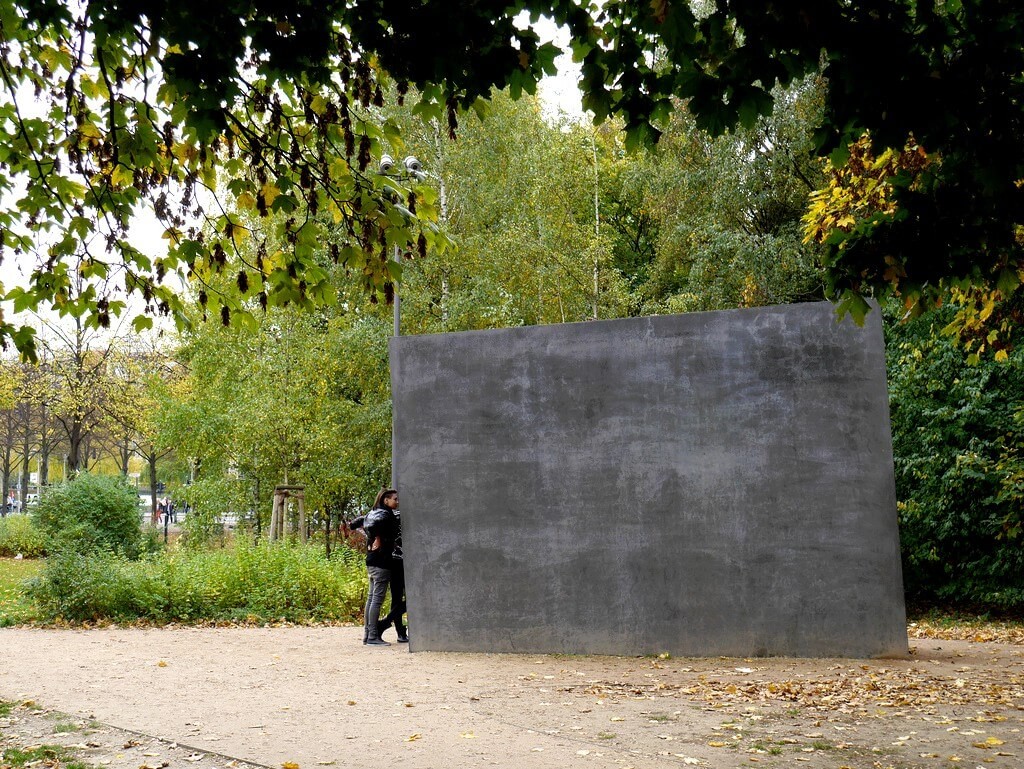 Whilst the history of this former airfield may be forever cemented into the memory of all those who once remember the planes leaving Berlin, most younger Berliners will only ever know it as it’s used today – an amazing park and green space. Each summer hundreds of people gather in the now public park to enjoy the company of others with a cold German beer under a warm summer sun, and there’s always room for more people. If you’re in Berlin during the summertime, don’t miss this great free space and the chance to meet locals. 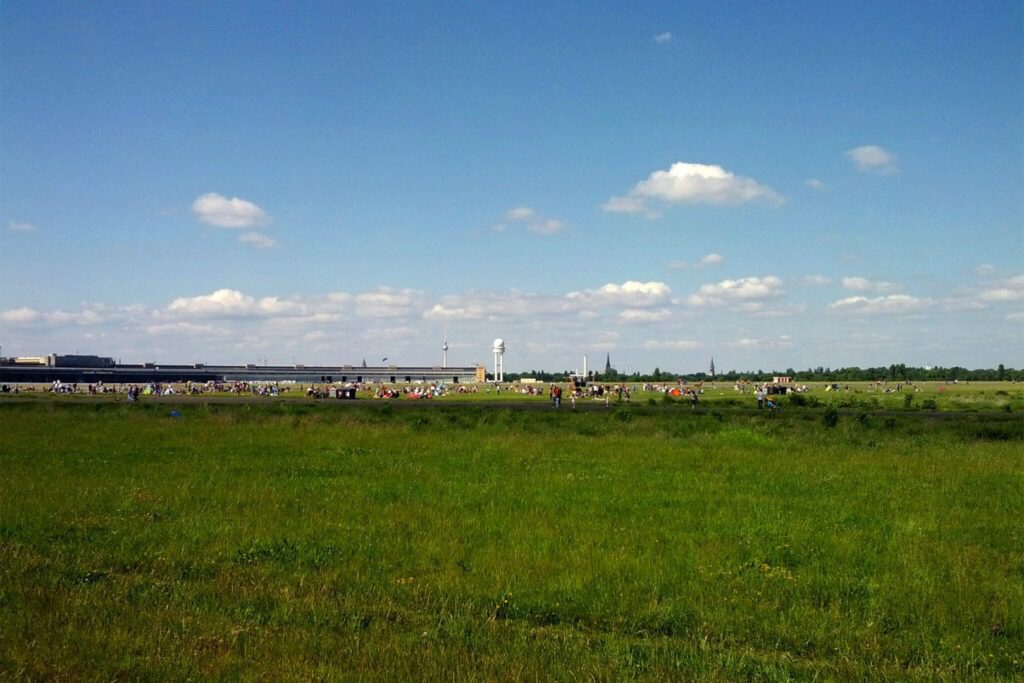 Stumble through the Hackesche Höfe

Berlin’s courtyards are legendary, and that’s especially the case with the Hackesche Höfe. In the shadow of the Alexanderplatz TV Tower and through one of the two arched entrance ways where you’ll find one of the nicest and best preserved connected courtyards. In a city where normally most buildings have a central courtyard that’s cut off from the rest of the world via locked door, being able to wander through the beautiful architecture is quite something to see. What makes this courtyard so special is the art nouveau design which has been kindly preserved and fully restored in 1997. It’s a reminder of so many beautiful buildings built in the forty years prior to the Battle of Berlin that no longer stand and are nothing more than dust and a memory to those who once walked within them. Today Hackesche Höfe is the location of many of Berlin’s best boutique shops and cafes, though if you’re on a budget feel free to just wander around and enjoy the the embodiment of Berlin’s style.

Take Your Time at the Topography of Terror

Opposite of what used to be the headquarters of the Nazi German air force now stands one of Berlin’s most recent buildings built on the same ground where the Gestapo headquarters once stood and held hundreds of people who would later die at the hands of the regime. The building built to house all of the research and documentation found and recovered is remarkable and worth visiting alone, but given the dark history the contents may be, the building itself remains light within as people pass through and read the full stories of people who were arrested and persecuted for anything from political leanings, to race and sexual orientation. Though there are many great and wonderful things to see and do in Berlin, visiting centres like this are as important as visiting the Brandenburg Gate or the Reichstag. 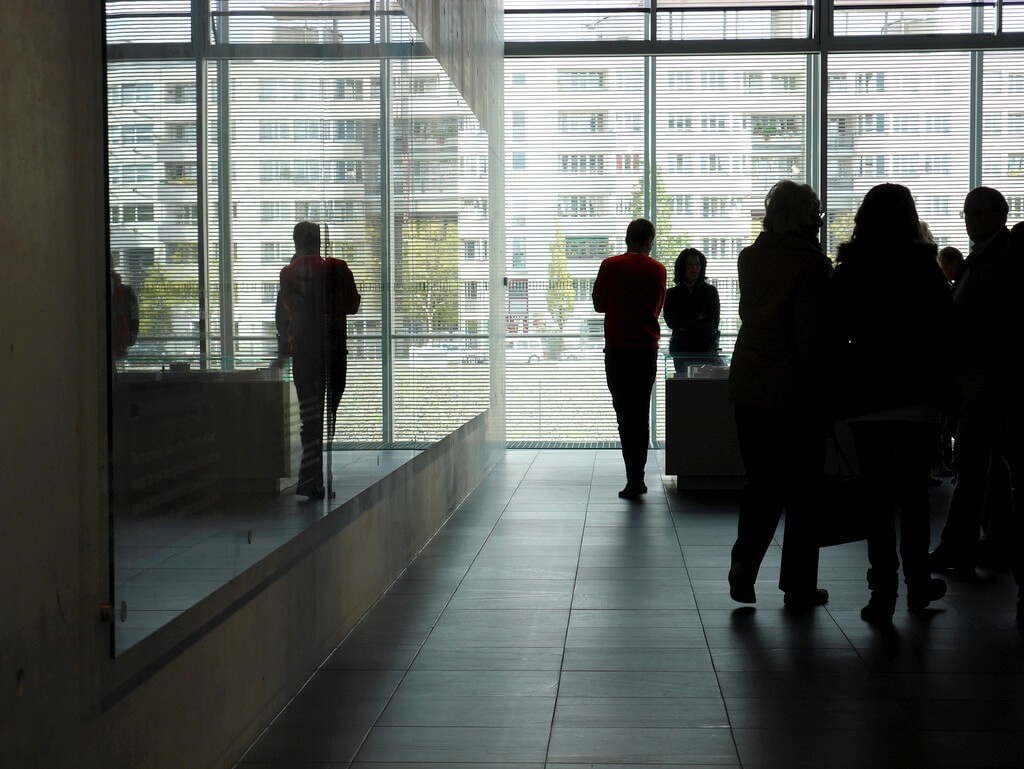 Ask for Free Tips from the Staff at MEININGER Hotel Berlin

There are no better suggestions than those of a local, and within the walls of each of the MEININGER Hotel’s in Berlin you’ll be able to ask the advice of people who live in the city all year round whilst you’re at home or travelling elsewhere in the world. For example, see what Anika of MEININGER Hotels Berlin Airport insider tip is and she’ll happily share with you which department store has the best food court in the city. Nobody knows the best cheap and local places to go than locals themselves!