It was a nail-biting finish for the feisty MEININGER team, which only narrowly missed out on a place in the quarter final. The team gave a courageous and fair account of itself and even stood its ground against the reigning German champions. The line of attack was obvious before the tournament. The target was to progress through the rounds, and tactics were discussed. Semjon would play up front as a sole striker, alternating with Cathleen. Steve and Jannis would start as playmakers and defensive support. Defenders Gereon, Konstantinos, Ventzislav, Andrew and Yilmaz would provide stability and rapid breaks on winning the ball. Werner would be in goal, and with his lightning-fast reflexes we ought to be in safe hands.

The tactics paid off in the first match against the team from Maritim Hotel. After conceding an early goal, Jannis and the impressive Sem put the pressure on, resulting in an outstanding win for the MEININGERs of 6:1. In the second match, the MEININGER team edged to a narrow but deserved victory over H-Hotels. After going 0:2 down, the defenders in particular got stuck in and gave everything to turn the game around. This game clearly showed the supreme morale of all players, and I wasn’t the only one with goose pimples. 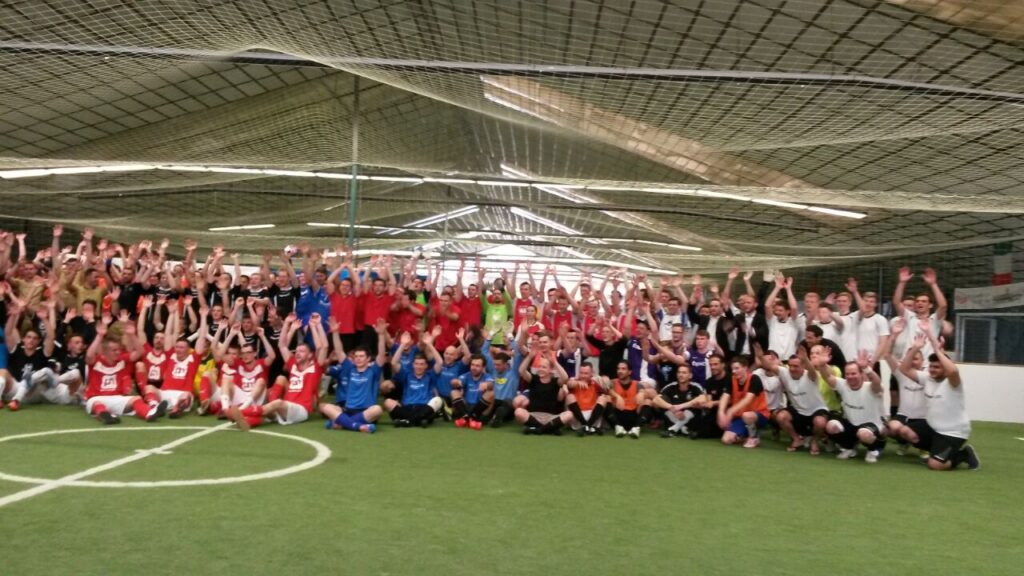 In the third game the team gave probably its best performance of the evening. Strong defensive play, a bold midfield and the incisive strike force secured a confident 4:0 win over Art Hotel. This game showed the team’s potential. Sadly, the luck of the draw was against us and we had to play three games back-to-back, and the match against the strongest team in the group was a real challenge for the team. Progression into the next round hung on the game against 25 Monkeys, and the match was as tough as we expected. Werner’s saves crucially kept us in the match. The two teams played as equals and parted on level terms with the score at 2:2. It was an intense and entertaining game from both teams.

This was followed by a match against the reigning German champions, Team Palace. Given that this was the third game back-to-back without a break, and facing such a strong opponent to boot, our manager René saw our target at risk and opted for a defensive game plan. However, there was no overcoming the team from Hotel Palace. Werner came under fire a few times and valiantly kept us in the game, and Steve and Jannis also had a few chances, but were unable to put them away.  Nevertheless, our team put up an astonishingly good fight and everyone gave 120%. In the end we lost 2:5, which looks more emphatic than it actually was. Even our opponent praised our game and was surprised at how positively we played. Werner in particular won great praise and respect for his outstanding performance. 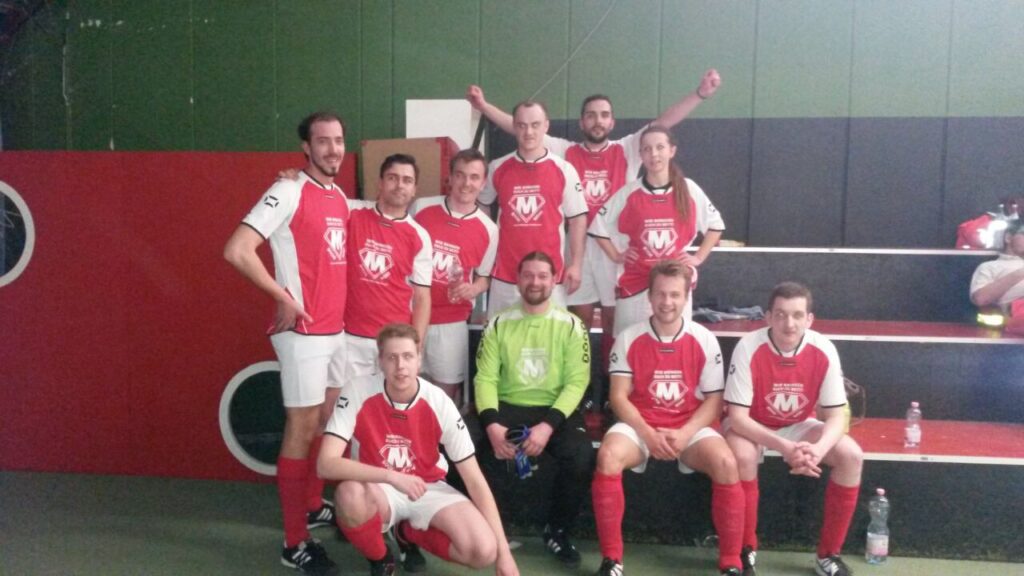 All in all the athletes from the MEININGER Hotels gave a very fair and sporting account of themselves. Next time we are hoping for a little more pitch-side support, especially as the team is growing and we can certainly expect to survive the group stages and progress further in the competition in future. Each individual player can be very proud of this performance. Gereon, Andrew, Yilmaz and Ventzislav gave it their all to support the team as best they can. Cathleen scored her first goal for MEININGER Hotels and her commitment and movement over the pitch was impressive. Jannis was an indispensable part of our game: a true leader who played a key part in our success with his clever play and reading of the game. Sem fully met all expectations, whizzing through the opposition’s defence at dizzying pace. The strength of his finishes was a key factor in our success.  I think we have a team that really enjoys football and would like to continue the journey it has already started. Next year we will have another go and hope to see you in our own little fan zone spurring us on.