Mountains, storm, hail, rain and thunderstorms did not stop us from completing the tour of the Mecklenburg lake district. On 30 May 2015, the alarm clock sounded at 4 in the morning. You can probably imagine that at that time of the day you don’t exactly feel like tackling a 300 kilometre ride. Our mood did not improve as we left our sleeping areas – which we affectionately called our MEININGER Mobile – and saw the cloudy sky.

But what the heck! We all got ourselves ready and dashed off on our bikes towards the starting line. The weather was still dry and we were in good spirits. Our mood improved even more when we saw all the other squishy faces. The starting signal sounded at 5:20 a.m., and five minutes later I just wanted to turn around and go home. It had started to rain, it was cold, and I could see the route was about to get hilly. Our fellow racers were talking about even more severe ramps, and I was beginning to despair and really didn’t feel like continuing in the rain and 8 degrees. But close your eyes and hope for the best: after all, we were three men, not some sissies 🙂 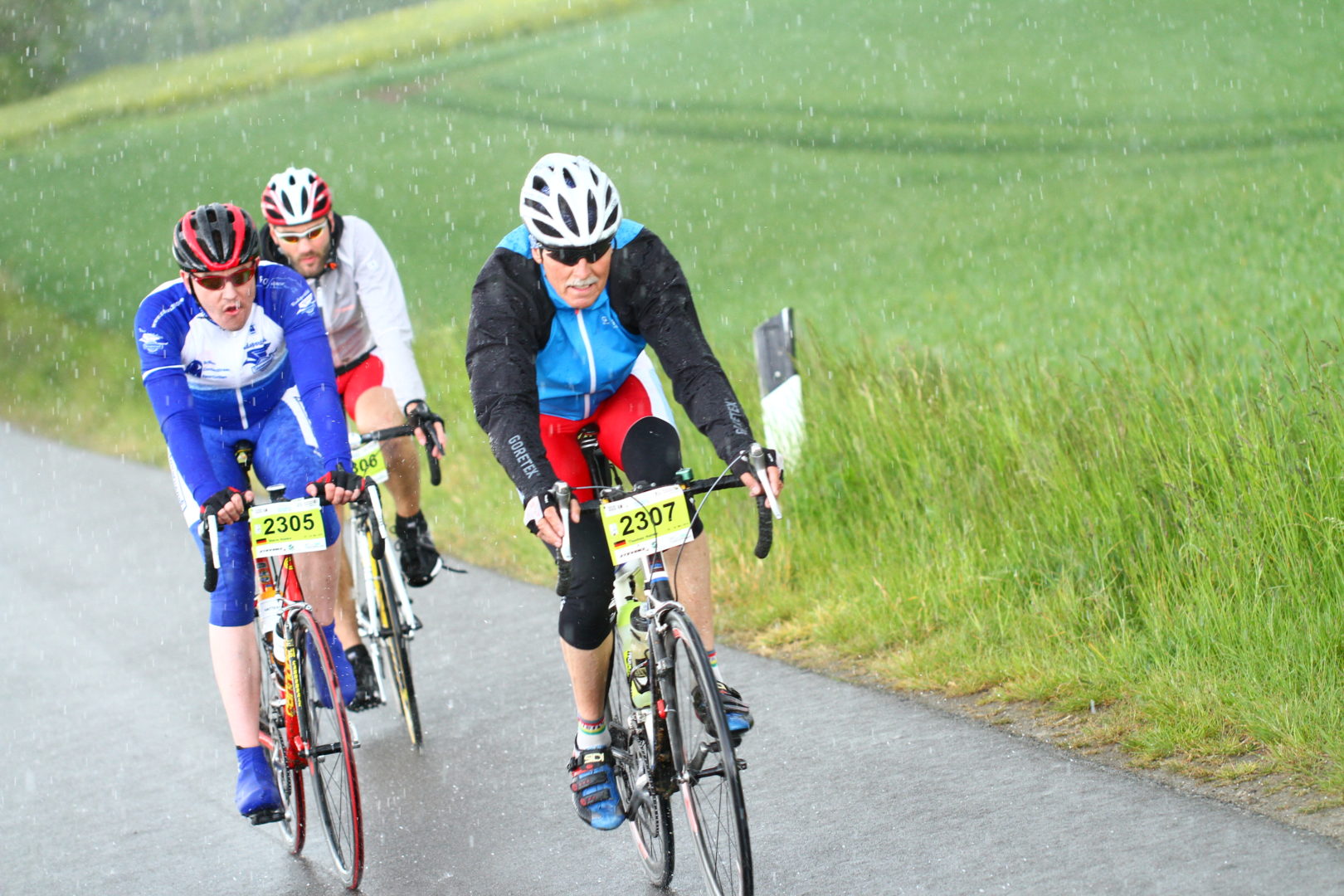 The first 100 kilometres were unmitigated torture. We just about managed 20 km/h, and the wind and rain lashed into our faces. We became more and more disgruntled and took turns in wanting to give up. We dragged ourselves to the 127 kilometre mark and we had our first major break. That’s when the sun came out and, over a cup of tea and some noodles, we were hoping for a dry ending. We continued in dry weather and just as our clothes were finally dry it started to rain again. We had already completed almost half the route and we all agreed that it wouldn’t make sense to quit now.

Now we managed to tap our full potential because none of us wasted any thoughts on giving up any more. We got rid of the knots in our legs and almost outdid ourselves. I was doing particularly well and we managed to start the MEININGER-EXPRESS. We were almost going at a race pace and overtook one large group of riders after another. After the 200 kilometre mark we had tailwind, and despite more thunderstorms and hail there was nothing stopping us now. Our opponents bailed out one by one, and we were the only ones still on the road – what an experience! 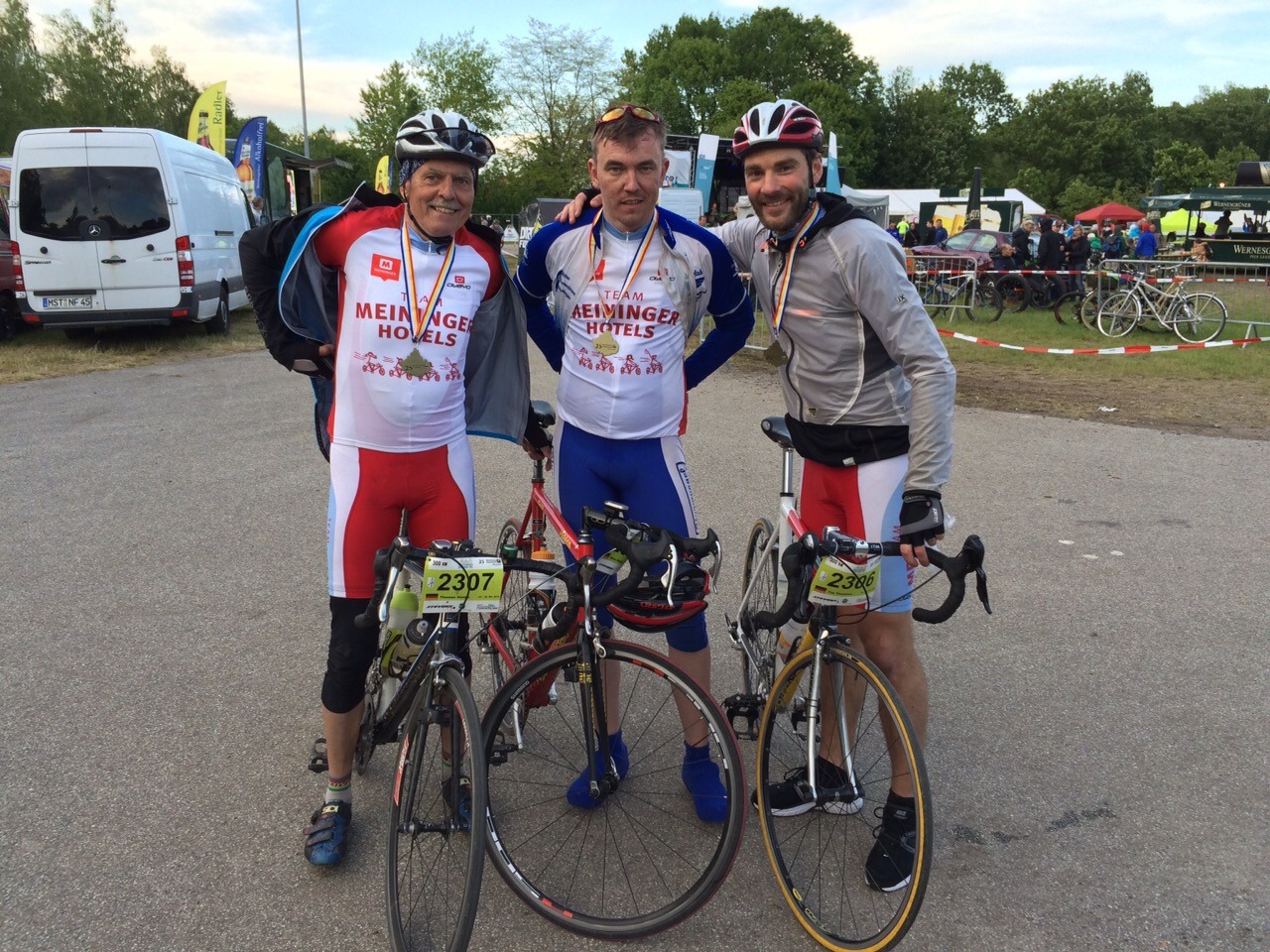 The final 30 kilometres were very tough again, because we didn’t bank on the mountains of this category. The sun came out again during the final kilometres, and now there was nothing between us and the finishing line. A big thank you to Thomas, who put up a good fight, and to Tim, who dragged himself to the finishing line with us even though this was his first time on a racing bike. I will continue to wear the MEININGER shirt with pride. I have caught the cycling bug and I am back on the bike. Thank you also to MEININGER for the shirts. I am looking forward to many other upcoming events.