When you visit a city you want the chance to really get to know it. Many city tours will take you to museums, sights and to all the typical attractions, or you can explore the city on your own armed with a map (which are available free of charge in our hotels). But each city also has some special features that can’t be discovered so easily. Maybe you’re convinced that you’ve seen it all and that all guided tours are boring? Well, you might have to reconsider. We have found some highly unusual guided tours in the different MEININGER cities. Have fun discovering…

For early birds or night owls: if you can manage to be at the telephone booth by the underground station St. Pauli (the Millerntorplatz/Reeperbahn exit) at 5 am on a Sunday, you’ll have something to look forward to. Once you have left the party zone, sunrise on the harbour front awaits you. And then you are off on a trip through the fascinating old Elbe Tunnel. Afterwards, a ferry will bring you back across to the Dockland building, where early risers are rewarded with the sensational view and a fresh breeze. The finale is the fish auction hall with live music and a lovely stroll along the fish market stalls. In our opinion, this is the true Hamburg experience: “The Sunday Morning Special!”

TIP: Afterwards, take an afternoon nap in the MEININGER Hotel.

A cheerful and somewhat frivolous tour through the sinful Vienna of the past: the history of morals; the nymphs of the Graben street; the brothels; the bathhouses; and the double standards then and now. Find out where and how sex workers like the famous Josefine Mutzenbacher found their customers, as the tour takes you on a joyful trip through the historic Viennese streets and squares. You will learn about the history of broken virtues in Vienna; the harlotry of Roman times; the medieval bordellos and bathhouses; the delicate double standards of the present; and the first condoms promoted by Casanova in Vienna.

TIP: The guided walk is based on the research of Anna Ehrlich. Her book on the subject is available from the publishing house Amalthea Verlag. 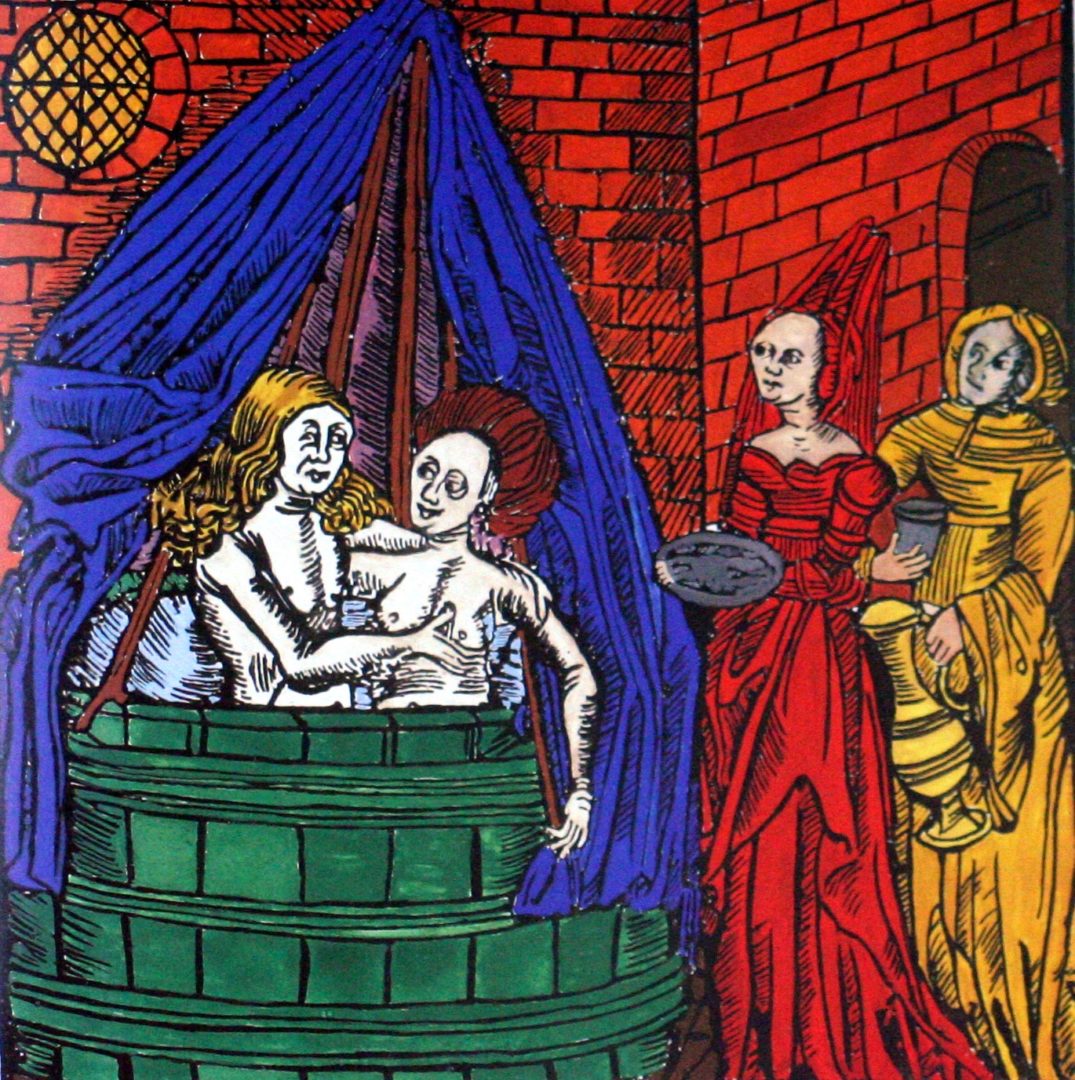 “… the culinary walking food tours show the way to great food while supporting small shops with their quality products”. These are important issues to Elke Freimuth, founder of Eat the World. Our recommendation: if you’ve already tried haxe (knuckle meat) or leberkäs (Bavarian meatloaf), you should try the Schwabing Tour of modern Munich cuisine. The tour also addresses the theme of modern life in a Munich district that was formerly the home of artists, authors and the glitterati. The seven delicious features of the tour include a hidden museum café, an original imbiss snack bar and an exquisite chocolatier.

TIP: Similar tours are available in the MEININGER cities of Berlin, Frankfurt/Main, Hamburg, Cologne, Munich and eleven others.

The descent begins by the car park next to the cathedral, since it is here that the ruins of the Roman northern gate and the Roman wall are located, along with the more than thousand-year-old intact well of the former cathedral. These are just a few of the highlights of this unusual guided tour that takes place ten metres below the city. Another feature is the crypt of a Romanesque church containing the largest Roman water basin north of the Alps. From under the streets of Cologne, this extraordinary urban tour experience comes to an end as the group passes through a Roman sewer.

A journey through the musical history of Berlin

Berlin not only has a fascinating history, it also has a musical story to tell. The Berlin Music Tours offer a number of different tours and have made it their mission to introduce you to some of these exciting musical facts. The regular bus tour takes you on a journey through 40 years of musical history – right in the centre of the city. Berlin has not only had its own fair share of artists (such as Rammstein, Rio Reiser and Westbam), many international artists including David Bowie, R.E.M. and the Pet Shop Boys also have a connection with Berlin. Many of them lived and worked in Berlin or recorded their music here. The bus tour takes you to the recording studios and some of the artists’ favourite restaurants. You will have the chance to find out everything about Berlin’s contemporary music and club history and visit the city’s main music venues, and the tour guides will share concert tips with you. If you would like to find out even more, then why not join one of the tours on individual artists, such as the David Bowie tour or the U2 tour.

Sound of Music in Salzburg

If you think of Salzburg you will automatically think of the “Sound of Music”. Up to 300,000 people visit Austria each year to find out all about the history of the Trapp family. Salzburg’s many filming locations, for example the Mirabell Gardens, will also feature as part of the tour. You can even visit the church where they got married. The tour is just perfect for Sound of Music fans and also shows you Salzburg’s prettiest places. Tickets for this tour are available from reception! 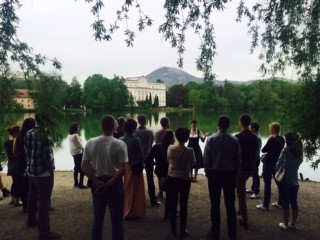 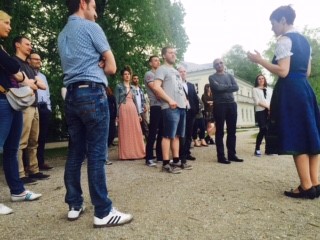 Brussels is not just well-known for its chocolate and waffles, the city is also famous and notorious for its beer. Our MEININGER Hotel Brussels City Center is accommodated in a former brewery, and if you’re travelling to Brussels you simply have to try an original Belgian beer. And there is no better way to do this than to take a guided beer tour, find out about the history of beer and take part in a beer tasting at the same time! Sandeman’s New Europe Tours are well-known for their free walking tours. While they are free of charge, please tip the tour guides at the end of the tour. All our hotels offer these very popular tours.

Sandeman’s New Europe offer a special beer tour of Brussels, which we particularly recommend. You will visit three different bars where you will learn all about the history of beer. You will also find out all about how to brew beer, about the history of beer brewing and about what makes a beer genuinely Belgian. If you think you’ll enjoy finding out about beer history and tradition over a glass of draught beer, then this tour is just right for you. 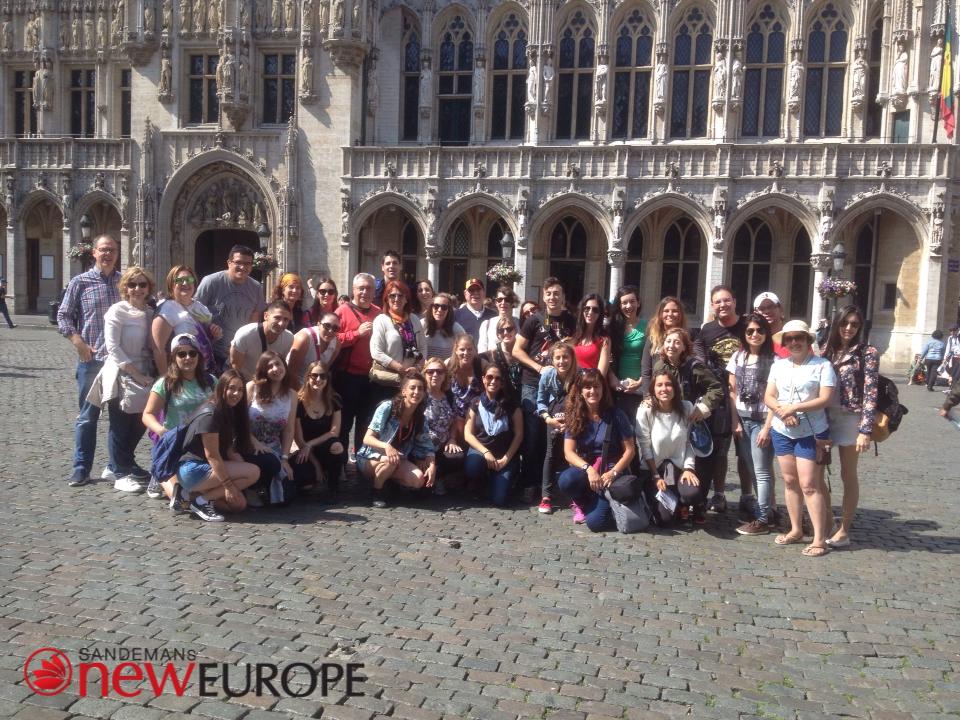