Annika Joffel startet in 2005 as a trainee at Meininger Strasse – the good old mothership of MEININGER. In 2009 she left MEININGER, but returned 2012 as Operations Manager for the MEININGER Hotel Amsterdam City West.

Your hobby is “fursuiting” – what is that and where does it come from?
A Fursuit is an animal-costume belonging to a subculture movement called Furry Fandom. This is a community who shares its interest in anthropomorphic (or half-human, half animal) creatures in f.e. literature, cartoons, costumes and other artistic and creative ways.

I think we all have a hardwired instinct towards anthropomorphism – the admixture of human and animal – think about Greek myths, legends, cave painting, the ancient Egyptian gods throughout history – in modern times it has been carried forward to today’s Cartoons and movies – like Disney is all about talking animals with human characteristics. 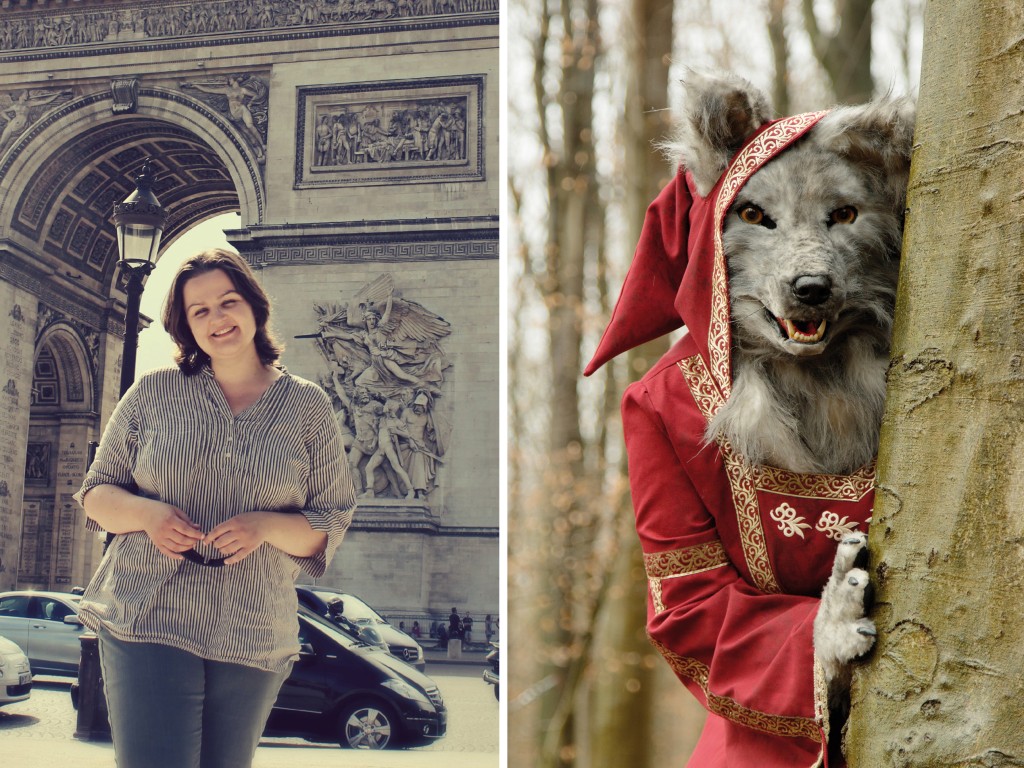 How did you come to that kind of hobby and what fascinates you about it? How did you choose your animal?
I literally stumbled about it – I saw some fursuiters in a shopping mall interacting with the passers-by and was totally captivated by the way they made people laugh and smile. So I got in contact with them and before I knew I was in the middle of the fandom myself.

The core of the furry fandom is the fursona. The character that one creates for oneself – I chose a realistic wolf as I always loved those animals. Wolves and humans have always had a spiritual connection and for me personally they are just fascinating animals. 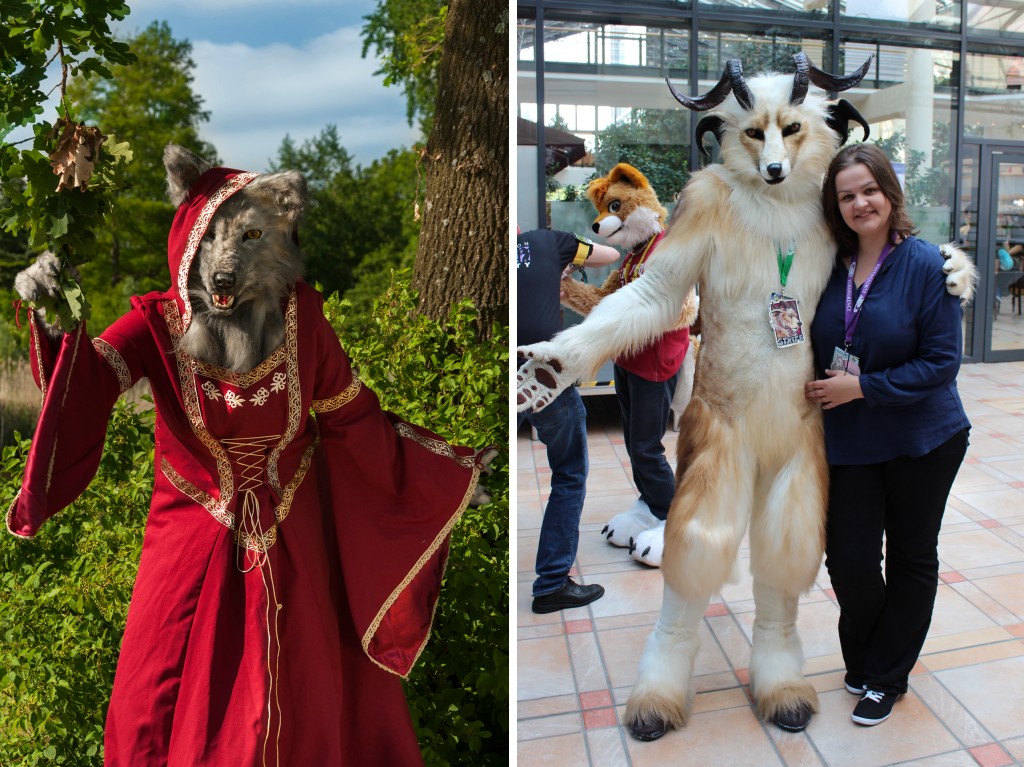 To which occasions do your wear your suit?
Though the furry scene has been around since the ‘80s, the internet has really helped popularize the lifestyle. As it is a huge movement now, there is almost every weekend something going on – from small get-togethers, various events up to big conventions with more than 2000 participants from all over the world.

What most people don’t know is that we also do a lot of charity events. A good friend of mine, Reinout de Vlaming organized in January a party with some fursuiters at the Sophia Children Hospital Rotterdam. The children there were all smiles and had a day they will never forget with all those cuddly characters around them.

And that is basically what it’s all about, no matter if children or grown-ups – making people smile, giving them a moment of laughter and a big hug of course. 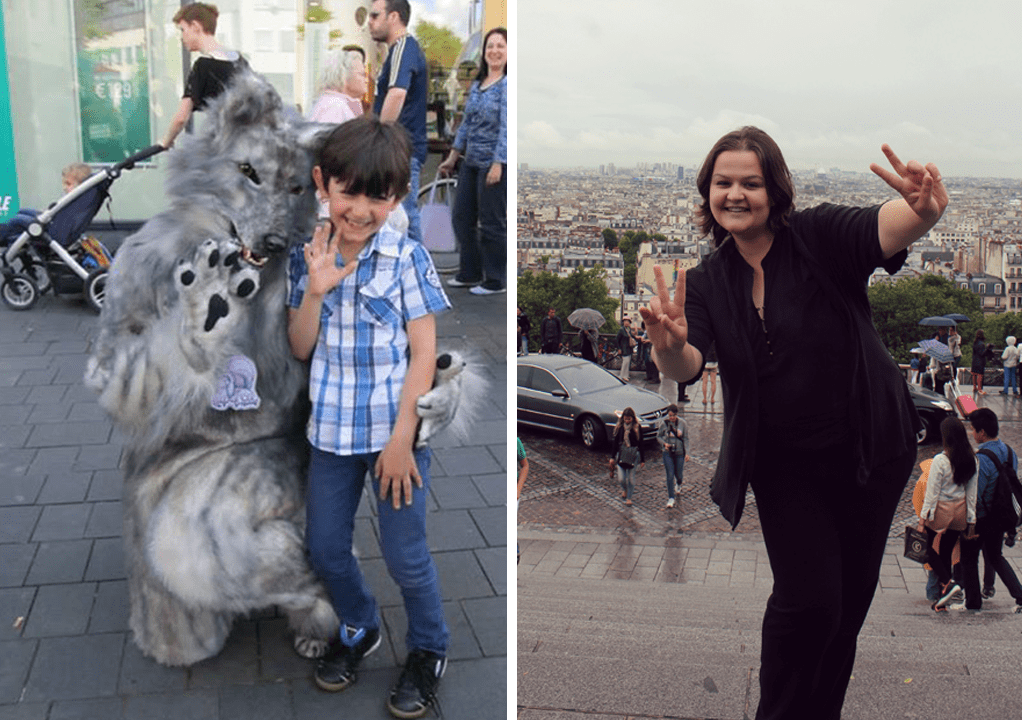 How long does it take to create a costume? What is important?
Every fursuit is handmade and every design is unique. You can either make one yourself or commission a professional fursuit-maker for it based on sketches. I decided to make mine myself as I had a specific image of my character and its personality which I wanted to catch. And it is a highly personal thing too, you never know if someone else can get it right the way you want it. It took me about 4 month and I spent more than a thousand Euros on it but I am really happy the way it turned out – Luperca is just who I want to see when I look in the mirror. 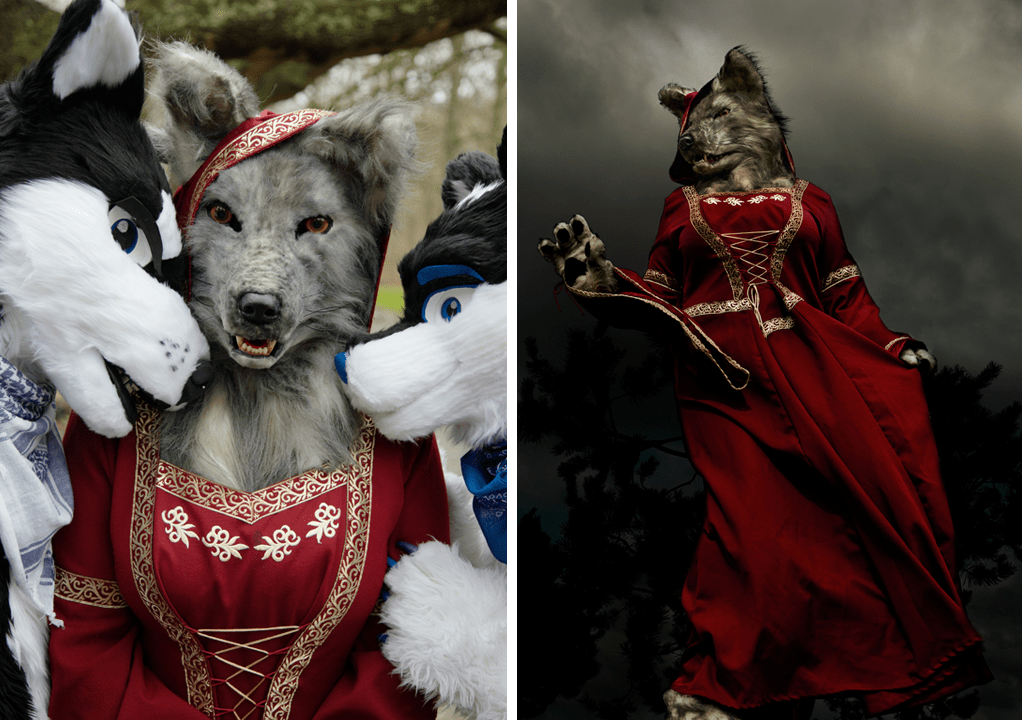