Vietnam is the land of soups. Not exclusively of course – snakes or eggs containing grown chicks are also consumed – but exotic dishes like these are not exactly found on every street corner in the big cities of Hanoi or Ho Chi Minh City. Instead, one finds soup bowls. Everywhere. In the hands of the locals, who can be seen perched at all times of the day on plastic kids’ chairs by the roadside. Particularly at breakfast time, the bowls are mostly filled with Pho, the traditional Vietnamese dish. 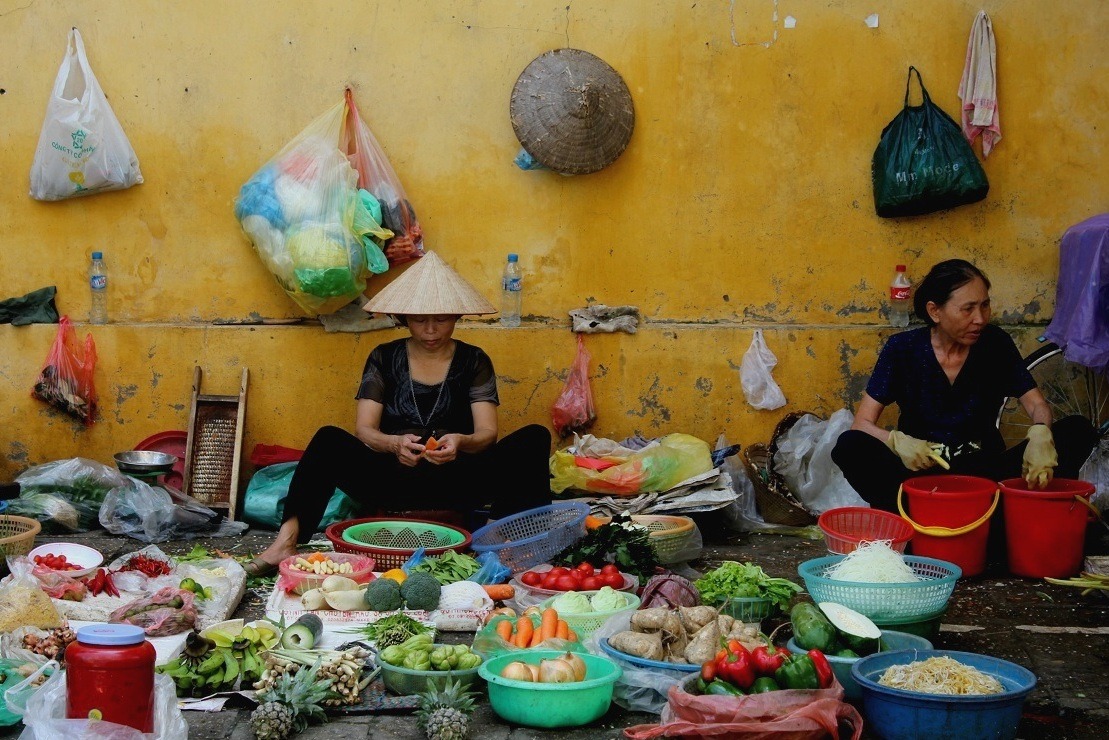 In the little street food stalls, a spicy, clear broth is poured over fresh rice noodles, to which either beef (Pho bo) or chicken strips (Pho ga), plus chives or sliced onions, are added. The soup is generally served accompanied by several garnish dishes of coriander and mint, sprouts and chopped chilli, as well as lime slices, so that everyone can accommodate the soup to his or her individual taste.

Even though the Vietnamese often eat in small groups, there is no point waiting for the signal of a collective start to the meal, as dishes are served in random order: if it’s ready, it’s served. And so that nothing gets cold, table guests don’t wait with their food until their neighbour has also been served. These bad table manners – from a Western perspective – in no way detract from the succulence of the food. For Pho is more than the sum of its parts. Together, it forms the unmistakable taste of the real Vietnam. 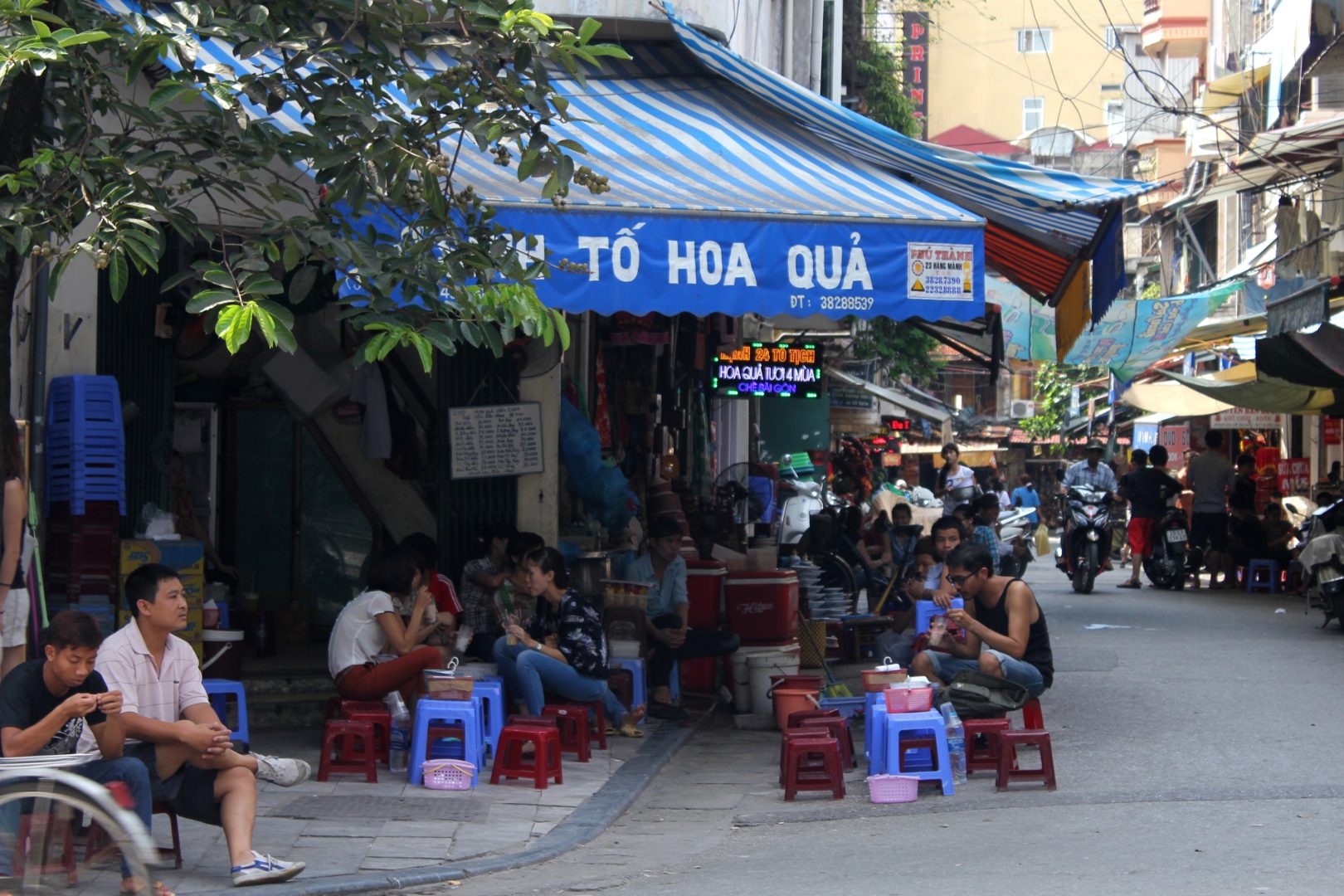 Put the beef bones, water, brown onions, ginger, star anise, cinnamon, peppercorns, cloves and coriander seeds into a large saucepan over a high heat. Bring to the boil. Reduce heat to a low simmer and cook for 3 hours or until the liquid reduces by half, occasionally skimming away any fat from the surface with a metal spoon. Remove from heat and set aside to cool. Strain through a fine sieve into a clean saucepan. Remove and reserve any meat from the bones and discard remaining solids.

Place the soup over a high heat and bring to a simmer. Add the fish sauce and lime juice and stir to combine. Taste and season with salt, pepper, fish sauce and lime juice.  Meanwhile, place the noodles in a large heatproof bowl and pour over plenty of boiling water. Set aside for 5 minutes to soak. Drain well. Divide the noodles and reserved beef evenly among serving bowls. Top with the sliced raw beef. Pour over the hot soup – the broth will cook the raw beef instantly. Garnish with bean sprouts, green onion, chilli, mint and coriander. Serve immediately with lime wedges, if desired. 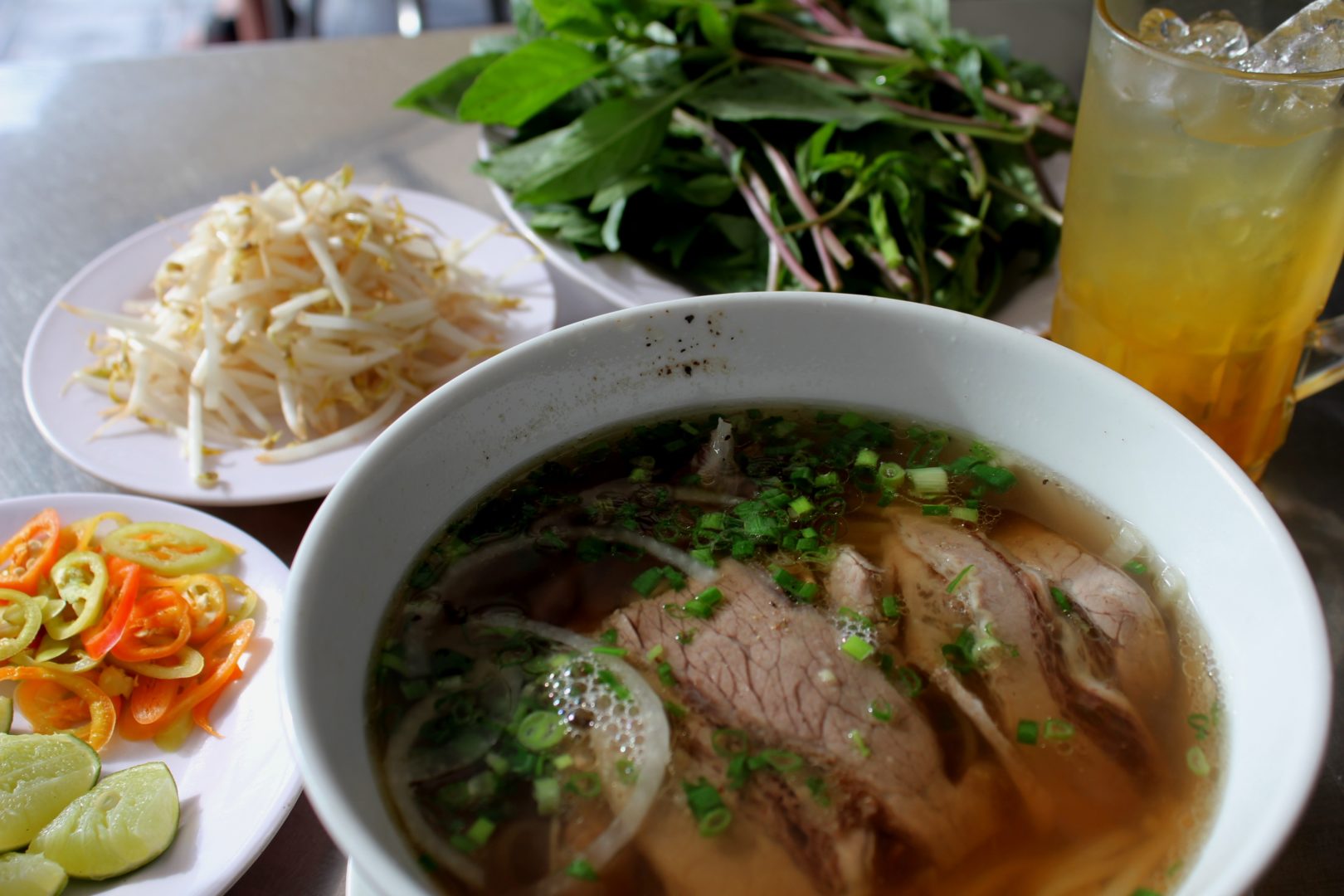