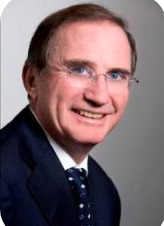 MEININGER hotels has appointed Patrick Sanville as its Head of Development in France.

Patrick Sanville is the founder and CEO of Fundotel, a hospitality investment advisory firm dedicated to hotel asset management and funding.

Prior to launching Fundotel, Patrick established SP & Partners in 1992, a successful hotel real estate advisory group, associated in 2000 with CB Richard Ellis. Over the years, he has worked on both the sell and buy sides of some of the largest single hotel asset and portfolio transactions in the EMEA region: the Marriott Champs Elysees and Prince de Galles hotels, and the Jardins de Paris and Timhotel chains. SP & Partners was acquired in 2007 by BNP Real Estate, and Patrick led the development of the prosperous European Hotel Real Estate Advisory branch of BNP Real Estate until mid-2013.

Patrick began his career in investment banking with a Swiss financial institution and later joined Bourdais, a leading French real estate consulting firm. He then joined Accor as Director of International Development. He led the group’s expansion internationally, developing and completing major projects in many European cities. Patrick was then promoted to President of Accor’s Ibis brand in North America where he developed the chain in major US gateway cities.

Patrick has a Master’s Degree in Economics from Paris II University and an MBA from Columbia University in New York.

Navneet Bali, CEO of MEININGER hotels, said: “We are delighted to welcome Patrick and the Fundotel team to MEININGER; they will be a valuable contribution to our growing expansion plans. With their extensive expertise in hotel development, they will support our expansion across France.”

MEININGER provides the service and comfort of an international budget hotel with a combination of regular and multi-bedded rooms, guest kitchens and game zones. The central location, high quality furnishings and good value appeal to a variety of business and leisure customers. With innovative design and an enthusiastic team supporting it, MEININGER hotels provide a unique hotel experience that has proven popular with guests from across the world.

The bedrooms range from traditional double rooms through to rooms with multiple beds and dormitories, and are tailored and adapted to the particular target market the hotel is catering to in a specific location. The unique layout and design of a MEININGER Hotel enables it to cater equally to school groups, families, individual travellers and corporate guests.

In the ‘Treugast Investment Ranking 2013’, the MEININGER Group achieved an AA rating. The group is headquartered in Berlin.

Back
How many people are traveling?
11 people or less 12 people or more You have to accept the privacy policy to proceed
Our chat language is English
Gratis
Børne rabat: 50% RABAT
Familierabat: 15% RABAT