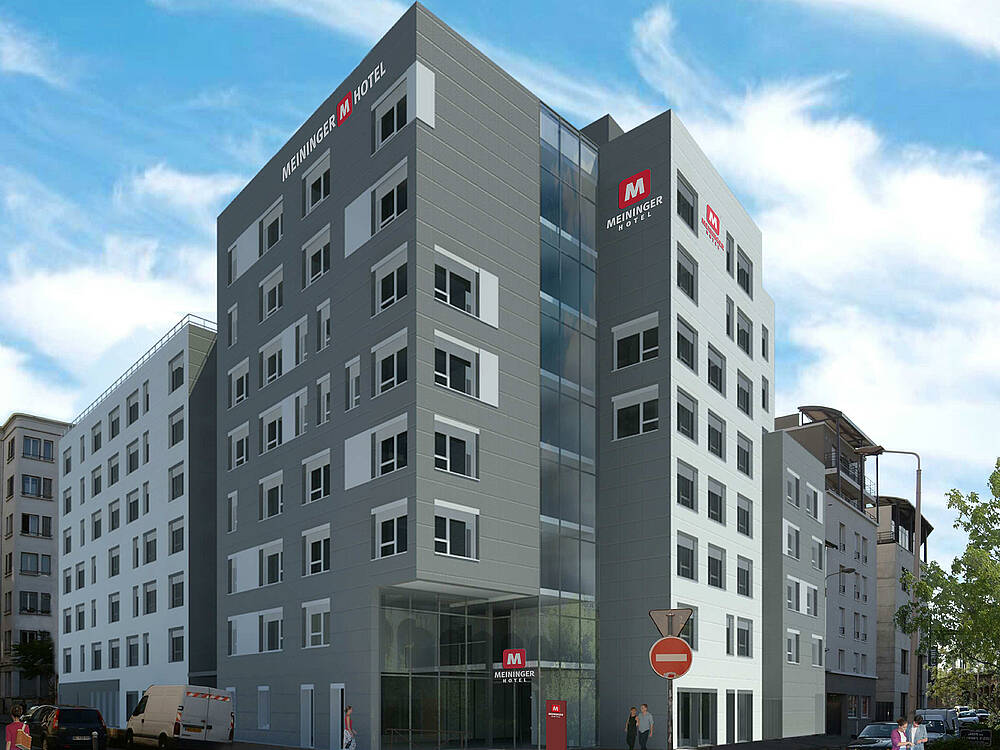 At the beginning of October, MEININGER Hotels celebrated a milestone in its international growth and expansion strategy with the opening of the MEININGER Hotel Paris Porte de Vincennes and the associated entry into the French market. The MEININGER Hotel Lyon Centre Berthelot is the second hotel in France, realized in partnership with Covivio. The hotel group emphasizes its goal to become the market leader in the hybrid hotel segment in France.

The opening of the MEININGER Hotel in Lyon takes place right in time for one of the most famous spectacles in the region, the "Fête des Lumières", which takes place from 5 to 8 December 2019. Every year, the famous Festival of Lights brings together light artists from all over the world in France's third largest city to outdo each other with brilliant light installations.

"The opening of the MEININGER Hotel Lyon Centre Berthelot is an important step towards our goal to operate more than 2,600 beds in the French market by the beginning of 2022," says Hannes Spanring, CEO of MEININGER Hotels. "Since October we have been operating our first hotel in France, the MEININGER Hotel Paris Porte de Vincennes, and we are delighted to have opened the country's second MEININGER Hotel after only two months and just in time for the "Fête des Lumières", one of the city's most important events attracting local and international guests," said Spanring, adding: "With our industry-unique hybrid hotel concept, we offer a completely new type of accommodation in France. This makes us a pioneer and serious new player in the market. Our goal is to grow massively in France in the coming years. Further MEININGER Hotels will open in Marseille and Bordeaux till the beginning of 2022. And we are looking into further destinations such as Strasbourg or Toulouse."

Plenty of room for light

Light plays a decisive role in the interior design of the seven-storey new building. Inspired by the Festival of Lights and by the Lyon-born Lumière brothers, the creators of the film, light is the defining design theme of the hotel. On all floors, extraordinary light installations characterize the concept developed by Axel Schoenert Architects and create a special atmosphere. The hotel has a total of 169 rooms with 590 beds and a gross floor area of over 5,360 square meters. 24-hour reception, lobby, breakfast area, outdoor terrace, bar and the MEININGER-typical guest kitchen and game zone are located on the ground floor. The underground car park also provides 78 parking spaces for hotel guests.

The project was realized with MEININGER's development partner Covivio, European market leader for hotel investments. "After Paris in October, this second French opening strengthens the European adventure that we conduct with MEININGER Hotels. Our role is to support them in their development in major European cities and to offer a new customer experience. The hotel market in Lyon where Covivio is already present is very dynamic and the MEININGER concept differs from the existing offer," adds Dominique Ozanne, Deputy CEO Covivio.

Every year, the metropolis whose inner city is a UNESCO World Heritage Site attracts over five million visitors and is thus one of the most popular destinations for city breaks in France. But the capital of the Rhône Alpes region is also an international hub for trade and industry. Lyon is France's second most popular economic center after Paris. In the period from 2009 to 2014, 65 per cent of hotel stays were due to a business trip.

"Lyon is the country's second most important business hub after Paris," explains Doros Theodorou, CCO of MEININGER Hotels. "We therefore expect a larger segment of business guests in Lyon than in other MEININGER cities. Nevertheless, the MEININGER Hotel Lyon Centre Berthelot also offers multi-bed rooms as is typical for MEININGER. Our mix of the best of both worlds - hotel and hostel - is unique and a competitive advantage in the industry. Guests benefit from high comfort, low prices and a unique atmosphere with a clear focus on community," Theodorou continues.

The MEININGER Hotel Lyon Centre Berthelot is located in the 7th arrondissement, a young and creative district in close proximity to the Université Lumière Lyon. Located close to the river banks of the Rhône, the hotel is the ideal starting point to explore the many highlights of the city. Thanks to the metro and tram, which are only a few steps away from the hotel, the Lyon Cathedral or the Basilica of Notre-Dame de Fourvière can be reached quickly and also the Place des Jacobins as well as the Musée des Confluences and the Lyon Art Museum are in the immediate vicinity.

Signs are set for growth

Only recently, MEININGER Hotels signed contracts for new market entries in Israel and Poland: The first hotel in the Middle East is expected to open in Tel Aviv in the second half of 2024. The MEININGER Hotel in Warsaw will be completed by the end of 2022. In total, 15 secured hotel projects are under development. For 2021, the hotel group is planning market entries in the U.S., Iceland and Switzerland and plans to operate a total of 35,000 beds internationally by 2024.