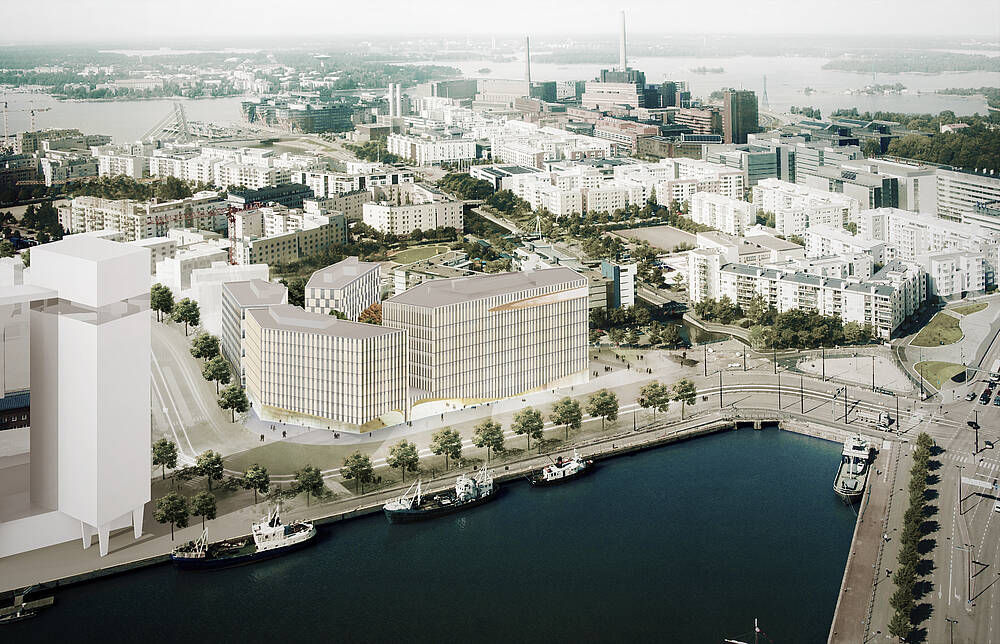 MEININGER strengthens its presence in the Nordic countries

MEININGER, the international hybrid hotel group, is pleased to announce that it has signed a contract for its first property in the trendy metropolis of Helsinki. After the Danish capital Copenhagen, MEININGER will open a hotel in Finland in the summer of 2022. The 194-room new building will be located in the newly emerging Wood City in Helsinki's Jätkäsaari district. The signing for the hotel in Finland is part of MEININGER'S growth plans to triple the portfolio of beds in the next five years, to create a Pan-European network with deeper penetration in multiple core markets.

Finland and its capital city have developed into a popular tourist magnet in recent years. Following record growth figures in 2017, the number of overnight stays by foreign travellers in 2018 has continued to rise further, reaching a new record of 6.8 million*. "In the ranking of the most popular Nordic holiday destinations, Finland has set new records year after year," says Hannes Spanring, CEO of MEININGER Hotels. "Although the number of overnight stays has increased by almost five per cent annually over the past eight years, the number of rooms on offer has not grown at the same rate. There is a particular need in the hostel, economy and budget segments. This is where we see enormous potential for MEININGER with our hybrid hotel model in the Finnish capital."

The new MEININGER Hotel will be built in the so-called Wood City in the southwest of Helsinki. The newly emerging quarter in the Jätkäsaari district will be completed by 2021 and is one of the Finnish capital's prestige projects in terms of materials and sustainability. Where there was once a large container port with warehouses, the urban development project is being built that is made entirely of wood and represents the latest in environmentally friendly construction technology. The buildings, up to eight stories high, are grouped around a green courtyard and will form Finland's largest wooden neighbourhood. "MEININGER Hotel Helsinki is part of Wood City, that cleverly combines Finnish timber construction, sustainable development and urban community. We are pleased to be part of this exceptional and environmental architectural project in the capital and to enrich the currently homogeneous accommodation offering, which consists mainly of three and four-star hotels and only a few hostels. The MEININGER Hotel Helsinki confirms our expansion plans in the Nordic region. In the near future, we are aiming to expand upon this by entering the market in Finland's neighbouring countries Sweden and Norway." says Spanring.

The MEININGER Hotel Helsinki will have 194 rooms and 648 beds distributed over seven floors with a total floor area of 7,900 sqm.

"Helsinki is equally popular with leisure and business travellers," continues Spanring. "With our hybrid concept, which combines the USPs of hotels and hostels, we can respond specifically to the needs of these two target groups. The MEININGER Hotel Helsinki will have double, triple and quadruple rooms, as well as spacious public areas. The lobby, game zone, bar and lounge areas will be designed to create a community character and will allow guests to relax and interact in a comfortable atmosphere."

With a tram station right outside the door and a subway station within walking distance, the new MEININGER Hotel is optimally connected to public transport and the port is also a short walk away. MEININGER guests can reach Helsinki's airport within half an hour, and the city centre is just a few minutes away, with its numerous attractions and sights such as the Linnanmäki Amusement Park, the Helsinki Cathedral, the Temppeliaukio Rock Church or Suomenlinna - one of the largest sea fortresses in the world. The Jätkäsaari district itself also offers many sights worth seeing, such as Helsinki's largest cultural centre - the Cable Factory. The vibrant Cable Factory has three museums, studios, dance and theatre spaces, as well as restaurants and bars..