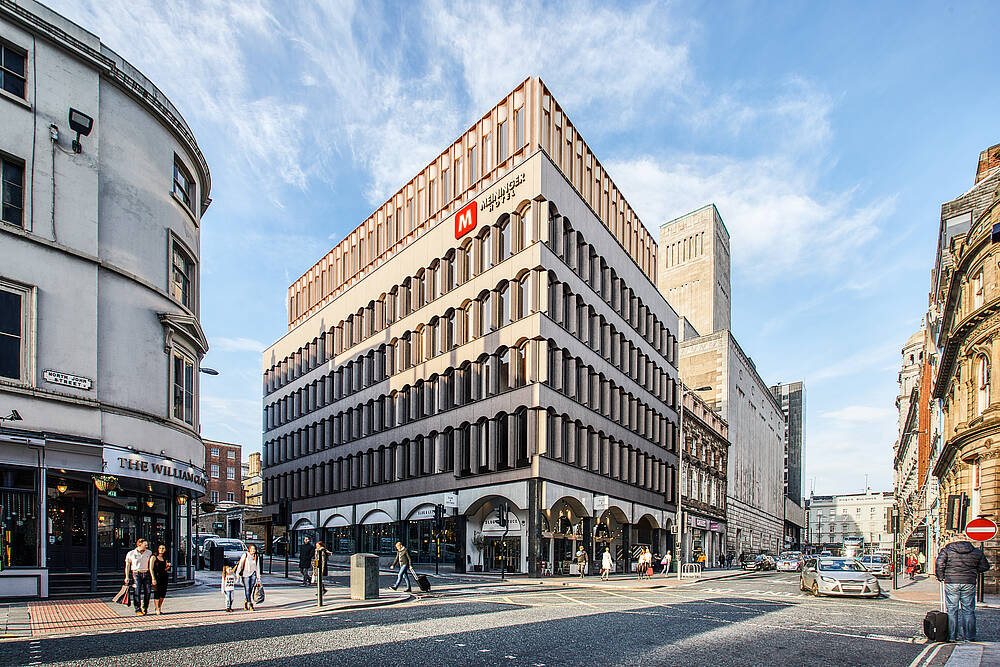 MEININGER Hotels has today signed a contract for a new hotel in Liverpool, reinforcing its aim for further growth in the UK.

"Our new hotel property in Liverpool is an existing building that will be converted into a typical MEININGER Hotel according by spring 2021," says Thomas Hagemann, COO of MEININGER Hotels. "On a gross floor area of 36,049 sq ft (3,349 sq m), the result will be a state-of-the-art accommodation with 87 rooms and 277 beds spread over six floors, a lobby, reception, guest kitchen, bar, lounge, game zone as well as a breakfast area and luggage room.

“Our guests can also look forward to sufficient social spaces for shared community experiences as well as to our flexible room concept, which is unique in the industry. The MEININGER Hotel Liverpool will appeal to individual, group and business travellers with its room structure consisting of two, three and four-bed rooms."

The MEININGER Hotel Liverpool will be located on Union Court, right in the heart of the city. Most of the main cultural, architectural and gastronomic attractions of the city are within walking distance of the hotel: from the UNESCO world heritage buildings around the Royal Albert Dock, Liverpool One, the Tate Gallery or the Cavern Club. Thanks to the excellent public transport links via the nearby train and bus stations, both Anfield and Goodison Park are also within easy reach for football fans.

Hannes Spanring, CEO of MEININGER Hotels commented: “Together with openings planned for this year in Paris and Lyon as well as next year in Washington D.C., which will mark the respective market entries in France and the U.S., Liverpool is an important milestone in MEININGER Hotels’ goal to operate approximately 34,000 beds internationally by 2024.”

"There is no doubt that the UK capital is very popular with visitors, and we had a 94% occupancy rate last year at our Hyde Park hotel," he added. "But the UK is very rich in attractive destinations with enormous development potential elsewhere too. We are therefore delighted to have signed the contract for a new MEININGER Hotel in Liverpool.

“In Liverpool, the figures for overnight stays and hotel offerings have shown a sustained upward trend in recent years, and the forecasts are also very positive," Spanring continues. "The current range of rooms consists mainly of four-star and budget hotels, hostels account for only one percent of all accommodation in Liverpool to date. Our goal is to become the UK market leader in this segment with our unique hybrid hotel concept, which combines the service and comfort of international budget hotels with the exceptional amenities and flexible room structure of hostels."