In the quiet residential district of St. John’s Wood in London’s north-west, a pedestrian crossing has become an iconic image to the whole world. In 1969, The Beatles recorded an album in a small studio on No. 3 Abbey Road, inconspicuously tucked between rows of apartments and terraced houses. Abbey Road Studios is best known for the sounds that were made here nearly half a century ago, but the artists who come to the world’s most famous studio in 2015 are drawing from that history to create new and defining work.

Early last year, Wally de Backer (aka Gotye) recorded an album here with his band The Basics. Like many musicians, Wally had dreamed of recording at Abbey Road for quite some time. That dream came true when he took The Basics to what is often regarded as the best studio in the world. Together with band mates Kris Schroeder and Tim Heath, Wally spent a week in the historic Studio Two, a space that echoes with the countless classics recorded here over the decades, songs which still influence the world today. 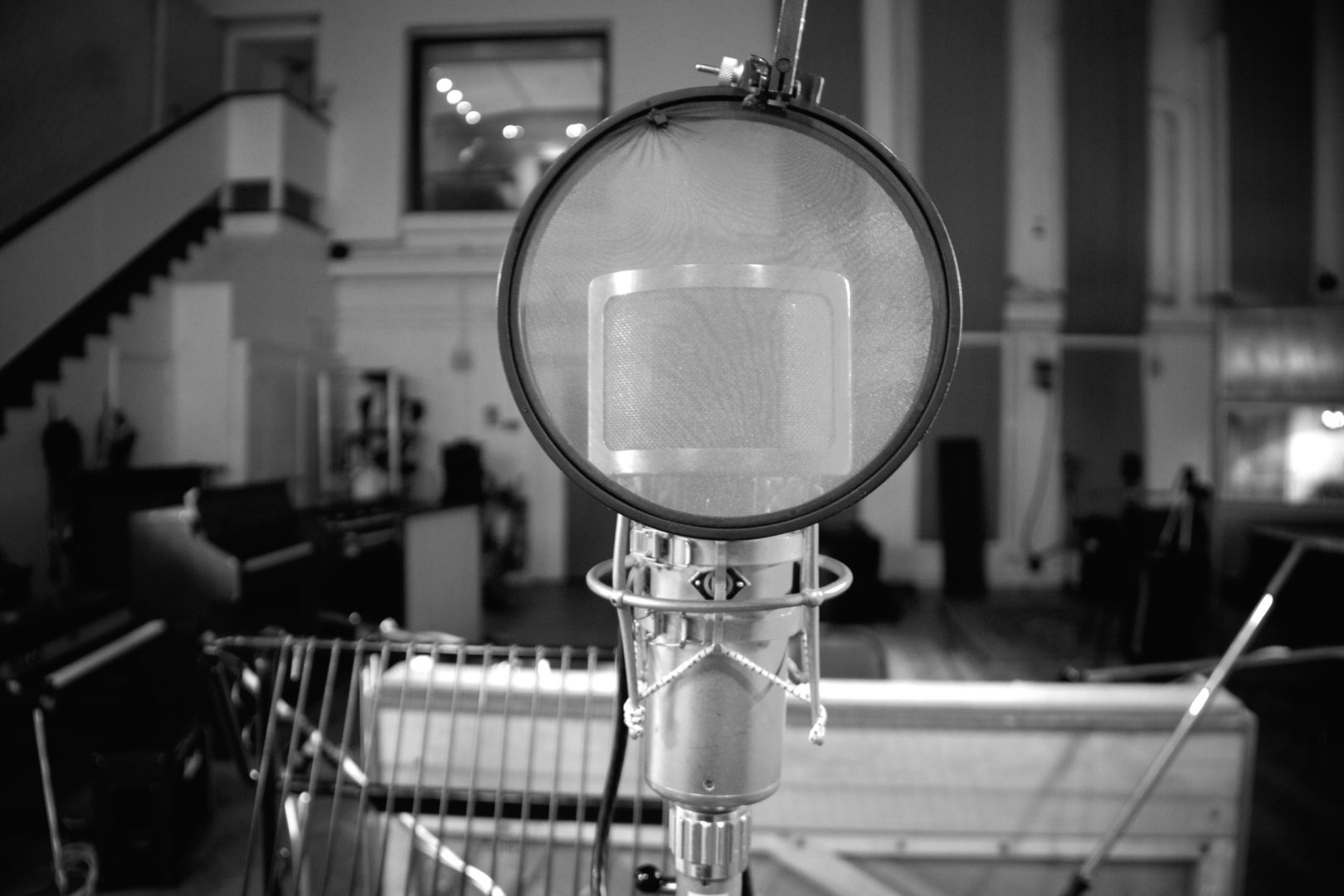 For most musicians, it is a fantasy to breathe the same air as The Beatles and an incredible inspiration to be surrounded by equipment from their era. The Basics had the opportunity to use some of the original microphones and instruments that The Beatles recorded with on the majority of their catalogue in the 60s.

The future of the beloved historical icon was recently in danger as record company EMI went through a rapid and jarring change in management. After being acquired by Universal Music in 2012, the studio was rescued from being developed into luxury apartments and was granted official heritage status. With a multi-million-pound upgrade announced in February, Abbey Road Studios will be transformed to meet the needs of the most sophisticated recording sessions, helping to propel the studio forwards, and hopefully ensuring its survival in a rapidly changing and competitive industry.

Going through the doors of No. 3 Abbey Road for the first time has been described as entering the Mother of all Studios. Platinum records, signed posters and numerous memorabilia spanning back almost a century since it was first opened in 1931. Continuing down the long corridor filled with signed movie posters, black and white photos line the walls that lead to each of the studio’s three recording suites. 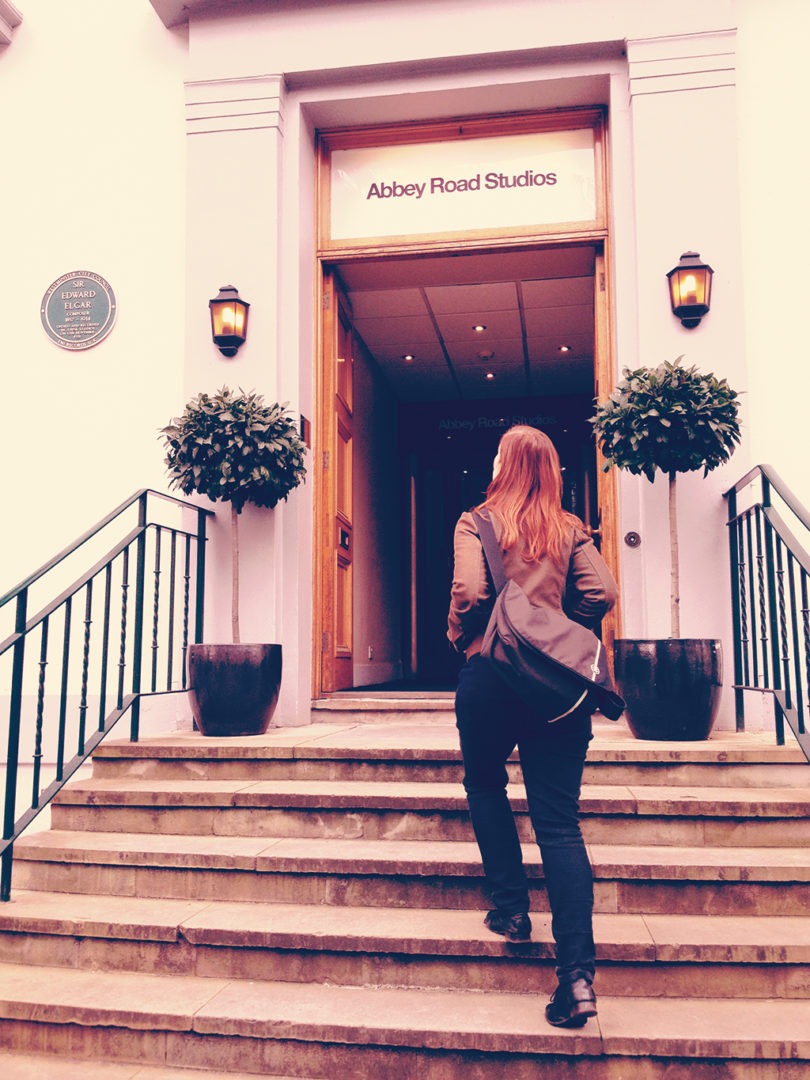 Studio One, the largest of them all, is commonly used for large-scale productions like orchestral recordings for film soundtracks. Renowned composer John Williams stood here to conduct the London Symphony Orchestra in 1983 as they recorded the music for Star Wars: Return of the Jedi. More recent notable sessions include Thomas Newman’s soundtrack for Skyfall, and Alexandre Desplat’s theme for the Harry Potter films.

The recording of these huge productions requires an extraordinary amount of technical expertise and experience; thankfully, the engineers at Abbey Road Studios are some of the best in the world. Senior recording engineer Peter Cobbin has played a major role in helping the studio to become one of the leading choices for recording major motion picture soundtracks. The Lord of the Rings, The Hobbit, The Imitation Game and The King’s Speech are just a few examples of his recent projects. 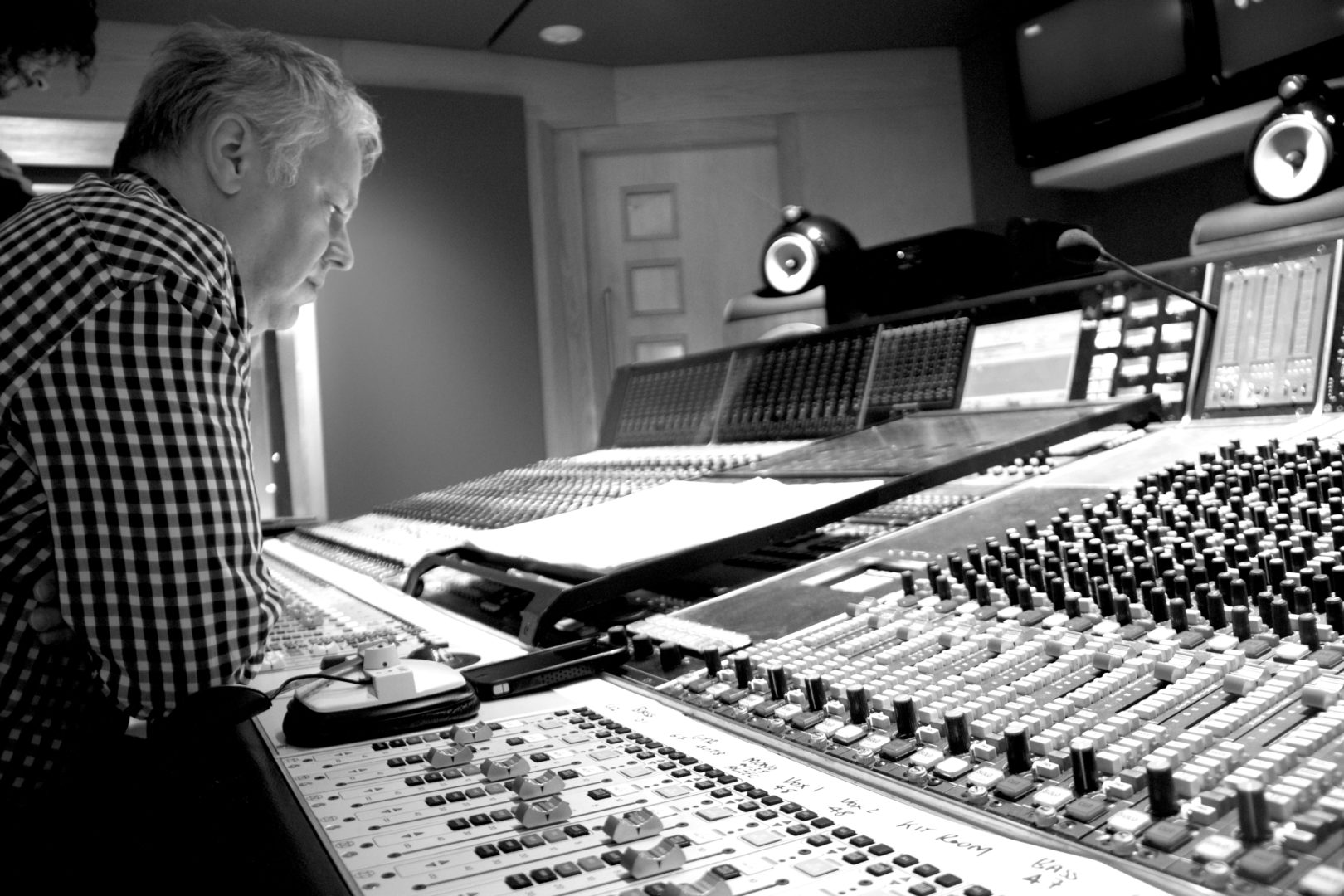 A sense of awe-inspiring passion for the magic and historical significance of Abbey Road Studios has united its dedicated team of employees. There is a humble feeling that seems to overcome everyone who sets foot inside, who is given the chance to share the magic that resides within its walls. This sensation is especially evident when entering Studio Two. With the illumination of its classic ‘Now Recording’ sign comes a tingling of nostalgia. John, Paul, George and Ringo were once just behind the faded blue door, recording A Day in the Life.

But Studio Two, despite being one of the most famous recording spaces in the world, isn’t as impressive to look at as one might think. The bare brick walls and grey sound barriers make it appear worn and dated, although this is part of the charm that comes with its long and prosperous history. A variety of instruments and equipment, including upright pianos, a Steinway Concert Grand and dozens of rare microphones, are still being used and nurtured. 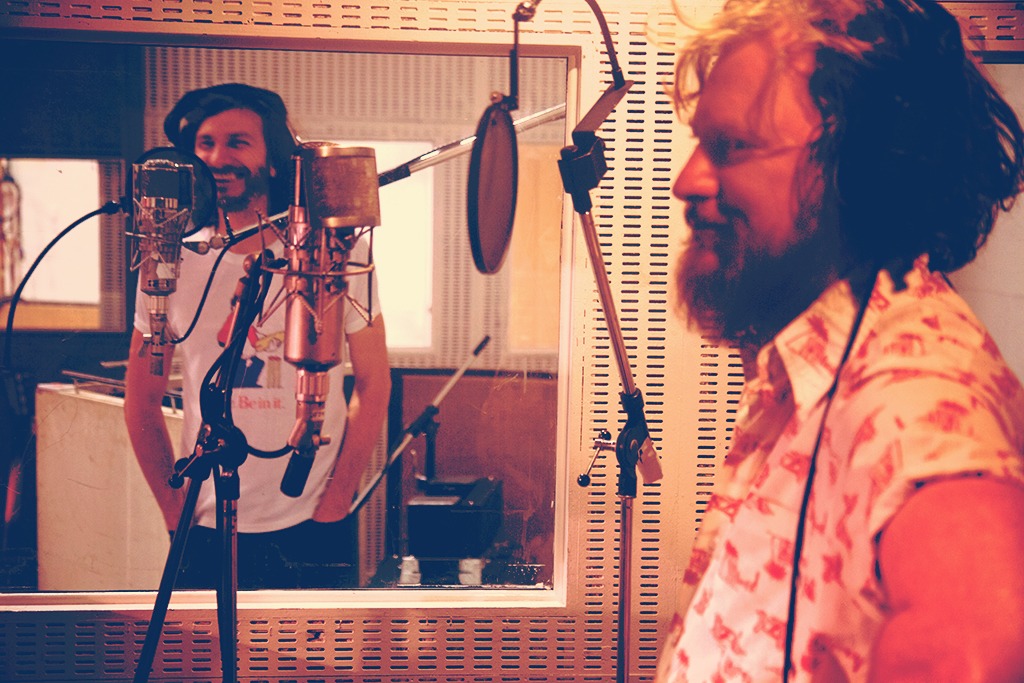 Tim Heath from The Basics recited Nick Cave’s classic ballad Into my Arms on one of the studio’s original Challen upright pianos. The resonance and sound of these unique instruments echoed off into the cavernous, seven-meter-high space, the same distinct reverb that can be heard on many of the recordings that were made here. “We felt like we were there to create something special”, Tim recalls, reflecting on the experience of recording The Basics’ soon-to-be-released album The Age of Entitlement. “I think that was really engrained on the work ethic of the staff. Working in that kind of place makes everyone feel quite lucky. You can get that feeling from their enthusiasm for their work.”

Legends like Paul McCartney still visit the studio on a regular basis, as do contemporary artists. Icelandic post-rock group Sigur Ros were working with an orchestra for a new track next door in Studio One. They dropped in to Studio Two to check out The Basics as they recorded with Peter Cobbin. 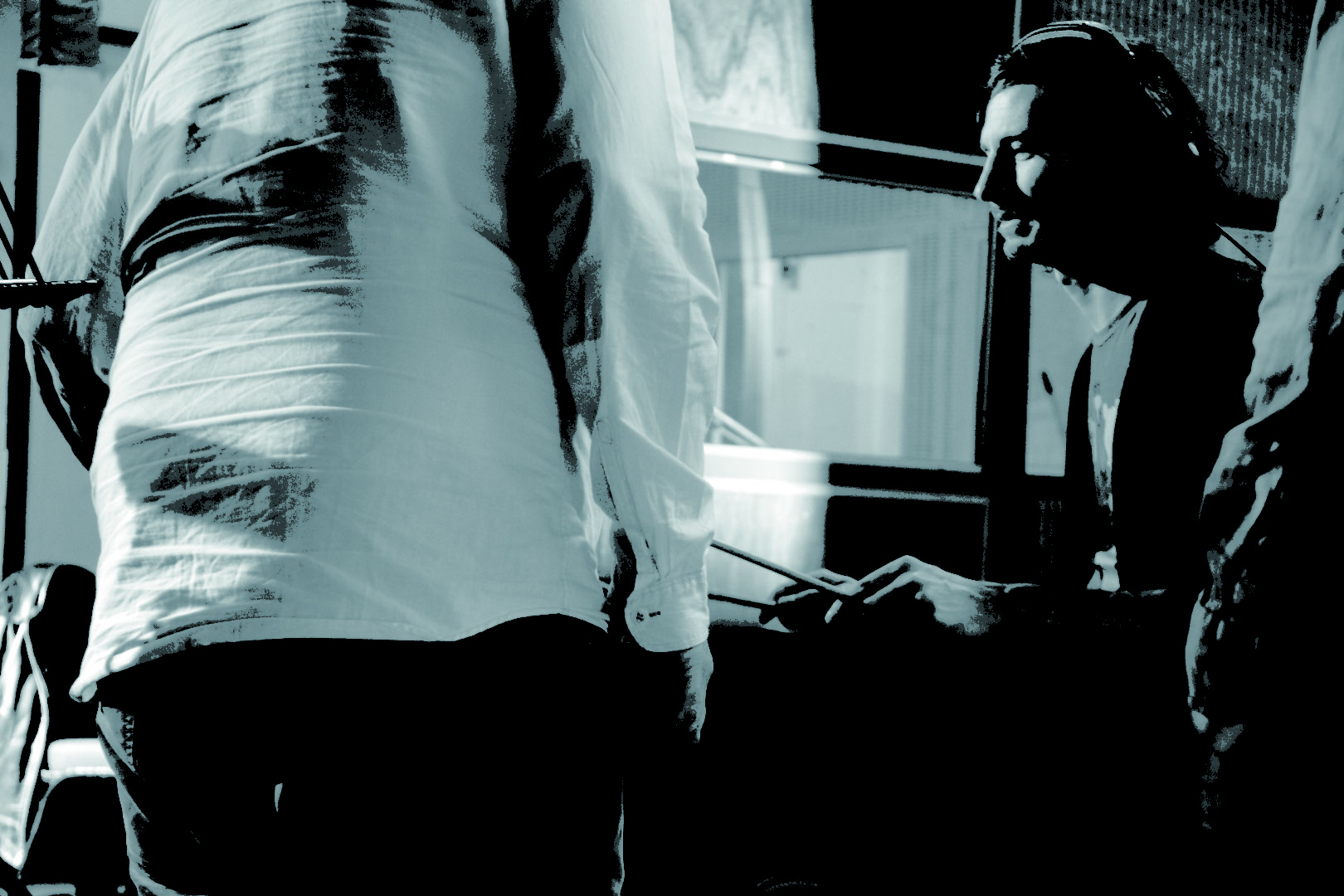 Peter showed the two bands some of the remaining original gear that helped to create the psychedelic, LSD-infused sounds of Pink Floyd, who used Studio Two to record their debut album in 1967. The Dark Side of the Moon, the second best selling album of all time, was also recorded here by Alan Parsons in 1973. He utilized the studio’s multi-track recorder and tape loops, some of the most advanced recording techniques of the time.

Abbey Road has established and fostered a unique social environment in which musicians can feel at home, alluring like-minded creatives from all over the world to come together and feel the studio’s rare and enchanting energy. This sense of wonder opens up a creative universe, which allows musicians to challenge themselves and transcend what they thought they were capable of.

Win one free night at a MEININGER Hotel!

The Beatles – Abbey Road is one of the most famous and probably most imitated album covers in pop history.  Follow suit on Paul, John, Ringo and George and send us your best photos of you and your friends on a zebra crossing. Comment this blog post with a picture on a zebra crossing till August 31st and win a a voucher for 1 night in one of our MEININGER Hotels in a double room with breakfast (valid 1 year upon request and availability). 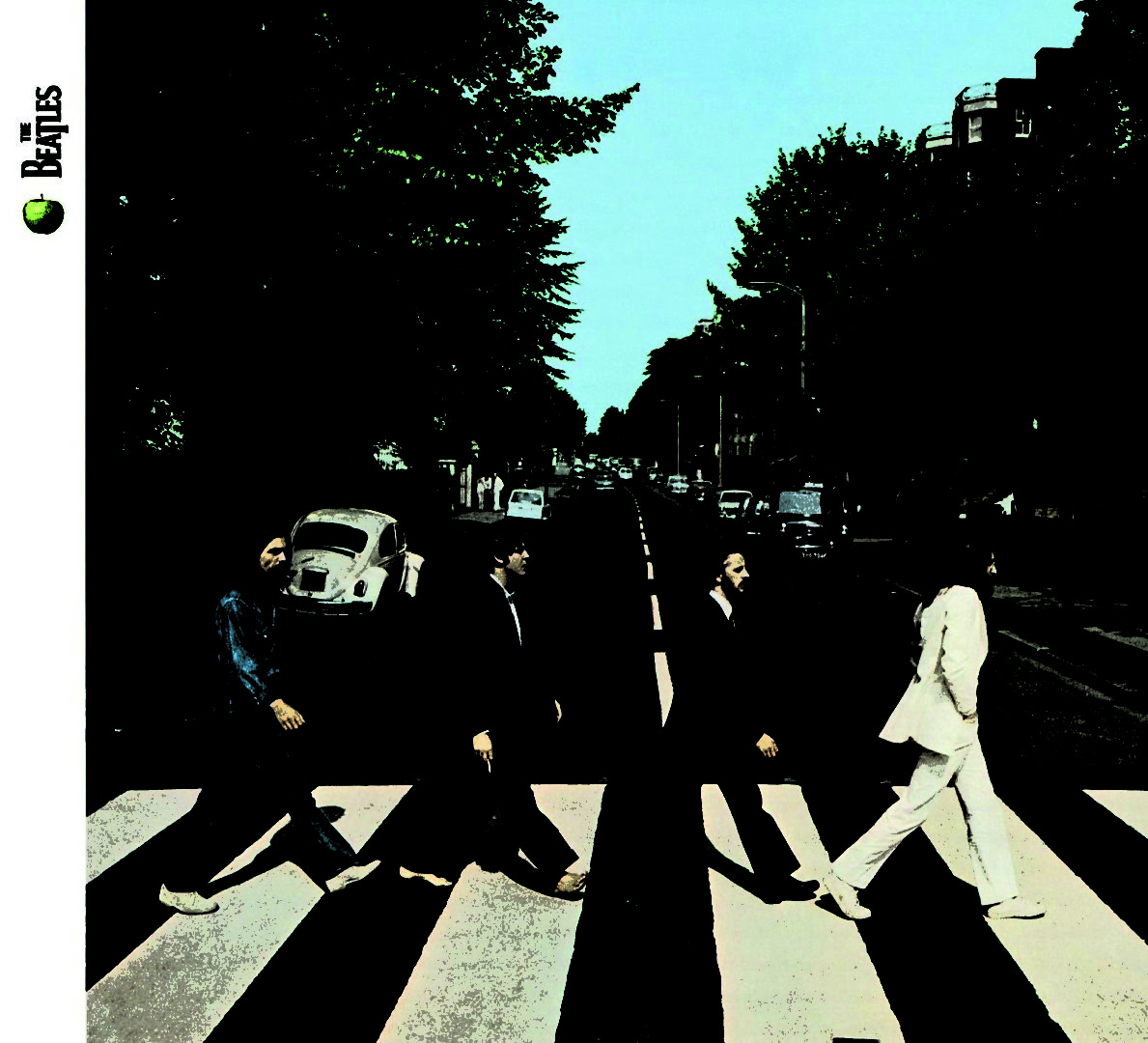