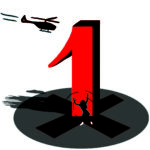 An elderly lady from the area was making her way to the supermarket (located directly next to the hotel) when she began to experience breathing difficulties. In search of a place to rest, she came to us. Seeing that her condition was not improving, the receptionist called an ambulance.

In spite of the satnav, the ambulance evidently couldn’t find the hotel and drove right past. With great presence of mind, our receptionist ran to the street corner to flag down the ambulance. She was so successful that a passing helicopter prepared to land in our parking lot. 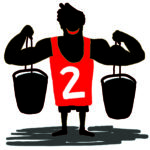 The Salzburg flood in the summer of 2013 unfortunately also reached the MEININGER Hotel. Two of our staff members diligently bailed and dredged the water from our basement with buckets for over 8 hours (at a rate of 600 litres per hour). After 24 hours – or 3 shifts – of work, the water broke through a partition wall behind them and back into the basement. This was the last straw! Even though in the end this battle against the water was lost, we are very proud of the unwavering commitment of the whole team! 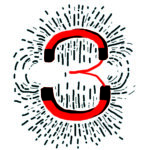 It was a night shift like any other, or so we thought, until a woman came down to reception and complained that the guest from across the hall was disturbing her with electromagnetic rays. The offending guest wasn’t making any noise, however, and the complainant assured us that otherwise, everything with her room was fine. We assured the woman that we would take care of the problem and that she could go back to bed with peace of mind. How we dealt with the problem remains our secret. 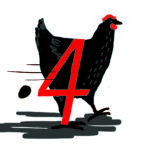 The animals are loose!

One day the elevator doors of the MEININGER Hotel in Hamburg opened and out walked a hen, evidently quite on its own. It appeared that former guests had purchased the creature and then “forgotten” it.
And then at the MEININGER Hotel Berlin Alexanderplatz, a family of ducks was seen strolling right into the hotel and past reception. Quite casually, they walked in through one door and back out the other. 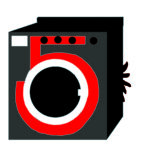 The dangers of the spin cycle

Not your usual night shift: Two women from Colombia were doing some late night laundry. During the cycle, the laundry got caught in the machine and the door was wedged shut. The ladies went to the reception somewhat annoyed, as they were meant to check out at 6am. This was a case for our night receptionist Hannes. Using all his might, he managed to wrench open the door of the machine and salvage the laundry, going quickly from “laundry hero” to “machine killer”. 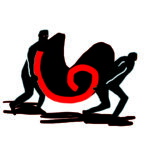 It’s always worth a try!

That’s what two mattress thieves thought as they marched past reception with a mattress in broad daylight. Hey, it could have worked! Erm, not really! 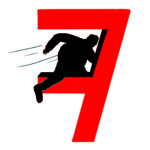 In the middle of summer, a man with a thick winter jacket, a travel bag and a pouch full of change came into the hotel and asked to have a taxi ordered. While he waited, he bought a bottle of water and paid with the smallest of coins from his pouch. A few minutes later, a neighbour stormed into the lobby, followed by the police. Our man sprinted into the conference room, threw open the window, jumped out and ran for his life. He only made it as far as the next intersection, where he was intercepted by the police. We had almost ordered a burglar his getaway car! And despite explaining the situation, the taxi driver was furious that the order hadn’t been cancelled. Sorry! 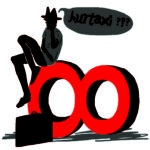 During a phone call to our service centre, a caller asked to be picked up at the train station by his personal taxi, seeing as he had already paid his “hotel taxes”. Yes, “hotel tax” and “hotel taxi” are two different things…he realised that too that day. 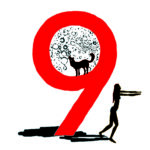 Night at the hotel

A lady walked into the hotel in her underwear. It turned out that she had been out sleepwalking, and when she returned the reception of her hotel was closed and she didn’t have a key card with her. Distressed, she came to our hotel. Unfortunately, we couldn’t offer her a room as the hotel was fully booked. However, we were able to help her back into her own hotel that same night. 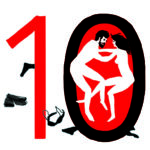 Beer lovers in the lost & found

We could write volumes about Oktoberfest in Munich, but we’ll keep it short. At 7 in the morning, on his way to buy some Weißbier, one of our staff found a happy naked couple in the lost & found. Along with a nice memory, they left behind one or two items of clothing. 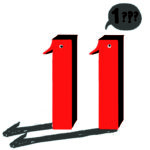 Not a joke: I have a question… 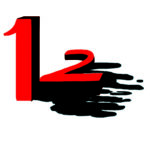 Whole sale – you get what you pay for

In the beginning, when you could still count the number of MEININGER Hotels on the fingers of one hand, the chore of buying groceries was a daily affair and was meant to save on delivery costs. Then one day everything changed. Two of our staff (who still work for MEININGER today) drove to the local cash and carry with a huge shopping list and filled trolley after trolley with groceries. As they were pushing them out to the parking lot, they lost control of one of the trolleys carrying 50 litres of milk. Seconds later, the parking lot was flooded.

To make a long story short: there was lots of cursing followed by the decision to work with a delivery service from then on! 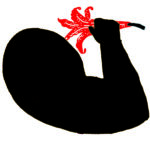 A guest came up to the reception and nervously asked what all the commotion was in town that day. He was referring to a group of tattooed French hooligans with shaved heads standing on the sidewalk in front of the hotel, dressed in OSC Lille football jerseys. At one glance, the receptionist assessed the situation and answered with aplomb: “Oh, there’s a flower show on at the moment, the OSC Lille”. 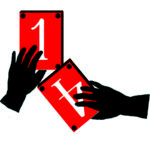 Once upon a time, in the early days of the MEININGER Hotels, the following took place at Meininger Straße 10 in Berlin: We had begun distributing flyers around Zoo Station, found 60 backpackers in need of accommodation and led them back to the hotel. Then began a massive check-in operation. As time passed, more and more guests came back to the reception to say that their keys didn’t work. Somewhat confused, we made our way upstairs and realised that the room numbers were no longer in their rightful places. A previous group of guests had pulled quite a prank and switched a quantity of room numbers around. Since then, self-adhesive numbers are no longer used in MEININGER hotels. 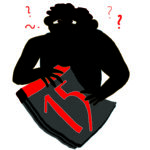 A guest: “…your new hotel in Hauptbahnhof opens on 1st October. What does that mean? Can I book for September already or do I have to wait until October?”

Another guest: “Do you have a moustache that does not require prepayment for the booking? Thank you!”