Belgian beer culture is considered one of the most versatile in the world, and the countless breweries and pubs in Brussels invite you to experience the art of Belgian beer.

Few things are generally agreed upon in the Belgian country of controversy. But that Belgium is a land of beer and that the capital of Brussels is an exciting reflection of the domestic beer culture is not up for debate anywhere in the kingdom. With more than 500 kinds of beer – from the ‘Forbidden Fruit’ to the ‘Delirium Tremens’ – Belgium has preserved its medieval brewing traditions, which means that the joyous juices sometimes taste as sophisticated as wine and at other times are as sparkly as champagne. The Belgian brewers like to experiment, for example with natural products such as cherries or raspberries, which are occasionally added to the blend after fermentation. Belgian beer can be vibrant red or deep orange, as black as the night or (almost) as clear as water, and it may taste as bitter as medicine or as sweet as lemonade.

Travellers with determination and perseverance can try to read through the 260-page drinks menu of the Delirium Café in Brussels. The atmosphere in the café, which is close the Grand Place and across from the Jeanneke Pis – a modern fountain statue that serves as a feminine counterpoint to the city‘s famous Manneken Pis – is normally boisterous, and with its more than 2,400 kinds of beer from over sixty countries, the pub has made international beer history and a world record! But of course you can also just order an ‘Oud Bruin’ (Old Brown), the most traditional Belgian versnijbier (blended beer), that mixes a top-fermented ‘old’ beer that is matured for almost two years in oak barrels, a process that generates lactic acid fermentation, with ‘young’ beer. 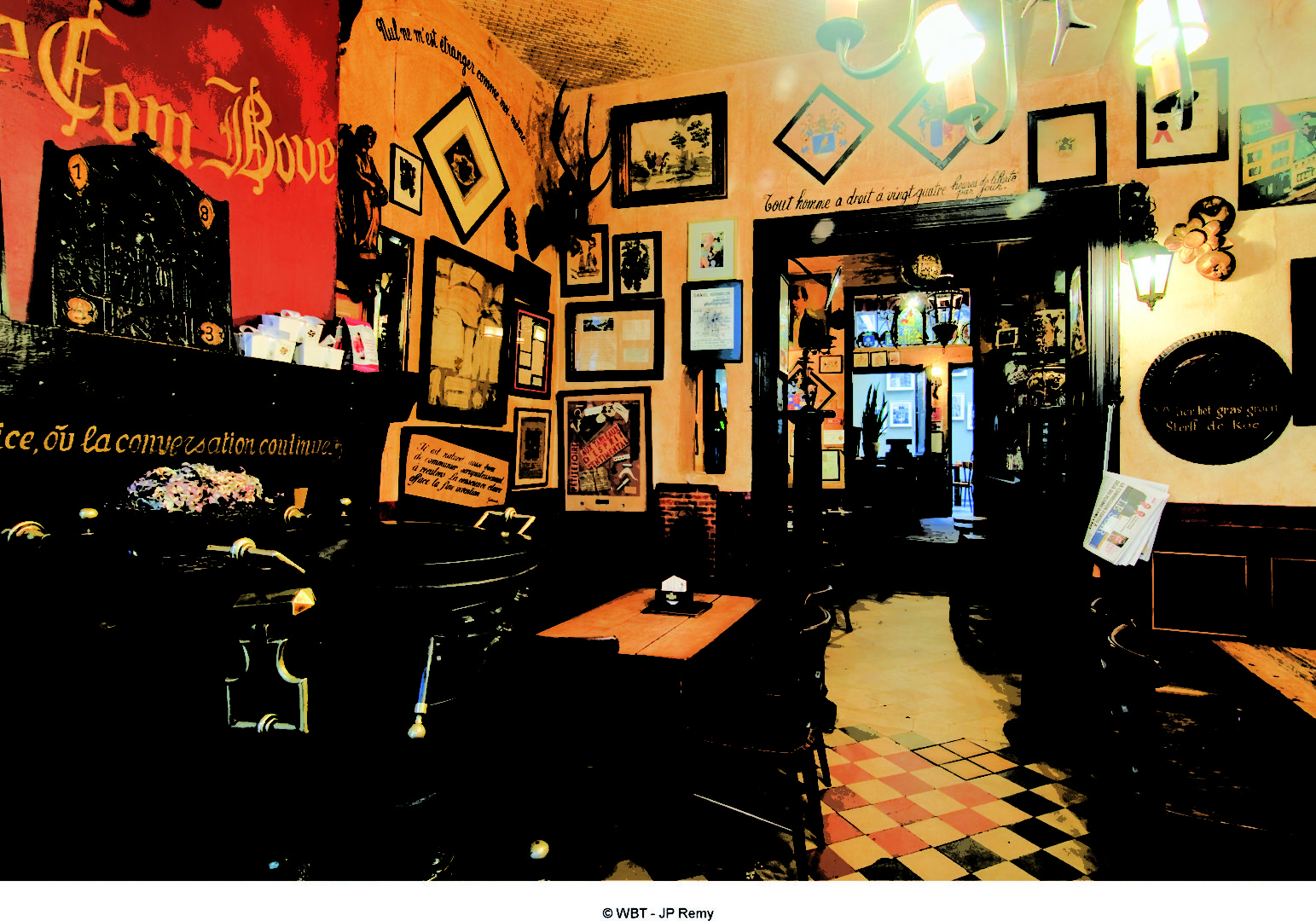 If you are still thirsty after a visit to the Delirium Café, then you should take a short walk deeper into the city centre. Not far from the magnificent Galeries Royales Saint-Hubert, the A La Mort Subite tavern is like a biotope of the unspoilt Brussels lifestyle and one of the listed historical monuments of the city. The origin of the seemingly macabre name – la mort subite means “the sudden death” – is less dramatic than visitors may think (or hope?) and is not in the least related to the influence or effect of the beer. Rather, the name derives from a dice game called Pitjesbak, which used to be played regularly in the establishment. The loser of the game would be labelled “the dead”. The brasserie dates back to the 19th century, stretches over four generations, and offers fabulous beer including several traditional Belgian beer specialties. Beer lovers and connoisseurs will be spoilt for choice: abbey and trappist beer, triek, lambik and geuze are all available. 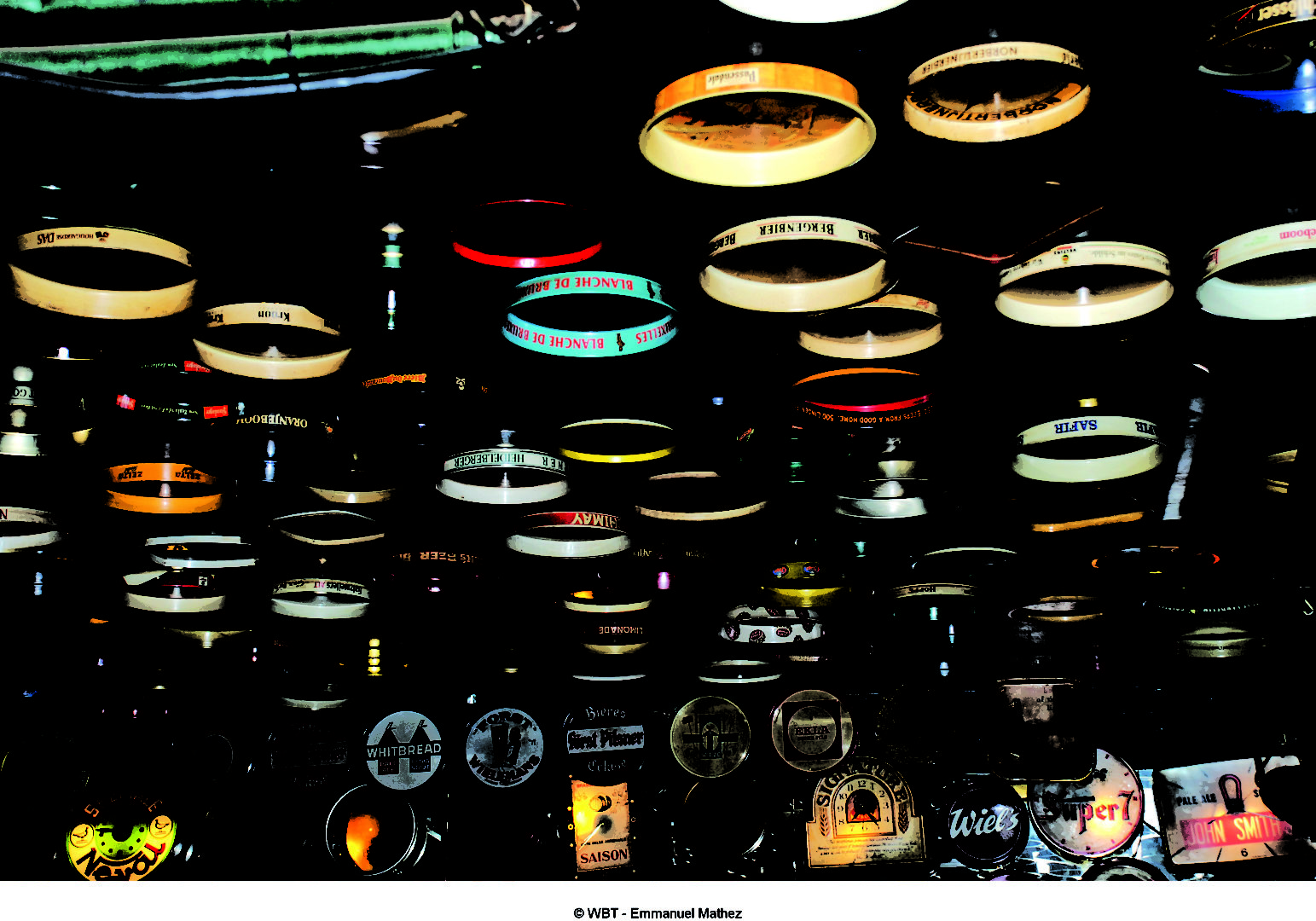 An authentic lambik is a typical Belgian speciality brewed through spontaneous fermentation, which is more or less left to the influence of chance, in the region around the river Senne not far from Brussels. The cooked wort – the liquid extracted from the mashing of wheat, barley, hops and water – rests in an open vat and receives wild yeast and other bacteria from the air. As soon as the fermentation process starts to kick in, the wort is stored for up to three years in wooden barrels and later served as a dry and foam-free beer with a hint of carbonic acid.

If you order a kriek in a pub, then you will get the chance to enjoy a so-called fruit lambik. Two hundred grams of cherries per litre of beer are added during the brewing process, and the added fructose causes the mixture to ferment for a second time while it is stored in barrels for 18 months. Even today, Belgian brewers prefer the old local cherry species of Schaerbeek from the region of the same name surrounding Brussels.

For those who desire an even sweeter beer, the low alcohol beer mixture faro may be just the thing. It is made from lambik and is a much lighter, freshly brewed beer, while sometimes brown sugar or caramel is added as well. Originally, the sugar would be mixed in just prior to serving; this prevented the production of alcohol and carbonic acid in the beer and gave the faro its characteristic sweet taste.

Discover the our 2 central hotels in the center of Brussels