10 most fascinating fun facts about Amsterdam

Amsterdam, the city famous for its romantic canals, bridges, bicycles which are ruling the city and of course tulips! Amsterdam is one of the most popular travel destinations in the world with the most interesting fun facts!

There are 1.2 million bikes in this city, but only around 821,000 inhabitants. Amsterdam has over 400 km of bike lanes and several storage facilities. 25,000 bikes are thrown or disappearing in the Amsterdam canals every year. Yearly, around 100,000 bikes get stolen. Bikes have the right of way over both cars and pedestrians, make sure to stay out of the bike lanes and be careful when crossing! 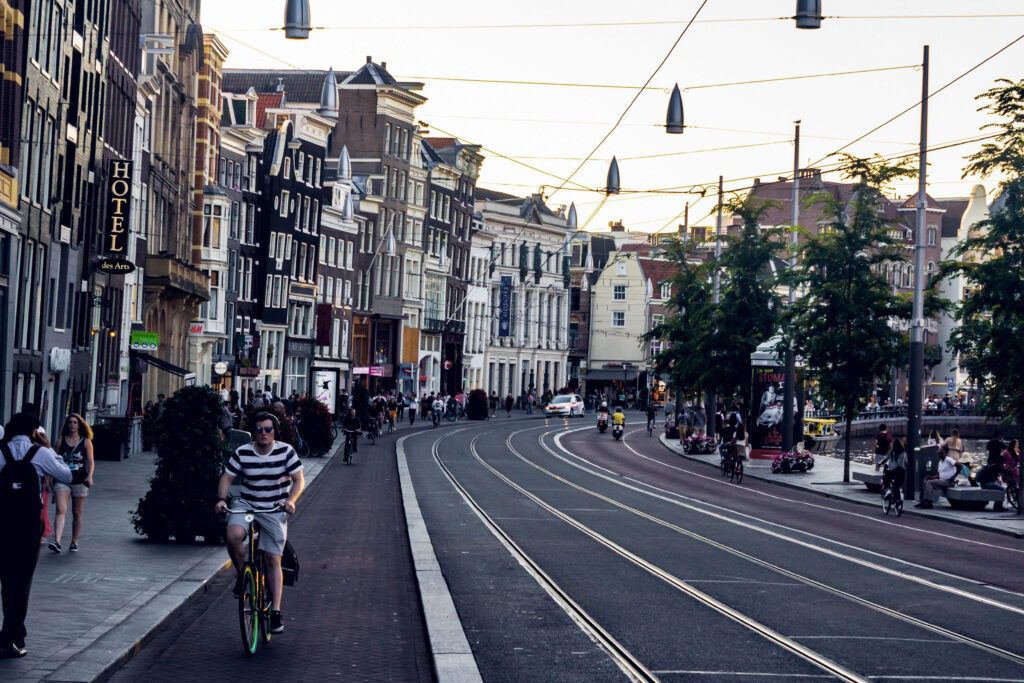 #2 Amsterdam is the gay capital of Europe

The Netherlands was the first country in the world to legalize same-sex marriage back in 2001. Amsterdam is a very popular tourist destination for the LGBTQ community, the annual Amsterdam Gay Pride draws a massive crowd every year. Check out our Gay Amsterdam Guide!

With over 165 canals, it’s possible to travel 100 kilometers on the water in the city limits, the most popular canals are the Herengracht, Prinsengracht, and Keizersgracht. There are 1281 bridges in Amsterdam, the most famous bridge is the Magere Brug or Skinny Bridge. 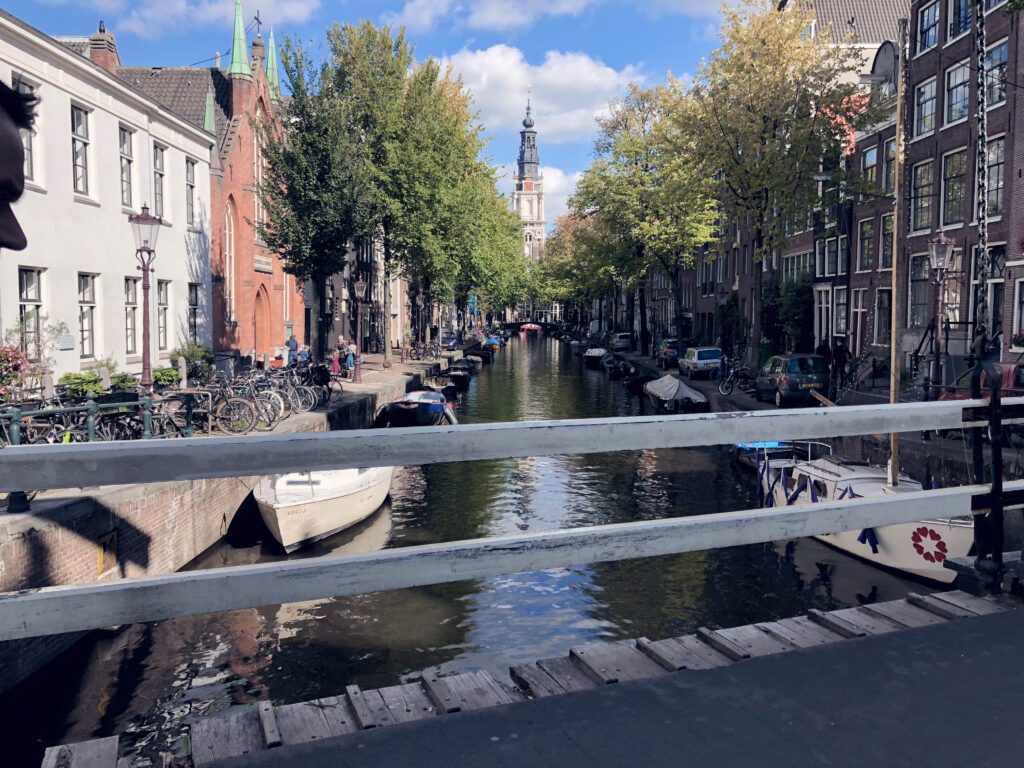 #4 Heineken is a beer brand from Amsterdam

Heineken was founded in Amsterdam in 1864, it brews almost 200 million hectoliters of beer every year. At the Heineken Experience, you can learn about the company’s history and the brewing process, while sipping down their beer.

A catboat, De Poezenboot, is a well-known shelter for stray felines and a place where you can adopt a cat.

#6 Amsterdam has the most museums per square meter

The Dutch capital has the highest concentration of museums per square meter of all cities in the world. Van Gogh, Rijksmuseum, and Stedelijk Museums are one of the most famous ones you can visit in the city. 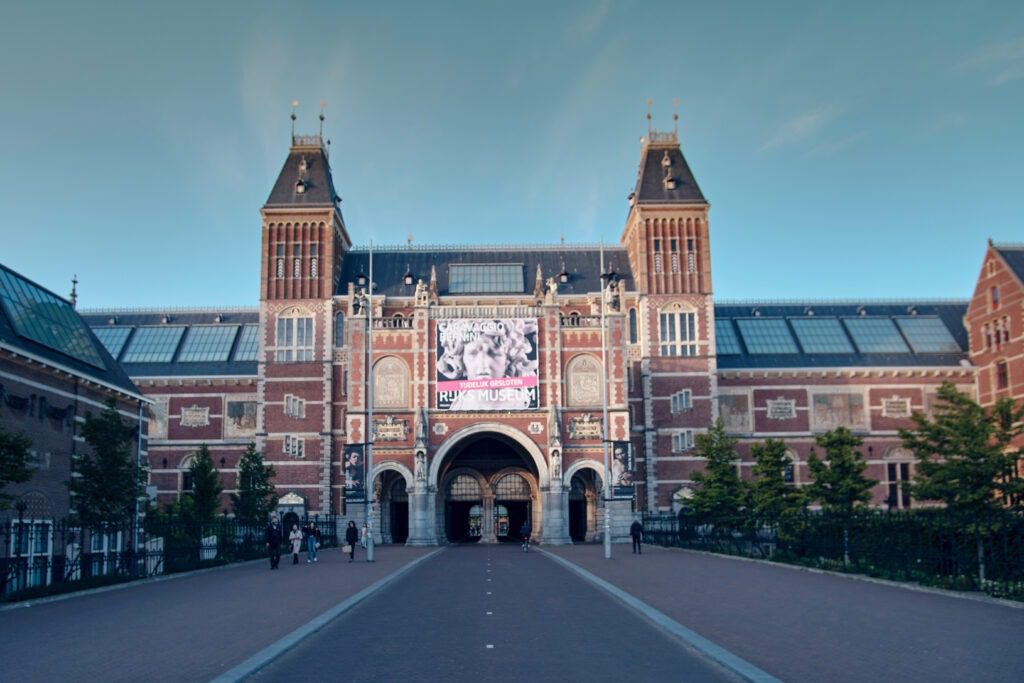 #7 Dancing houses, the most photographed houses in Amsterdam

The Amsterdam Dancing Houses are a row of seven houses that are slightly sunken and lean at various angles, you will find them at canal Amstel 106! 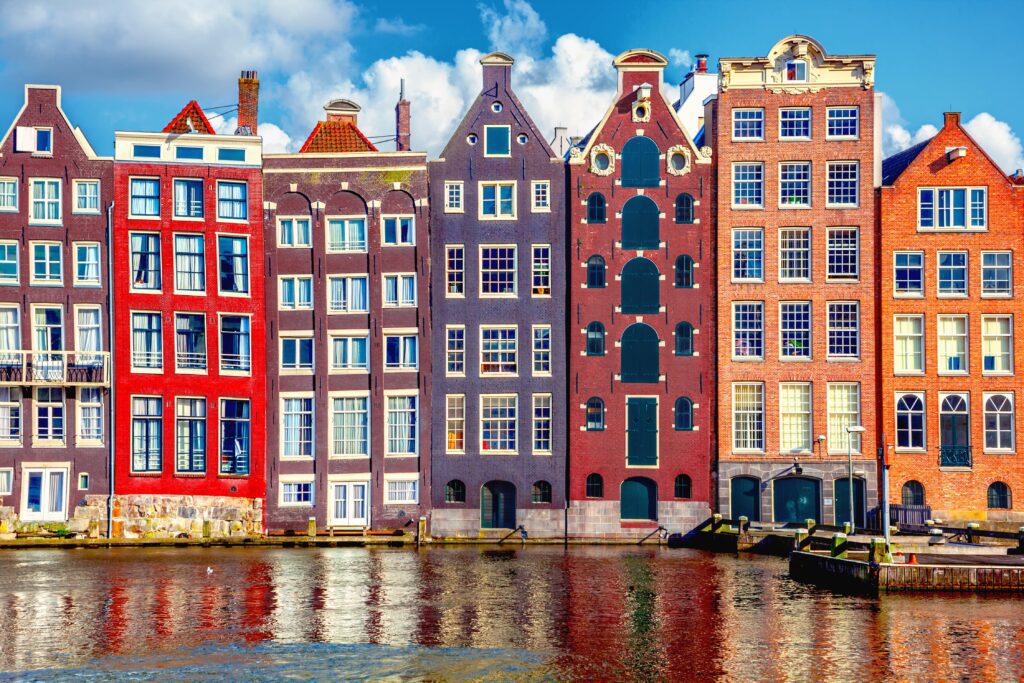 #9 The only floating flower market in the world

The Amsterdam Flower Market (Bloemenmarkt) exists since 1862. Its stalls are all located on boats, just like in the old days when flowers were delivered by boat. 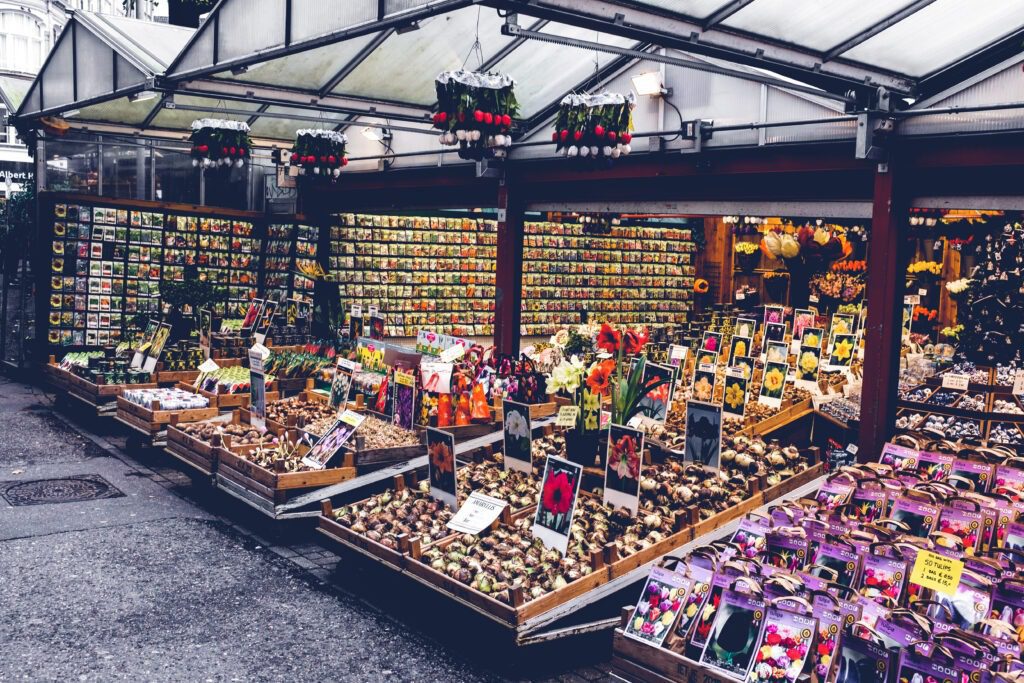 #10 The smallest house in Europe is located in Amsterdam

The smallest house was built around 1738, and it measures only 2.02 m in width and 5 m in-depth, and has just one room per floor. Find it at the Oude Hoogstraat 22.