There is hardly another place that currently attracts more hipsters from around the world like this spot. “My Lake House” as you would translate it – is the epitome of Berlin Mitte for quite some time now and is located directly at Rosenthalerplatz and thus exactly between the MEININGER Hotel Berlin Alexanderplatz and the MEININGER Hotel Berlin Mitte Humboldthaus. In the evening the young, hip and incredibly handsome crowds sprawl on the sofas for some drinks. The lucky ones have already occupied the coveted seats in the stands at the back and enjoying their view from up there, slightly tapping their feet when the DJ turns up the volume.
Mein Haus am See, Brunnenstraße 197-198, Berlin-Mitte: Direkt an der U-Bahn Station U8 Rosenthaler Straße oder in Laufnähe zum S-Bahnhof Hackescher Markt 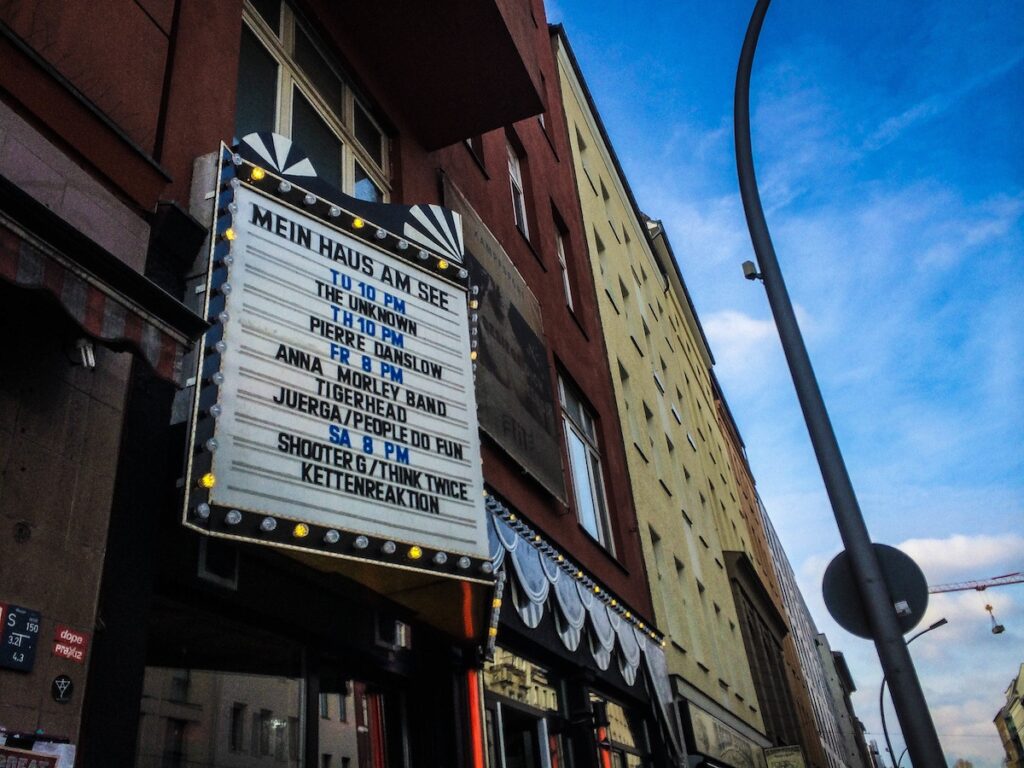 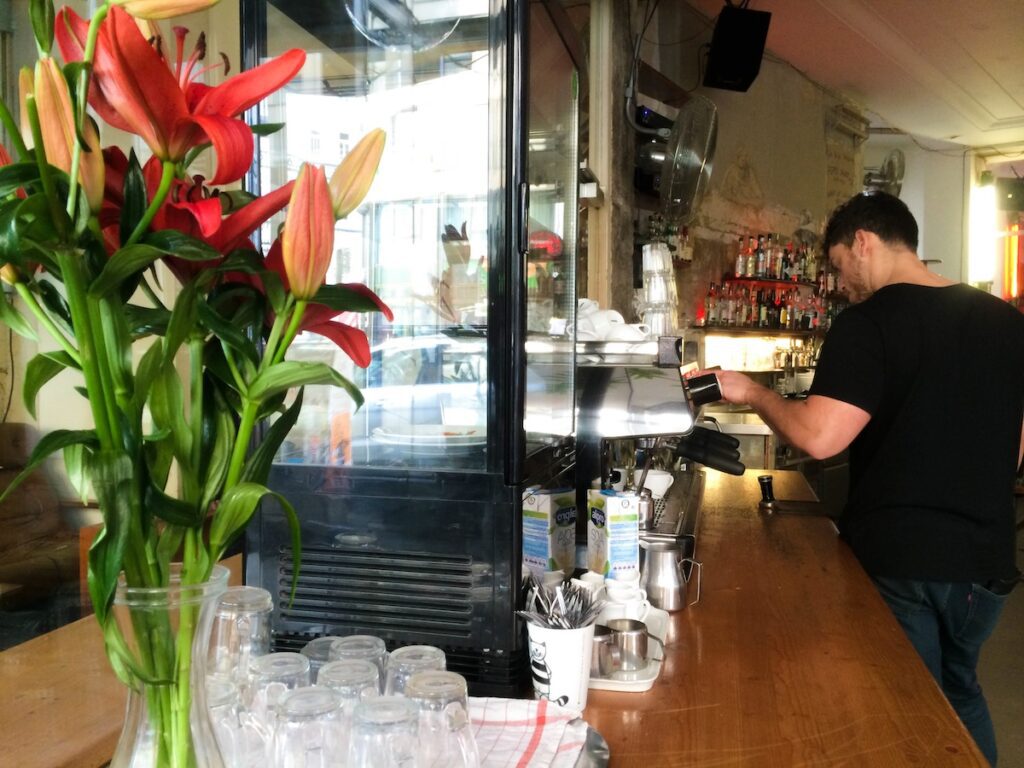 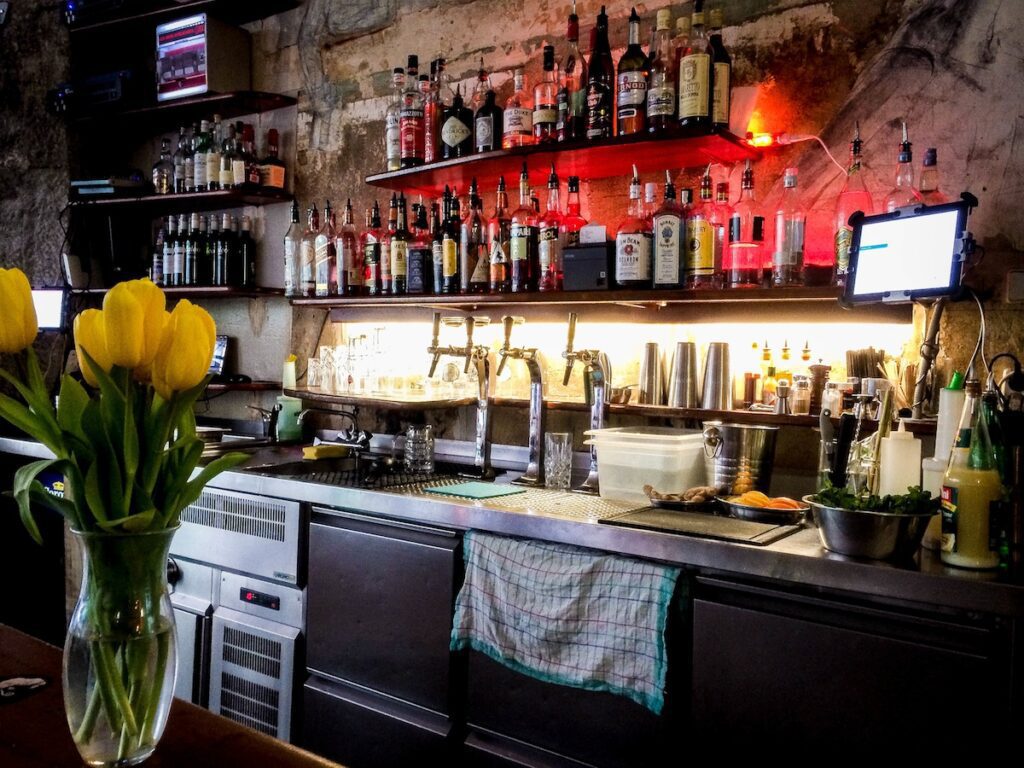 One of the trendiest bars in the Berlin-Mitte including a mostly good-looking crowd somewhere between early twenties and mid-thirties. If you did manage to pass the guy working the door, you can enjoy nice evenings here. The bartenders are friendly and even crack some jokes sometimes; the music is made for the typical Mitte-“boys and girls”. The interior is a little bit of baroque mixed with Art Nouveau style and very different to the usual “old sofa bars” of Berlin. However, with a large group you won’t get in. But hey, just across the street you’ll find your nightcap at Sankt Oberholz.
Kitty Cheng, Torstraße 99, Berlin-Mitte: Directly at U-Bahn Station U8 Rosenthaler Straße or walking distance from S-Bahnhof Hackescher Markt 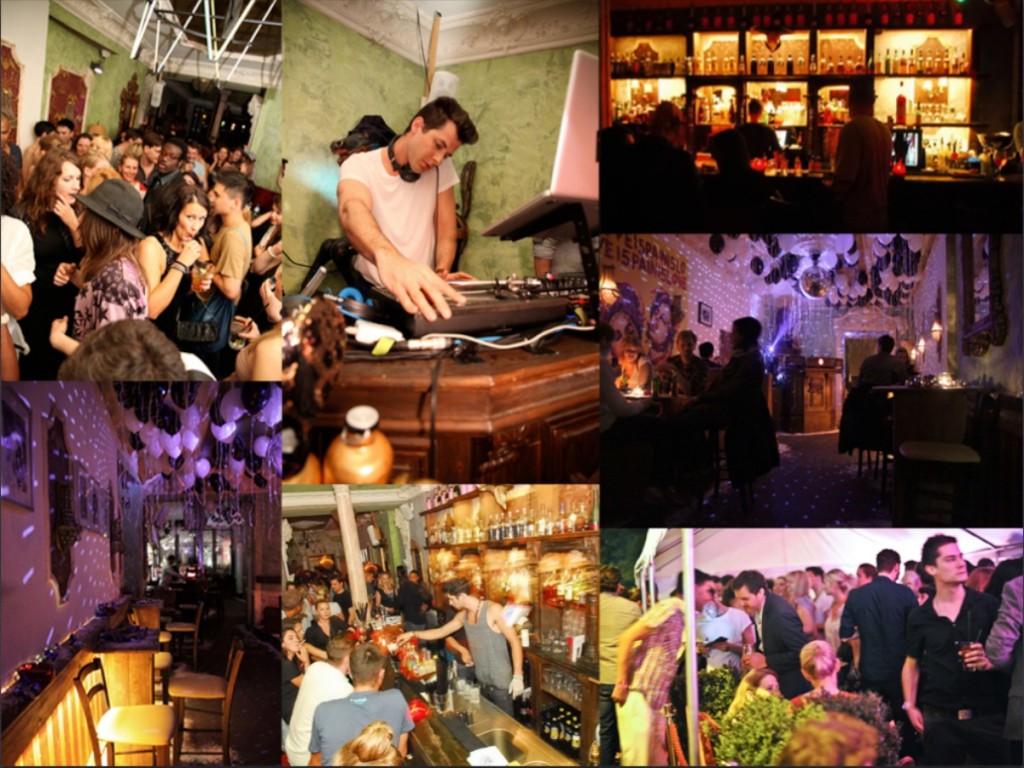 This place is still the hotspot among digital nomads and hipsters from Berlin. Big plus: it is also located exactly between the MEININGER Hotel Berlin Alexanderplatz  and the MEININGER Hotel Berlin Mitte Humboldthaus. You will meet people from all over the world, hidden behind their laptops for hours, drinking coffee or homemade lemonades or the hipster drink Club Mate. Sandwiches, snacks and cakes and all your drinks have to be ordered and paid at the bar. And of course, Sankt Oberholz offers free WI-FI.
Sankt Oberholz, Rosenthaler Straße 72a, Berlin-Mitte: Directly at U-Bahn Station U8 Rosenthaler Straße or walking distance from S-Bahnhof Hackescher Markt. 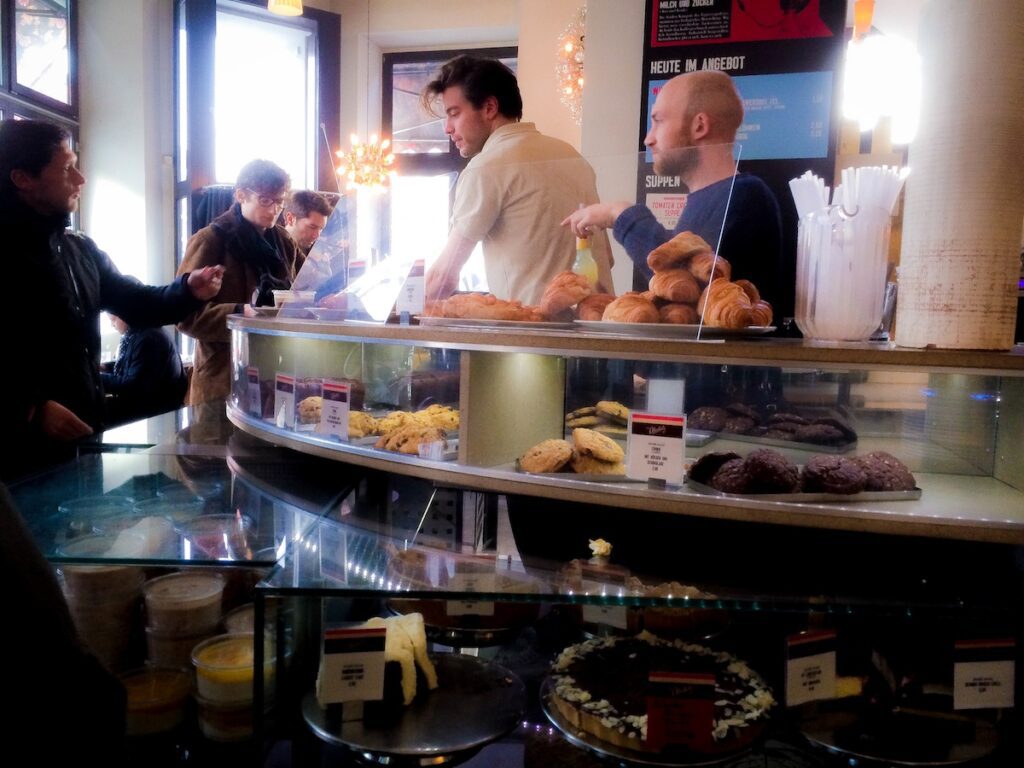 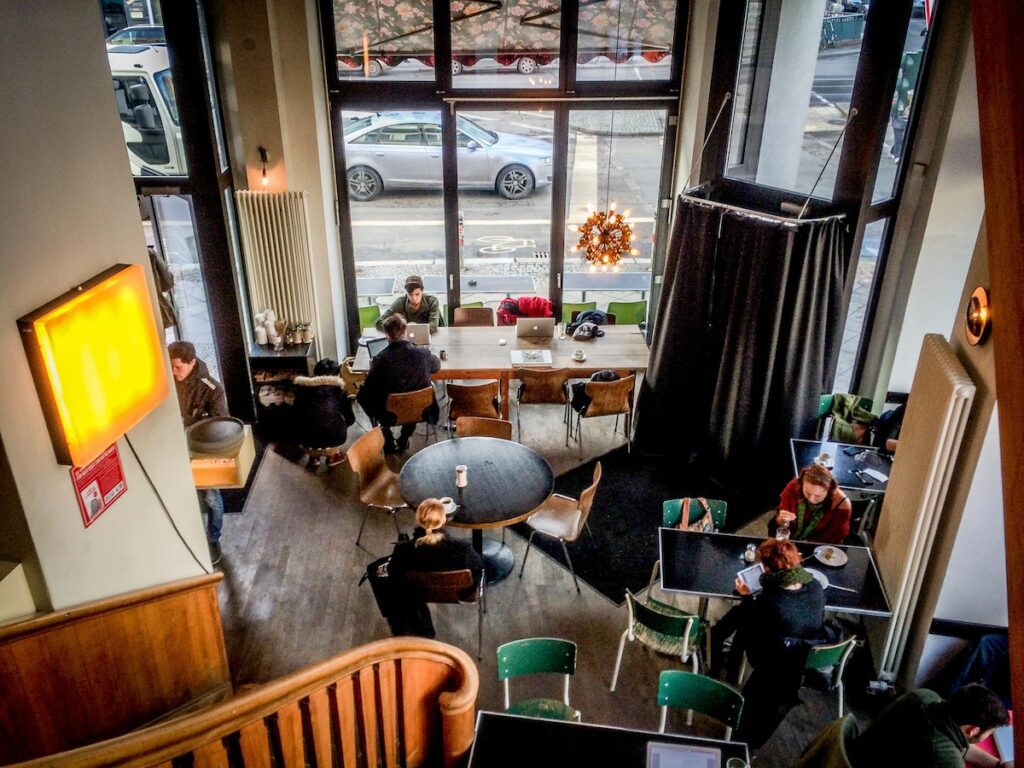