10 Interesting Fun Facts About Paris That You Didn’t Know

Paris has many different faces, it’s a city rich with culture, art, design, beauty and history. Whether you are standing in the line to see Mona Lisa, trying to take that perfect picture of the Eiffel Tower, searching for the yummiest croissants or just wondering trough Montmartre, Paris is a city that will capture your heart for sure.

Paris is known as the “City of Light”, but do you know why Paris got this nickname? In this article we are revealing this and many other surprising fun facts about Paris, so keep reading!

You’ve heard for sure people calling Paris the “City of Light”, but do you know why? There are two theories about the Paris’ nickname. First says how light in this case signify intellectuals. It is referring to the high-concentration of writers, artists and academics that have always been drawn to the city. Another theory explains how Paris was one of the first European cities to adopted street lighting and that’s why it got its nickname “City of Light”. 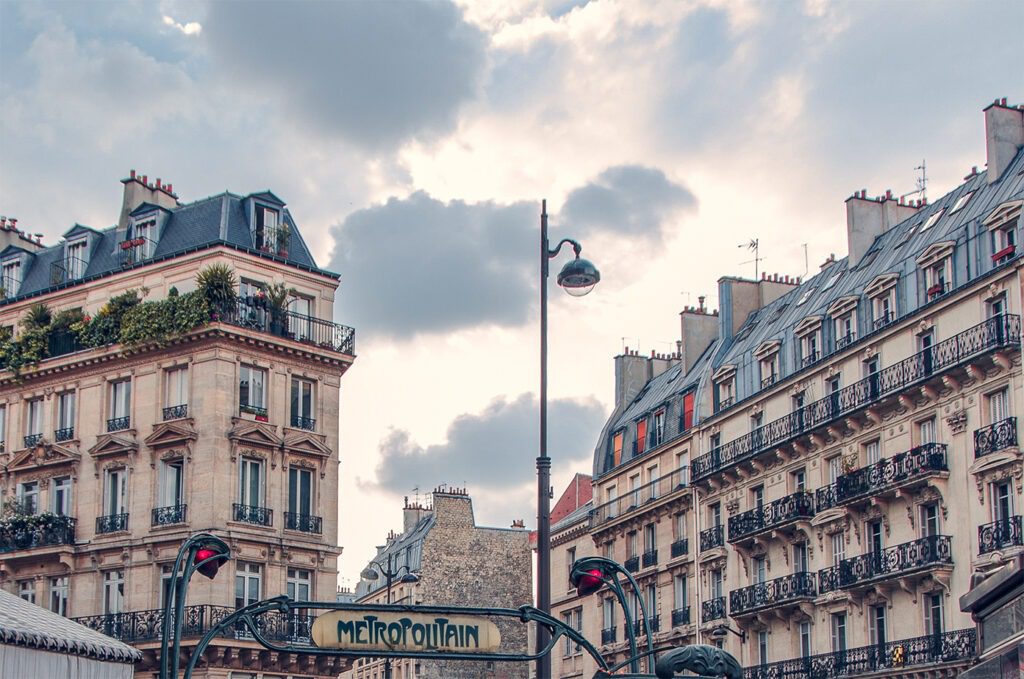 #2 The Louvre is the world’s biggest art museum

The Louvre is the world’s largest art gallery and museum, it has over 38,000 pieces of art within its walls, including the most famous painting ever, Mona Lisa. In 2018, 10.8 million visitors passed through the doors of The Louvre, making it the most visited gallery on planet earth!

Contrary to popular belief, the Eiffel Tower is actually not the most visited monument in Paris! The Eiffel Tower is ranked fourth among the most prized monuments in Paris. The cathedral Notre-Dame ranks first, followed by the Sacré-Coeur Basilica and the Louvre Museum. Be sure to visit them all when in Paris! 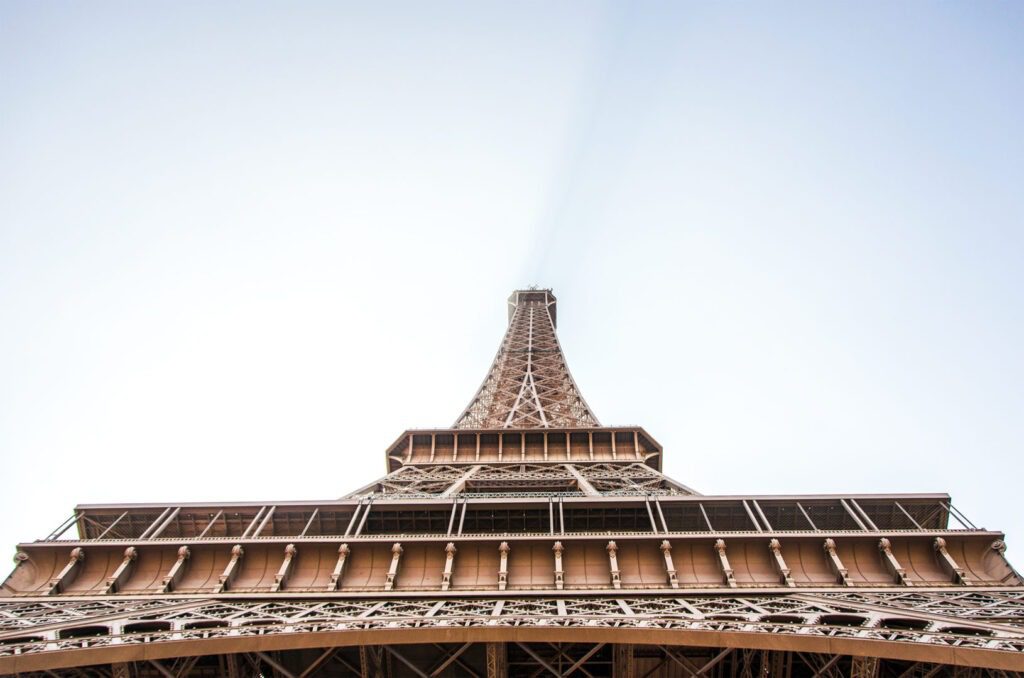 The most popular way that locals get around Paris is by their underground train system, around 5 million people per day use Paris Metro. After Moscow, it’s the busiest underground network in Europe. MEININGER TIP: Count your stations when using their metro  – who knows where you could end up otherwise, as Paris Metro system doesn’t announce their stops like most major cities.

#5 Did you know there is one dog for every 7 Parisians?

There are more than 300,000 dogs living in Paris. Dogs are truly man’s best friends, but Parisians are taking it to a whole other level. In Paris they are truly caring about their pets, spending nearly half a million dollars just to make sure their dogs are getting the best treatments, it’s not uncommon to see their owners treating them to a doggy spa session. In MEININGER we love doggies too, take them with you when traveling, they are more then welcome to stay at our hotels.

#6 French came up with the military “dress code”

Paris is the fashion capital, most of the famous fashion brands are French brands (Chanel, Louis Vuitton, Dior, Jacquemus, you name it). Of course they were the ones which came up with the military clothes too. Camouflage clothing in the military was first used by the French, the word “camouflage” roughly translates to “make up for the stage”.

#7 First “Bloody Mary” was made in Paris

The famous “Bloody Mary” cocktail was invented in Paris at the Ritz Hotel. Legend says that this popular cocktail was made for the famous novelist Ernest Hemingway! Hemingway requested for a drink that didn’t smell like alcohol, so he was given vodka mixed with tomato juice.

The French army is the only one in Europe that still has carrier pigeons in its ranks. They are kept at the Mont Valérien close to Paris, these pigeons can be used to carry out transmissions in case of a major catastrophe.

One of the weirdest facts about Paris. This condition is most frequent among Japanese visitors. The Japanese media often describes Paris as the most romantic destination in the world and place model looking people all dressed up on the streets of Paris which gives Japanese a slightly wrong perception of Paris. So, usually when they arrive they are super disappointed because the city can’t live up to their unrealistic expectations. 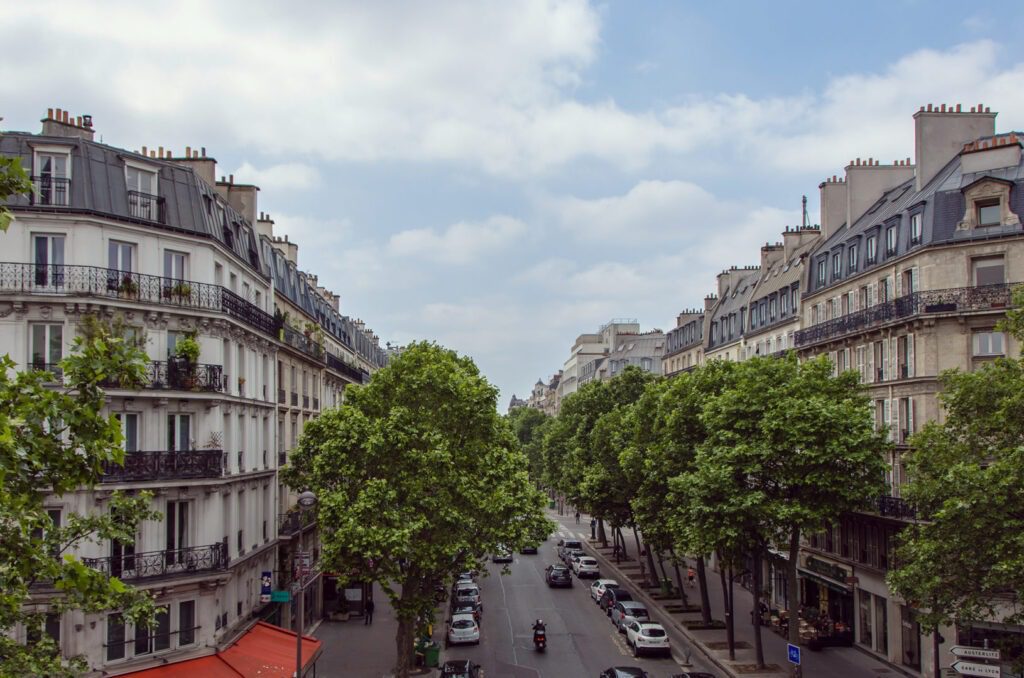 Looking for a family hotel in Paris? Our hotel is located near city center which gives our guests access to the entire city with ease via excellent public transport connections.

Located in the 12th arrondissement right by the Porte de Vincennes Metro station on Line 1, the MEININGER Hotel Paris Porte de Vincennes enjoys the best transport connections to the landmarks of the French capital. You can get to the Louvre, Eiffel Tower, Notre Dame and Champs-Elysées using public transport quickly and without hassle.