Best Galleries in Berlin: 8 Galleries Every Art and Photography Fan Needs to Visit

Berlin is very famous for its art and culture scene. As such, the German capital is a veritable Mecca for all art fans. The only question is where to start. To help you out, here is a list of 8 best galleries in Berlin.

The Alte Nationalgalerie is the centrepiece among the Berlin art museums. Its building, which is steeped in history, stands out prominently from the Museum Island where it is situated in the heart of Berlin. It opened its doors in 1876 and houses an extensive collection of works dating from the French Revolution up until the First World War, spread over three floors.

We strongly recommend that you allow sufficient time for your visit, as you could easily spend an entire day in the Alte Nationalgalerie. It’s also a good idea to get hold of an audio guide which will tell you all the most interesting facts about the paintings. 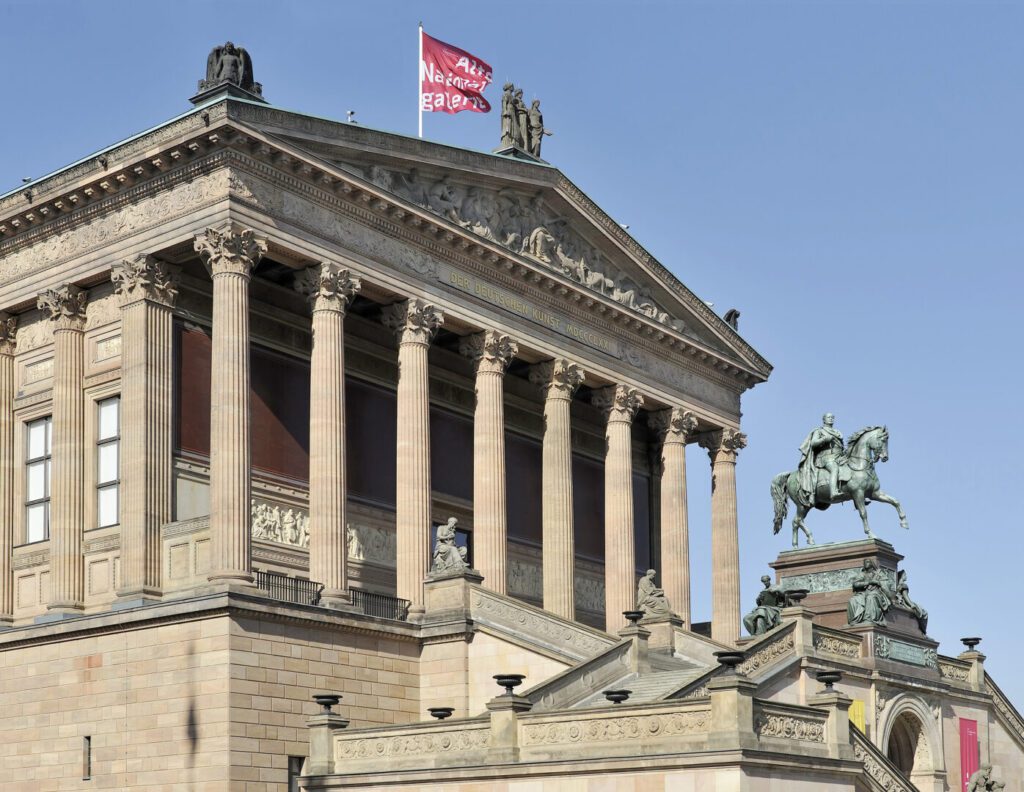 The Gropius Bau hosts rotating exhibitions of modern and contemporary art, as well as archaeology and cultural history. The building itself has experienced the history of Berlin first hand. Opened as an art and crafts museum in 1881, the building was bombed during the Second World War and was almost completely destroyed. But the Bauhaus founder Martin Gropius made a case for it to be rebuilt, and it celebrated its re-inauguration in 1981. Today, it’s hard to imagine the Berlin art scene without the Gropius Bau art gallery. 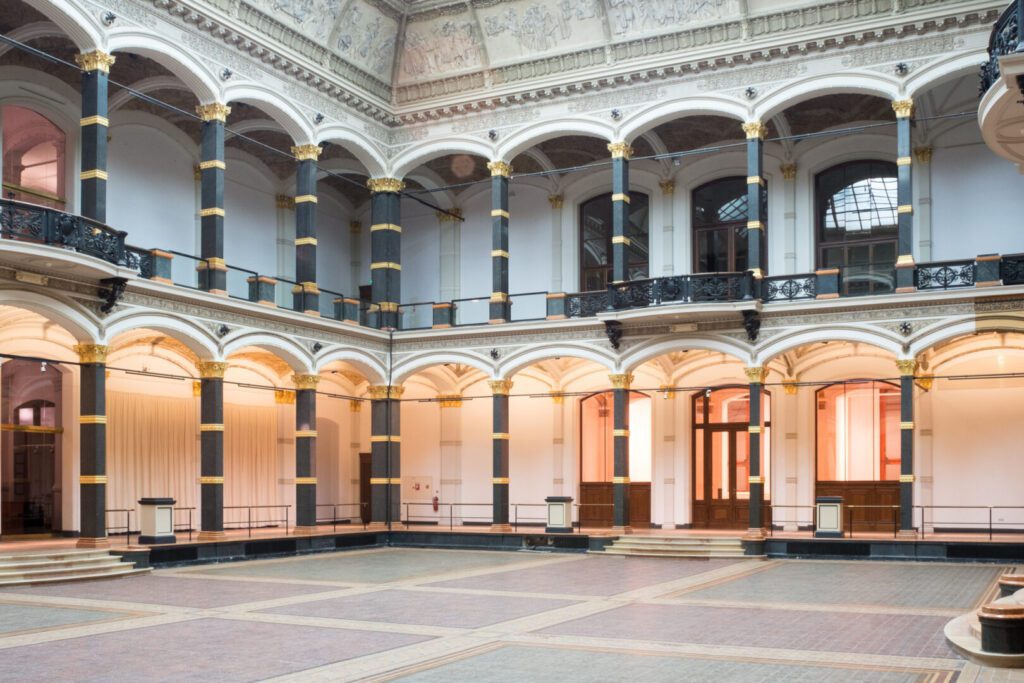 The Scharf-Gerstenberg Collection forms part of the Alte Nationalgalerie and can be found in Charlottenburg. Artworks dating from the 18th century up to and including Max Ernst’s surrealism are on display here. Its wide array of works means it’s definitely worth a visit. 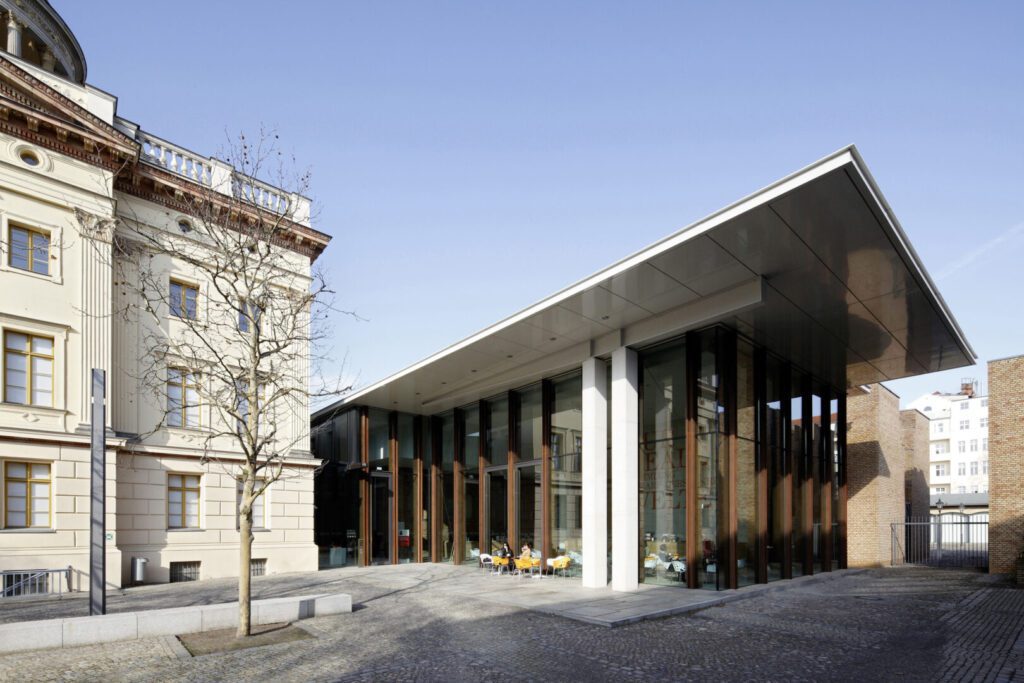 There is a permanent exhibition featuring 250 artworks which were produced in Berlin between 1880 and 1980. What is special about it, is that the exhibition is fully accessible. Blind people can also learn about the exhibits thanks to an inclusive app.

#5 Boros Exhibition in the Bunker

Certainly one of the most unusual art venues in Berlin is the Boros Collection, which is placed in a wartime bunker. It was built as an air-raid shelter for civilians in 1942, but was occupied by the Red Army and used as a prisoner-of-war camp. Later, in the 1990s, the bunker was converted into a techno club. Since 2003 it has been owned by Christian Boros, who has been using the location since 2007 as an exhibition space for his private art collection following renovation work.

Since the bunker can only be visited in small groups for safety reasons, it’s advisable to book in advance for the one and a half hour long guided tour. That way, you’ll be guaranteed a truly unique art experience.

Our recommendation for photographic exhibitions in Berlin is the Museum of Photography. The lower floors host exhibitions of Helmut Newton’s greatest works, whilst on the upper floors you can view the Berlin Art Library’s photographic collection.

Camera Work in Charlottenburg, was founded in 1997 and since then it has become one of the world’s leading galleries. It regularly hosts photographic exhibitions of the great masters. These include, for example, Michelangelo Di Battista, Nick Brandt, Patrick Demarcheier, Martin Schoeller and Ellen von Unwerth. 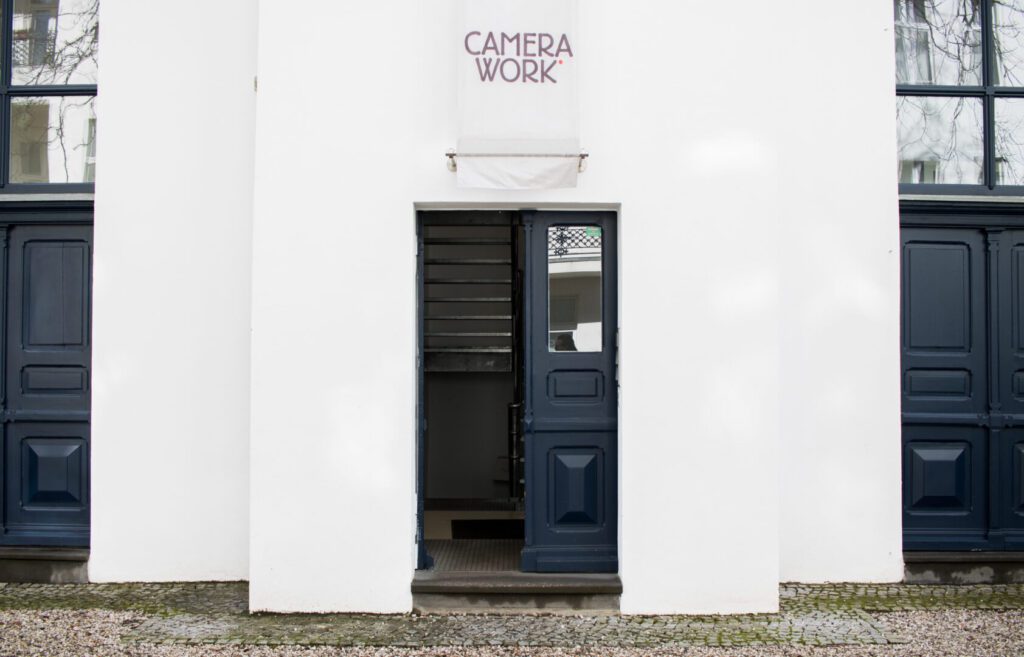 C|O Berlin has long been a name for an exhibition center for photography and visual media. It holds up to 12 different solo and group exhibitions every year. Renowned international photographers such as Peter Lindbergh and Annie Leibovitz are also regularly featured.

Looking for a family hotel in Berlin? Our hotels are located near the city center which gives our guests access to the entire city with ease via excellent public transport connections.