5 Must-Eat Dutch food for your Stay in Amsterdam

Most visitors to Amsterdam know very little about Dutch food before they arrive. Depending on where they’re from, they may have tried some rubbery imitation Gouda or Edam cheese, or they might be under the illusion that everyone eats hash brownies for breakfast. Luckily, neither of these are the reality. And while Dutch food is still pretty undiscovered internationally, this only makes it more of an adventure for the first time visitor to try it… So if you’re coming to Amsterdam, here are 5 foods you simply can’t leave without trying.

Dutch foods to try in Amsterdam

Let’s start with dessert. Or rather, a sweet snack you can find an excuse for at any time of the day. Stroopwafel literally means “syrup waffle” and is essentially a spiced wafer, split in half and sandwiched with a layer of caramel. You may have had them abroad in Starbucks, but you probably haven’t had one fresh from the waffle press, the caramel still warm and oozing out of the sides. You can find them at Lanskroon bakery on the Singel canal, or at various market stalls (the one in the photo comes from Wonder Waffle on the Lindengracht market). They’re far superior to their plastic-packaged, mass-produced cousins, and are the perfect mid-afternoon pick-me-up. 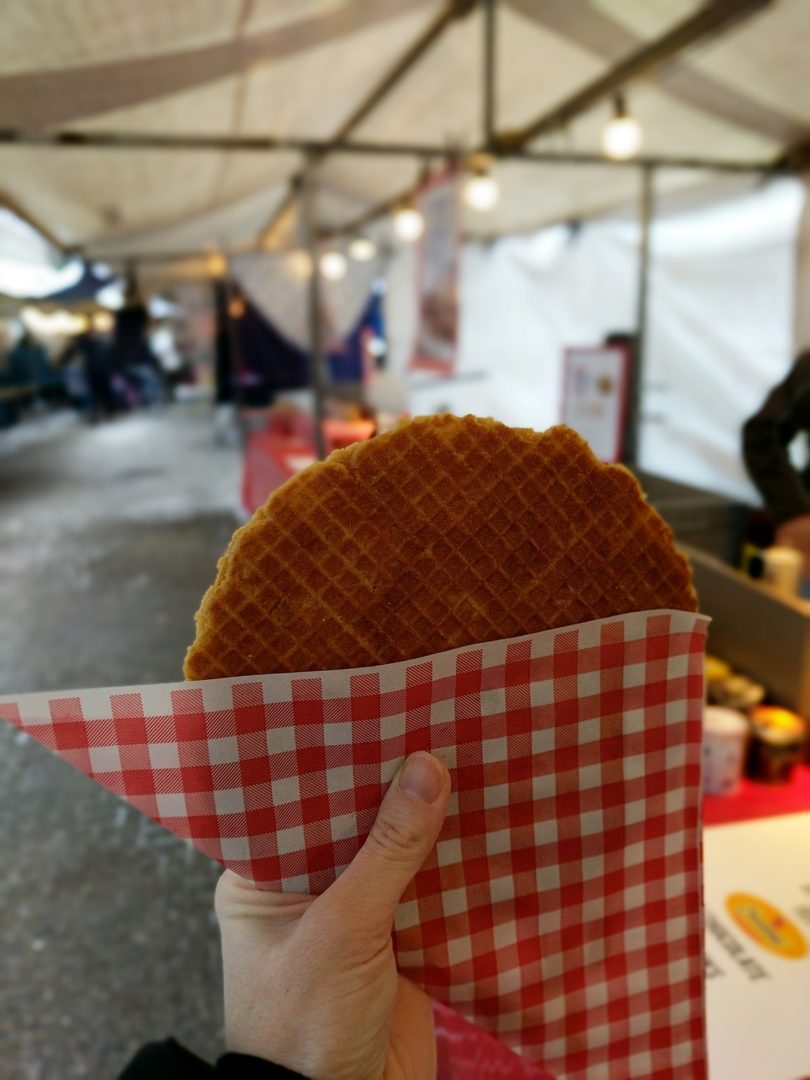 Searingly hot in the middle, bitterballen are best enjoyed with a beer – not least because it’ll cool your mouth off in between bites. Bitterballen are hard to describe because their recipe is rather mysterious: think beef croquette but then spherical. The breadcrumbs on the outside are deep-fried to golden perfection, while the mushy, beefy inside heats up to nuclear temperatures. It’s best to let them cool down for 5 minutes before dipping one in mustard and popping it in your mouth. Almost every brown café serves these popular beer snacks, so you’ll have no problem finding them! 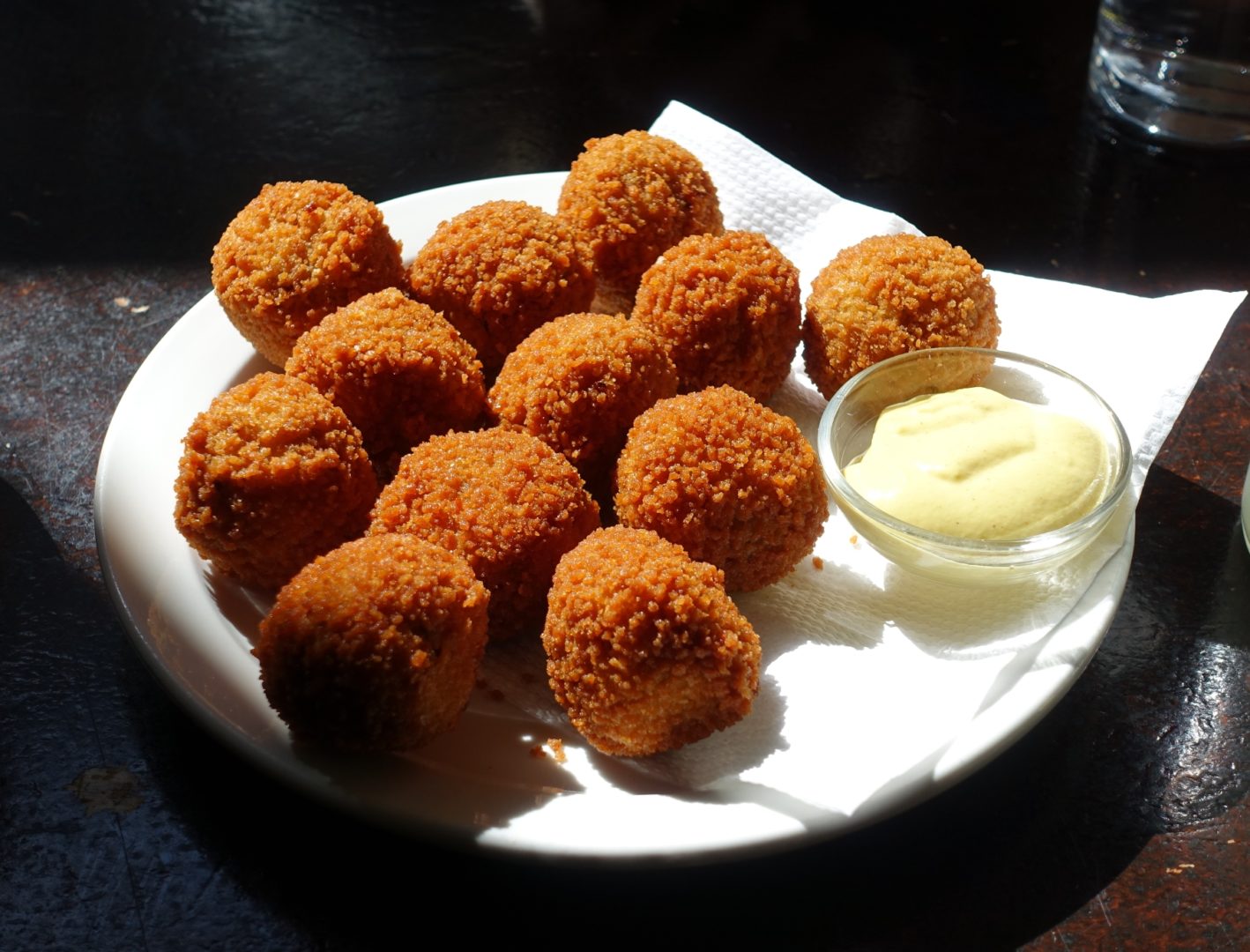 For some reason, the Dutch seem to keep all their best cheese in the Netherlands, and only export the very worst examples. For this reason, it’s not until you come to Holland that you will try real-deal Gouda, matured for up to two years to give it that salty, grainy, almost crystalized texture that can resemble the best Parmigiano-Reggiano. If that’s a little strong for your taste, there are plenty of younger, more accessible versions available that are creamy and moreish – nothing like the plasticky stuff in the supermarkets back home. Again, the Dutch love their cheese dipped in mustard alongside a beer (do you see a theme here?!). 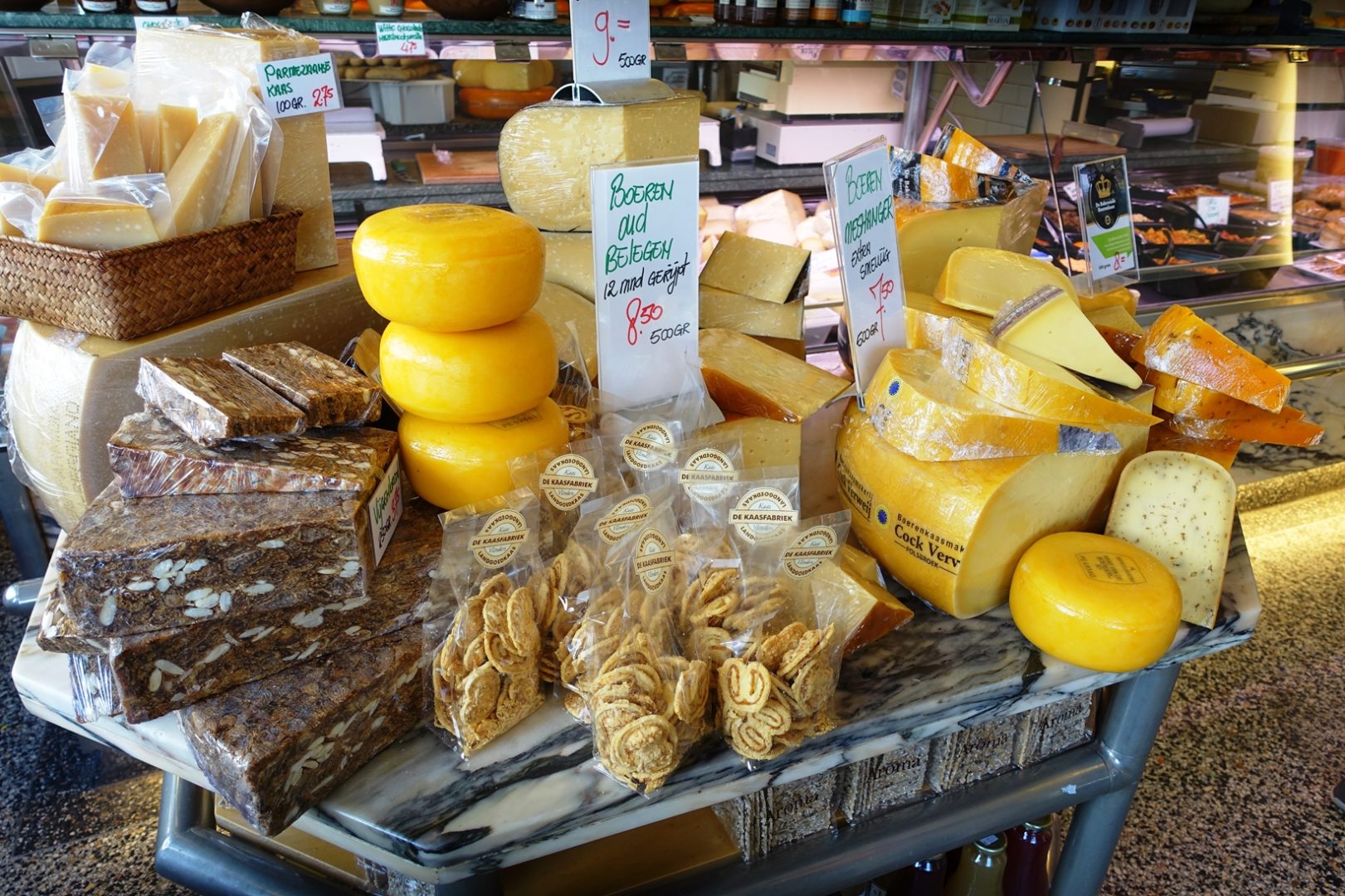 If you’re a fan of sashimi, you’ll love the raw herring that’s sold at fish stalls and fishmongers throughout the city. Dutch herring is brined, not pickled, so it doesn’t have that vinegary flavour you associate with rollmops or bismarck herring. And it’s not as salty as you’d think, either. The best time to eat herring is when the Hollandse Nieuwe (new herring) comes in from the North Sea – usually in early June – but it’s good any time of year. The Amsterdammers eat it with raw onions – first date food it is not! 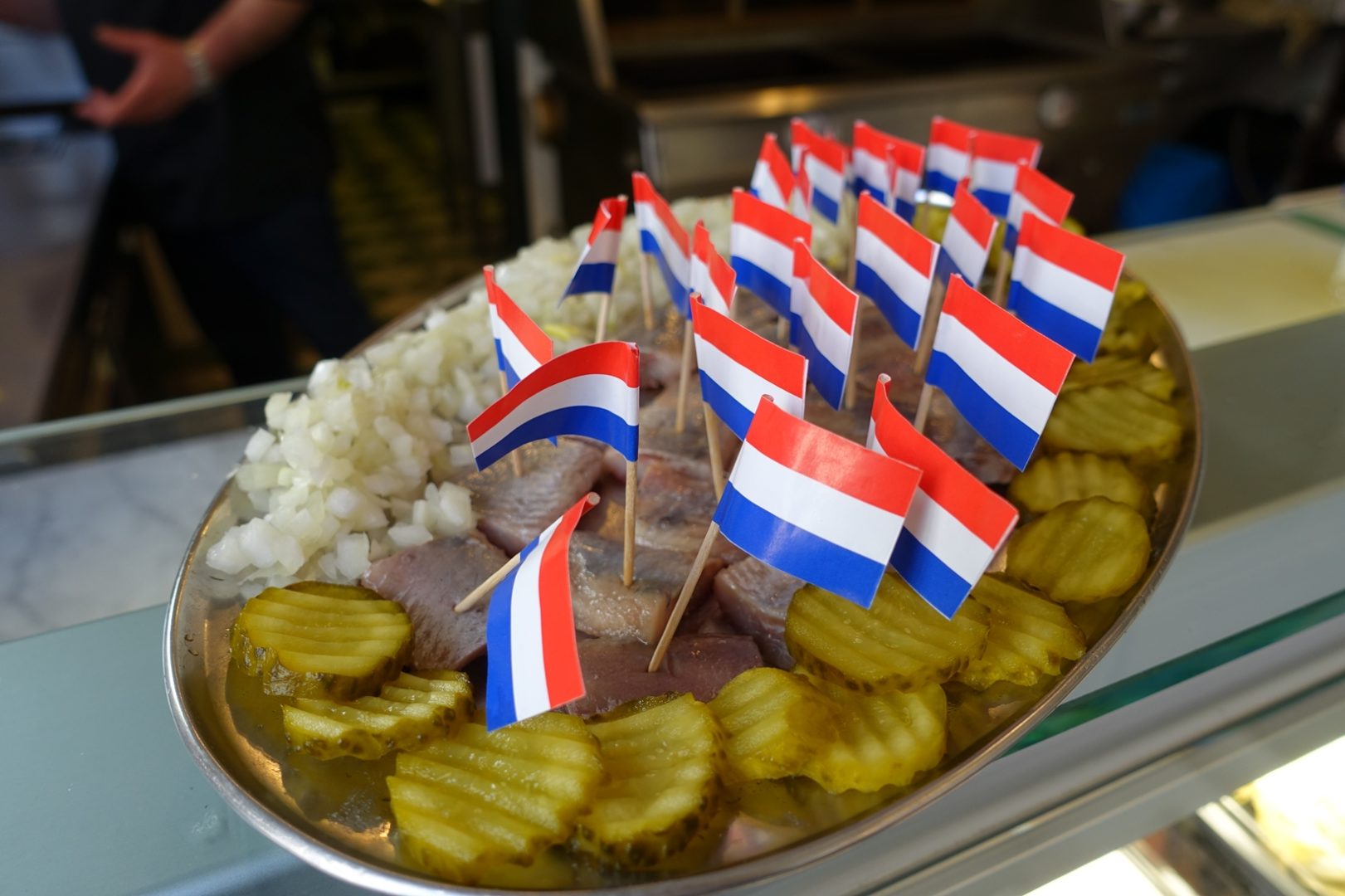 While this may not sound very Dutch, it’s a speciality you absolutely must try when in Amsterdam. Indonesia was a colony of the Netherlands for many years, which means the city has a high concentration of Indonesian restaurants serving up a so-called “rijsttafel”. Although it’s something of a Dutch invention (locals in Indonesia aren’t eating rijsttafels), it’s a great way to try lots of dishes in one meal. Literally translating as “rice table”, you’ll be presented with dozens of small dishes – ranging from mild to super-spicy – to eat with rice. As we say in Dutch, eet smakelijk! 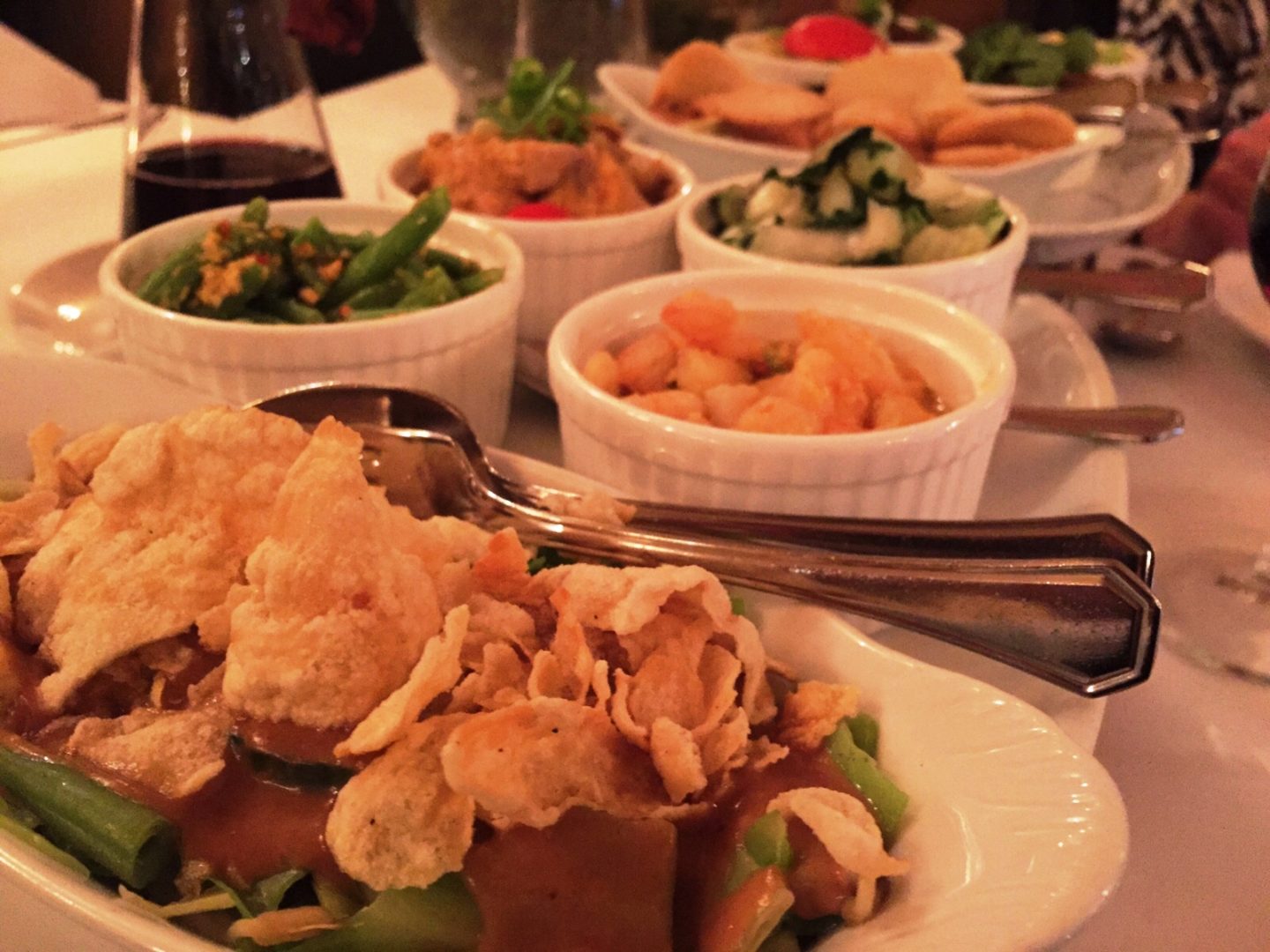 Here you can find your cheap accommodation in Amsterdam.