Feel the rhythm of Hamburg

Hamburg has thrilled visitors for centuries as an international music metropolis. Follow us on a journey into the local music scene of the Hanseatic city.

It is the summer of 1960, and the vibe in the Indra music club in Hamburg is uninspired. Five unknown young men from England are on stage. It is their first gig and the few guests who have strayed into the pub are not very impressed. None of them suspect that they are witnessing music history.

On that evening of the 17th of August, The Beatles gave their first concert. Instead of Ringo Star, the founding members Pete Best and Stuart Sutcliffe played alongside John Lennon, Paul McCartney and George Harrison. This first concert in Indra was the start of their two year stay in the Hanseatic city. The club’s owner, Bruno Koschmider, brought over the then still underage boys from Liverpool to Hamburg. He housed them in the Bambi Kino on the corner and fired them up every day before each performance, saying ‘Put on a show, Englishmen!’ Each band member earned thirty Marks per night.

The Beatles shared the stage with a stripper, because in the 1960s Hamburg was less about rock ’n’ roll and more about pubs and strip bars catering to sailors. The working conditions on the Reeperbahn were tough. On the weekends they had to play for six hours, on weekdays for four, and the Bambi Kino only offered two tiny rooms without a window, shower or heater to the young men who would later become the ‘Fab Four’. Even back then, The Beatles put on a wild show and almost every night after the performances the young Liverpudlians rampaged through the night streets of Hamburg. It was not unusual for them to appear drunk and exhausted at Indra for the next evening’s concert. Nowadays, the Beatles-Platz, which opened in 2008 in St. Pauli, pays tribute to the early days of the legendary band in Hamburg. The Reeperbahn, still Hamburg’s notorious entertainment district, was formative not only for the sound of the young Beatles. As John Lennon later said, ‘I grew up in Liverpool, but I came of age in Hamburg’. 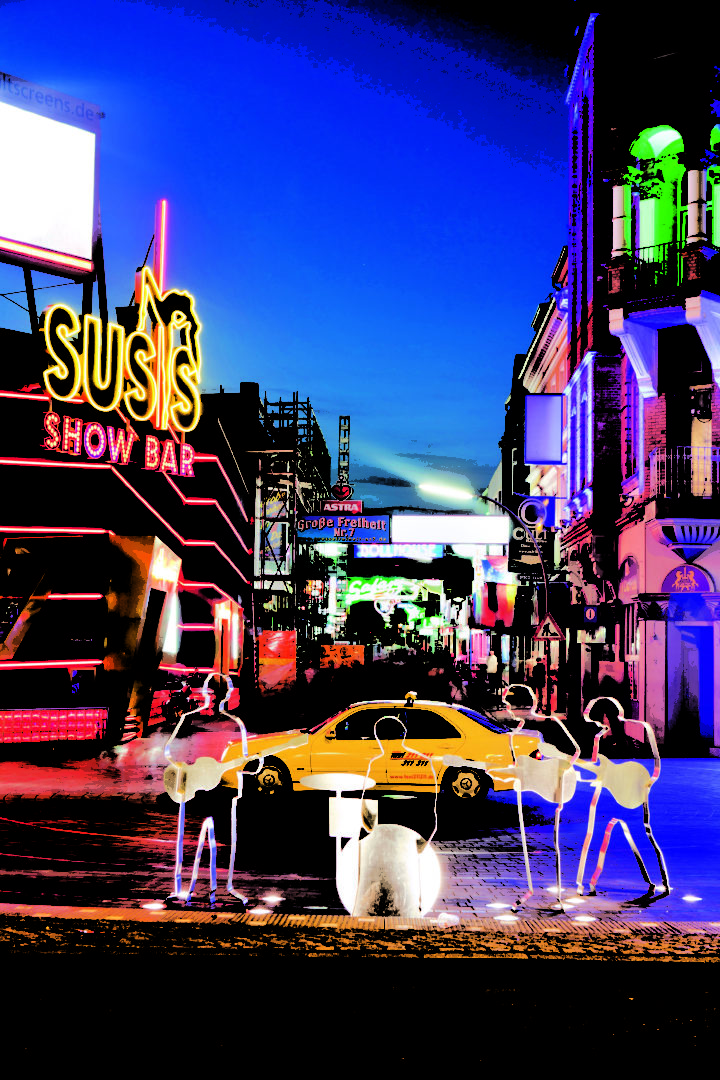 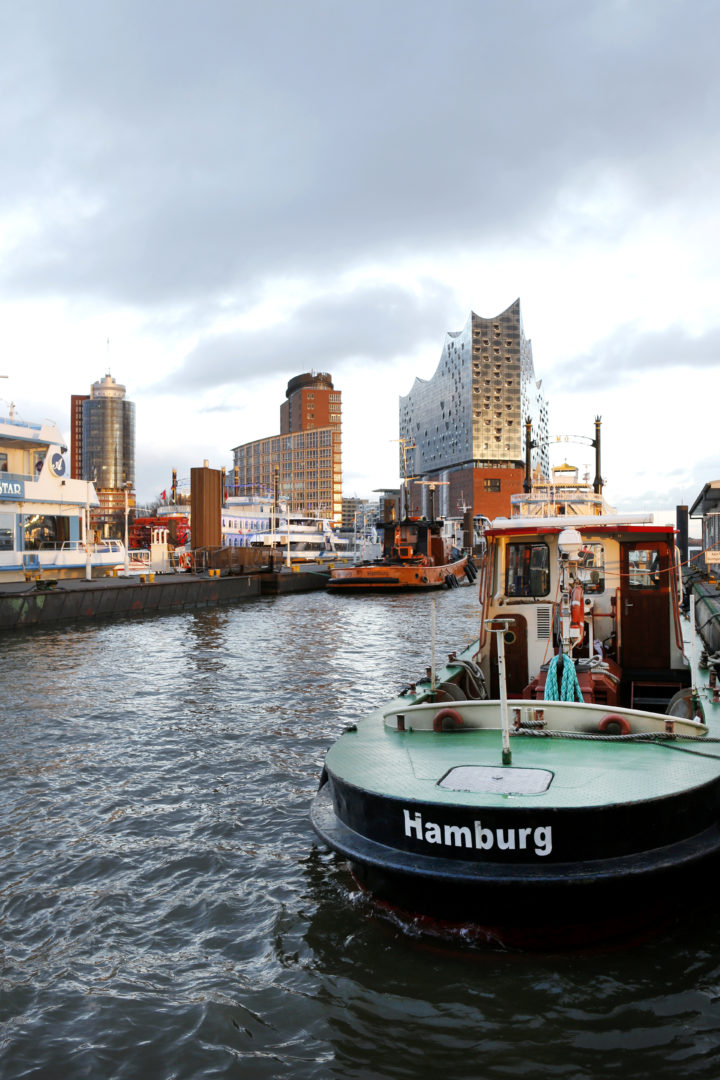 However, Hamburg’s attractiveness as a music metropolis didn’t begin with The Beatles. Rather, it dates back to the 17th Century, when in 1687 a precursor to today’s State Opera, the first civic theatre in Germany, was opened. Today, Hamburg’s composers receive their appraisal not far from the Michels in the so-called Composers’ Quarter in Peterstraße. The musical heart of the port city is, however, directly on the Elbe riverbank at its western tip: the Elbphilharmonie (the Elbe Philharmonic Hall). The breathtaking building will finally open its doors in January 2017 after a very long construction period. The large auditorium will accommodate over 2000 people, while the Kaistudio in the base of the structure will be a space for experimental music, lectures and workshops. This modern concert hall will enrich Hamburg’s music scene, just as the music centre Karostar on the outskirts of St. Pauli already does. The centre is supported by the city and houses various music labels, music publishers and booking agents, and as such it is the first stop for the local music industry.

Very close by is the almost legendary club Uebel & Gefählich on the fourth floor of a former air-raid shelter. It is not unusual to find yourself dancing all night long there. The club is divided into three areas and offers every musical style ranging from techno to 1920s jazz.

In keeping with this style, LOGO is another popular venue not far from the university. ‘Hamburg’s loudest sauna’ is just one of the nicknames for this more than 40-year-old rock club. Indeed, the music scene is booming in Hamburg just as it was in the 1960s, especially in St. Pauli. This is also evident in the annual Reeperbahn Festival, the largest club festival in Europe. Over 450 musicians meet at the end of September in local churches, strip clubs, bank branches and theatres, and the stars of tomorrow play music for four days. All of the 70 concert locations around the Reeperbahn can be reached by foot. As well as the concerts, various panels and workshops discussing the international challenges of the music industry are held as part of the festival. In the evening, music fans celebrate together in the same clubs on the Reeperbahn as The Beatles did over fifty years earlier.

You want to visit Hamburg? Then check out our hotel in Hamburg.

MEININGER Hotel Hamburg City Center is in the center of the city, right next to Altona train station. It is an affordable and comfortable hotel that allows our guests to visit the best attractions in Hamburg with great public transport connections.