No one knows if the summer is going to be warm and wonderful. But one thing is certain: it is going to be a colourful one. From June to September, the streets of cities from Madrid to London, New York to Hanoi, will be crowded with millions of people fighting for the acceptance and equal rights of LGBTQ (lesbian, gay, bisexual, transgender, queer) people. The internationally known gay pride demonstrations originate from the Stonewall Riots of 1969, when on Christopher Street in Greenwich Village, New York, homosexuals protested against arbitrary police brutality. Since then, the situation in many countries has eased considerably and now the gay prides have become colourful celebratory events. And they are not just for LGBTQ people, but for everyone who likes loud music, crazy costumes and lots of rainbow banners. On the Move presents three gay pride events on three continents.

The LGBTQ movement was founded in the Big Apple many years ago and ever since the city has been host to one of the biggest gay prides in the world. From the 21st to 28th June, New York has even more to offer: the party will be launched with the free stage spectacle entitled “The Rally”. Stars such as Lady Gaga have previously performed at this event, along with lots of famous US comedians and gay rights activists.

The absolute highlight is still the Pride Parade on 28th June that will make its way along the famous 5th Avenue. The parade also passes through Christopher Street and it all culminates in a big party in the Village.

Simultaneous to the parade is the PrideFest. This street party combines a variety of entertainment acts, delicious snacks and lots of fun for everyone – gay, lesbian or straight. The NYC Pride gives you seven joyful days of parties and is expected to attract around two million guests. But at the same time, it is a political happening, which the statement of the Pride Managing Director Chris Frederick confirms: “Acknowledging both local and worldwide community achievements and the need to continue the fight, the 2015 theme for Pride is ‘Complete The Dream’“. 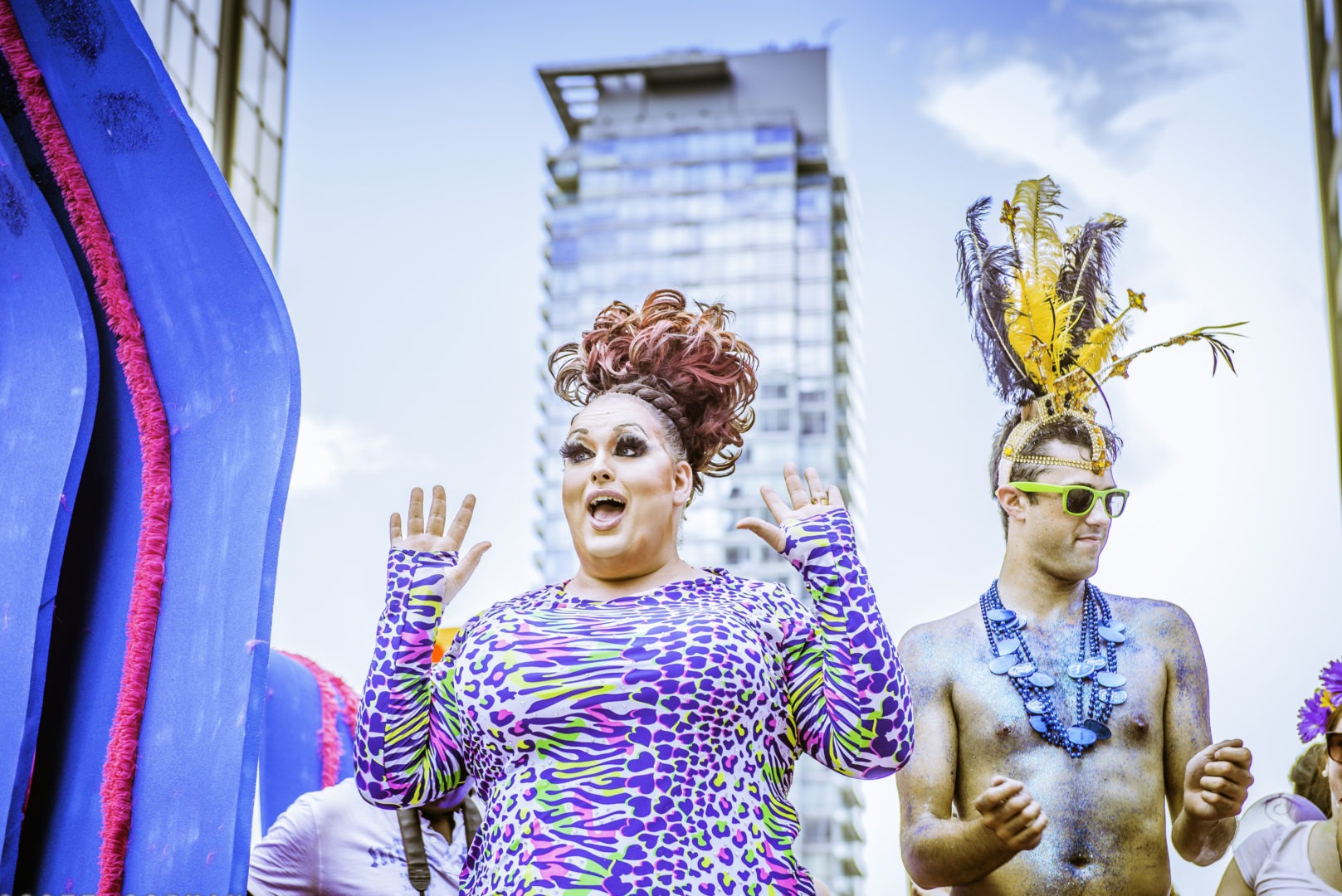 Unlike the mega events of New York and other big cities, the gay pride in the Vietnamese capitol of Hanoi is small and laidback. Taking a look at the Asian continent, it is clear that the LGBTQ movement here is much weaker than in the western hemisphere. The Tokyo Rainbow Pride in May and the ShanghaiPRIDE in June are exceptions to the general picture. This year, from 31st July to 2nd August, the Viet Pride will be celebrated for just the fourth time, mainly in Hanoi, but also featuring events in Saigon and other smaller towns. During the first two days, films from Southeast Asia and Latin America dealing with gay and lesbian themes will be shown in different venues. Contrasting the classic parades of Europe and North America, the Vietnamese prefer to parade riding their bikes. On the last day of the Pride, the Bicycle Rally will take place and mark the event’s highlight.

The organizers expect around 600 participants to attend the parade. And pedalling proudly along the streets of Hanoi, they will be voicing their motto: “We are queer, we are here”. 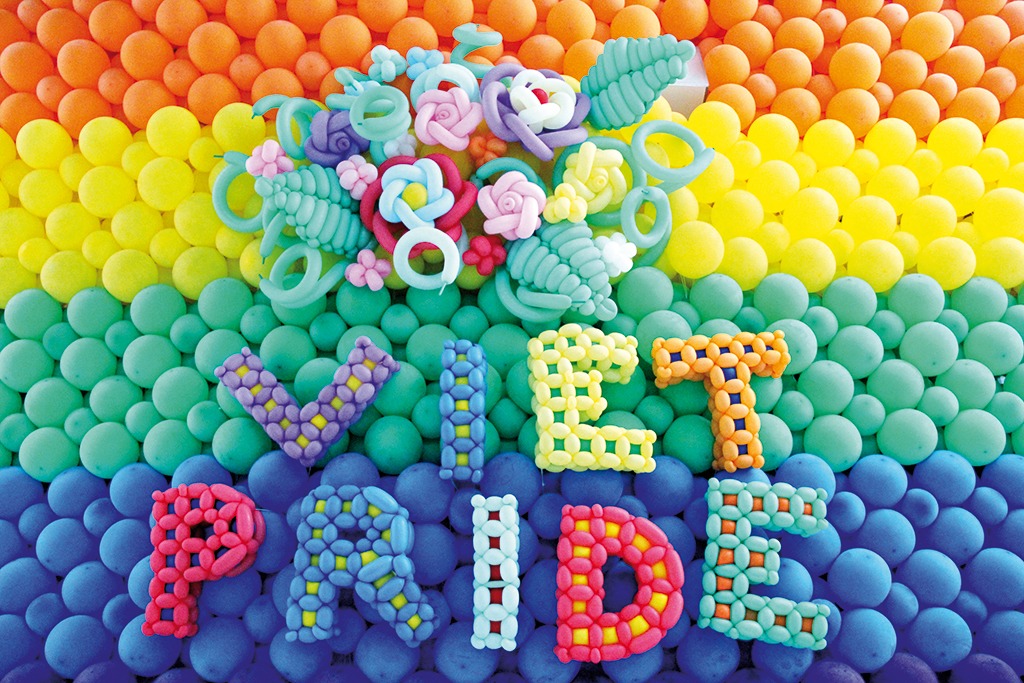 In German speaking countries, gay pride events are mainly known by the name “Christopher Street Day”. Consequently, the people of Berlin and elsewhere are talking about the CSD, which will be celebrated for the 37th time this year. Around 500,000 participants are expected, and the event aims to change German legislation to allow same-sex marriages completely, as has been done in various countries such as the Netherlands, Canada, South Africa, Spain and most recently Ireland. Generally speaking, the Pride Week starting on 15th June has an important political agenda and a list of demands has been developed. But don’t worry: during a week of more than 200 events around all Berlin, there will be no shortage of fun. It all kicks off with a colourful regatta in the core of the city on the 25th. Ten “Rainbow Boats” will take aboard some of the maddest members of Berlin’s legendary nightlife, and there’ll be plenty of space for others to join in on this traditional spectacle – if you make sure to get hold of a ticket (€ 29) before it’s too late. The highlight in Berlin will be the big CSD parade on 27th June. 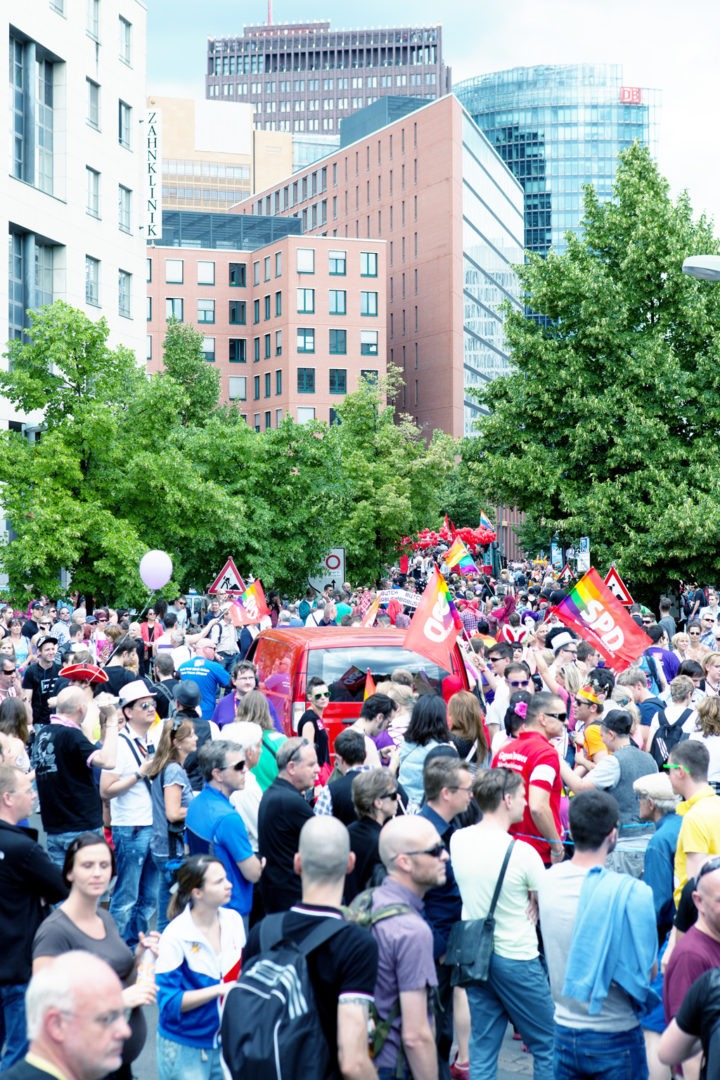 LGBTI* is a German abbreviation for lesbian, gay, bisexual, transsexual/transgender, intersexual; the asterisk represents people who are distinguished by characteristics that make them different to the majority of society, yet who reject the aforementioned categories.