Surfing our way from Cancún to Campeche

People who like to travel, and by travel I don’t mean going on a two-week, all-inclusive holiday in a luxury resort booked through the travel agent, I mean proper travel – discovering the world, feeling like Christopher Columbus, feeling the wind in your hair, communicating with your hands and feet, not knowing what to expectFind travel itineraries for Mexico. Visit the main sights and book local experiences in Mexico with our range of trip itineraries,and finding that quite thrilling, feeling lonely at times and being in the best company at other times, even when you don’t know one another, challenging yourself and being outside your own comfort zone. That’s the type of travel I’m talking about. For better or worse, people who like that kind of travel will have had to think about money at one time or another. Very few backpackers, if any, had careers in law prior to setting off and were able to afford to deposit a thousand euro into their savings accounts every month.

Most of us have had odd jobs but haven’t yet found our place in the world. This means it’s rather unlikely that everyone is embarking on their travels with a few thousand euro in their pockets. It’s much more realistic to look at us as bargain hunters who try to make the most out of our tiny budgets. Work & Travel programmes are a great option, however, these programmes aren’t available in every country. In Mexico, for example, it’s illegal to earn money on a tourist visa. There is a loophole though: Working for food and board always remains an option and this way, you can meet ‘volunteers’ time and again, especially at backpacker hostels. Every other visa that is required for working, such as the FMT 2 visa, is only provided after submitting an application and staying in Mexico for several months. So, the question is: What do you do if food and board are affordable, but your budget is running out? 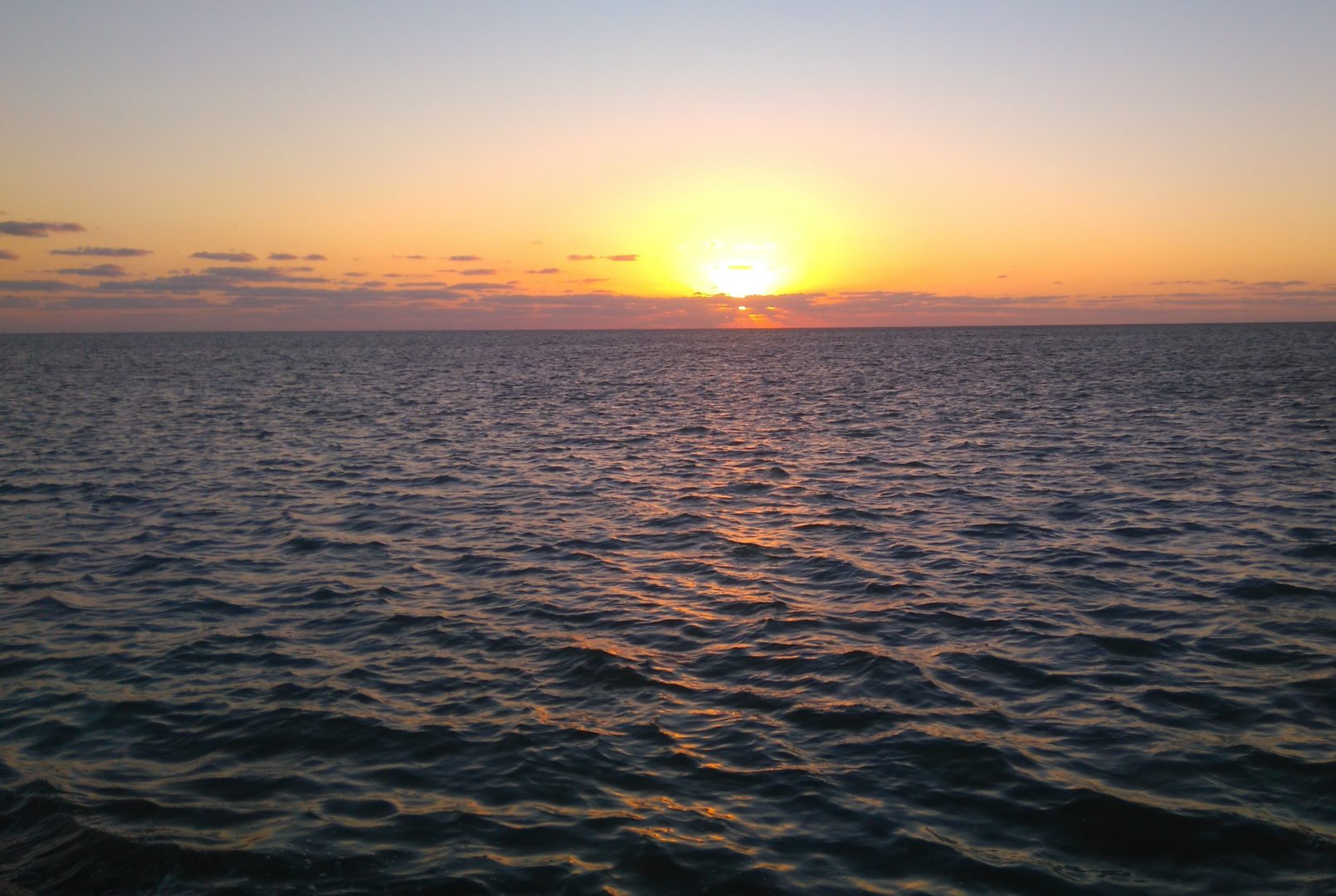 Although we’re travelling through America with a tent and air mattresses, not every backpacker is equipped with this camping gear. Furthermore, camping in the wild is not always possible and camp sites are not always a given in many parts of the continent. We found ourselves in this quandary time and again and we were upset with the amount of money we were spending ‘in our sleep’. We spent hours comparing sites like Airbnb, Booking.com and Hostelworld, trying to find the least expensive beds in the city. It really made us stop and think. It had to be possible to somehow bypass this money-gobbling necessity of sleeping. This is how we came across couchsurfing. It’s not that we hadn’t heard about it before – the community is quite large and you can find offers all over the world – but somehow it hadn’t been on our radar. Some people might ask: Do couchsurfing and Mexico really go together? Isn’t it much too dangerous? These are exactly the same questions we had to ask ourselves a few months ago when many people expressed concern and questioned our plans to backpack through Mexico. It’s no secret that in the media, topics that stir up emotions make the most headlines. The fact that the peninsula in the south-east of the country is completely safe and free of drug scandals is unlikely to make any headlines. We have never felt unsafe here over the past few weeks. In fact, it’s quite the opposite. We were welcomed with open arms and an unbelievable amount of hospitality. That’s why we’re not surprised that hitchhiking and couchsurfing are considered completely normal here.

Our first couchsurfing experience was in Cancún. We found ourselves up in the small city district of Bonfil, far away from the tourist hustle and bustle. It’s a small, cheerful, typically Mexican district close to the airport. Still, it only took us about 20 minutes to get into the city centre and we were able to fill up on delicious local snacks whenever we wanted. That’s something we definitely wouldn’t have had in any of the touristy areas. We ended up with a gay Mexican couple who had just moved and were living there with two other friends. We slept on our air mattresses in the living room, and we always had access to the kitchen and bathroom. Our hosts even cooked for us once or twice. On the first two nights, we shared our space with two Argentinian travellers who were also on a tour through Mexico. We all sat on the floor, Emilio played the guitar and we passed around Mate Tea. We exchanged stories about travelling, became a bit more familiar with each other’s culture and had an unforgettable time.

After such a fantastic first couchsurfing experience, we were hungry for more. We found our next couch at our next stop: Merida. This time, we had our own room with an en suite! We were thrilled and could hardly believe our good fortune. The accommodation was nicer than everywhere we had previously paid for and the whole thing didn’t cost a penny! Unfortunately, we didn’t really click with our host in the same way as the last time, so we weren’t all that surprised when the mother of the host suddenly announced she would be visiting and we had to move out, even if it came at rather short notice. So we quickly packed our things and wrote countless message on the website asking if anyone had space for us for the night.

Two hours later, we were on our way to Christian’s place. Christian was a Mexican-American who grew up in Mexico City and was now in the process of moving from Merida to Medellin, Colombia. He was very spontaneous and took us in for the rest of our time there. Here again we were very surprised to get our very own room. Our previous ideas about couchsurfing had been very different. We hadn’t expected it to be so normal to be provided with a proper room and a bed. Our location in Merida was once again not in the historic centre of the city, but rather in a middle-class residential district. However, it was much more central than the previous two apartments. What we find most interesting is seeing how strangers live in their own four walls, how they decorate their homes, what they keep in their fridges, whether they are messy or tidy, whether they are home a lot or on the road and of course, the stories they have to tell. This gives you unique insight into the lives of other people. It’s exciting and at the same time, completely free. What makes people rent out their spare rooms for nothing? We ask ourselves this question all the time. Is it just about the experience and coming together with other like-minded people? After all, all of our hosts so far have been travel enthusiasts themselves. Maybe it has something to do with the hosts knowing that they’ll have a place to sleep when they’re travelling the world and visiting their couchsurfing guests. 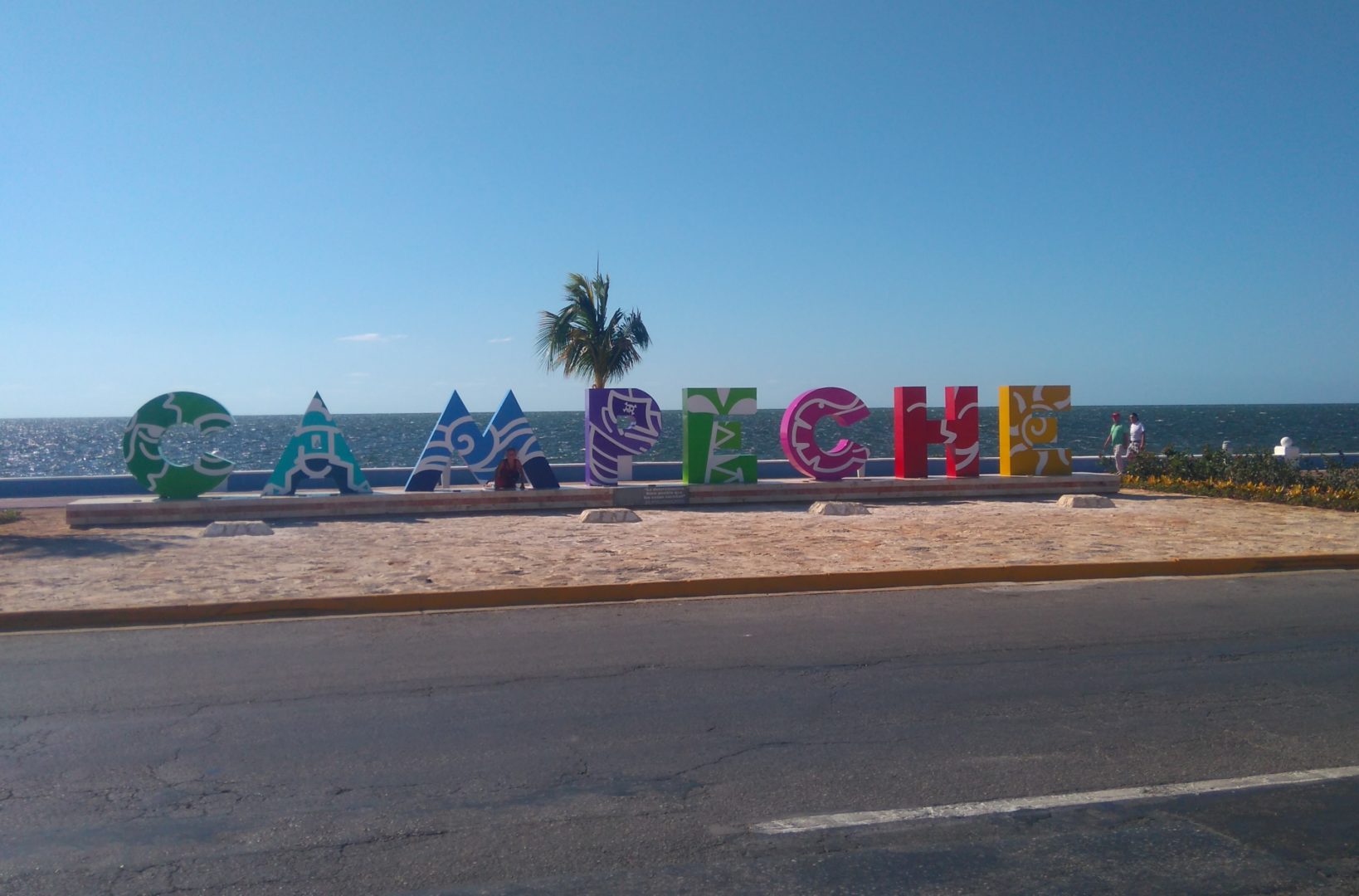 After three nights at Christian’s, we finally made our way to Campeche. Romina, an experienced host and a former couchsurfer herself, had agreed to take us in. We were curious and left with a good feeling in our hearts. This time, everything would be easy and straightforward. Romina had suggested picking us up at the bus station. The last times, we had spent hours finding the right house. It’s worth pointing out that house numbers and street names are quite a challenge for everyone in Mexico, including taxi drivers, as we had to find out for ourselves. However, Romina was well aware of this problem, considering how many backpackers she has already hosted. She picked us up, we quickly dropped the luggage off at home and then we all continued on to one of her favourite restaurants. We were all hungry and looking forward to getting to know each other better during the meal. She soon suggested that we accompany her and her friends to a baseball game that night. Baseball is by far the most popular sport in Mexico and the stadiums are usually sold out. The annoying thing here was that the ticket booth was still closed, Romina had to return to work and we had to prepare ourselves for a long wait. We agreed to meet at 7:30 pm outside the stadium later that evening. We were full of anticipation, as there was free entry for women that day. We spent the rest of the day exploring the old town of Campeche and met Romina and her friends on time at our meeting point. 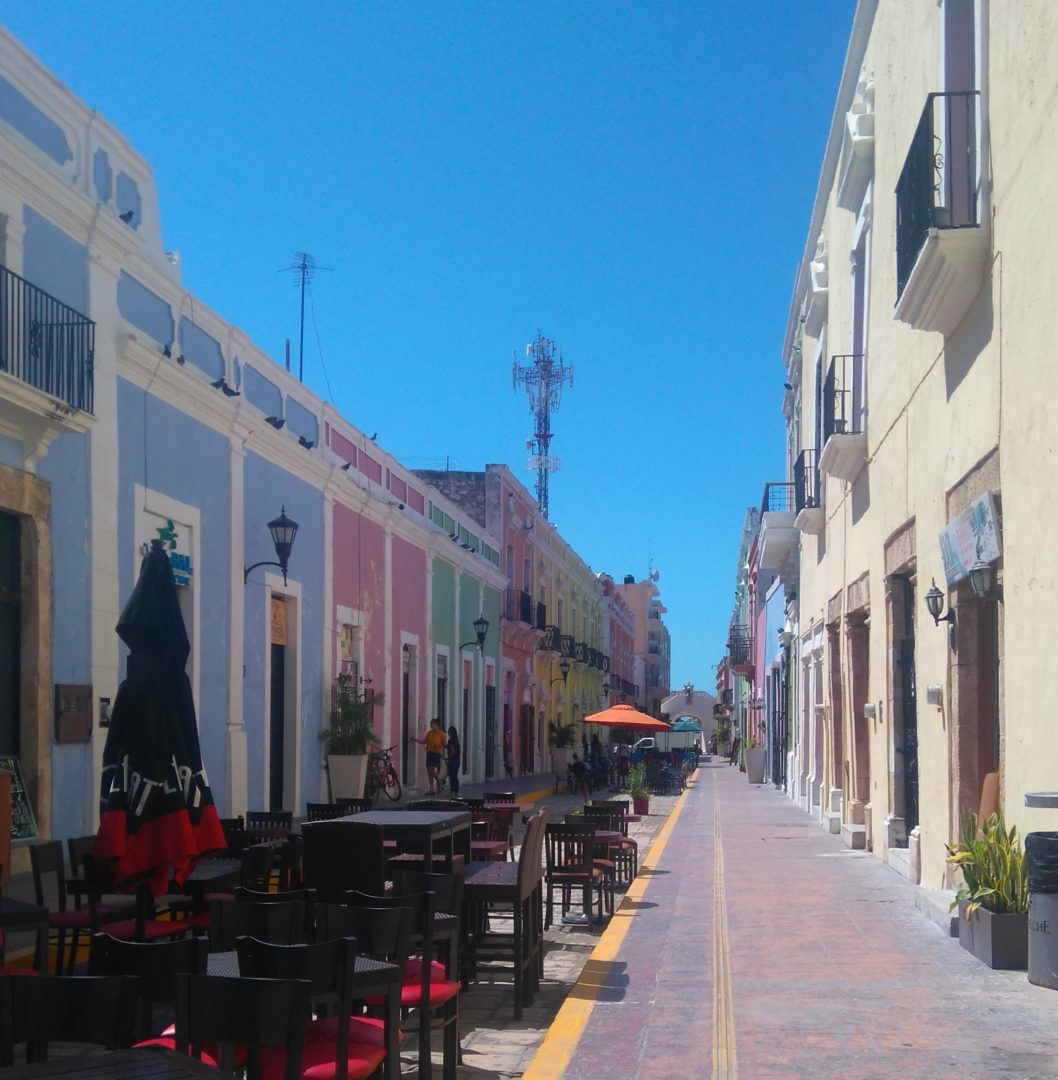 It was nice to be welcomed and integrated immediately. It allowed us to become even more familiar with the foreign culture and gain insight into the everyday lives of other people. However, when we found out that the tickets were not free after all and the price didn’t quite fit with our backpacker budget, we decided to spend a quiet evening at home. We met Romina’s friends again when they all came to the house to watch Game of Thrones on Sunday and of course, we always enjoyed chatting with our host. We were delighted to have found such a winner. She was by far the best host we had: open, chatty and really likeable. Her two dogs also captured our hearts immediately.

We felt welcome from the first day. We had asked ourselves who we might meet during our journey, what awaits us, who would host us and whose life might we get to know a little bit better thanks to couchsurfing. All of this was unknown, but this uncertainty was part of our journey. You have to be spontaneous, open and flexible. Those who are prejudiced and walk around with blinders on miss out on life.