Once upon a time there was a young royal couple in Bavaria: the crown prince Ludwig – later known as King Ludwig I – and his fiancée Therese von Sachsen-Hildburghausen were to be married on 12th October 1810. Such an event called for a genuine celebration. And since the royalty wanted to thank its subjects for their endurance during the hardships of the previous wartime, the wedding was arranged as a five-day festival for the people. Children in traditional Bavarian folk costumes celebrated the newlyweds with poems and flowers. In honour of the bride, the festival ground was named “Theresienwiese” and on the 17th October the celebration was concluded with a horse race.

The site of the festival still bears the name Theresienwiese and the people of Munich colloquially refer to it as “die Wiesn”. The event was a big success among the citizens and it was therefore decided to repeat the festival at the same time the following year. As time passed, the annual Oktoberfest grew more and more popular. Towards the end of the 19th century, different kinds of entertainment were added and finally the breweries joined in to form the festival as we know it today. The division of the Oktoberfest into the “Wirtsbudenstraße”, where you will find the party tents, and “Schaustellerstraße”, where the fairground is located, can also be dated back to these inaugural years.

With roughly six million visitors every year, the Oktoberfest is the largest folk festival in the world. It has managed to sustain its original charm, and this is not exclusively caused by the mandatory Bavarian folk costumes.

Regarding the outfit: How to tie the bow of your dirndl

The bow of the dirndl reveals more than you might expect. The location of the bow conveys a secret code that you must know in order to avoid sending the wrong message. To the left means that the wearer is single. If the bow is worn on the right, the woman is married… or “excused”, as they say. Tied in the middle signals that the wearer is a virgin and on the back indicates that she is a widow. 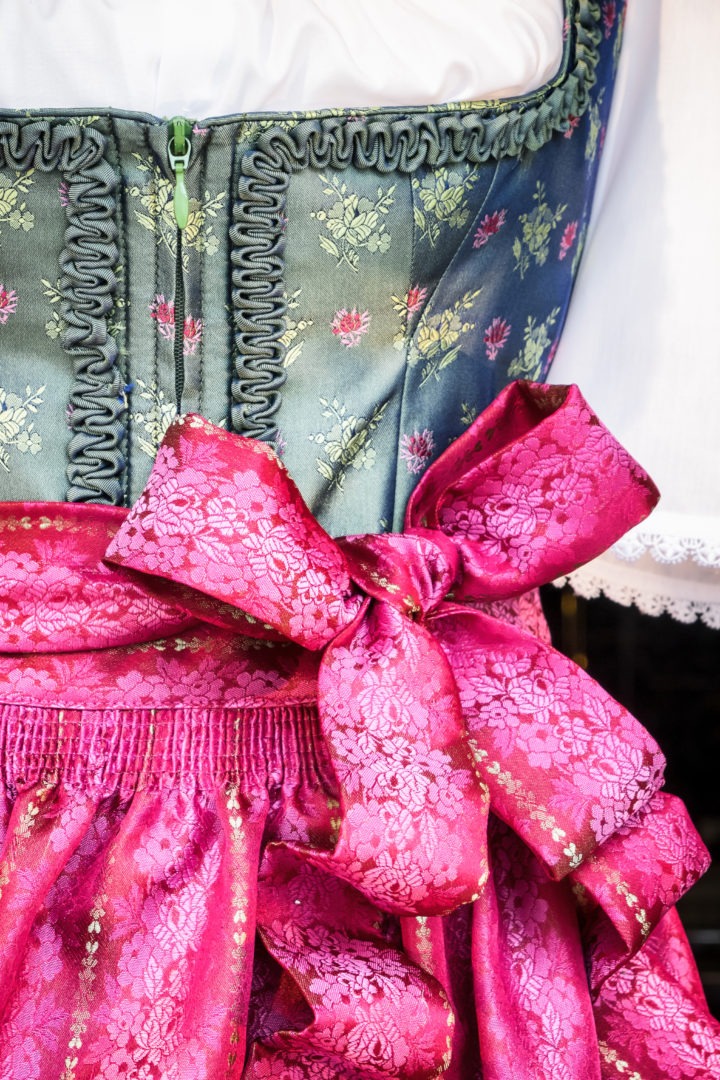 On 19th September 2015 at exactly 12 am, it will once again be time for the call of “O’zapft is“ (“It has been tapped”) and the official opening of the 182nd Oktoberfest. The tents will be open to the public from 9 am, but no beer is served until the Mayor of Munich has performed the first ritual tapping in the Schottenhammel tent. In the hours before, the hosts of the Wiesn will gradually populate the grounds of the Oktoberfest as they arrive on festively decorated horse-drawn carriages.

It’s hard to believe, but many taverns anticipate Oktoberfest more zealously than the Christmas season. To the locals, the Wiesn is much more than a huge convivial beer feast. Most of all, the people of Munich cherish the traditional details of Oktoberfest. The fairground offers around 200 rides with everything from fierce adrenaline rushes powered by modern technology to plenty of nostalgic attractions. Some of the participating families managing the individual rides have been represented at the Oktoberfest since the beginning of the 20th century. 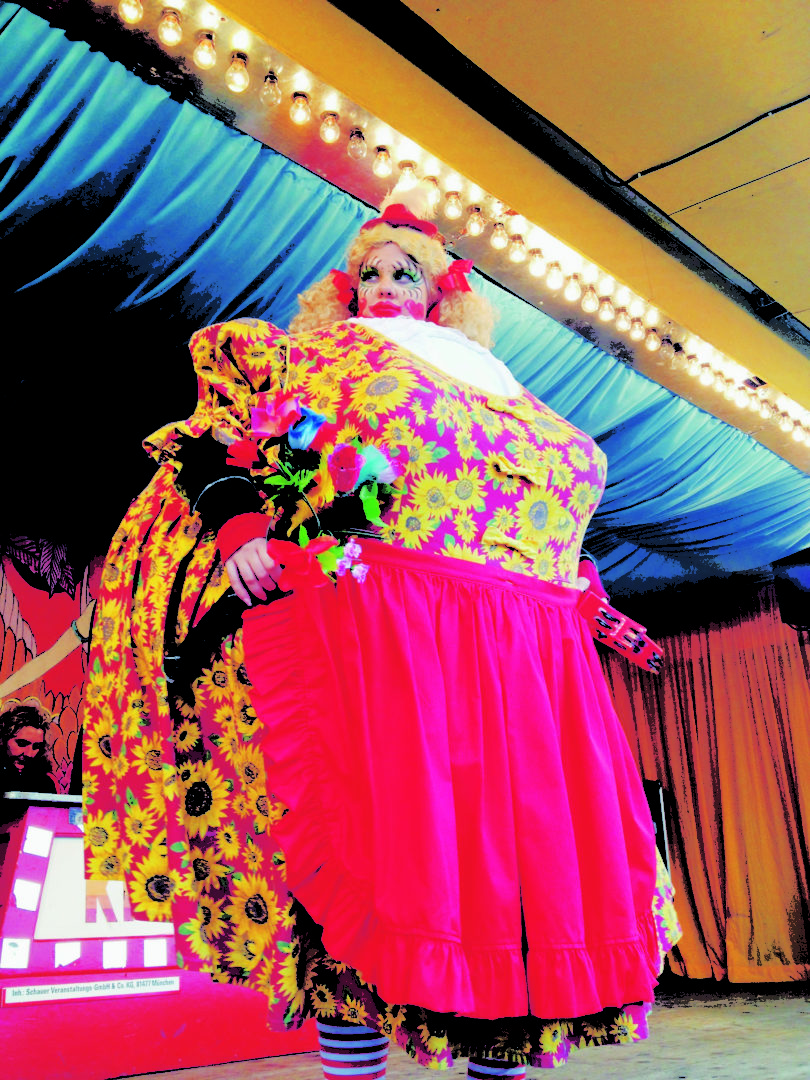 One of them operates the “Krinoline”, an original carousel with its own brass band. An absolute cult classic and not-to-be-missed attraction is “Schichtl’s Zaubertheater”. As a visitor, you have to witness the act “The Decapitation of a Living Person (from the audience!) by Guillotine”, since it has been on the repertoire since 1872. Afterwards you can admire the “Woman without Abdomen” in the “Revue der Illusionen”. Visitors of a more delicate disposition can treat themselves to a break in the flea circus, where real living and trained fleas perform, or you can listen to the Munich Bird Whistlers who have the smallest and perhaps most extraordinary business on the Wiesn. The Berger family produces certified bird whistles according to the traditional Bavarian belief that everyone can whistle. 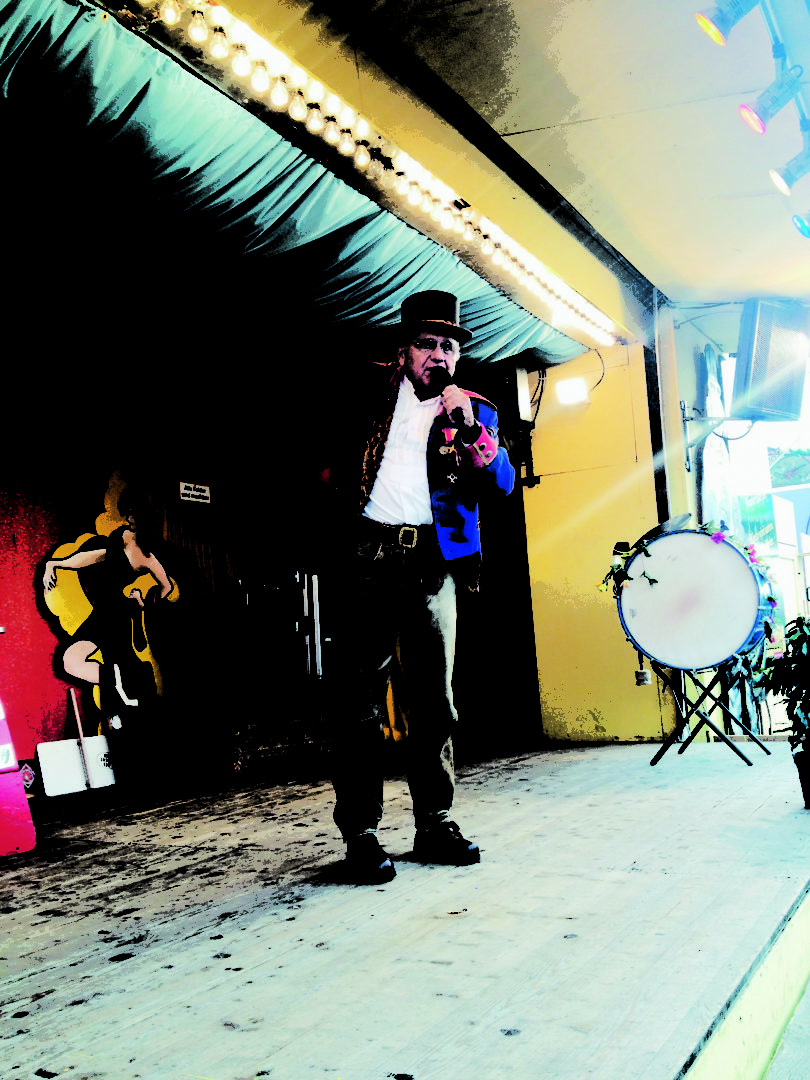 When you start to feel peckish, you might want to try the beef sandwich “Ochsensemmel“ in the Spatenbräu tent. At the entrance you’ll see a sign informing you of the name of the delicious ox, its weight and the number of previously consumed animals. To satisfy your sweet tooth, you have to try the “Apfelkücherl” (deep fried apple slices in a sweet dough). They’ve never tasted better than at Oktoberfest.

If you take the scenic walk to the Bavaria statue, which offers a beautiful view of the Wiesn, you might hear the word “Löwenbräu” murmuring in the distance. Though you might be under the influence, the voices are very real indeed. They originate from the Löwenbräu lions in front of the party tent, who now and again raise their deep voices and roar “Löööwenbräu”. Löwenbräu is one of the six Munich breweries represented at the Oktoberfest. The tradition stipulates that only local beer can be served in the tents. The other resident breweries are Augustiner, Hacker Pschorr, Hofbräu, Spaten and Paulaner.

When darkness falls you can experience a couple of classics: Toboggan and Teufelsrad. The Toboggan brings you skywards on a fast moving conveyor belt, which is a highly amusing and popular spectacle for the audience. Today, the Teufelsrad is a rarity at fairgrounds, but the question remains the same: who can stay on the rotating disc and avoid the ball the longest?

Finally, one might wonder why the Oktoberfest takes place in September. The simple reason is the German climate. In October, it is generally too cold for outdoor festivals, so in 1872 it was decided to move the celebration to September. The Oktoberfest always starts on the first Saturday after 15th September, so this year it begins on 19th September and goes on for the following 16 days until 4th October. On the final Sunday, a romantic atmosphere takes hold of the tents. The end of the Oktoberfest is marked by a sea of light created by thousands of sparklers distributed to the guests.