Nineties Berlin: Travel Back in Time Through Art

Berlin is a city full of history. Be it the architecture that survived the Second World War or the remaining sections of Berlin Wall and its memorials. The latter made nineties Berlin into a very special era. After the Wall fell, the contrasts of the East and West were brought together.

It was a period of squatters, techno parties and political movements. Until now, you could only get a sense of what this decade was like from the personal stories of Berlin locals. However, there has been a special place for this in Berlin since summer 2018. The exhibition is called Nineties Berlin and is dedicated to the key issues faced by Berlin in the 90s.

The origin story of Nineties Berlin

Those who created Nineties Berlin didn’t have a lot of time between coming up with the idea and implementing it. That’s because the space was acquired first and the idea came later. It’s not often that you get the chance to rent a space in a central Berlin location that is also large enough for a historical multimedia exhibition.

So, when a chance arises, you can’t hesitate. That’s what the minds behind the DDR Museum thought and quickly launched a new project once they had been offered the space in the Alte Münze. As such, the concept was developed, planned and executed within six months to create it.

After taking your first steps through the exhibition, it becomes clear why it is described as a multimedia project. When you step into the first room, you will find yourself surrounded by a huge, curved 180-degree projection screen. As an introduction to the exhibition, it displays photos and video excerpts from the most formative moments and movements of nineties Berlin. You will be at the center of it all and can dive straight into this exciting era. 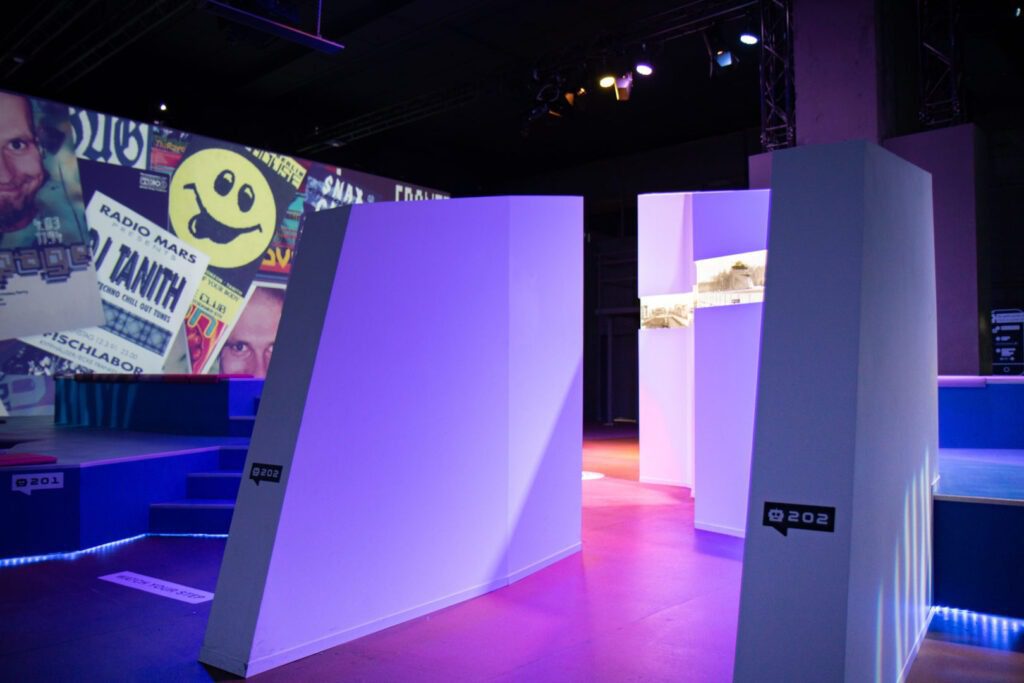 You then move on to hear eyewitness accounts in the Berlin Heads room. Politicians, club owners, police officers, artists and many others tell of their personal experiences during this time on large monitors.

Each and every one of them addresses a decisive aspect of the 90s. While you will hear a cacophony of voices upon entering the room, the individual protagonists can be heard more clearly the closer you get. This effect is achieved using loudspeakers that are hung from the ceiling and positioned in a way that means you will hear each of the witnesses’ stories most clearly when you are directly facing them. This creates a feeling that they are talking to you personally. 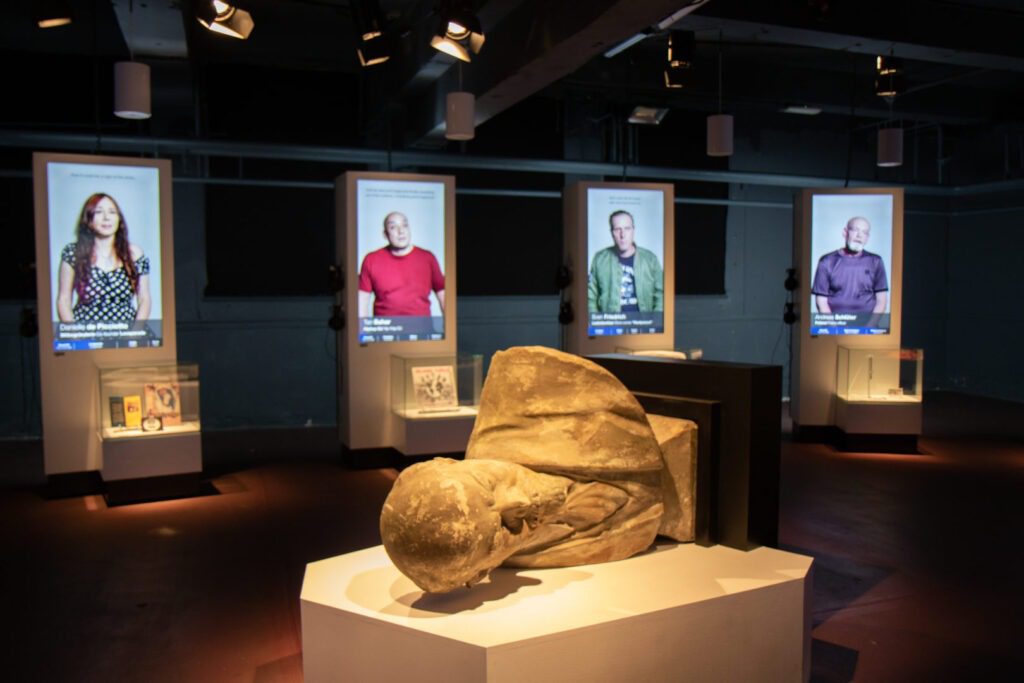 Continuing your tour through the exhibition, you will reach the “Feel the Wall” room. Here, you can really touch actual parts of the Wall, try to climb them and take photos. Behind the Wall, there is a concealed installation intended to instill visitors with a sense of peace and humility. One wall features the names of the 140 victims of the Wall, and another wall opposite shows weapons as a symbolic depiction of the inhumanity of the Wall. Countless weapons lined up in uniform rows that are aimed at you as you cross the room create a very unpleasant feeling. 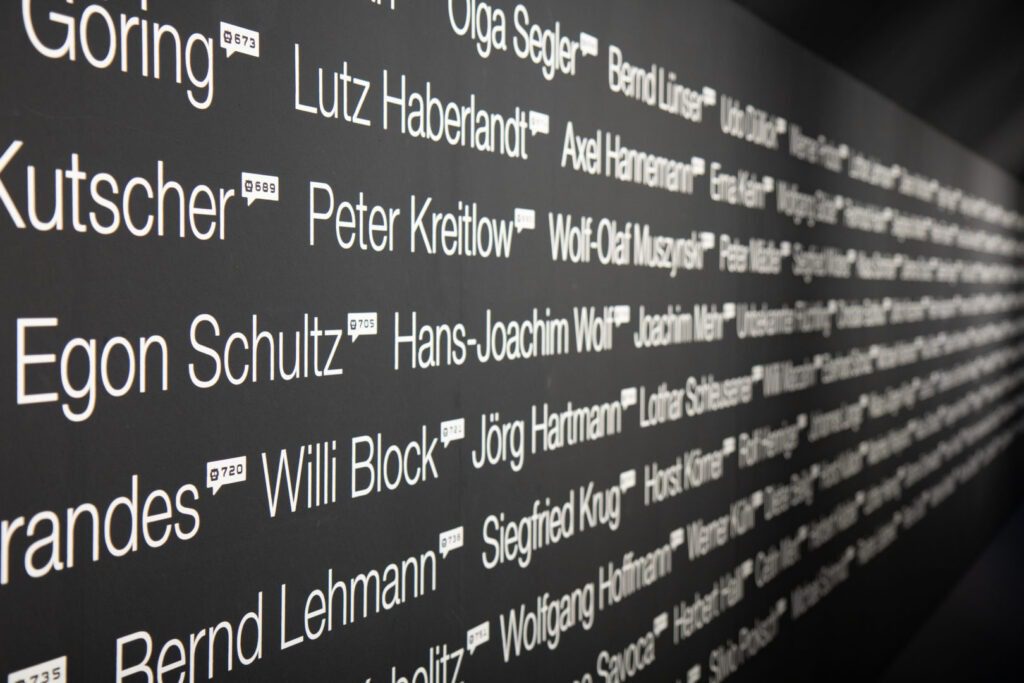 Nineties Berlin: From Humble to Playful

In the following room it gets more playful. “Lost in Berlin” is the name of the labyrinth where you can discover the techno movement of nineties Berlin. Touchscreen displays at every dead end show original pictures that demonstrate how electronic music conquered Berlin. The labyrinth is brought to a captivating close with the Love Parade. In a room completely lined with mirrors, hit after hit from the musical demonstration is played from the DJ booth. It’s no wonder that the visitors often start dancing at this point. 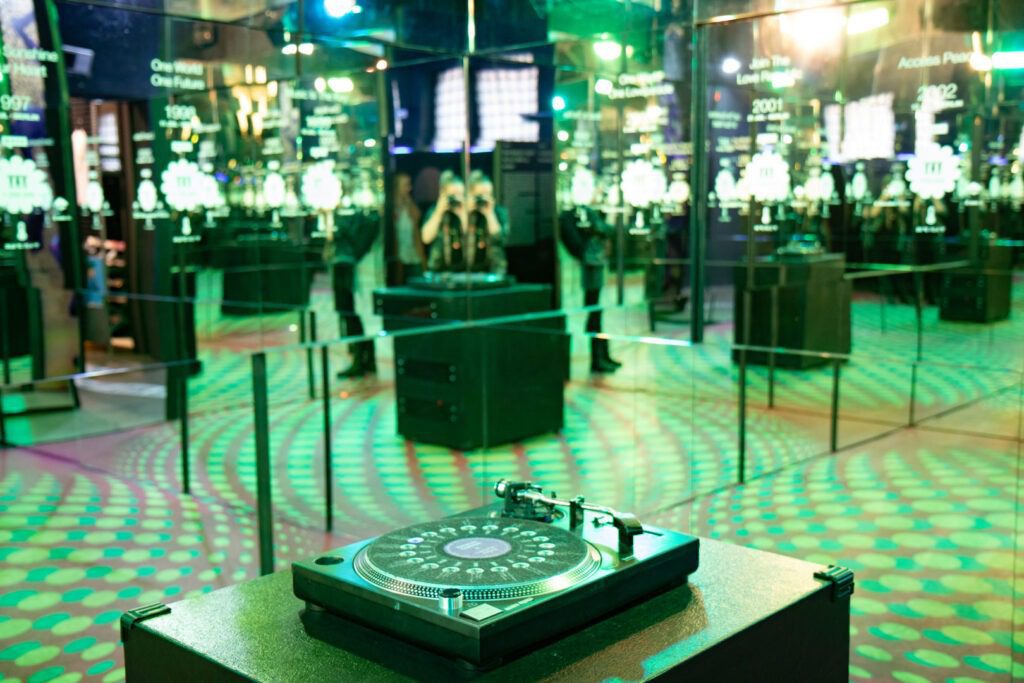 This ensures you will leave the exhibition in a good mood, despite the sobering topics it covers, and with a feeling that you have gained an authentic insight into Berlin during this decade.

In addition, anyone interested in learning as much as possible about Berlin in the nineties can download the Guide Bot to their phones in advance for free to guide them through the exhibition. The numbers on the individual exhibits correspond with the information available in the Guide Bot.

You can find and book your ideal hotel in Berlin– fast, comfortable and safe. Then go and enjoy the art!