Imagine the city of London and a kaleidoscope of culture comes to mind. Beyond the architecture delights of St. Pauls Cathedral, Buckingham Palace and The Houses of Parliament, what entices people to choose London as their vacation destination is the beating heart and soul of its diverse art, music, and mixed multicultural diversity.

There aren’t many metropolises that can offer as many activities throughout the day built around international food flavours, classic British heritage, and some of the best fashion and design outlets that always seem to be leading the trends worldwide. For those planning to take their vacation or holiday in London but fear of the often talked about high cost of living; there are a multitude of budget friendly things to do in London that will keep you busy – not forgetting the affordable comfort you’ll find at MEININGER Hotel London Hyde Park. 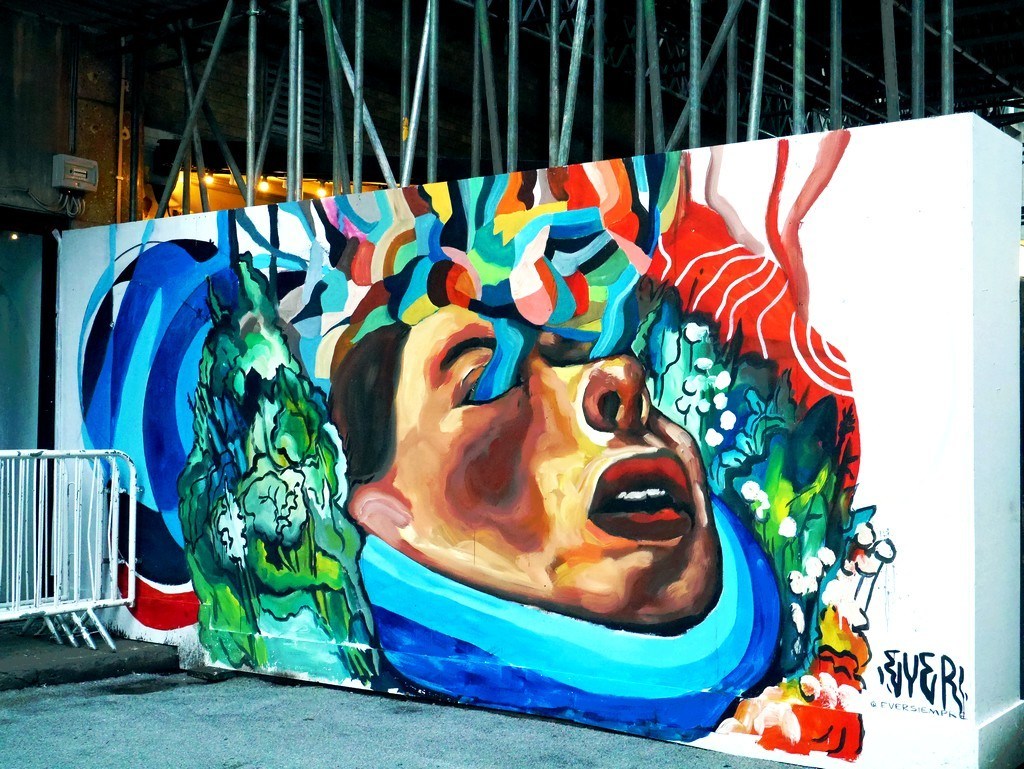 The Great Art Collections Of London

Amongst the best sightseeing options in London, art galleries like Tate Modern and the National Gallery contain within their walls some of the best collections of international works across all periods of influence and discovery; and not only do they contain the works of Turner, Hurst and Rothko amongst them; entry is free to all who wish to pass through their doors.

Walking around the Tate Modern is a must for every traveller to London who wishes to delve deeper into the culture of the country, but due to its high attractiveness, the high quantity of visitors can become a little too much at times. For a quieter access point to London’s culture sector, a trip to the slightly smaller Saatchi Gallery will not only provide you with an interesting around of painted and printed works from both local and international artists, plus it’s also free to enter. 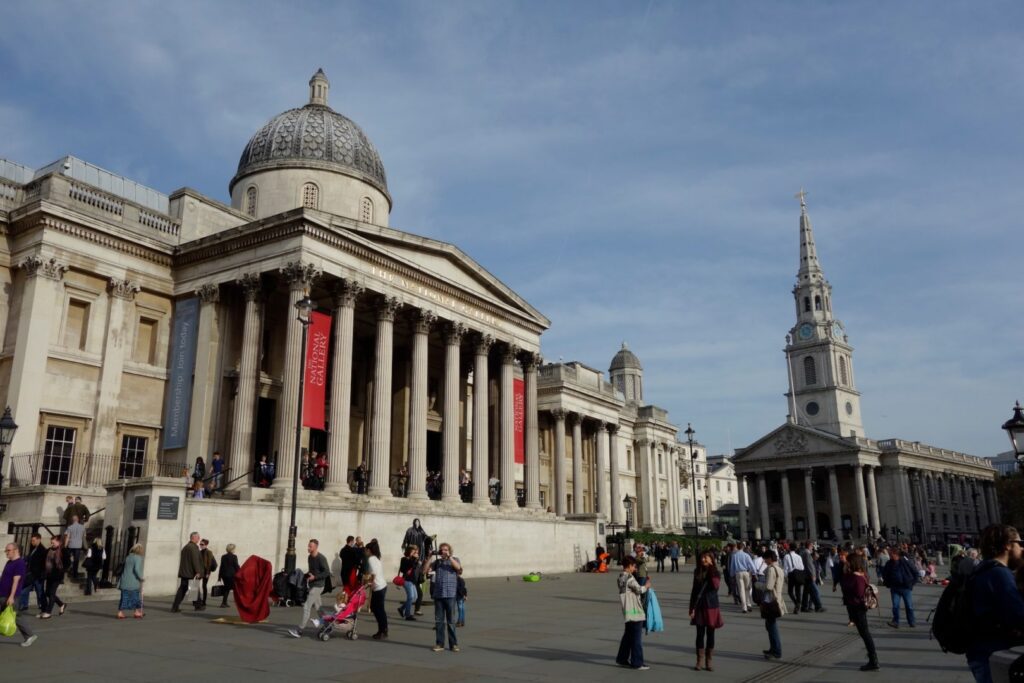 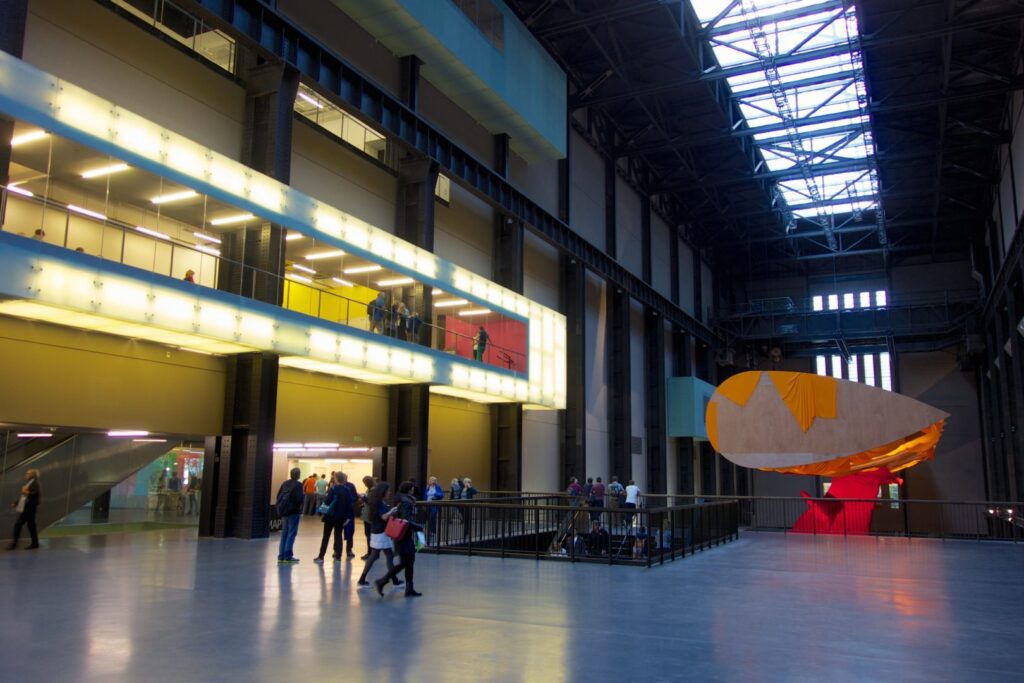 The Streets, Where Fashion Is Made

Ever since the Swinging Sixties, London has long been a capital of fashion, sometimes following the trends set by the fashion houses of Milan and the catwalks of New York City, but more-often-than-not, setting the trends for the seasons of next year and the one to follow that one.

Just taking five minutes to watch the youth in London’s East End can give you a glimpse of not only where fashion is today, but also where it’ll be tomorrow. Use those minutes to walk down design markets and hipster-filled streets like Brick Lane and you’ll soon see what’ll be worth wearing next year. 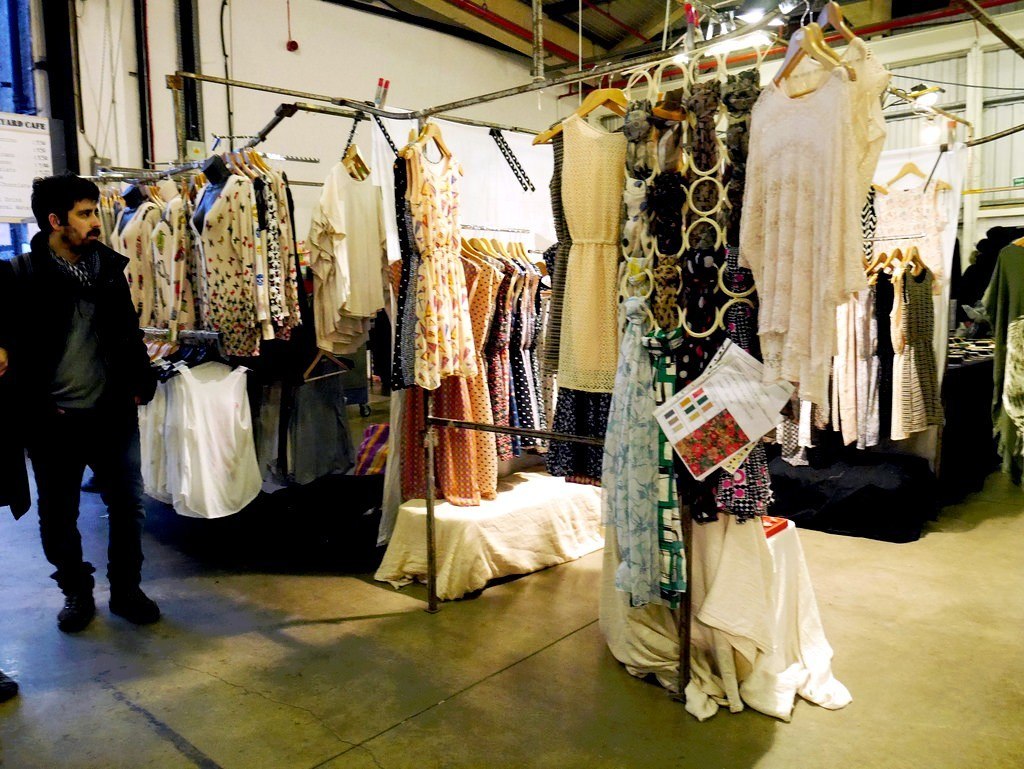 There are pubs all around the world that try to mimic the great cornerstone of many a street in the United Kingdom, but very few manage to truly capture the unique feeling of this traditional hangout. Whilst the traditional of old men with flat caps sipping dirty beers in even dirtier pint glasses may have once been the tradition, the modern pub today is a welcoming place for everyone, families included.

There are many varying options for travellers to London to responsibly try both the pub and cocktail bar options in the city, including in the immediate vicinity of MEININGER Hotel London Hyde Park. In just over ten minutes you can walk to and order a pint of culture from The Builders Arms, a popular pub amongst locals and great example of how the pub experience has been given a modern facelift without out losing an of that traditional charm, whilst remaining well priced for your budget too. And if that’s not enough, you can always stay and enjoy a drink and the company at the in-house hotel bar at MEININGER Hotel London Hyde Park.

The Culture of Music in London

Music is central to the culture of London. It provides the beat for the heart of the city that keeps it running throughout the week, before then doubling in beats per minute when the weekend arrives; but it’s not just the DJ’s of famous clubs like Fabric and Ministry of Sound, or the indie music of bands like London-based The XX that keep people dancing on the streets of London.

There are a number of free music events to attend in the city, from up-and-coming new bands to basement rappers making their first marks on the scene; but the one that continues to showcase the best of British music is the regularly free classical music performances put on by the Royal College of Music. Open to all, these lunch time and evening free performances have long been an highlight for locals for their cultural significance, but also due to their being friendly on the budget too.

Enjoy The Sights and Smells of London’s Markets

Early mornings, wooden stands, and loudly calling market sellers are not as numerous as they once were in the city, but the older markets still stand and have seen a large resurgence this past decade, with London’s Borough Market amongst the most famous to international travellers. It’s no longer a place for cheap market bargaining, but the selection on hand has never been better; with exotic fruits and vegetables, locally brewed beer, and fresh homemade pastries piled high. Treat yourself to a custard tart or two if you have the change, but for the budget conscious a wonder around and between the many cottage-industry stalls featuring their own luxury baked goods is a sensory experience in itself that must not be missed. 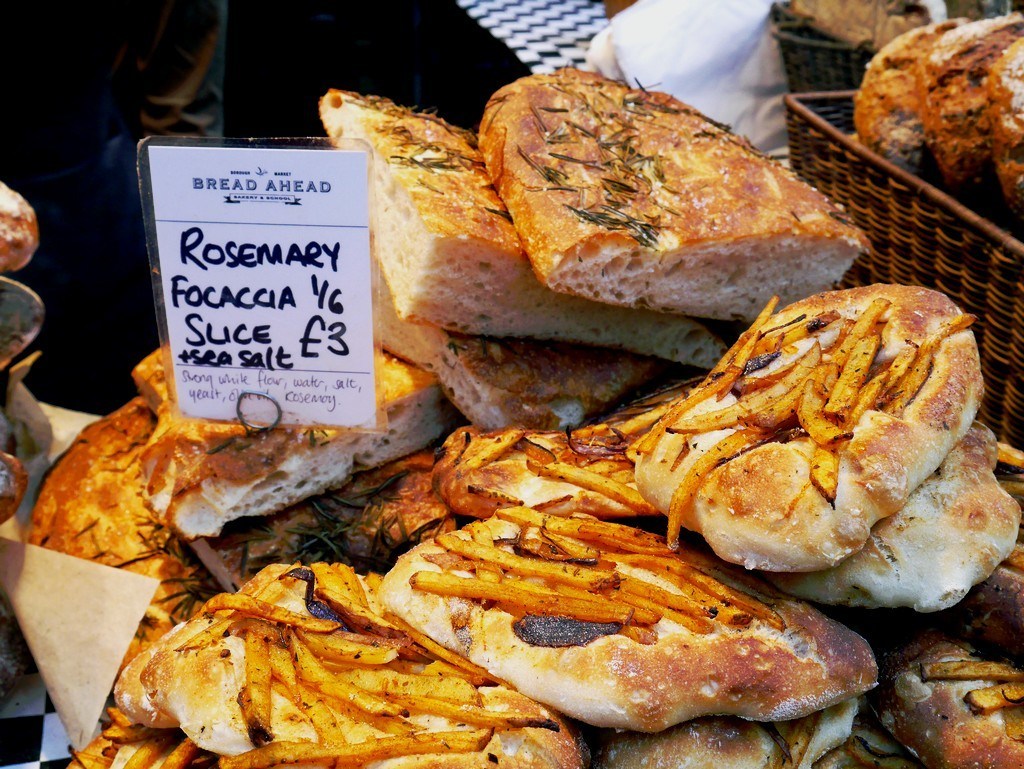 Hop On A Red Bus

The double decked buses of London city are instantly recognisable around the world for their distinctive red paint, and whilst the design may have changed through the years, the classic red design has stayed the same. There are so many transport options in London, but the routes of and views from the top floor of London buses are unrivalled as they pass down famous streets and popular attractions. Instead of the limited view that the Underground system provides, there are a number of guided tour bus options that allow you to Hop On, Hop Off with their ticket at each interesting attraction, but it can be done cheaper still.

Using a London Transport One Day bus pass, you can follow this alternative bus tour  and still see all of the same famous landmarks and attractions for a fraction of the price, whilst still being able to hop on and off when you please. 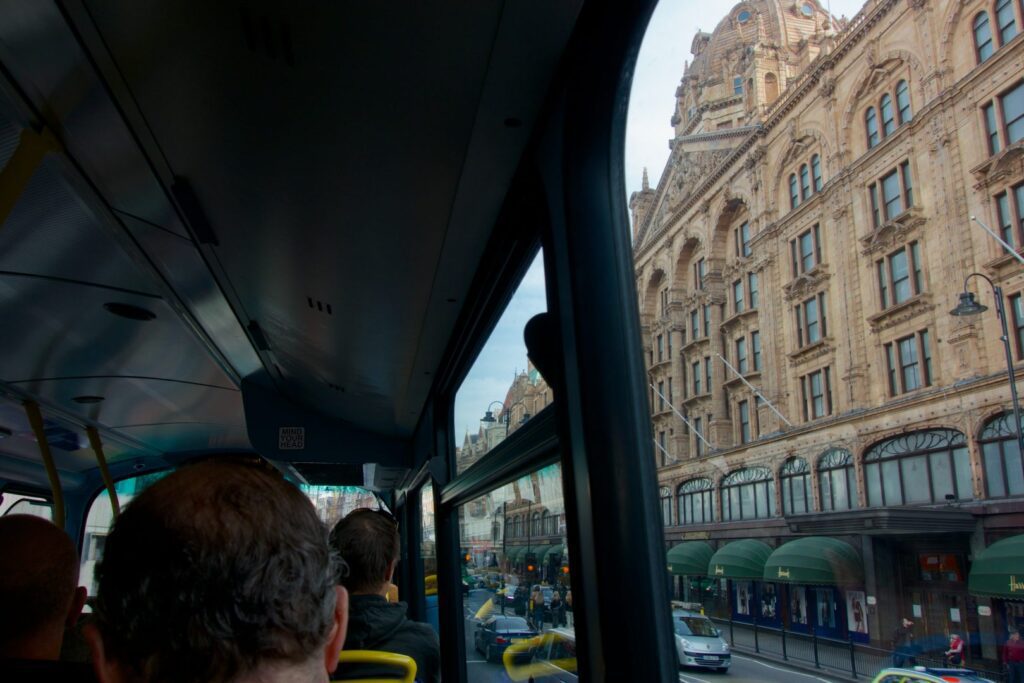 The Tower of London, the London Eye and St. Pauls Cathedral are amongst the most visited attractions between both British and international travellers to London, and their popularity shows no sign of slowing. Entrance to some of London’s attractions can come at a high price, especially for those on holiday as a family, so making every saving possible is essential. To make a saving at attractions like Kew Gardens and those above, be sure to read over the 2-for-1 discount entry guide put together by National Rail.

India, Chinese, Italian, Mexican, French and Japanese are just a handful of the international cuisines that can be found in London, and that’s not forgetting the great British classics that every traveller must try. Throughout city you’ll find fantastic food options that include both the hippest and newest fusions, but if you’re looking to keep your expenditure down whilst still trying a slice of British food culture, then be sure to keep your eye out from the many budget friendly Chinese buffets, Turkish takeaways, and smaller family run Indian restaurants where you’re almost guaranteed to find a friendly price and a delicious dish. 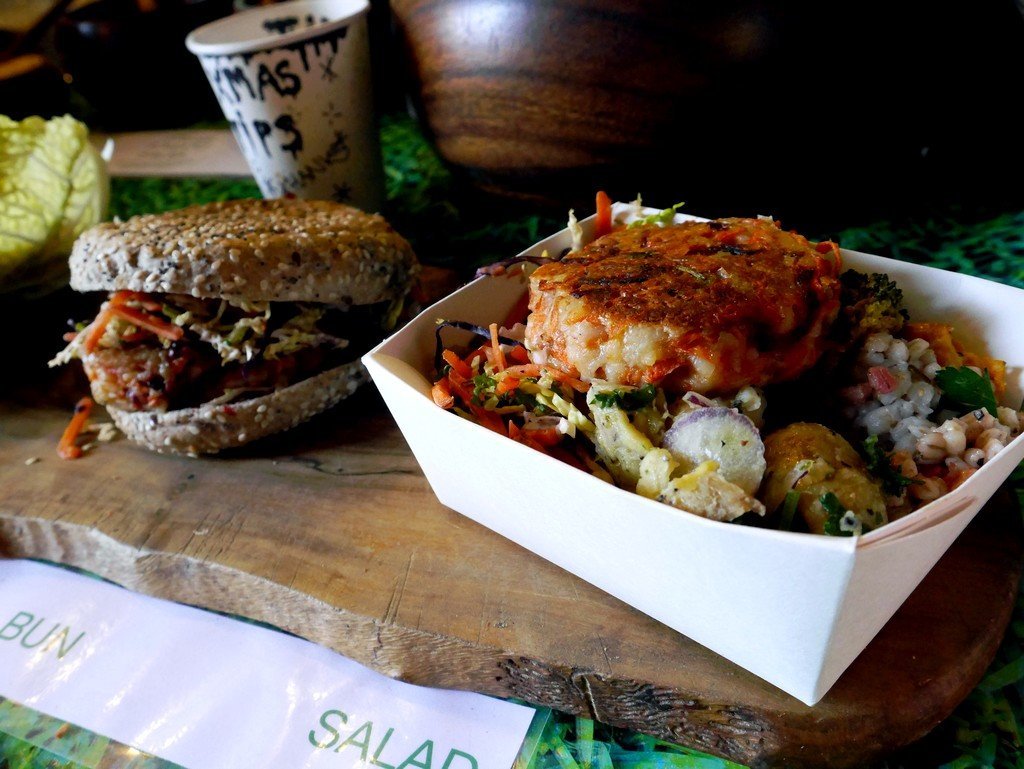 Rather than spending than fighting amongst the crowds during the midday hustle between the many landmarks that mark the skyline of the city, why not instead see the city at night whilst most people are either filling up the many bars and clubs, or in bed? Walking along the street-lamp lit centre of the city with a camera – and tripod for fantastic long exposure pictures – will present you with many unforgettable night time shots that so many people miss. 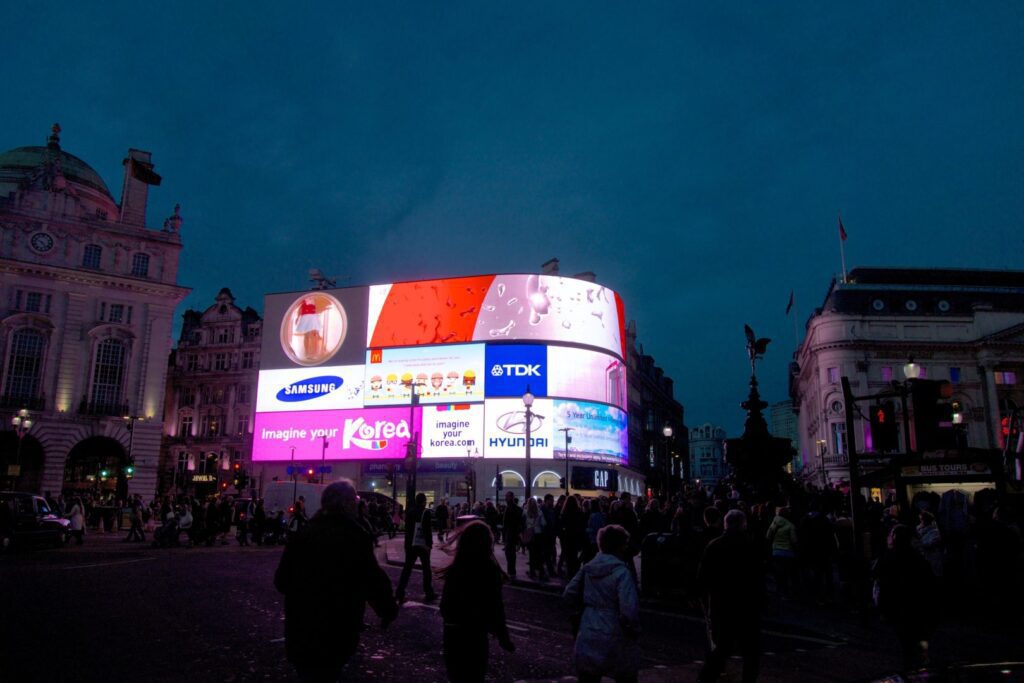 A Hole In One

For older guests of MEININGER Hotel London Hyde Park, London has a number of late night activities to keep you entertained. At Swingers – The Crazy Golf Club you can play crazy golf like no other with your accompanying travelling friends. With an in-house bar and food options, you can get your first taste of London’s unique nightlife before you start to explore popular districts like SoHo and Camden Town, whilst having great fun at the same time. Plus, it’s very budget friendly too.