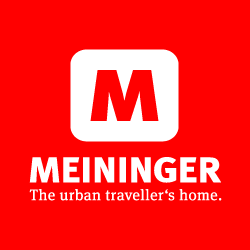 Hotel in South Kensington: Royal London For A Great Price

The Queen herself has visited MEININGER Hotel London Hyde Park- our friendly atmosphere attracts all types of people! The hotel is located in the charming neighborhood of South Kensington which gives our guests access to entire city with ease via excellent public transport connections. Hyde Park itself is a 5 minute walk away. The Royal Albert Hall is located here as well as the Natural History Museum.

The MEININGER Hotel London Hyde Park provides guests with exactly what they need to have a fabulous trip and discover the real London. There is free Wi-Fi available throughout the hotel and late check-out for those guests who want to sleep in. You can even grab a packed lunch before you step out to explore the city. This is service fit for a Queen!

Guests are required to show ID and a credit card upon check-in.

For our group travellers the multi bedded rooms are equipped with up to 12 beds and private bathroom. For more information on the rooms, please contact our experts in group sales.

You book a bed in the mixed dormitory, which has no more than 12 bunk beds. You share the room with other guests. From 18 years!

You book a room in the women's dormitory, which has no more than 12 bunk beds. You share the room with other female guests. Women from 18 years!

This is how our guests rated MEININGER Hotel London Hyde Park

I was on my first solo trip and wanted to wait till the end of my trip to compare Meininger against all of the other hostels I was staying at during the trip. By far, Meininger was the best off all

Booked into a room of the third floor which is not newly renovated. But I was pleasantly surprised how spacious and airy the room was. The room was super clean and this is testament to the high

it was a very nice place a friendly staff, the bathroom is very small in my opinion

A budget stay in a fantastic location with family friendly facilities

A private room for my family was the perfect budget option for our weekend visit to London. No frills but plenty of space in our bedroom and free wifi. The toilet/shower cubicle is small, think

Hotel in West London- MEININGER Hotels in the Capital

The metropolis on the Thames attracts a variety of visitors who come for all kinds of reasons. It could be an important business trip, a school expedition, a family holiday or a fun interrail trip. MEININGER Hotel London Hyde Park has modern affordable rooms for all types of visitor. This includes single and double rooms, family suites with cots, multi-beds and dormitories. There is a place to sleep for everyone!

The mixed dormitories with a maximum of 12 beds are well suited to backpackers looking for affordable accommodation on their city break. Thanks to the central location of the MEININGER hotel they can take the underground to quickly get to all the attractions of London

Parents with children can go shopping spree in Covent Garden. There is something for everyone in the many shops and boutiques. The MEININGER hotel also has the right kind of room for every family. Including a cot if desired.

After visiting Big Ben and Westminster Abbey school students on a class trip can play a round of table tennis on the large terrace at the MEININGER London Hyde Park hotel. Afterwards they can go to sleep in the shared rooms with modern facilities.

MEININGER Hotel London Hyde Park is located in South Kensington, an upmarket and lavish area in West London. There is so much to do in the local neighborhood that you will not even need to get on the tube or bus to have a fantastic time!

As our namesake indicates, Hyde Park is just moments away from the hotel reception and well worth checking out. Hyde Park is a huge grade 1 listed green space, and one of the major parks in the city that make up the "Lungs of London". It covers an area of 350 acres and has so much to do and see including the Diana Memorial Fountain, the "Serenity" bronze sculpture and the Holocaust Memorial. It is also home to some of the world´s greatest concerts and events including BST Hyde Park, so if you are coming to see this in the summer then we are a great choice for somewhere to stay.

Next to MEININGER Hotel London Hyde Park lies Kensington Gardens which has Kensington Palace within. There is also the Princess Diana Memorial Garden and the statue of Queen Victoria, both well worth a visit. You can even stop by the The Orangery Restaurant, built for Queen Anne in 1704. Have a Royal English lunch or perhaps some afternoon tea, complete with traditional cakes and scones.

The world famous Natural History Museum is just minutes away from the hotel. It exhibits a huge range of  specimens from natural history and even animatronic dinosaurs! Very close by is the Science Museum, which is a hit with all age groups. The exhibitions are interactive and truly fascinating.

If you want to travel further out into London, then that is easily done because of how well connected the hotel is. South Kensington and Gloucester Road underground stations are just a few minutes away by foot.

Activities in London- Cick Here for the Best City Tours