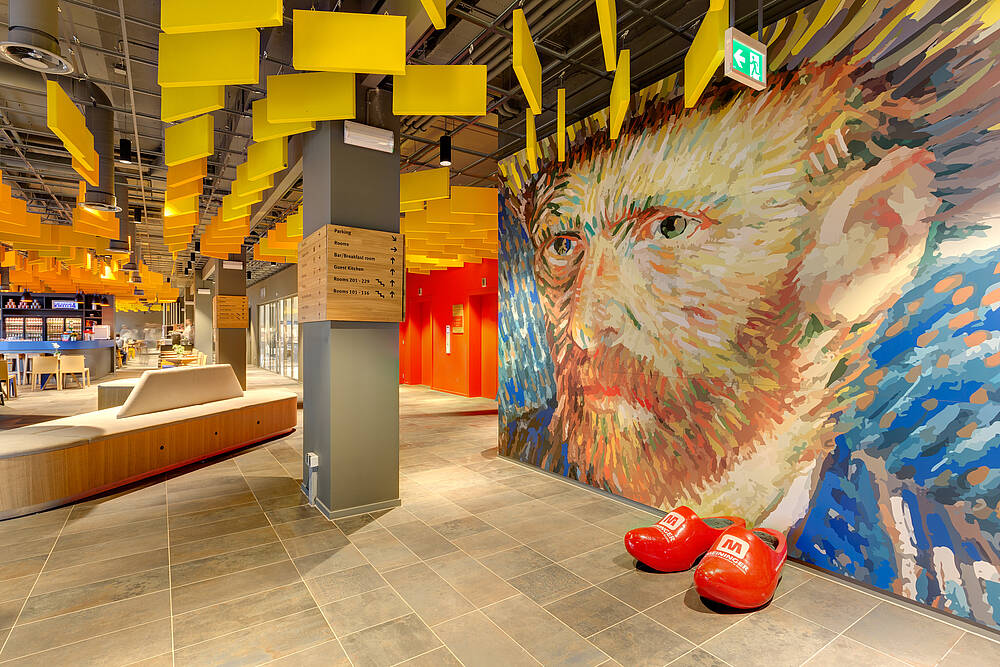 The MEININGER hotel group announced the signing of an agreement for the third expansion phase of MEININGER Hotel Amsterdam City West. By spring 2018, the hotel will increase its current 1,177 beds to 1,585 beds.

In 2012, the MEININGER Hotel Amsterdam City West was the first MEININGER Hotel to open its doors in the Netherlands. Over the past four and a half years, the hotel has been continuously expanded and now comprises of 321 rooms and 1,177 beds.

Because of the hotel's excellent occupancy, the adjacent office building was converted during the first reconstruction phase to create space for new hotel rooms. The second reconstruction phase, which was successfully completed in December 2016, further increased room capacity, and the communal areas were also expanded and completely redesigned. The Dutch artist Van Gogh served as inspiration for the design. His powerful characteristic style gave the new lobby and bar a unique atmosphere and emphasises the vibrancy of these areas of the hotel.

Subject to the building permission, the final expansion phase will see the construction of an additional 102 rooms and 408 beds. The new rooms will be available from spring 2018.

Hannes Spanring, CEO of MEININGER Hotels: "We are pleased to have successfully completed the first two expansions, and we are proud of the possibility of this third and final expansion. This step will almost certainly make the MEININGER Hotel Amsterdam City West the largest hotel in Amsterdam, but definitely the largest in our hotel group."

The MEININGER Hotel Amsterdam City West is in an excellent strategic location near Sloterdijk railway station, one of Amsterdam's most important transport hubs. The hotel is only a 5-minute Metro ride from the city centre and Schiphol Airport is only 10 minutes away.

MEININGER is a unique hotel product that combines the service and comfort of an international budget hotel with extra facilities, such as a guest kitchen and a games zone. The central location, high quality furnishings and fair prices appeal to people of all ages and backgrounds. With the right dose of MEININGER humour and an enthusiastic team, MEININGER hotels with their guests from all over the world become a real home away from home.

The bedrooms range from traditional double rooms through private rooms with multiple beds right down to a bed in a dorm room. The hotels are tailored and adapted to the specific location and the market served by the hotel. The unique and flexible design of each hotel makes it possible to appeal to various target groups alike, such as school groups, families, individual travellers and corporate guests.

In the 'TREUGAST Investment Ranking 2016', the MEININGER Group achieved an AA rating. The group is headquartered in Berlin.